Earlier this week, the Russian Ministry of Defense declared that it has withdrawn a flight of Su-24 (Fencer) ground-attack aircrafts from Syria. This declaration came soon after the withdrawal of Russia’s lone aircraft carrier, the Admiral Kuznetsov.

From the Hmeimim Air Base, the Russian base south of Latakia, Russia has conducted thousands sorties against its targets in Syria, which have mostly included anti-government rebels, along with some attacks against ISIS. As of October 26, 2016, there were eleven Su-24 jets present on the aprons of the Hmeimim Air Base.

New satellite imagery on Digital Globe appeared on January 19, allowing a look at what planes are currently based at Hmeimim compared to the assets from January 10, 2017. All of the photographs below show the northern aprons of the air base, while the southern aprons do not have any visible jets. 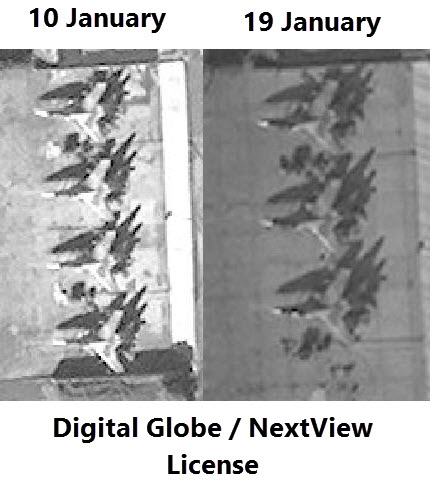 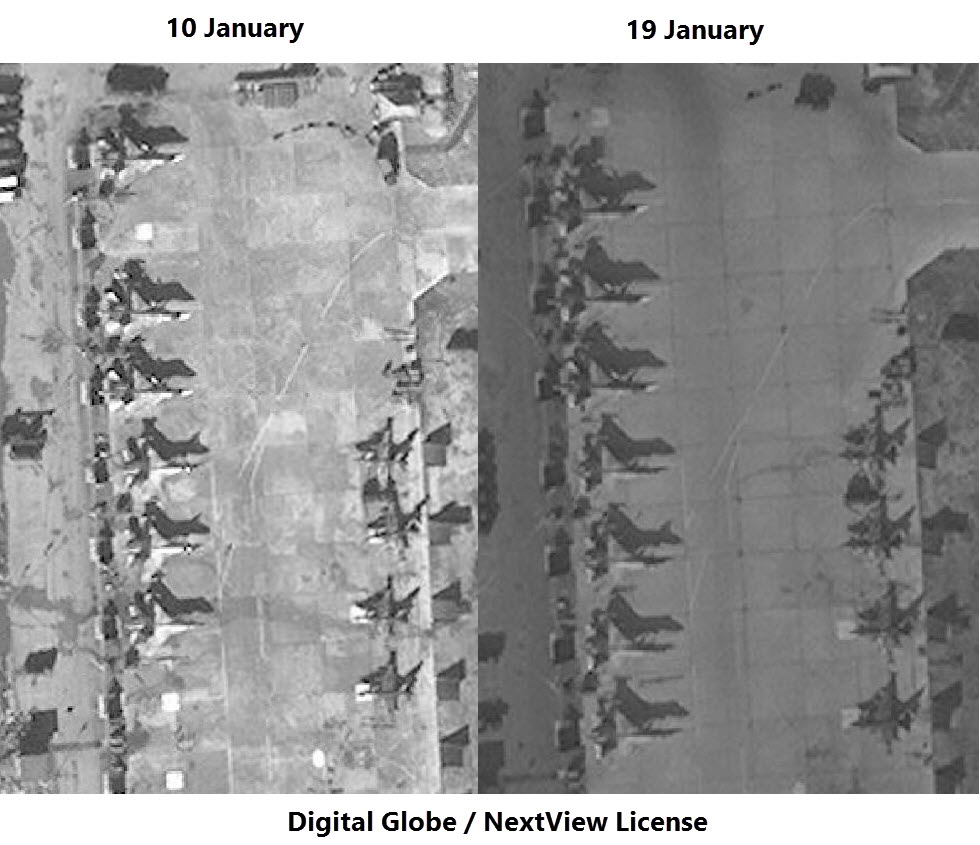 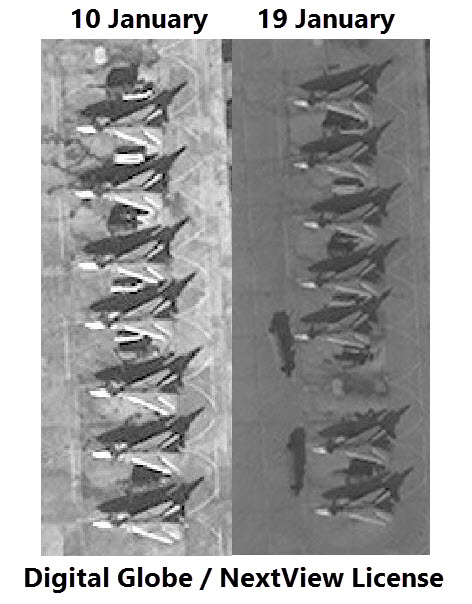 In the western part of the base, additional jets are visible, including additional Su-24 jets (bottom-right). 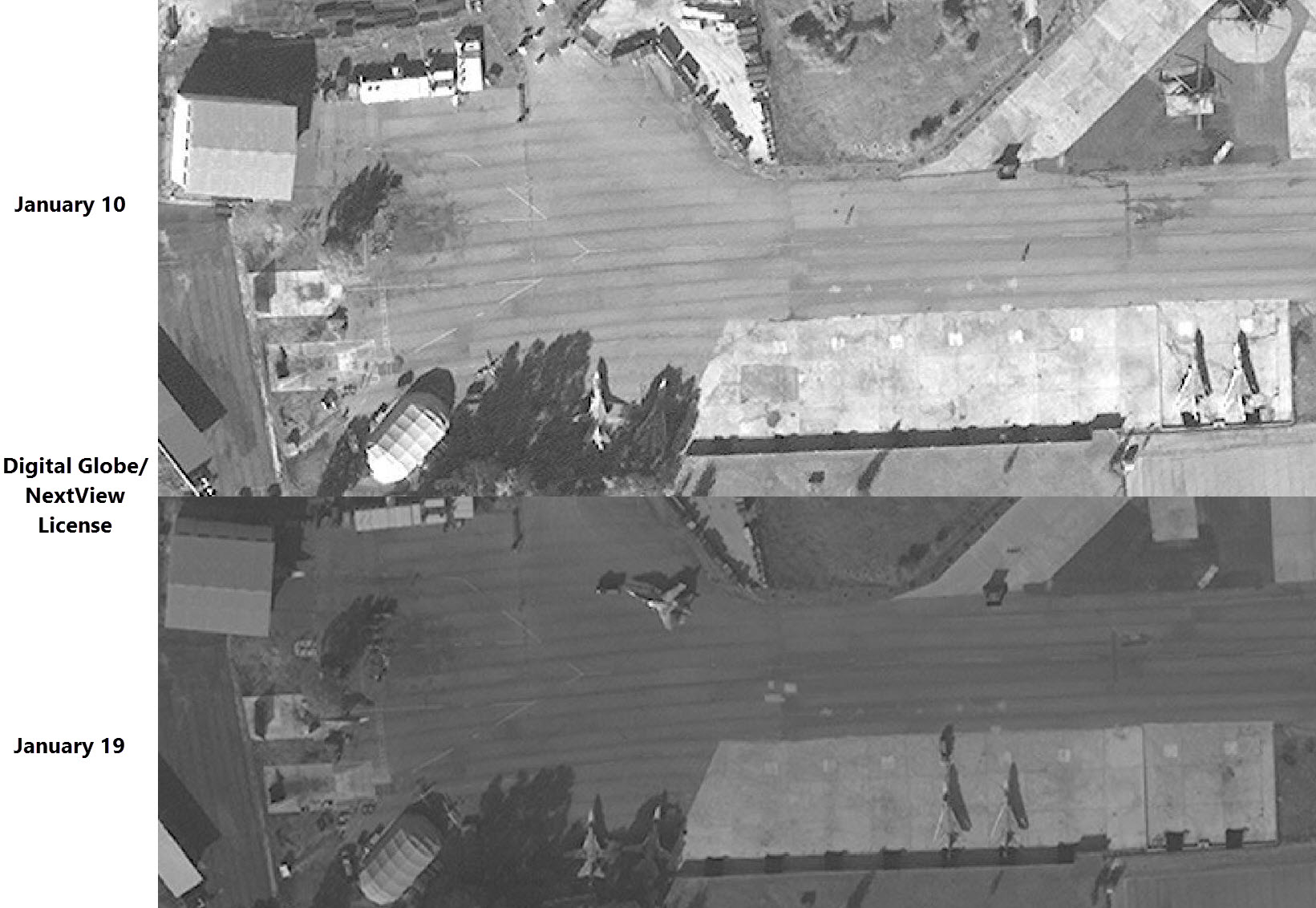 The identification of these planes is confirmed when compared to a previous Startfor comparison, from February 4, 2016 satellite imagery of the same location: 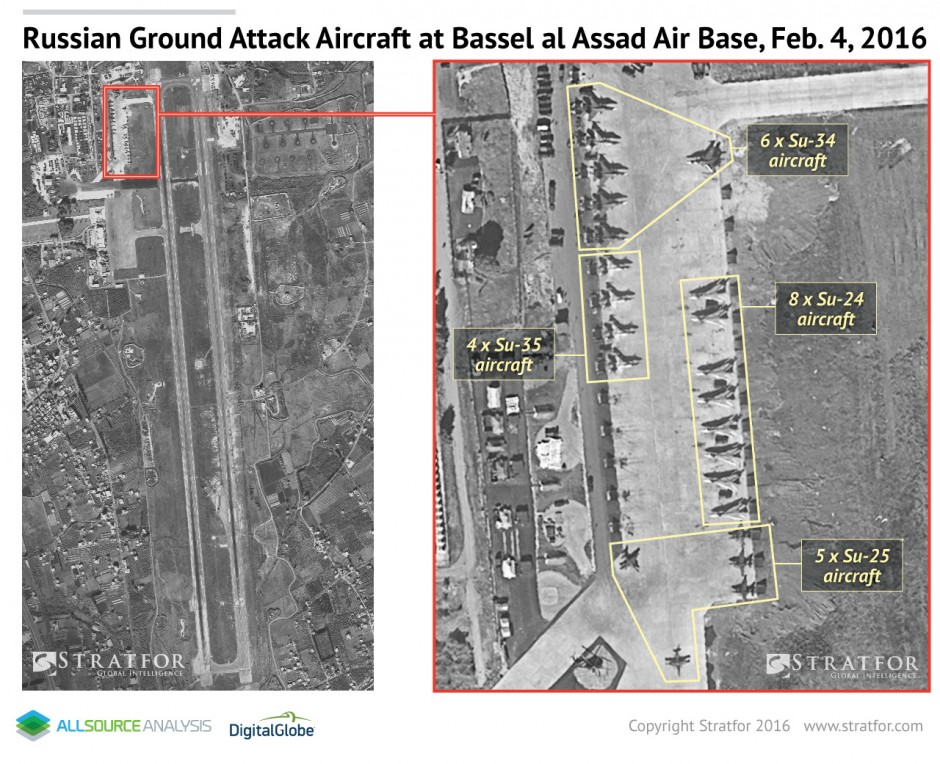