The latest commercial satellite imagery available in Google Earth shows some new developments at Mers El Kebir, Algeria’s second military region naval base subordinate to HQ in Algiers. Space snapshots acquired in February show the completion of a renovated Kilo berthing area now sporting three finger piers. The Kilo had relocated to two of the piers at the time of capture. The third pier will probably host the two pending Kilo ordered in 2014 from Russia’s Admiralty Shipyards. According to Russian media reports, the St. Petersburg-based shipyard will deliver the Project 636M boats by 2018, fulfilling a contract valued at more than $1.2 billion.

Algeria’s existing Kilo fleet is comprised of two Project 636M and two Project 877EKM. The latter were refitted in 1993 and 1996 and included upgrades to the sonar which should extend their service lives near the end of the decade. New Kilo on order will bring the naval arm’s total submarine numbers to six.

Despite issues with smuggling and illegal immigration, Algeria’s expansion of its submarine capability is a significant development.  Sources close to the Russian talks say that “Algeria’s decision to buy more Russian subs was caused by growing regional tension because of the ‘Arab Spring’ events.” It should be noted that the Kilo have a minelaying capability and can carry up to 24 mines at the expense of torpedo carriage. Mers El Kebir is Algeria’s closest naval base to the Strait of Gibraltar, an important maritime chokepoint.

Beyond the Kilo, Algeria’s new LHD, the Kalaat Beni-Abbas, made an appearance at the naval base. The largest boat in the Algerian fleet with an 8800 ton displacement and a length of 143 meters, the Italian-made LHD was delivered in March 2015. Imagery captured the vessel at port in Algiers upon initial delivery; it’s currently unknown where the vessel will be homeported. Mers el Kebir also hosts a shipyard which acquired the tender for constructing three Landing Craft Vehicle Personnel for the new boat. The Algerian LHD may have arrived to test the LCVPs. Unfortunately, we lack information on their build status.

The LHD can carry up to 600 people including the 152 crew complement and has a maximum speed of 20 knots. 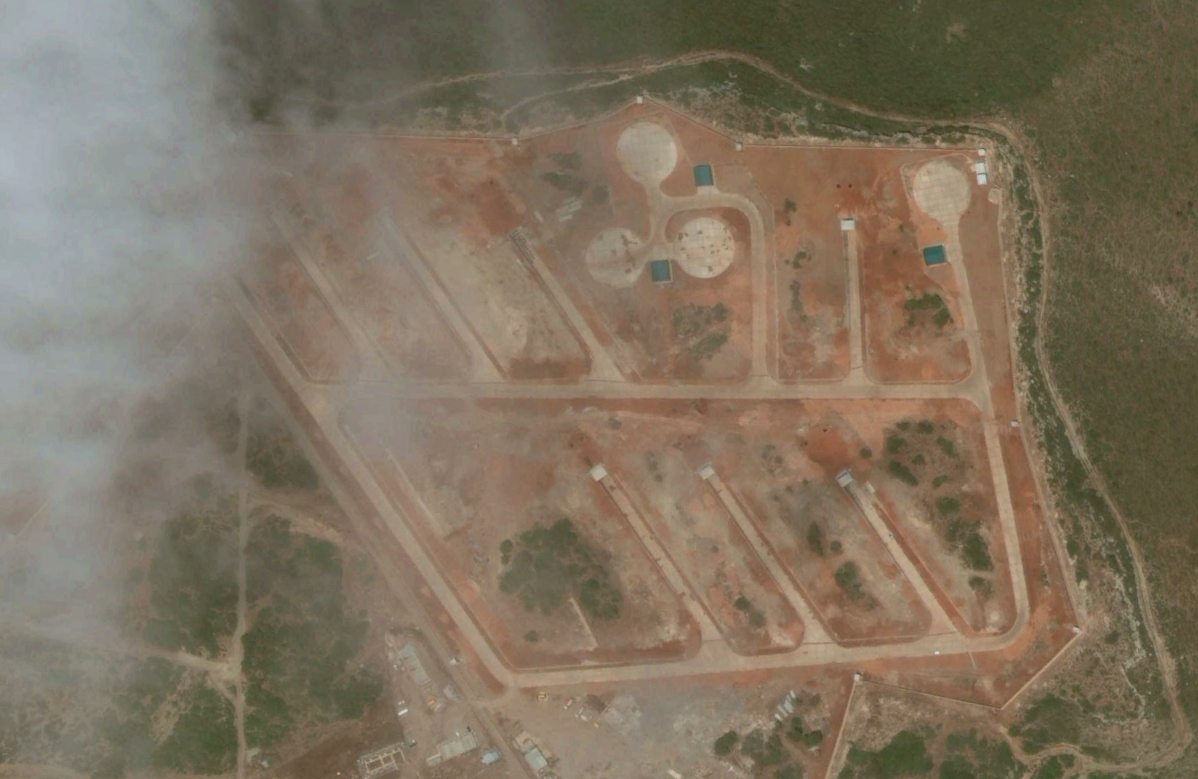