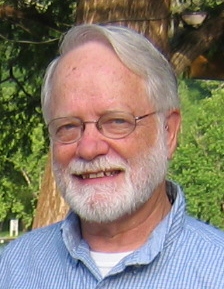 Keith is an Affiliated Faculty member at George Mason University. He received his B.S. in Physics from Texas A&M and his Ph.D. in Biophysics from the Johns Hopkins University. He was on the Chemistry Faculty at the University of Wisconsin before serving as a civilian scientist for the US Navy, DHS, and the FBI Laboratory. Since retiring, he occasionally provides technical assistance to Human Rights Watch and Amnesty International, specializing in chemical and biological defense topics.

The Lethality of Chlorine Gas – A Possible Explanation for High Casualties and Deaths Following the April 7, 2018 Attacks in Douma, Syria

A previous report by Eliot Higgins summarized the evidence for at least two yellow gas cylinders being associated with the April 7, 2018 attacks in Douma, Syria. That report discusses the similarities to previous attacks in Syria known to have involved chlorine gas and mentions fatality counts reported from Douma ranging from 43 – 85+. Four days following the attack, some news sites reported that “about 500” people in Douma had symptoms of a chemical attack

The high numbers of casualties and victims compared to previous attacks involving chlorine have led some to argue that a more lethal substance such as a nerve agent must have been used in these recent attacks. It is difficult to be certain of medical diagnoses based upon third-hand knowledge. The only definitive way to determine what chemical agents were involved is by appropriate analyses of environmental samples and tissue samples collected from victims.

However, analyses of YouTube videos of survivors being treated, videos of the dead taken soon after the attack, and interviews of witnesses and medical personal suggest that the vast majority of the clinical signs and symptoms (such as the corneal opacification and the frothing from mouths and nostrils, due to pulmonary edema, seen on dead bodies) as well as the environmental reports (such as a strong “bleach-like” odor) are most consistent with exposure to high levels of chlorine, although they do not completely rule out that a nerve agent might have also been involved. I provide calculations below indicating that, under certain conditions, the levels of chlorine to which victims might reasonably be expected to have been exposed during these attacks could easily account for the high death and casualty tolls reported.

a.) cylinders of compressed chlorine delivered by barrel bombs that have been rigged with explosives to make the cylinders rupture upon impact,

b.) rockets with small compressed gas cylinder warheads that have been rigged to rapidly empty upon impact, and

In all these cases a large amount of chlorine is released over a large area in the form of a cloud. This is inherently an inefficient method of delivery. The cloud can disperse rapidly depending upon atmospheric conditions. The highly reactive gas is degraded by chemical and physical interactions with materials in the environment. Chlorine has a strong odor and a characteristic light green color that alerts people and helps them avoid the dangerous cloud. People may be able to avoid dangerous levels of chlorine for extended periods of time. These characteristics probably explain the low casualties and death counts in previous attacks.

As Higgins notes in the report mentioned above, the Douma attacks were unusual because, through design or accident, the cylinders did not rupture but seemed to release their contents more slowly. The cylinders were also seen in upper floors of the buildings attacked. Since chlorine is considerably heavier than air, this gas will tend to flow downward inside the buildings, to be protected from dispersion by the wind, to become diluted with surrounding air, and to flow into and even fill rooms on lower floors and basements. Victims seeking shelter from bombing in those locations could have been entering death traps for reasons I explain below.

A person exposed to chlorine gas will suffer various consequences depending upon both the concentration of the gas and the amount of time the individual is exposed to the gas at that concentration. Many details about human exposure to chlorine are given in this National Institute for Occupational Safety and Health link.

The concentration of gas is commonly expressed as “parts per million”, (ppm). Consider these concentrations of chlorine, exposure times, and expected effects on human health based on previous scientific studies: 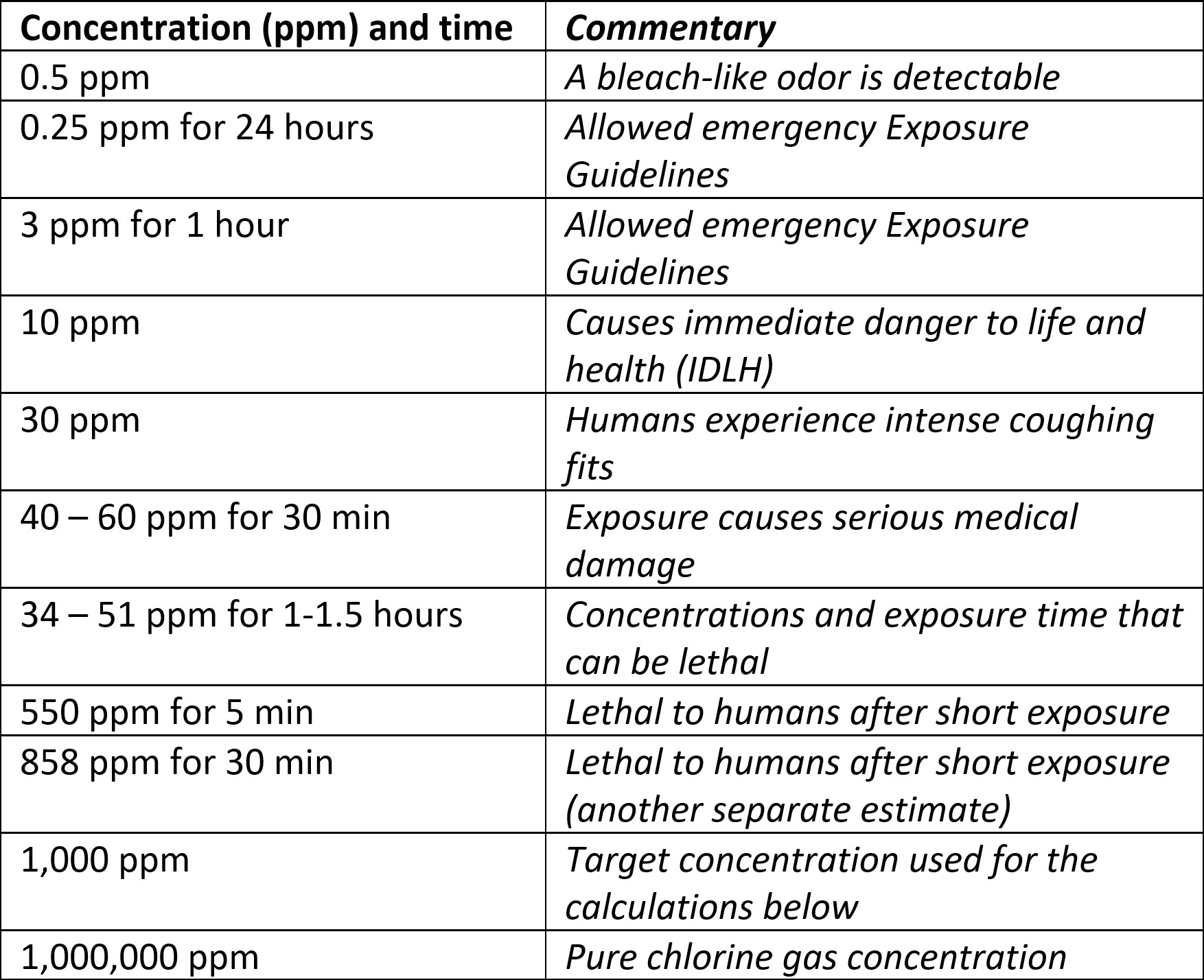 How much chlorine from a cylinder does it take to create these concentrations? What volume would the chlorine occupy? A typical small commercial cylinder of chlorine contains 100 pounds of chlorine. Let’s consider 1% of that content, 1 pound = .454 kg of chlorine. The molecular mass of chlorine (70.91 gm/mol) and the molar volume of an ideal gas (22.4 liter/mol) allow one to estimate the volume of this mass of pure chlorine gas to be 0.143 cubic meters when it escapes from the cylinder. After dilution of this chlorine to obtain a 1000 ppm concentration, we obtain a volume of 143 cubic meters. To gain some perspective, this is the total volume of a room of dimensions 10 m x 3 m x 4.8 m, quite a large space.

Thus, even if only 1% of the contents of a cylinder (1 pound) of chlorine made its way into the lower floors and basement of the buildings attacked, that would be sufficient to fill a large space with a concentration of chlorine that would cause death to those sheltering therein within a matter of minutes. This, of course, does not argue that chlorine alone was involved in those attacks. The evidence is overwhelming that chlorine was used, but the evidence does not preclude that nerve agents were also involved in some way.  Chlorine is less lethal than nerve agents. But its level of lethality suffices to explain the high death and casualty tolls in the recent attack on Douma, Syria.