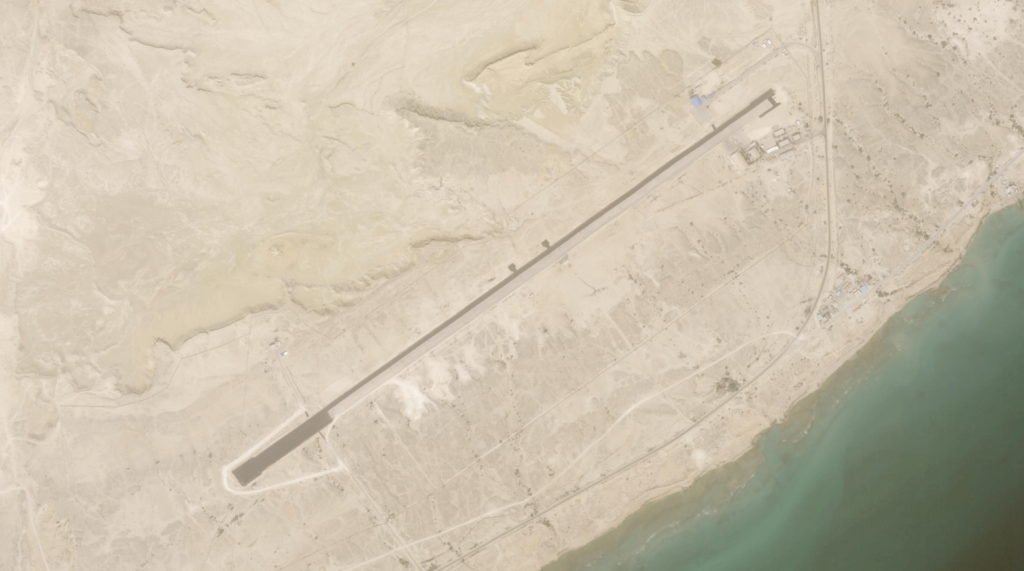 This article was originally published on Offiziere.ch

Iran continues to upgrade the UAV airfield on the island of Qeshm which sits near the Strait of Hormuz, an important maritime choke-point. Satellite imagery acquired in late 2017 and early 2018 by Planet shows workers widening and lengthening the airfield’s runway. The clearing and leveling activity suggests Iran will add a further 13 meters in width and approximately 350 meters in length. The overall runway length will likely exceed 2,000 meters.

On the north side of the runway, two new support areas—not far from where Iran deploys its mobile UAV ground control equipment and rail launchers—was added since mid-2017. The expansion of this area suggests that Iran may increase its capability to monitor vessels transiting the strait or sailing near territorial waters. If previous activity is any indicator, Iran may erect permanent structures to store equipment near operational positions for increased readiness.

On the south side of the runway, trenching—running between the existing support areas—was visible and could suggest cable laying activity. (Similar observations have been made at other airfields where Iran deploys UAVs.) Almost weekly collects reviewed for 2017 suggests UAV flights occur from Qeshm with regularity. Often, multiple platforms are observed operating simultaneously from the location. Recent imagery from October, for example, shows a larger Mohajer variant, a possible Mohajer 6, and a probable Yasir on the runway. (The  Mohajer wingspan was ~7 m).

Lastly, the radar hardstand, located on the south side of the runway, featured the Russian-built 39N6E Kasta-2E2 (Squat Eye) low-altitude surveillance radar. Previously, Iran had deployed the indigenously-developed Matla’-ol-Fajr 3. The 39N6E’s antenna vehicle as well as the hardware vehicle was identified on the stand. The mobile UHF system is mounted on the KAMAZ 6×6 chassis.

Bottom Line – Improvements to the airfield show Iran increasing the surveillance capability of  the Strait of Hormuz.