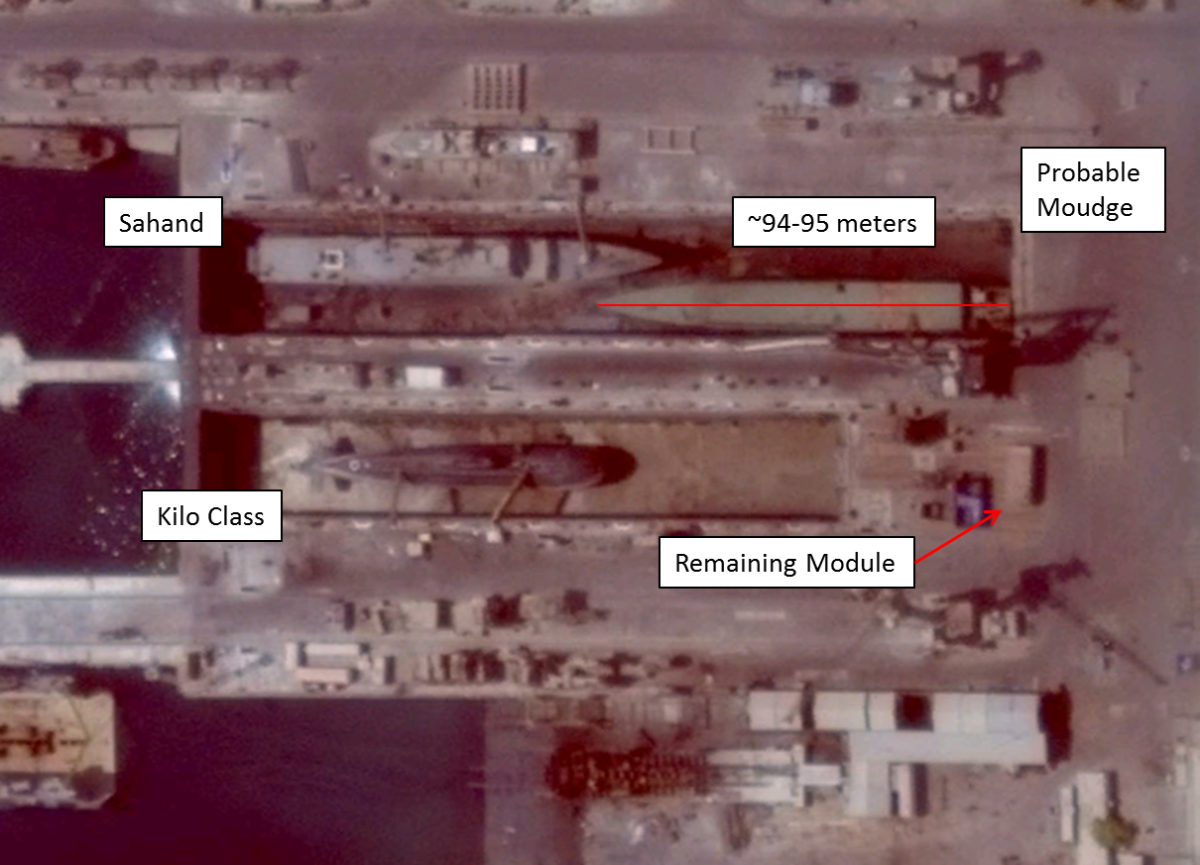 Digital Globe imagery shows Iran making progress assembling ship modules brought out to the dry dock in January. According to measurements taken on imagery, Iran appears to be constructing another Moudge class frigate. The incomplete boat was located adjacent to the Sahand, another vessel in the series, which is still in the process of being fitted out. The two 1,400 ton frigates will support Iran’s goal of projecting force beyond the Sea of Oman.

Experience operating beyond Iranian waters was highlighted most recently in the Iranian press with the country’s efforts fighting pirates off the Horn of Africa. Captain Hossein Sharifi-Nasab told IRNA in November that the navy had escorted over 2,000 commercial vessels in open waters.

Iran joined the international anti-piracy mission in 2008. Since then, Iran’s navy has confronted pirates on at least 150 different occasions in waters ranging from the Gulf of Aden and the Red Sea to the Indian Ocean.

In 2007, the Iranian navy and the Islamic Revolutionary Guard Corps navy were restructured with the latter put in charge of security in the strait. As a result,  Iran’s traditional navy has been able to concentrate on areas that expand its naval influence.

The latest vessel shown in imagery at Bander Abbas is the fourth vessel under construction that will support Iran’s naval surface forces based in the Gulf. It’s these vessels that deploy further afield supporting Iran’s attempts to create a blue water force. Beyond the Gulf, another Moudge class, the Damavand — also previously known as the Velayet — was constructed on the Caspian at Shahid Tamjidi Marine Industries. Imagery as recent as August shows the boat still located near the floating dry dock at the Bander Anzali-based shipyard.

Military representatives quoted in Iran’s press said the Damavand went through sea trials in July. At the same time, Iran performed UAV tests on-board the vessel—though reports did not indicate the type of UAV used. 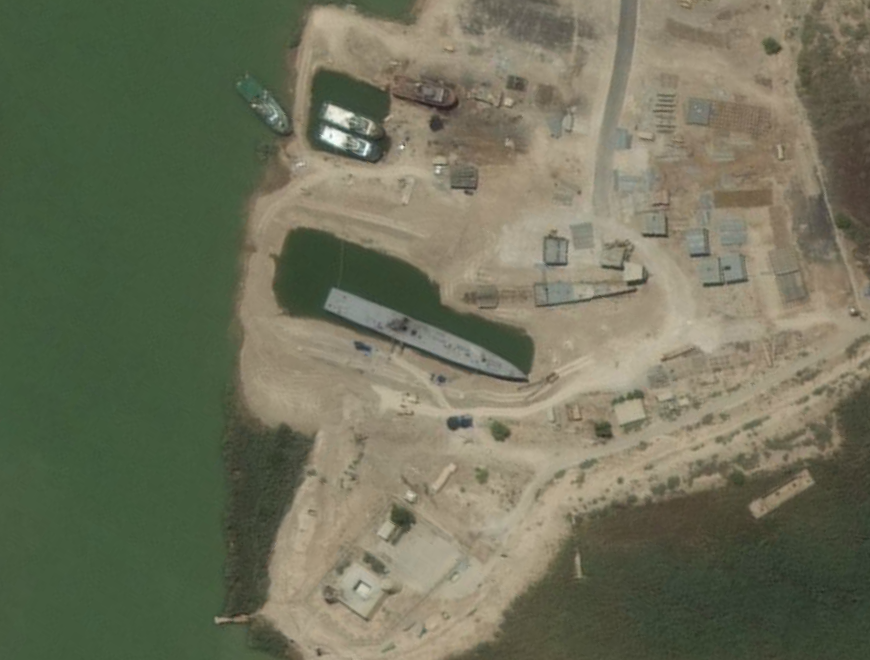 In the meantime, some additional information regarding the Moudge vessel previously observed at the ISOICO shipyard near Bander Abbas has emerged. A review of historical imagery suggests that the hull is actually the Moudge under construction at Khorramshahr. Accordingly, the Khorramshahr-based shipyard has no substantive support equipment to construct the vessel and must therefore utilize equipment at other shipyards. The hull shown in imagery from August 2012 (above) can no longer be observed on 2013 or 2014 imagery.

Although Iran announced that it would build 7 of the ships, only 5 thus far have been confirmed on imagery. The hull at the ISOICO shipyard is now thought to be back inside the fabrication shop.

Iran’s Moudge class are based on the British 1960’s Alvand class (Vosper Mk 5). The vessels measure approximately 94 m in length, displace around 1,400 tons and feature a helicopter flight deck. Armaments include a 76mm gun forward and a 40mm gun aft, torpedoes and four Chinese C-802 surface-to-surface missiles. The lead boat, the Jamaran, was launched in 2007 at Bander Abbas and has been in operation since 2010.

The boats represent another important milestone for Iranian self-sufficiency in the indigenous manufacture and repair of military equipment, a priority since the Iran-Iraq war.