Unnoticed by the mainstream medias, a recent leaked minutes (last English translation, original document in Arabic available here) from a secret meeting between high-level security and military Sudanese officers offer insight into the different ties that Khartoum maintain with Iran, the Gulf States as well as Shia armed groups in Yemen and Libya.

Leaked to Sudanese specialist Eric Reeves on 22 September 2014 who then uploaded it onto his website two days later, the document has been authenticated by various sources. Even though it discusses internal politics as well, the author of this article does not have the knowledge required to provide a thorough analysis. For those interested in this precise issue, Reeves addresses it lengthly on his website.

Held on 31 August 2014 in the National Defence College of Khartoum, this meeting (named the Military and Security Committee Meeting) regrouped the following top Sudanese military, intelligence and political figures:

In May 2014, the Sudanese Foreign Minister Ali Karti stated during a visit to Saudi Arabia that Sudan had turned down various Iranian offers for the building of an air defence system on Sudan’s Red Sea coast.  “Iran, in truth, offered to set up air defense platforms on the Western coast of the Red Sea after the latest Israel raid [2012 air strike on a Khartoum arms factory] but Sudan rejected that because this would require Iranian arms experts (on the ground),” Karti indicated. According to the Sudan Tribune, Karti insisted in his speech that no Iranian military experts were present in his country and he also denied the allegations made by Israel that Iranian weapons were transited through Sudan.

The most striking element of the Military and Security Committee Meeting is the revelation of an extensive military and defence relationship between Iran and Sudan. Through the entire document, the ties between Iran and Sudan are described as being “strategic,” “military” and “defensive.” For example, General Siddiq Amer, Director General of Intelligence and Security, indicates that “Iran is our biggest ally in the region, in terms of cooperation in the areas of intelligence and military industrial production.” Now recall Karti’s words and let’s compare them with the speech made by General Abd al-Rahim Mohammed Husein, Minister of Defence, during this secret meeting:

“I shall start with our relationship with Iran and say it is a strategic and everlasting relationship. We cannot compromise or lose it. All the advancement in our military industry is from Iran. They opened the doors of their stores of weapons for us, at a time the Arabs stood against us. The Iranian support came when we were fighting a rebellion that spread in all directions including the National Democratic Alliance (NDA). The Iranians provided us with experts and they trained our M.I. [Military Intelligence] and security cadres. They also trained us in weapons production and transferred to us modern technology in the military production industry. There is one full battalion of the Republican Guards still with us here and other experts who are constructing interception and spying bases in order to protect us, plus an advanced Air Defense system. They built for us Kenana and Jebel Awliya Air Force bases.” (emphasis added). 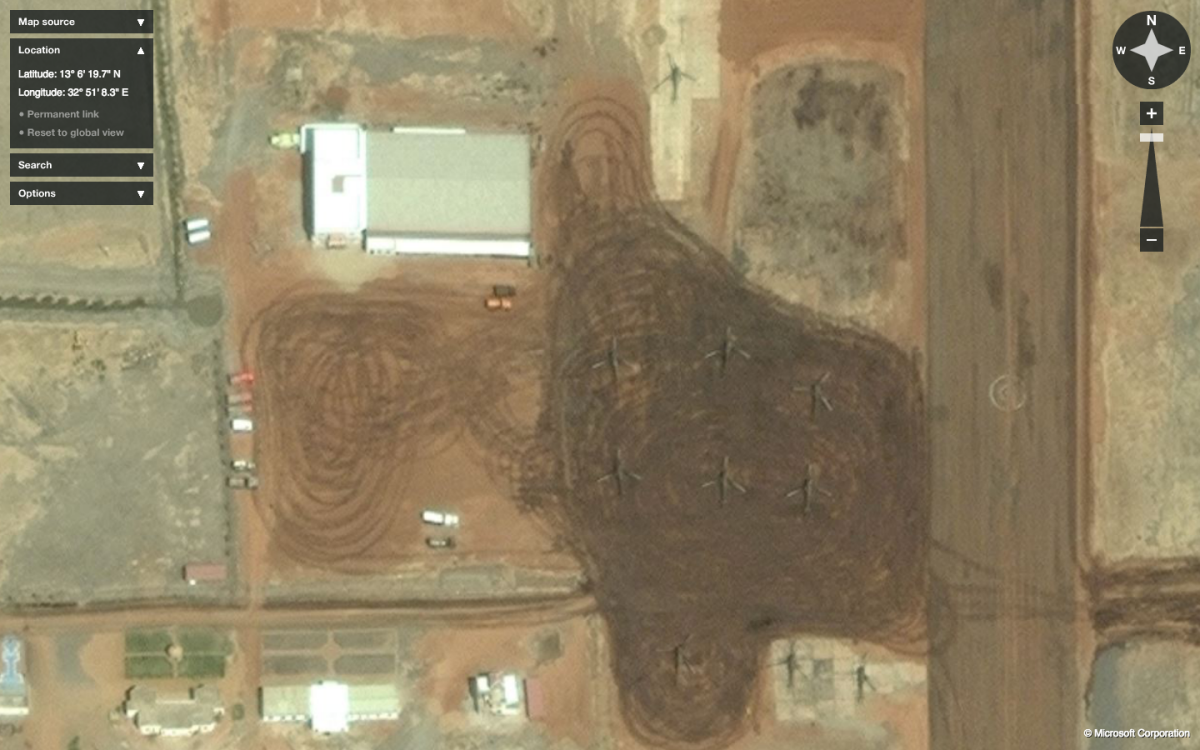 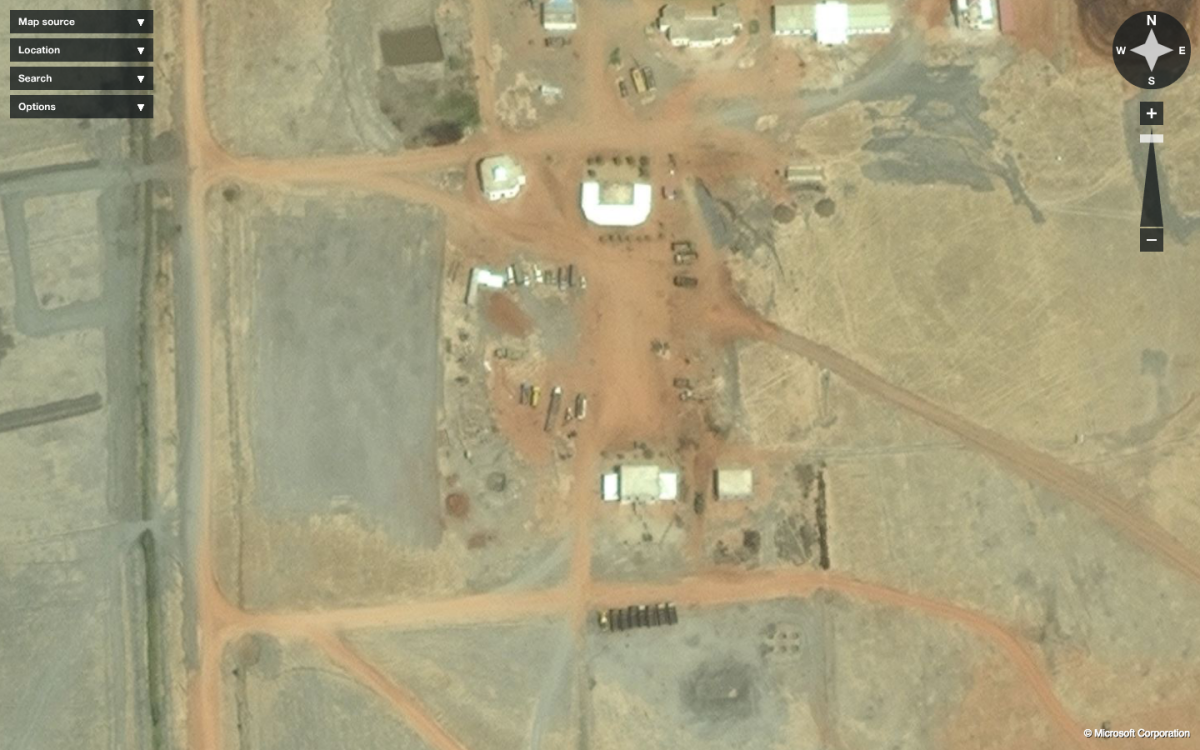 Outlining another machiavellian facet of the Sudanese foreign policy, General Husein reveals that the Kenana Air Force has been used for the transit of Iranian weapons. “One month ago they [Iranians] transported to us BM missile launchers and their rockets using civil aviation planes. We stored them in Kenana and sold part of them to Qatar to support Libya fighters after they were subjected to attacks by the Egyptian and Emirates air forces. That helped them to achieve victory.” Husein’s words thus confirm Libya’s recent denunciation of Khartoum’s logistical support to the Libya Dawn Militias. Furthermore, the minutes reveal that Sudan has also provided weapons to the Houthis (a Shia insurgent group) operating in Yemen. “We have a problem with Saudi Arabia because they found out about the weapons we sent by way of the Red Sea to Abd al-Malik Al-Houthi’s [leader of the Houthis] Shia group in Yemen,” said Major General Hashim Abdalla Mohammed in the meeting.

One last key element of the Sudanese foreign policy that was addressed in the meeting is Khartoum’s rocky relations with the Gulf States and more particularly Saudi Arabia. The main point that comes out of the minutes is that Sudanese intelligence, military, and governmental officials agreed on the need to “maintain good relations with the Gulf States in principle, yet work strategically with Iran, in total secrecy and on a limited scale, through the Military Intelligence and security” (Dr. Mustafa Osman Ismail, NCP Political Secretary). Why is that so? While Sudan is military dependent on Iran as outlined above, it also requires the economic and financial back up of the Gulf States. General Salah al-Tayeb, DDR Commissioner, estimates that “three million Sudanese citizens are working in the Gulf States.” General Siddiq Amer, Director General of Intelligence and Security, reemphasizes this idea: “We will not sacrifice our relations with the Islamists and Iran for a relationship with the Saudis and the Gulf States. What is possible is a relationship that serves our mutual economic interests in terms of investment and employment.”

The minutes of this secret meeting thus offer a great insight into the heart of the Sudanese foreign policy. After reading them, one can conclude that the Khartoum foreign policymakers have a dichotomous perception of the world. General Siddiq Amer, Director General of Intelligence and Security, best outlines this notion: “Currently, the Arab Word got divided into two axis or alliances, the Resistance axis [meaning Iran and Islamic movements] and the Moderate axis [referring to Egypt and the Gulf States]. From this vision of the world stems Sudan’s machiavellian foreign policy: officially improving diplomatic relations with the West and the Gulf States, while secretly providing logistical support to Shia insurgent groups and maintaining military ties with Iran, its patron. As General Amer indicates, “we must have a foot hold in both camps.”