Over the last decade, Chad and Sudan have been engaged in a serious proxy war to support armed opposition groups in their respective countries. This support intensified near the end of 2005. Since then, both countries have attempted to bring the various warring parties back under control—though with little success.

Despite cooler heads prevailing, Chad continued with the acquisition of more advanced aircraft like the MIG-29 multirole fighter, especially since neighboring Sudan had already acquired the platform from Belarus in mid-2008. (Sudan’s MIG-29 can be observed on imagery at the Wadi Sayedna air base where they were recently joined by three Su-24 ground attack aircraft, also delivered by Belarus.)

News of Chad’s pending MIG-29 acquisition surfaced in April 2009 when President Idriss Deby was quoted by the Chadian website Tchadactuel:

“No African country except Egypt, Nigeria, and South Africa has the weapons that Chad has today. In addition to what I have today, I am trying to acquire others. As I speak, my little brother Umar Deby, accompanied by the chief-of-staff of the air force, is in Ukraine, negotiating the acquisition of three MiG-29s, pilots, mechanics, and ammunition.”

Afterward, little else was heard regarding Chad’s plans – that was until recently.

Oleg Volkov, posting on the plane-spotting website airliners.net in May, showed African watchers their first glimpse of an airborne MIG-29 painted in Chad’s camouflage scheme. Volkov tagged his photo’s location in Lviv, Ukraine suggesting that the Lviv State Aircraft Repair Plant (or LDARZ) overhauled the MIG-29 for export.

Located in western Ukraine, LDARZ is one of country’s oldest aircraft repair plants with services for fourth generation aircraft like the MIG-29 going back to the early 1990s. While it is currently unknown what variant Chad ordered, LDARZ is capable of upgrading the platform to the MU1 (FULCRUM C) standard, a capability it reportedly acquired in 2005.

The MU1 upgrade includes the SN-3307 GPS/GLONASS satellite navigation system, overhauled Klimov RD-33 engines, and an increased aerial targeting range. If the aircraft is the MU1 standard, a small blister should be visible on the aircraft’s spine where technicians would have installed additions to the navigation system. Future handhelds may provide more insight.

In the meantime, satellite imagery indicates the initial aircraft was overhauled by the LDARZ with aircraft in existing inventory. A review of historical imagery over the past couple of years has consistently shown 15 MIG-29 in open storage at the plant. The latest imagery from 06APR14 shows one aircraft missing, suggesting it was in a maintenance hangar or out conducting test flights.

Not surprising, the Stockholm International Peace Research Institute (SIPRI) has consistently ranked Ukraine as one of the 10 largest exporters of major conventional weapons for most of its years since independence.

According to SIPRIs trade registry, Chad’s air force had already received six Su-25 (Frogfoot) ground attack aircraft from Ukraine between 2008 and 2010. Imagery from 03JUL14 confirms that they are based at N’Djamena.

Interestingly, imagery from 03JUL14 (image 1) also shows two more Su-25 on the parking apron at N’Djamena. With the platform often deployed out to Abeche (image 3), it is unclear who delivered the additional aircraft and when they arrived—though Ukraine may be a possible candidate. [1] Luckily for us, the new Su-25 have a different color camouflage scheme than those previously sent, making them easy to track.

Imagery first captured these aircraft on Google Earth back in September 2013. [2] A further dig into historical imagery has shown up to four Su-25 with this different camo pattern, suggesting that Chad now has up to 10 of the aircraft. At least two are known to be the UB trainer variant delivered from Ukraine in 2008.

While some things are still fuzzy regarding Chad’s arms acquisitions, one thing is becoming increasingly clear: Chad is one of those growing African countries always looking to acquire more advanced military equipment. While the utility to which that equipment can be employed is questionable, Chad appears to be reacting to a regional arms race dynamic that shows no signs of slowing.

[1] The Evpatoria Aircraft Repair Plant located in the Crimea had not been taken over by Russia at the time of initially delivery. 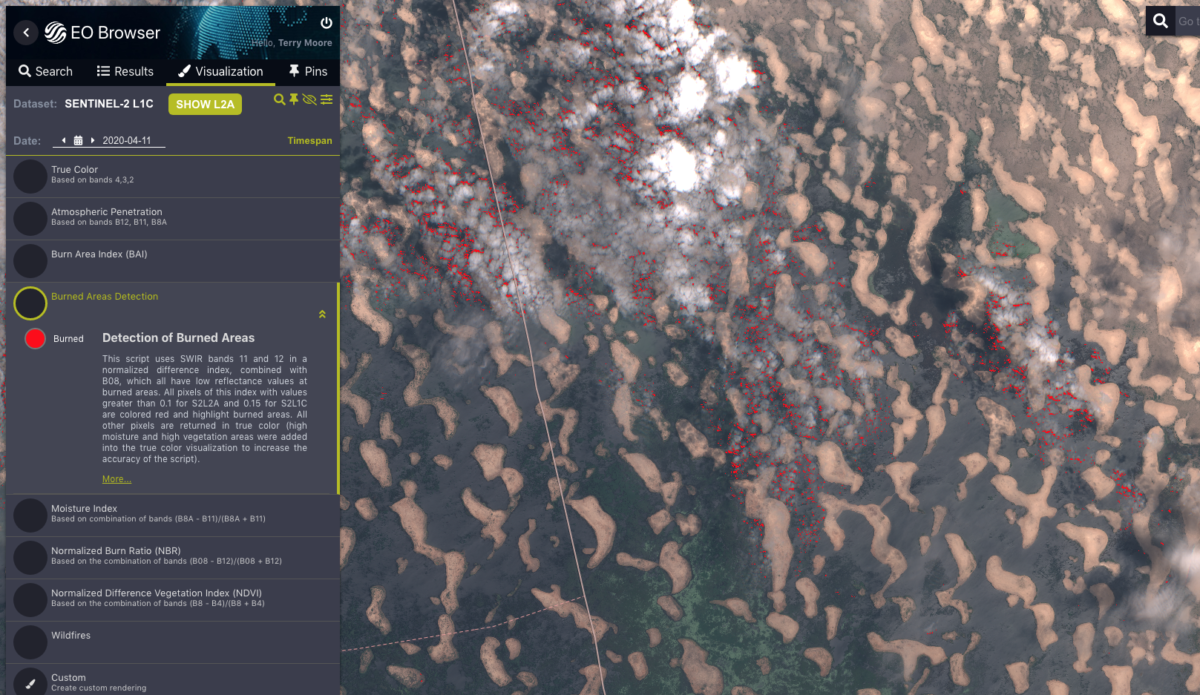 Ghost In The Machine: From Chad, A Case Study On Why You Shouldn’t Blindly Trust Tech