On Friday November 14th, Russian state television ran a story of supposed foreign satellite images showing the last moments of flight MH17, with a fighter jet appearing to fire at the plane. Suspicions arose immediately on Twitter, and inconsistencies were pointed out, quickly leading to the conclusion the image is a crude fabrication.

To start, the image has been posted on a Russian message board on October 15th, claiming to originate from WikiLeaks. This contradicts the origin of these images as being “George Bilt”, whose e-mail dated November 9th was reported as the source of these images.

Overlaying the image with known data points about the MH17 flight path and debris gives the following results, showing the aircraft in the picture off the reported course. 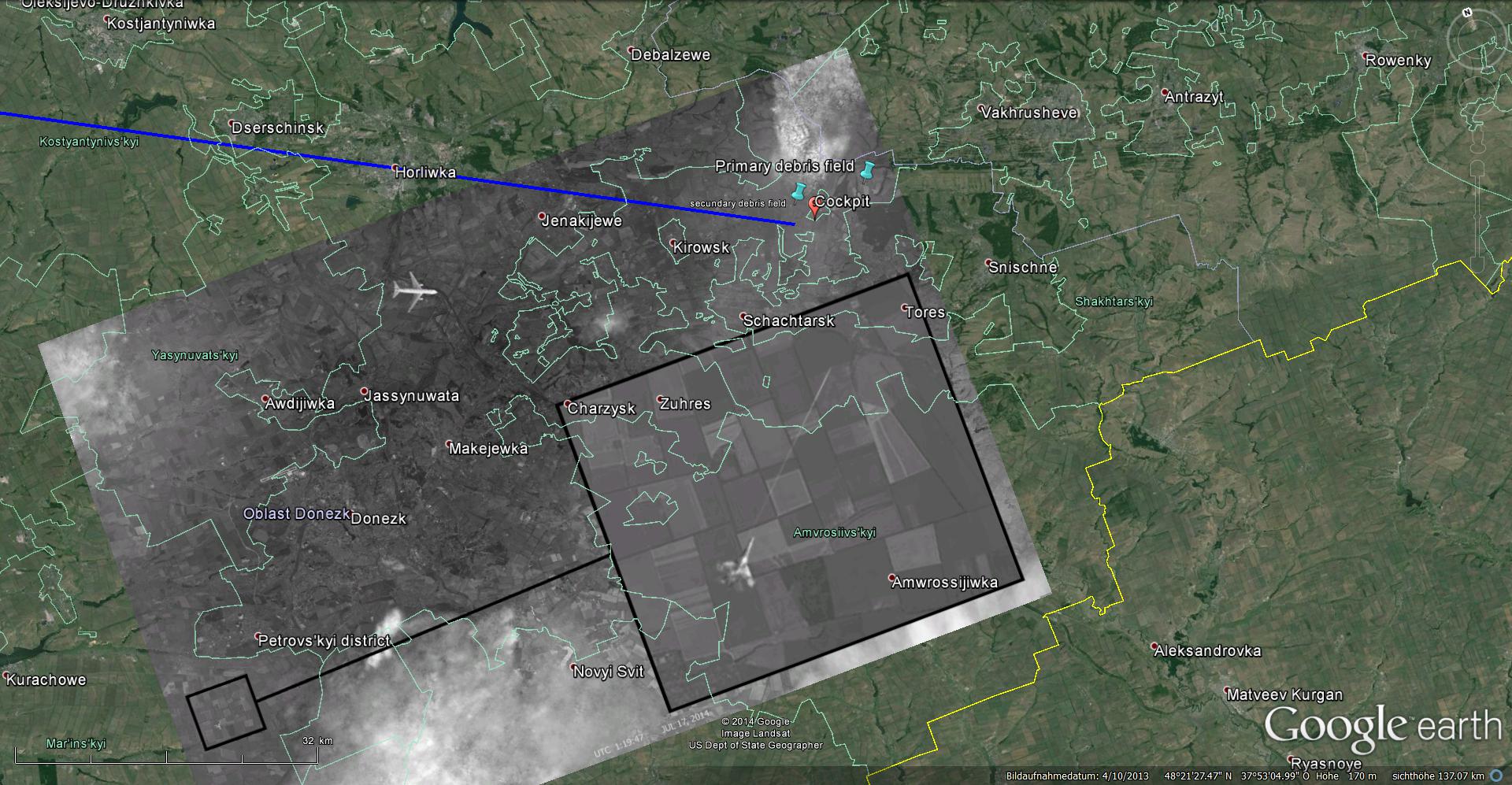 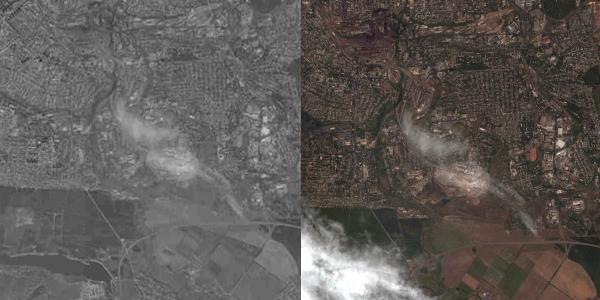 Other imagery is from Yandex maps

Next, it was pointed out the jet shown in the picture is definitely not an Su-25 ‘Frogfoot’ ground attack aircraft, as previously claimed by Russian media to have been involved in the downing of MH17. The profile of the aircraft is more reminiscent of fighter jets like the Su-27.

Looking at the plane that is supposedly flight MH17, the appearance of the aircraft does not match the real 9M-MRD: the Malaysian airlines logo is in the wrong place, with the Malaysia Airlines logo beginning above the wing in reference images for MH17, while the satellite map imagery shows the logo beginning just in front of the wing.

Looks like in this new MH17 satellite "evidence" the position of the Malaysia airlines logo is in the wrong place pic.twitter.com/evNY20AMvA

It was then suggested that the livery might actually be the standard Boeing livery, which matches quite well.

I may be wrong but proportions suggest the satellite 777 MH17 has the old Boeing house livery without the "777" title pic.twitter.com/x57KNlxVAb

Finally, the source of the image was found by a simple image search for “боинг вид сверху”, or “boeing top view” in English.

Looks like the image used to fake MH17 in the Russian sat images was the first image results for "боинг вид сверху" https://t.co/4zVh8EVfUh

Another side-by-side comparison by the Bellingcat team: 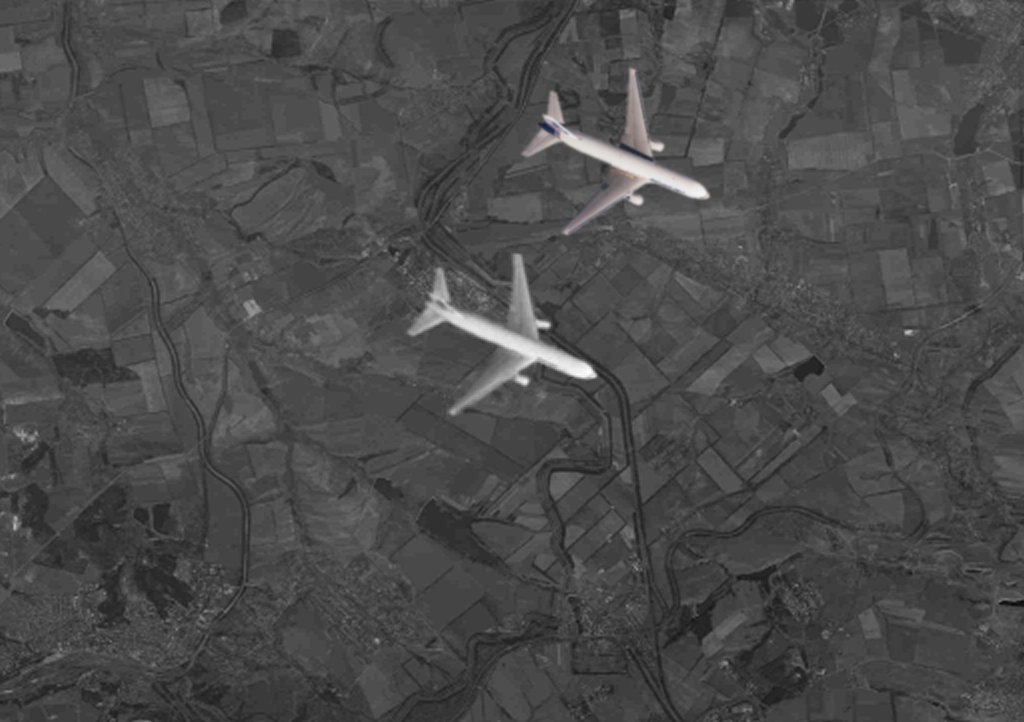 There are additional details that can be looked at in the image, like the scale of the aircraft in relation to each other, as well as the their scale compared to the rest of the image. It has additionally been pointed out that planes in the satellite map imagery published in the Russia media appear surprisingly clear, compared to reference imagery looked at by the Bellingcat team.

In conclusion, there are several issues with the image, as pointed out above. Thus, the material reported by 1TV cannot be deemed credible to support the theory that MH17 was shot downed by another aircraft.