Earlier this week, Vladimir Putin denied alleged Russian interference in the French presidential election. But evidence shows Russian state media used dubious opinion poll data in the run up to the French election to promote Francois Fillon, at a time when mainstream polls showed him trailing in third place. Shortly before the French election, France’s Polling Commission warned that a poll published by Sputnik, showing Francois Fillon in front, did not reflect public opinion and did not qualify as a “poll” under French law.

The research was conducted for Sputnik by Brand Analytics, which previously had a joint project with the Russian state-owned WCIOM polling centre. WCIOM’s main client is Kremlin, which has veto of what they publish. Brand Analytics is a product owned by the Russian company PalitrumLab, which is in turn majority-owned by the IT infrastructure company I-Teco. This company’s clients include the FSB, Russia’s Ministry of Interior, and its Ministry of Defence.

In March, the Wall Street Journal reported that prior to last year’s elections in Bulgaria, the opposition Socialist Party supposedly received a secret strategy document delivered by ex-SVR information department head Leonid Reshetnikov. Reshetnikov was then head of the Kremlin-linked Russian Institute for Strategic Studies and reportedly have passed on a road map to electoral victory, which suggested using fake news and pushing exaggerated polling data.

There is evidence that exploiting polling data for propaganda has become a tactic of the Russian state media, with one example seen in its use of polls on the issue of Crimea.

Sputnik commissioned a poll on the anniversary of the Crimea referendum in March claiming “many Europeans, Americans see Crimea as Russian”. It also commissioned a poll with the same question the previous year. Alongside this, it published a WCIOM (Russian state) poll under the heading “Almost 80% of Russians Think Crimea Reunification Beneficial”. Questionable use of polling data was also seen in an article by the Russian state-funded network RT. In March, RT published the results of a poll in the run up to the Dutch elections, claiming the “majority of Dutch do not want to remain in the EU”. This poll was commissioned by the Bruges Group. The Times has reported the Bruges Group director took a trip to the  “Donetsk People’s Republic” and interviewed the separatists’ “foreign minister”. RT claimed the poll showed the “majority of the Dutch (56%) find the idea of Nexit (a term analogous to Brexit) appealing”. But the poll did not ask Dutch respondents directly about leaving the EU, and the percentage of those who responded “Don’t know” were excluded to get to the 56% figure.

In April, the French Polling Commission expressed concern about a poll published by the Russian state-controlled Sputnik. This poll suggested that Francois Fillon regained the lead with French voters, while mainstream French polls actually showed Fillon as third, Emmanuel Macron in first, and Marine Le Pen in a close second. The French Polling Commission suggested calling the research a “poll” was a misrepresentation, as the information came from a study of social media conducted by Brand Analytics, a Russian company.

DFRLab commented that Sputnik’s use of the Brand Analytics research showed “an editorial preference for surveys which emphasize the popularity of Fillon and Le Pen, and a reluctance to give too much coverage to polls which show Macron doing well”. Brand Analytics defended their work and pointed out that they previously put other candidates in the lead saying “2 weeks ago Fillon and Le Pen were in the lead among pollsters, but according to our data Macron was in the lead”. Despite this, Russian State media focused on Brand Analytics data when it showed Fillon was in the lead. Vesti reported on March 30th: “Even if the majority insist that the lead…belongs to Marine Le Pen and Macron, a poll from the company ‘Brand Analytics’…has for the first time given first place to Francois Fillon, a month prior to the elections”.

Brand Analytics was created by I-Teco, a company that works on building IT infrastructure, and offers consulting and Information Security Services. Its clients have included Russia’s Ministry of the Interior, Ministry of Defence and the FSB. Brand Analytics defended their methods by pointing to their work on previous elections: “the methodology was able to predict the results of elections in France in 2012, USA in 2012 and 2016, Venezuela, Greece and other countries.” Brand Analytics has also conducted research into public opinion on the chemical attack in Ghouta, Syria in 2013, claiming their work took just several hours and spanned six nations. Their aim was to “establish the level of support among the population of the USA and other western countries… for the planned air strikes”. They also researched public perception regarding who was to blame for the chemical attack.

This study on the Ghouta attacks, along with other studies key, were carried out by Brand Analytics together with the group  “Vox Populi” , which was closely tied to WCIOM – the Russian Public Opinion Research Centre. WCIOM is entirely owned by the Ministry of Property Relations of Russia. As an alternative to the independent and widely-respected Levada polling group, WCIOM has published out a number of influential polls in Russia, including a poll a week before Russia’s 2016 Parliamentary elections that suggested growing support for Russia’s ruling party. This was then picked up and published by Russian State and pro-Kremlin media. In 2013, the head of WCIOM Valeriy Fedorov said in an interview: “our main client is the Kremlin and United Russia. As clients they have the rights to the results of our investigations. In every agreement there is a confidentiality clause…All data which the Kremlin requests in published only with its permission”.

Sputnik polls on Western recognition of Crimea as Russian

On March 16, Sputnik published a news story titled “Independent Poll Reveals Many Europeans, Americans See Crimea as Russian”. This was based on a poll commissioned by Sputnik which found that “more than a third of Italians and Germans perceive Crimea as part of Russia; the viewpoint is held by 26 percent of Britons, 23 percent of Americans and 20 percent of French people”. March 16 is the date of the Crimea referendum that took place in 2014 and the story was heavily promoted by Russian state outlets. An RIA article on the subject garnered over 300,000 page views and was even tweeted out by the Russian Embassy in Malta.

According to Sputnik, the public were asked the following: “Based on what you have seen or heard, do you consider Crimea to be…’ Their options were: ‘part of Russia’, ‘not part of Russia’, and ‘I don’t know’. This was exactly the same question Sputnik Polls posed to the public a year earlier. On the 2016 anniversary, Sputnik published the article “One Third of Europeans and Americans Consider Crimea Part of Russia”. On March 16, this WCIOM also published the results of their study on Crimea. Sputnik published WCIOM’s findings in an article titled “Poll: Almost 80% of Russians Think Crimea Reunification Beneficial”. This meant that on the 2017 referendum anniversary, Sputnik published studies which promoted the Kremlin line both on Western and Russian responses to Crimea. But this year, Sputnik Commissioned TNS Global for their Crimea poll–an interesting choice given the company’s recent history in Russia.

Until the summer of 2016, TNS Russia was owned by the UK-based WPP group. TNS Russia was the main television ratings company in Russia until the passing of a bill championed by Andrei Lugovoi–one of two key suspects in the murder of Alexander Litvinenko, and currently a member of parliament with the ultra-nationalist LDPR party. The bill mandated that companies engaged in television audience monitoring must have no more than 20% foreign ownership. As a consequence, 80% of TNS Russia was sold to the Russian State owned WCIOM. On top of this, in December 2016 Angelo Codignoni was announced as the head of the board of directors of TNS Russia. Codignoni is a former advisor to Silvio Burlesconi and was one of the founders of his party now-dissolved Forza Italia. According to documents published by Wikileaks, Codignoni has been described as an intermediary between Burlesconi and Putin. In early 2015, Vladimir Putin signed an order to grant Codignoni Russian citizenship.

TNS Global was contacted about the Sputnik Crimea poll and any connection to TNS Russia. It responded “In this instance TNS’ involvement is in the method and process of data collection only and the raw data was analysed by the client. TNS adheres to the MRS and ESOMAR professional codes of conduct and the quality commitment of the MRS Company.”

RT article on “majority” of Dutch wanting to leaving the EU

Last year, a Times article on Russian influence in the UK mentioned the think tank The Bruges Group. The Times reported:

“Robert Oulds, director of the Bruges Group… toured the Kremlin-funded “Donetsk People’s Republic” in eastern Ukraine…a video from the trip published by the Bruges Group, Oulds described the Ukrainian government as a “junta” and asked whether the enclave should further “expand its borders to, in a sense, liberate territory from the rule of Kiev.”

According to its website, The Bruges Group commissioned the Dutch website peil.nl to carry out the poll. Bruges group posted some data from the poll:

“The question asked respondents which of 3 options they preferred, the results are below:

This suggests respondents were not asked directly if they support the Netherlands leaving EU. Also, the figure cited by RT did not include the 11% “Don’t Know” respondents. Following the methodology of the Bruges group, adding the percentages of respondents who answered “EFTA” and “FTA” would give 50%, rather than 56% of the Dutch.

The RT article did not mention that the 56% figure was based on excluding the percentage of “Don’t Know” responses.

The focus of the RT article also appeared to be the Netherlands general election. It wrote: “a survey, conducted in the Netherlands, has shown that the majority of the Dutch are unhappy with the politics of Brussels and support the country’s exit from the European Union, following the example of Great Britain…In the election campaign, the far-right Freedom Party is leading, its leader Geert Wilders plans to take the Netherlands out of the EU”. A section of the article assessed the pros and cons of a “Nexit”, and RT cited research in favour of the Netherlands leaving the EU.

“In a report by the British consulting company Capital Economics, there are benefits for Amsterdam should it choose to leave the EU. According to the company’s researchers, it is in the interest of the Dutch to leave the EU as soon as possible: otherwise a long-term crisis is facing the Netherlands.”

RT did not link to the report, which itself states “Capital Economics has been commissioned by Partij voor de Vrijheid to research and report upon the likely economic impacts of the Netherlands exiting the European Union, ‘NExit’. Partij voor de Vrijheid (PVV) is the party of Geert Wilders, who lost out to Mark Rutte in the March election. 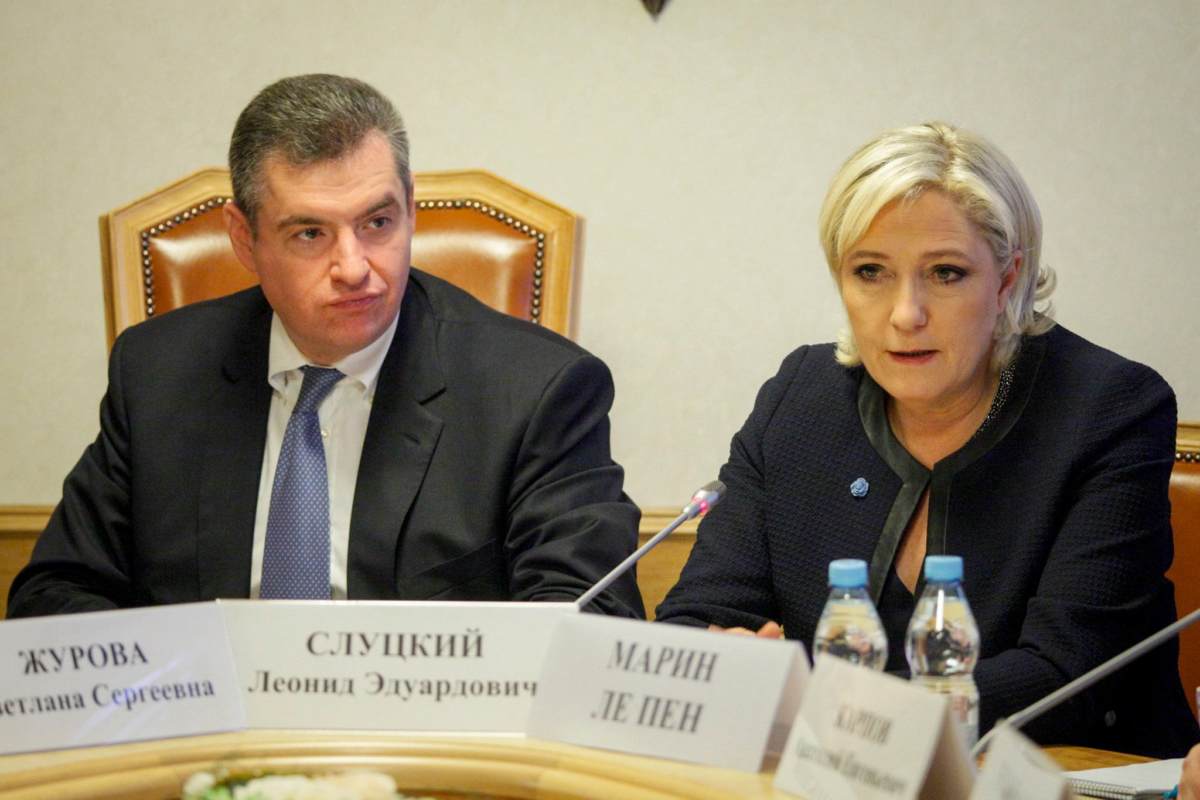