Does Ukraine Have 9M38M1 Missiles?

Earlier this week, Russian arms manufacturer Almaz-Antey presented its analysis of the downing of MH17 in an attempt to prove its “non-involvement in the MH17 tragedy.” The company concluded that while MH17 was downed by a 9M38M1 missile fired by a Buk M1, that particular type of missile has not been used by Russian forces since 1999. Bellingcat has since shown that, despite the Russian firm’s claims to the contrary, the 9M38M1 missile is still used by Russia, as seen in pictures as recent as March of this year.

Russian arms manufacturers and the Russian MoD don’t hold a monopoly on falsehoods and dubious claims, however. On June 4, Interfax quoted Ihor Smeshko, an advisor to the Ukrainian president and former head of the SBU as saying, “As far as I know, Ukraine sold its last Buk to Georgia.” Presumably, he was referring not to the Buk M1 missile system, but rather the 9M38M1 missile in response to claims that it may have been stolen from a Ukrainian military warehouse seized by rebels. According to the United Nations Register of Conventional Arms, Georgia received 48 Buk missiles from Ukraine in 2007, along with a Buk M1.

Unfortunately for Mr. Smeshko, a number of videos and pictures of Ukrainian Buks have been uploaded to social media since 2007, more than a few of which can be seen armed with 9M38M1 missiles. The 9M38M1 can be easily distinguished from other Buk missiles by its long fins: 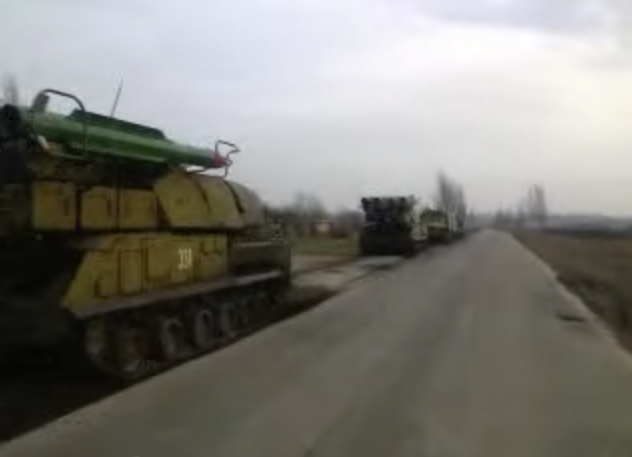 A video uploaded on May 8, 2014 shows a Ukrainian Buk numbered 121 being hauled by a trailer. Despite the video’s title, we geolocated this video not in Kramatorsk, but the nearby city of Krasnoarmiisk. 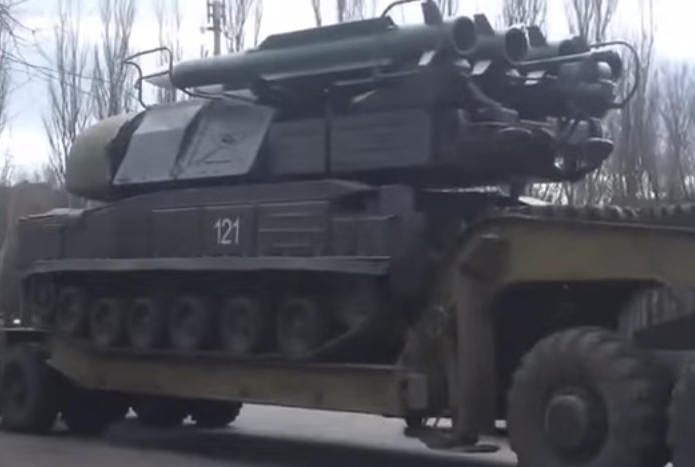 On July 16, 2014, a day before the downing of MH17, the Ukrainian Army released a video touting its “anti-terrorism operations” in eastern Ukraine. Halfway through the video, a Buk can be seen armed with missiles displaying the long, telltale fins of the 9M38M1. 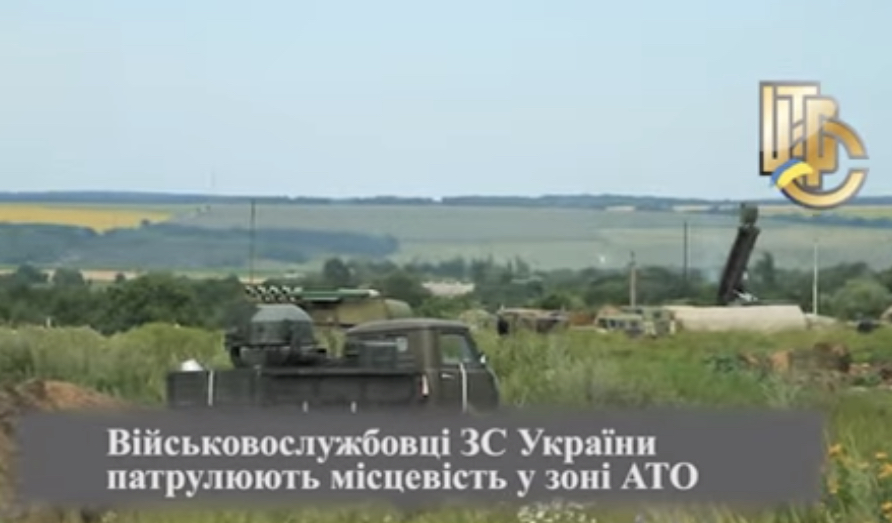 A photograph of Ukrainian Buk 312 was uploaded to VK by a Ukrainian soldier on August 17, 2014. Again, the 9M38M1 missiles are clearly visible.

We could go on; this is just a sampling of the open source evidence confirming that Ukraine — like Russia — still employs 9M38M1 missiles on its Buk missile systems. That being said, Mr. Smeshko’s erroneous remarks only serve to distract from the real issue — and the real evidence — of who is responsible for shooting down MH17.