On June 2nd 2015 Russian arms manufacturer Almaz-Antey presented evidence which it claimed showed the specific type of missile used to shoot down Flight MH17 in Ukraine on July 17th. They were quoted as stating

“If a surface-to-air missile system was used [to hit the plane], it could only have been a 9M38M1 missile of the BUK-M1 system.”

They went on to add

“Production of BUK-M1 missiles was discontinued in 1999, at the same time Russia passed all such missiles that were left to international clients.”

The clear implication was that the Buk missile used to shoot down MH17 could have not come from Russia. The most obvious visual difference between the 9M38M1 missile, and the newer 9M317 is the length of the fins, with the 9M38M1 have longer fins, as visible below.

Despite these longer fins being visible on Buk missiles loaded onto launchers at Russia’s Victory Day Parade in Chita (clearly visible in this video) the Almaz-Antey’s head, Yan Novikov claimed “that only the newer BUK-M2 systems with 9M317 missiles take part in modern parades” adding “even an untrained eye can tell the two apart”.  Despite this claim, internet users came across numerous images of what seemed to be 9M38M1 missiles in military service.

One image uncovered by the Bellingcat investigation team was of particular interest. Reuters’ photographs taken on a road near Kamensk-Shakhtinsky, dated August 16th 2014, shows Russian military vehicles heading towards the town, close to the Ukrainian border. Trucks in the photographs are carrying a number of missile crates, and their markings give a clear indication of their likely contents. 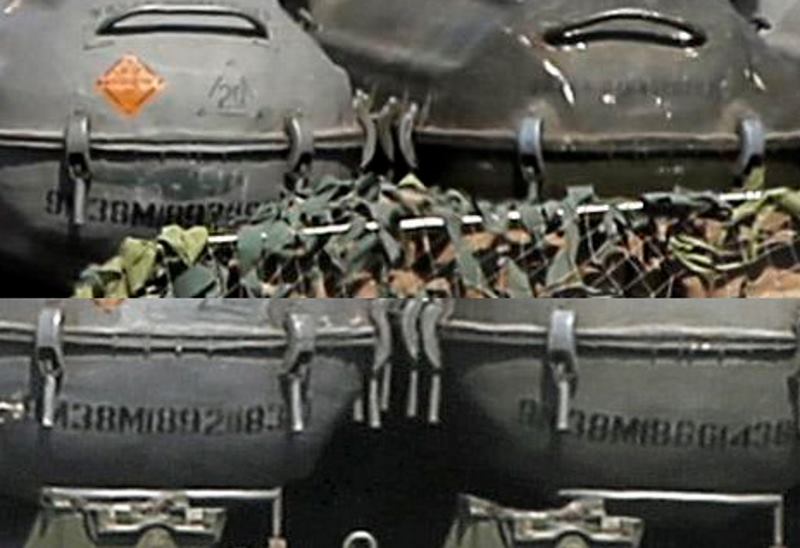 As can be clearly seen, these crates are marked 9M38M1, but what is even more interesting is who appears to be transporting the missiles. The number plates visible end with 50, the same region that the 53rd Brigade originates from, who were filmed in late June 2014 transporting the Buk missile launcher that downed MH17 to this same region close to the Ukrainian border (full report here). In fact, it appears that these may be some of the same vehicles filmed in the June 2014 convoy. The crane visible in one of the photographs appears to share the same number plate, beginning 0502, as a crane filmed in the 53rd Brigade’s June convoy. 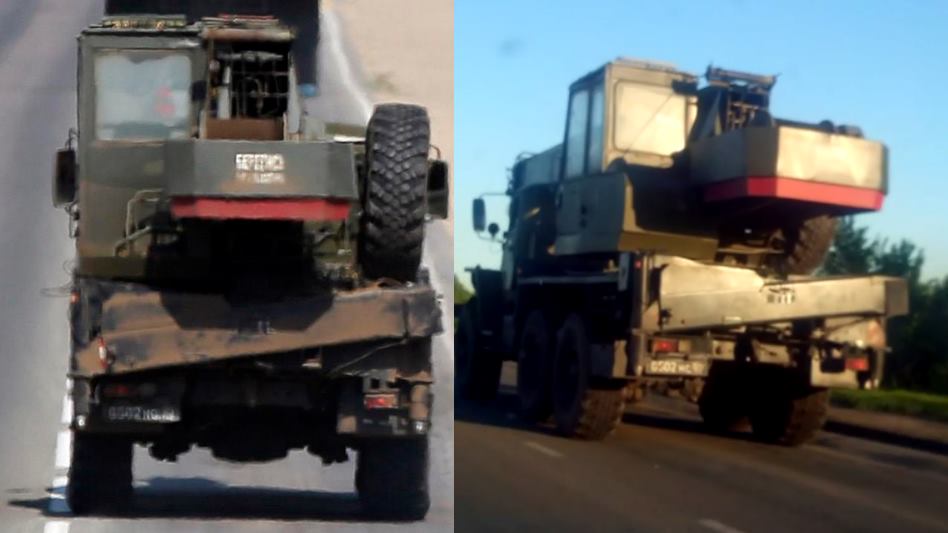 Another truck visible in this video appears to have the same number plate as one of the trucks transporting the missiles in the Reuters photographs.

Images shared by members of the 53rd Brigade also show 9M38M1 missiles were used by the brigade in recent years, for example this image from 2012. 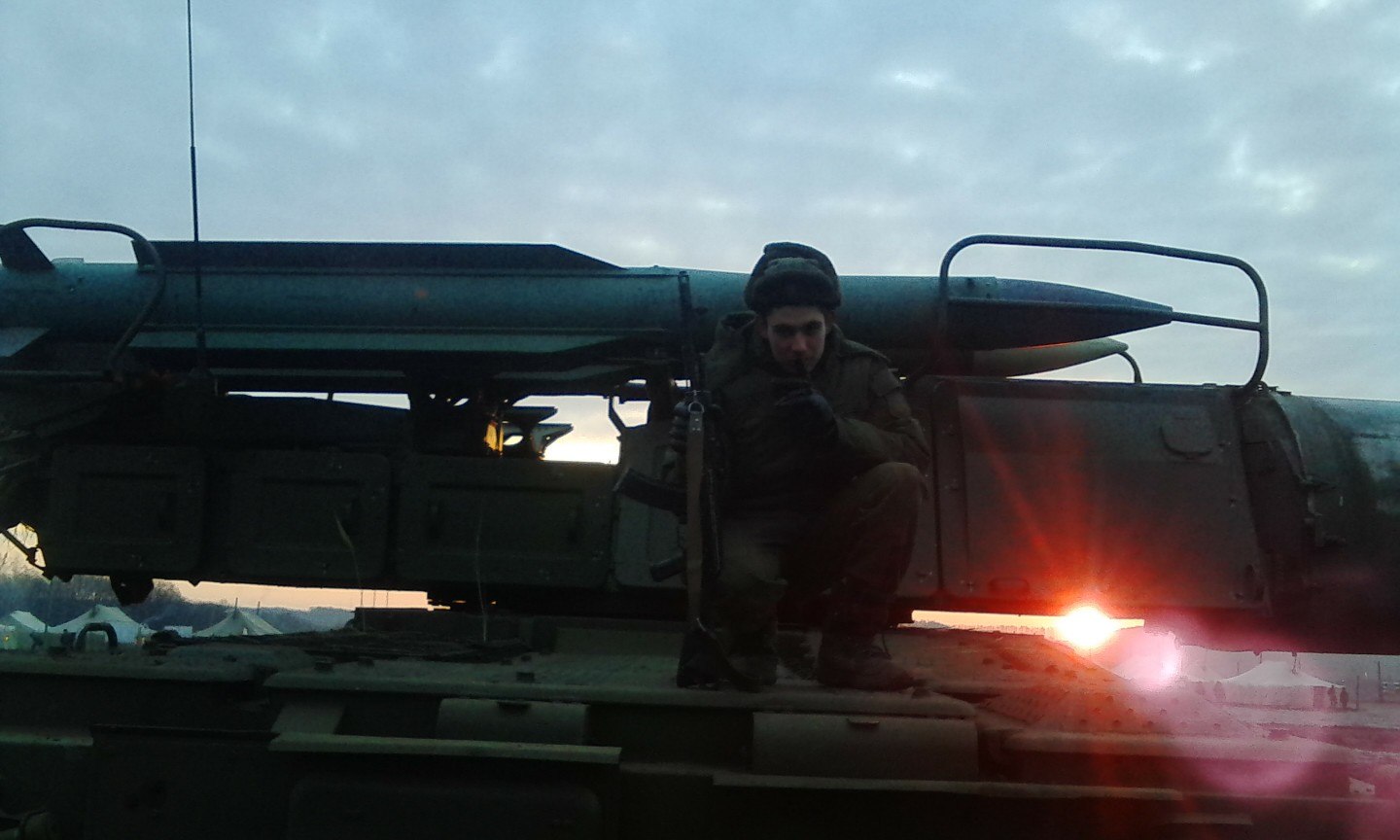 It is also possible to identify 9M38M1s loaded onto vehicles that were part of the June 23rd-25th 53rd Brigade convoy that transported the Buk missile launcher the shot down Flight MH17 close to the Ukrainian border. This video shows vehicles in the convoy, including missile loaders, where the long fins associated with the 9M38M1 missiles are visible. 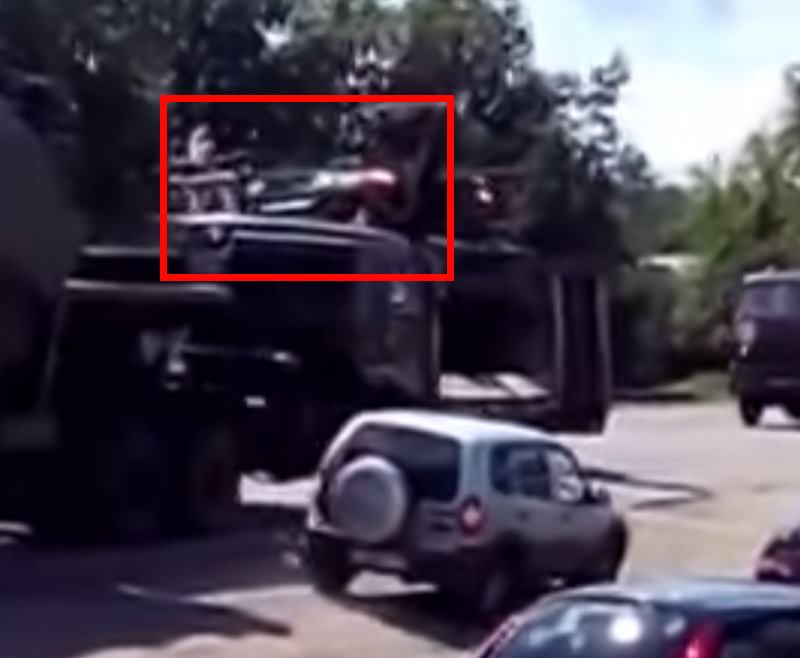 Following the US release of Hiding in Plain Sight: Putin’s War in Ukraine, a report produced by the Atlantic Council with the help of Bellingcat, a special press release at the Atlantic Council’s Wroclaw Global Forum in Poland, will feature the next dimension of the report including new facts about MH17 that might change the dynamics of Russia’s denial about its role in the incident. As yesterday’s press conference showed, we’ve already seen a notable change in narrative in Moscow, attempting to further distort the truth.