New Allegations of Chemical Weapon Attacks in Damascus Throughout July

Prior to the April 4th 2017 Sarin attack in Khan Sheikhoun, there had been multiple chemical attacks alleged by opposition groups in Syria on a near monthly basis. Many of these alleged attacks described the use of chlorine as a chemical weapon, and when it was possible to identify the munition used it was nearly always gas cylinders dropped inside barrel bombs, or chlorine cylinders dropped by themselves. Some of these chlorine attacks, that began several months after the August 21st 2013 Damascus Sarin attacks in April 2014, were investigated by the OPCW-UN Joint Investigation Mechanism (JIM), which confirmed the use of chlorine as a chemical weapon by the Syrian government.

Prior to the April 4th 2017 Sarin attacks there were multiple allegations of the use of chlorine as a chemical weapon in Damascus, as documented by Bellingcat in New Visual Evidence about Chlorine Gas Attacks in Eastern Ghouta. Unlike prior chlorine attacks, the munitions alleged to have been used in some of these new attacks were not chlorine cylinders dropped from aircraft, but short range “IRAM” (Improvised Rocket Assisted Munition/Mortar) surface to surface rockets: 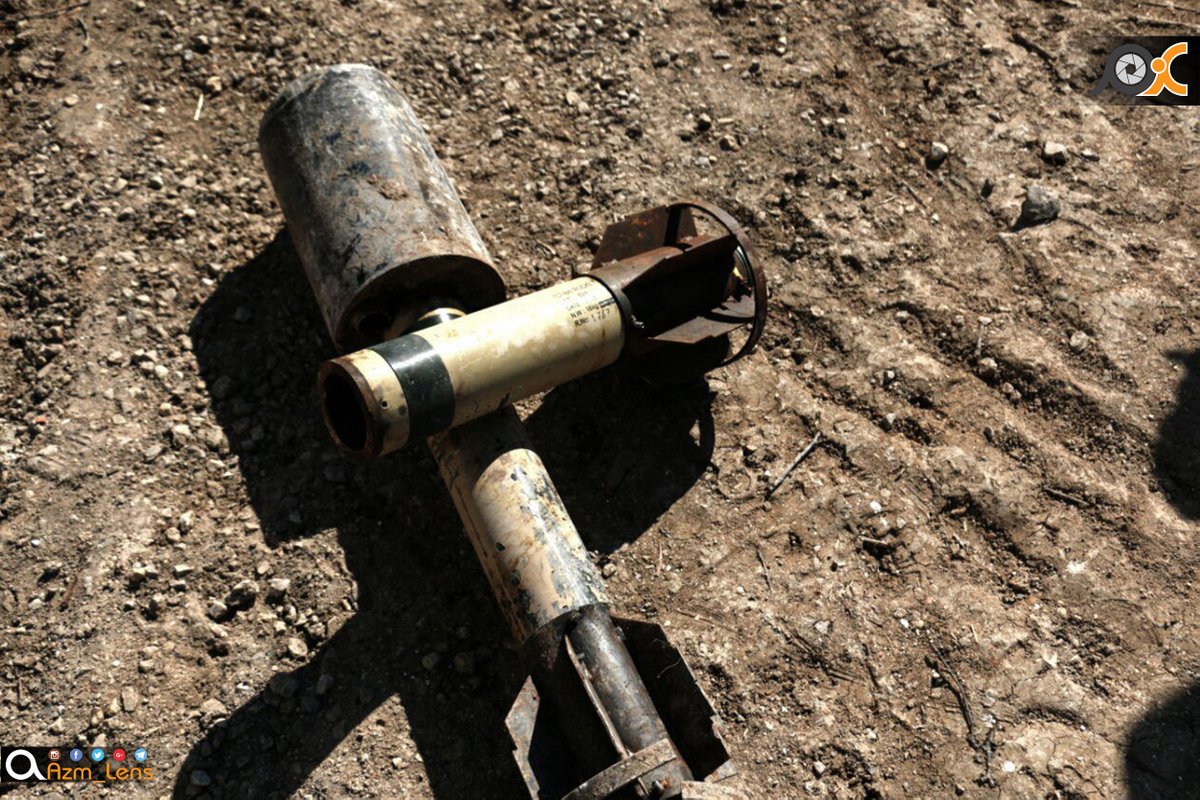 The remains of what is claimed to be chlorine IRAMs (source)

Explosive versions of these munitions have been used widely in the conflict in Syria, as well as in Iraq, by a variety of factions, and typically take conventional surface to surface rockets (in the above example an Iranian 107mm rocket), and replaces the standard, smaller warhead with a much larger warhead, lowering the range and accuracy but increasing the size of the payload. In the examples recorded in Damascus in early 2017 it appears the explosive warhead has been replaced with a warhead capable of carrying in chemical payload.

The drop in reports lasted until July, when there was a sudden uptick in allegations of chemical attacks from Damascus. Germany’s Welt reported on July 22nd that Western intelligence services had stated that Syrian government forces had used chemical weapons in Damascus on multiple occasions, including twice in Ghouta on July 11th and 14th, and 4 times in Ain Tarma, on July 1st, 6th, 13th and 14th. Just two days before the article was published another attack was alleged on July 20th, again in Ain Tarma.

Many of the attacks listed in the Welt article were recorded by opposition groups, with images shared on social media. Videos showing victims of the July 1st attack were posted online, claiming dozens were injured by chlorine:

Victims of the July 6th attack were also made available by the Jobar medical Facebook page, which also posted images and reports from a number of the other alleged attacks: 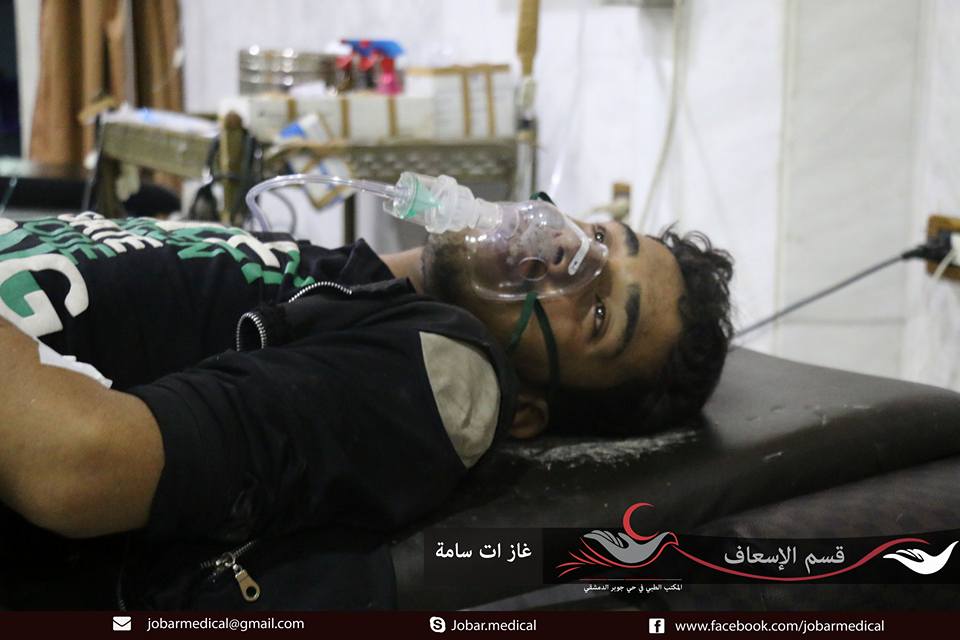 One of the injured from the July 6th 2017 attack (source)

Video footage from the Jobar Medical YouTube channel also showed victims of the attacks, with the below video showing a victim of the alleged attack on July 20th:

Between the attacks reported in the Welt article and the additional attack on July 20th, at least 7 chemical attacks have been alleged in Damascus in July 2017, many of which have been documented by local groups with videos and photographs. In at least one of those attacks it is alleged in the Welt article that Sarin was used, and the use of chlorine as claimed by local groups in some of the attacks would be consistent with the use of chlorine as a chemical weapon in Damascus prior to the April 4th 2017 attack.