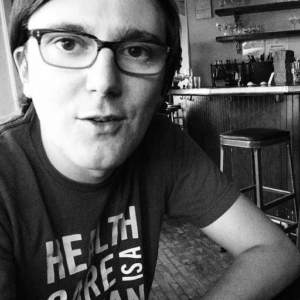 Dissecting a US Airstrike in Syria

Originally posted on The Lemming Cliff.

Amid the grey dust and twisted metal, the young girl discovered beneath the rubble of a destroyed building in Kafr Deryan, a small town 40km west of Aleppo, is barely visible. If you look closely enough, for a split second you can see her ponytail and hair tie before they disappear beneath the debris once more. These images are among the strongest pieces of evidence pointing to civilian injuries and deaths that night as a result of a US-led Coalition strike that took place in the early hours of September 23, 2014. I was able to spot the girl at 1:46 of this video by repeatedly watching the video in slow motion.

The incident, which happened during the first night of US-led strikes in Syria, was captured by multiple cameras and shared on social media.

A thorough review of this content, combined with satellite image analysis and reports by independent Syrian human rights groups, suggests multiple civilian deaths, including children. The number of civilian fatalities and injuries, and the damage to civilian objects, raise questions as to whether this attack was proportionate. At the very least, the presence of large numbers of civilians in the vicinity, and the recorded civilian casualties and damage suggest that necessary precautions to minimize harm to civilians may not have been taken. Yet, despite this mounting evidence, CENTCOM’s conclusion was unequivocal:

We decided to take a closer look. What we found is disturbing, and points towards an inadequate CENTCOM investigation into this incident.

The first videos showing the aftermath of the attack were uploaded to YouTube at around 6am local, Syrian time on September 23. Don’t let the publishing date of September 22 on some of the videos fool you. Using Amnesty International’s YouTube Data Viewer, it is possible to extract the exact time and determine the local publishing time. In the case of the video that shows the girl under the rubble, a 7am publishing time on September 23 fits perfectly with the timeline of the attack. The September 22 publishing date reflects the time difference between Syria and U.S. Pacific Time, where YouTube’s headquarters is based and which is used as the official publishing date. Ignoring this fact can easily lead to wrong research findings, as has happened in the past.

The US Armed Forces were not far behind with uploading videos related to strikes from that night. The Navy uploaded two YouTube videos showing nighttime missile launches, published at 12:31pm local Syrian time on September 23.

We did not find any of the images and videos associated with the attack to have been published online before September 23, 2014. A photograph of a killed infant was once published in connection with a report by a local human rights organization relating to an earlier event. The same organization, however, had initially also documented that his death was indeed a result of the Coalition attack on Kafr Deryan on September 23.

The first step in the geo-locating process is to pinpoint the actual town on a map. While this might sound trivial, it can be a very time-consuming and tedious process. Small towns and villages in remote places can be difficult to identify on Google maps, especially if you are searching the English spellings. I normally use more specialized databases and mapping platforms to track such places. In this case, the P-code Atlas of Syria from MapAction led me to the correct location. Once I found the general location, I compared multiple videos and photographs of the scene to pinpoint the exact location of the destroyed and damaged homes. Small details visible in both the nighttime and daytime videos — such as distinct looking doors or debris — can be used to tie all the content together and build a visual picture of the setting. Several geographic features, most notably a minaret, were used to identify the exact location in freely available satellite imagery on Google Earth. Amnesty International’s Crisis Response team has extensive experience using satellite imagery for human rights documentation. We subsequently acquired satellite imagery from September 30, one week after the attack, to confirm the strike’s location. This satellite image clearly shows multiple destroyed or damaged buildings in what appears to be a residential neighborhood in Kafr Deryan, a mere 100 meters from a mosque.

CENTCOM confirmed that US forces conducted attacks in the area, while dismissing reports of civilian casualties. The US Navy published videos of the strikes on the general area, showing multiple missile launches, including Tomahawks. This is highly relevant, as pictures and a video from the area show what weapons experts consulted by Amnesty International concluded were remnants of Tomahawk missiles. At the minimum, this raises serious questions about the impact of the US strikes that night, and justifies further inquiry.

You might ask why we are bothering to look at a two year-old incident? The reason is that this incident appears to have never been properly investigated, and was not an isolated event. It was the first in a series of potentially unlawful attacks over the past two years that have not been adequately investigated by the US-led Coalition.

Amnesty International has gathered compelling evidence, related to 11 specific attacks by Coalition forces from 2014 to 2016, in which some 300 civilians are believed to have been killed, including in attacks that appear to have violated international humanitarian law. Yet, so far the US acknowledges just one civilian death in these incidents.

In US intelligence gathering, the analysis of competing hypotheses is considered a central tool. Instead of briskly dismissing claims of civilian casualties and halting their inquiries, one could have only hoped this approach would have been used in the assessment of the US strikes on Kafr Deryan. Thorough and meaningful investigations of possible violations and civilian deaths and injuries during conflict are an essential element of the duty to respect and ensure respect for international humanitarian law. A party that does not take such incidents seriously through effective and transparent investigations is falling short of its obligations and needlessly endangering civilians.

More on this attack can be found in the September 2014 Bellingcat article Videos and Photographs Claim to Show Civilians Killed by US Led Air Strikes in Syria.