How Russia Evades Responsibility for War Crimes in Syria

Since the start of its bombing campaign in Syria in late 2015, Russia has racked up an impressive list of accomplishments: over 1,000 civilians killed, over two dozen hospitals and aid buildings bombed, and numerous instances of illegal cluster bomb use on civilian populations – all of which puts the Russian Federation squarely in the running for “most war crimes committed by a foreign actor in less than six months.” 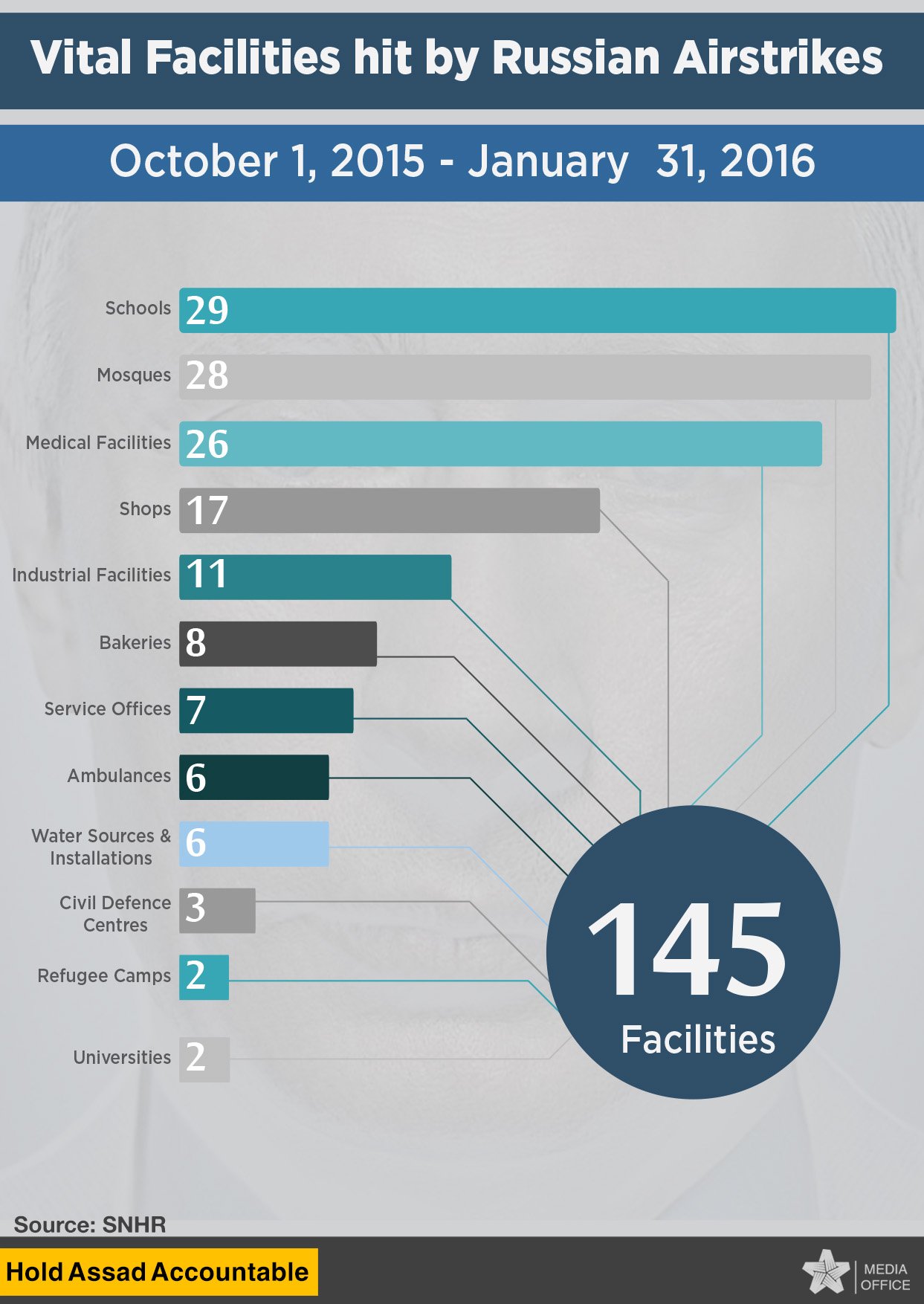 Yet despite overwhelming physical evidence of Russian war crimes in Syria, the state’s Ministry of Defense (MoD) categorically denies any wrongdoing. Accusations of Russian airstrikes on hospitals, bakeries, or civilian convoys are met with casual dismissal and outright denial. Indeed, Russian officials in the MoD become increasingly confident in their ability to flout any sort of international punishment for their crimes, to the point where Major General Igor Konashenkov outright blamed a Russian bombing in Aleppo on US airstrikes.

How does Russia manage to maintain this status quo of reckless behavior in Syria without criticism or retribution from the international community? Strong-arm diplomacy and an almost irreverent policy of outright denial. Amid a sanctioned and nearly crippled Russian economy, Putin, Lavrov and the Ministry of Defense have managed to pursue a highly colonialist and human rights-flouting foreign policy in Syria.

Russia knows the world is weary of another Cold War, and knows the international community is absolutely fearful of confronting a state with little political oversight and a massive stockpile of nuclear weapons. And Putin, considering his extensive political history and experience in dirty political dealings under a corrupt, oligarchical Russian state, has managed to successfully leverage Russia’s position as a former Cold War superpower to coerce the international community into a dangerous position – a position where Russia has casus belli to carry out any military operation in Syria, and an extraordinary ability to control and transform the geopolitical realities of the region.

The international community, despite failing to constrain Russian war crimes in Syria, has been outspokenly critical of the MoD’s actions. In December, the United Nations Security Council passed Resolution 2254, which among other things, called for a halt to indiscriminate airstrikes on civilians in Syria. The resolution was almost certainly a response to reports that Russian airstrikes had killed hundreds of civilians across Syria – although rather ironically, as a permanent member of the UNSC, Russia voted in favor of the resolution. As recently as February 15, Russian jets killed 50 civilians in airstrikes on five medical centers and two schools in Aleppo Governorate.

“Some Russian air strikes appear to have directly attacked civilians or civilian objects by striking residential areas with no evident military target and even medical facilities, resulting in deaths and injuries to civilians.”

In response to news of a potential pan-Arab coalition of fighters proposed to enter Syria, Russian Prime Minister and former figurehead for Putin Dmitry Medvedev openly threatened the pro-Western bloc with global war should any non-Russian powers intervene in Syria.

Russia’s threats play on residual fears of a nuclear-armed state led by a tyrannical madman, the sort of imagery which invaded the collective consciousness of America and Europe throughout the Cold War. Putin has already proven that he has no qualms with flouting international law, and has in many cases gone to extreme lengths to combat any perceived threat to his hegemony. When Putin ordered FSB agents in 2006 to assassinate former spy Alexander Litvinenko in London using the highly radioactive chemical element polonium-210, he demonstrated to the international community the sort of tactics which are now employed regularly by the Russian Federation to secure its interests.

In recent years, particularly during its annexation of Ukraine and its military and political intervention in Syria, Russia has engaged a carefully crafted media campaign in the global PR war to maintain its image and debase its enemies. The Russian state-run media machine has almost exclusively focused its recent efforts on PR in Syria, skirting culpability for civilian casualties by fabricating some attacks, and blaming others on conspiracies by the United States.

A Twitter post from the MoD showing strikes on an alleged terrorist oil convoy, which resulted in multiple civilian casualties

Among videos like the one above, the press office of the Russian Ministry of Defense tweets out numerous updates a day on military efforts against ISIS in Syria – many of which are outright fabricated, or detail events which didn’t happen. The MoD’s Twitter account is very active, with over 80 tweets posted in the past 48 hours at the time of writing.

The Kremlin frequently utilizes its wide array of state-run media outlets – from websites to newspapers to foreign media networks – in the campaign to defend its image. Russia Today (RT) frequently posts articles ridiculing both the United States’ role in Syria, and the Obama administration’s position in geopolitical affairs. Following the November 2015 incident where Turkey shot down a Russian Su-24 jet which had been en route to attack the Turkish-backed anti-Assad Turkmen Brigades, Russian state-run media put out a frenzy of articles attacking Turkey’s legitimacy, ridiculing the Erdoğan regime, and discrediting Turkey’s version of the incident.

Still, sometimes Russian media is the Kremlin’s own worst enemy, as reporters have been known to tweet out things like the video below: a Russian Su-34 jet, armed with cluster munitions, prepping for takeoff in Syria.

Armed #ruaf su-34 taxis just before takeoff. Lots of new video will be up on RT/Ruptly soon. #syria pic.twitter.com/TNTR7L4x5T

Russia’s PR game is mostly talk, but the international community still seems unwilling to confront that talk. This intentional aversion to confrontation with a bullying quasi-superpower sets a dangerous precedent, where Putin is given the go-ahead to establish hegemony and consolidate Russian interests – often at the expense of civilian lives and infrastructure, and without any opposition whatsoever from the Western bloc.

If Russia isn’t challenged on its violations of international law, precedent will turn into status quo, and Russia will leverage its untouchable status to make strides in securing its regional hegemony.

If current trends remain, a new Cold War is almost certainly years from actually happening. But Putin has made it clear that he intends to re-establish Russian hegemony by any means necessary – and Syria has become the proving grounds for his power play. If the international community keeps ignoring war crimes in Syria, those proving grounds could expand to the rest of the Levant, Eastern Europe, and even North Africa, as Russia pursues an increasingly aggressive and dangerous foreign policy.