While conducting research for his latest Bellingcat investigation, Christo Grozev received a group photograph of the missile guidance team that were purported to be behind programming many of the cruise missiles that have hit Ukraine in recent months. As detailed in the article:

“Another team member, whose identity is not known as they contacted reporters via a burner email account that was provided by Bellingcat and The Insider to all contacted members, shared two group photos of the GVC team and two photos of their commander, Lt. Col. Bagnyuk, wearing his many medals.” 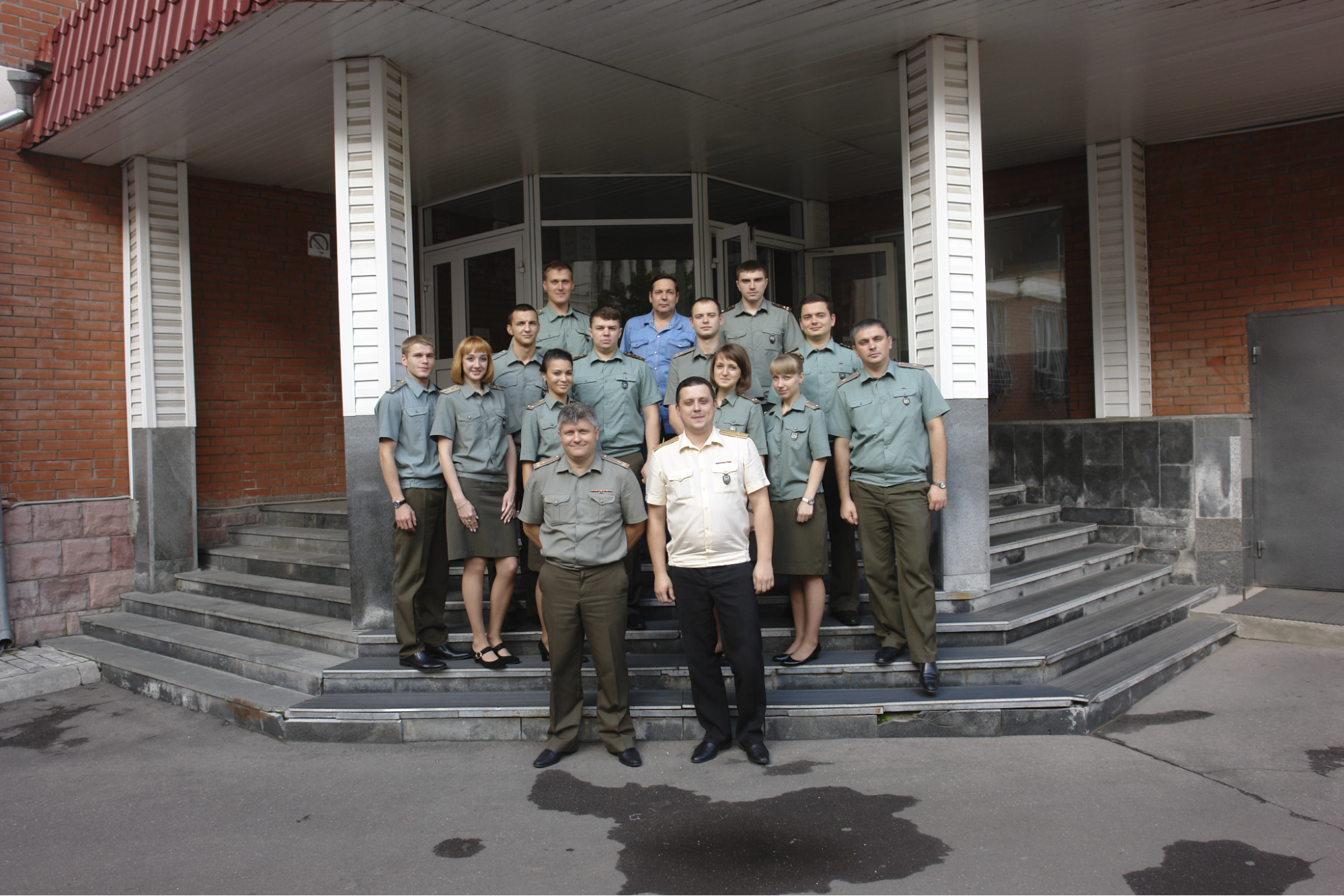 One of the photographs sent to Bellingcat anonymously by a GVC team member.

The team member who provided this 2013 photograph said it was taken at the Main Computation Centre of the General Staff (GVC) in Moscow, but we needed to independently verify this ourselves. During the course of our investigation, we had already discovered the GVC was located at Znamenka 19 – the headquarters of the Russian Ministry of Defence (MoD). This fact was gleaned by looking for the names of engineers we had identified as working for the GVC in leaked Russian databases (including those that contain information about addresses used to register cars or sign up to online delivery apps). Some had registered addresses at Znamenka 19.

As such, the next challenge was to use geolocation techniques to confirm conclusively where the image was taken so that we could include it in our findings about the missile team.

This brief article provides a walkthrough on how we geolocated this photograph, eventually verifying that it was indeed taken at the Russian MoD’s Znamenka 19 facility, one of the locations that hosts the GVC.

Details Within the Photograph

As with all geolocation, the first step is to identify details in the photograph that could be useful. There are broadly two types of details that we look for when  performing this type of task: big-picture details, and micro-details. The big-picture details are ones that inform us where to look in the first place – in this case, what does the building look like from the street or from satellite images taken at an angle?

The micro-details help us make a positive identification of the site once we find a potential match, such as cracks in a floor, paint patterns on building columns, the design of a no-smoking sign and so on.

Some of the big-picture details that we identified for this photo include: 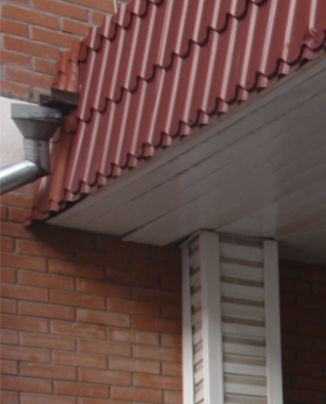 A close-up of the photo background shows the reflection of a white wall or columns in a window behind where the photo was taken.

The distinctive three-sided steps detailed in the image.

Some of the micro-details that we identified for this photo include:

A close up of the brick patterns and gutter drain visible in the photo. 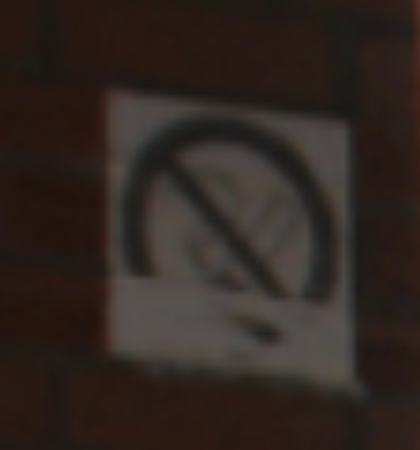 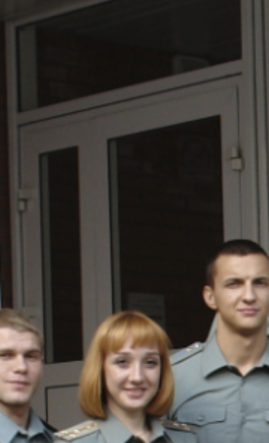 A zoomed in image of a door and windows visible in the photo. 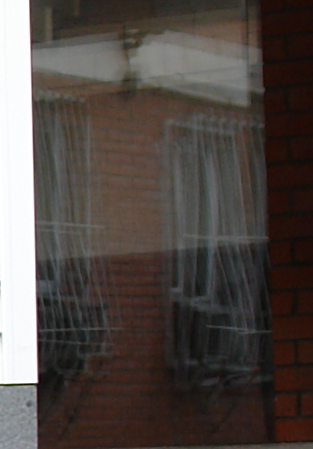 A zoomed-in image showing the reflection of air conditioning units and a cable.

A cropped image shows features of the bottom step and ground visible in the photo.

A cropped image shows similar features elsewhere on the steps.

There are plenty of additional micro-details to pick out, but these are the ones we honed in on.

Even though the source who provided the photograph noted that it was the Main Computation Centre of the General Staff (GVC) in Moscow, we had to first discover where that was.

As detailed above, we did this by cross-referencing car-registration data and delivery orders of the people we had identified as working at the GVC with leaked Russian databases. Once we had confirmed the GVC staff were based at Znamenka 19, we then had to prove that the photo was indeed taken there. Our initial geolocation efforts gave us the suspicion that the photo may actually have been taken at another primary Ministry of Defence facility (the National Defence Management Centre), located on Frunze Naberezhnaya along the Moskva River.

When looking at the white wall with windows reflected in the group photograph, we thought that there was a resemblance to similar walls at the Frunze Naberezhnaya facility, as seen in the reflection this photograph published by the Russian MoD. 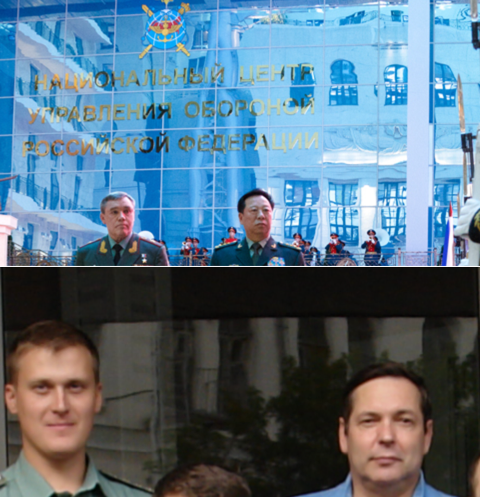 A Russian state television documentary detailing this MoD facility shows additional perspectives of the building, along with explaining how defence officials guided strikes in the Syrian campaign from this headquarters (at approximately 27:15 of the video). Yet despite these strong contextual clues (the GVC team was also involved in missile programming in Syria), we could not find any images that matched the entranceway in the group photograph around the grounds of the Frunze Naberezhnaya facility, either from 2013 (the apparent date of the photograph) or more recently. It’s worth noting that this facility has undergone extensive renovations over the last decade, further complicating the verification efforts.

With the Frunze Naberezhnaya facility ruled a less-likely candidate, despite the red herring of the white walls, we studied satellite imagery of the location more closely. We  also looked for user-uploaded photographs of the buildings. This location is not exactly a tourist destination – it is under extremely strict security, and unlike the Frunze Naberezhnaya facility, there are seemingly no ordinary people visiting for ceremonies, such as concerts.

After looking through all of the satellite imagery we could find, we found a potential match for the entrance with the three-sided pattern observed from the steps: the southeast corner of the courtyard within the Znamenka 19 grounds on Yandex (note: map below has been reversed from north). 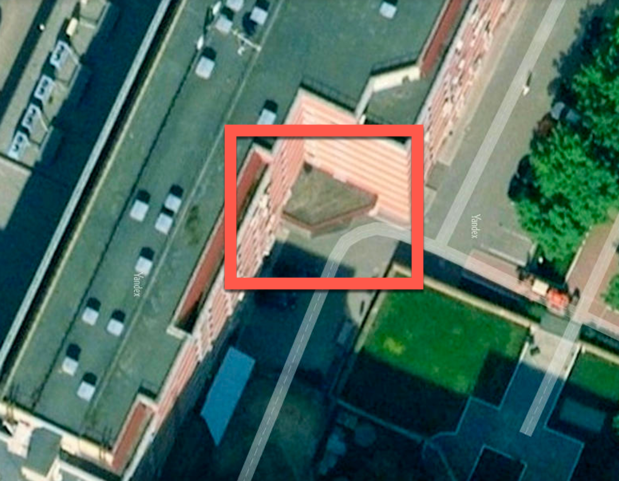 A potential match for the stairs where the missile program team was seen posing.

We then hit the geolocation jackpot: by searching through geotagged photos on Vkontakte for Znamenka street in Moscow, we found a high-resolution photograph taken by a professional roofer atop the north wall of the facility, facing south. 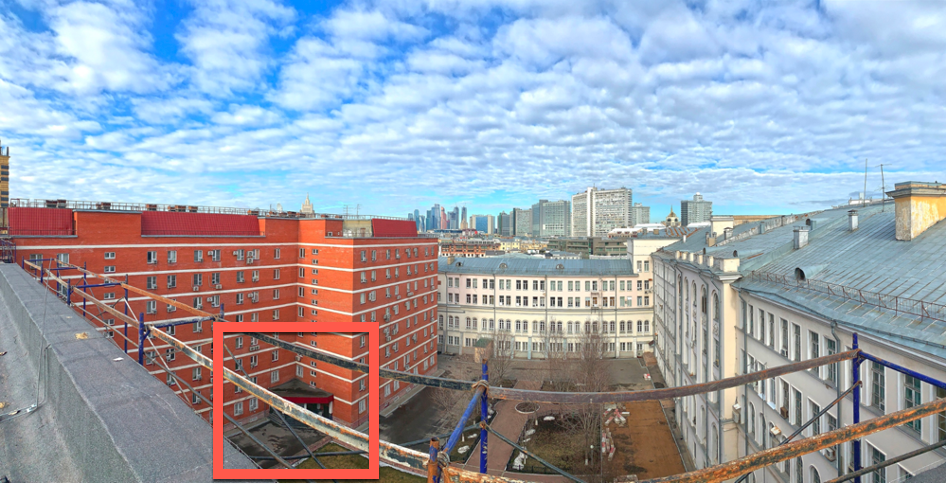 An image found on Vkontakte appears to show the same entranceway as seen in the GVC team photo. 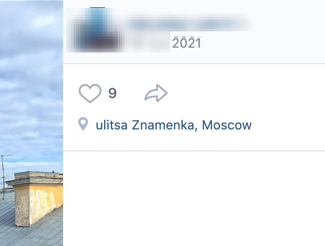 Clearly visible in the bottom-left corner of the image is the same entrance that we see in the group photograph. 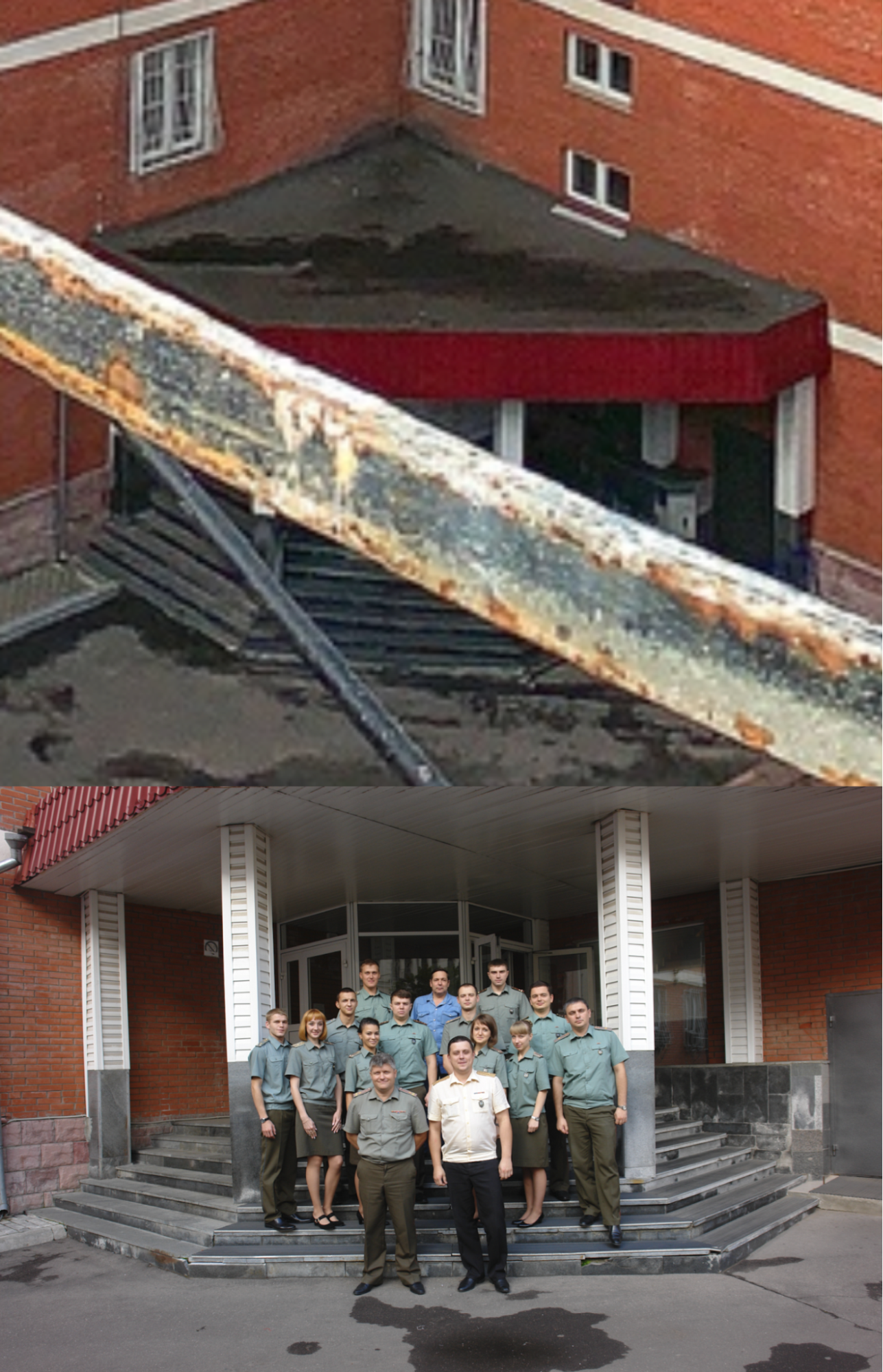 Top: A close up of the entranceway shown in a picture found on Vkontakte. Bottom: The original photo of the GVC team at the same spot.

Going back through our checklist of big-picture and micro-details, almost everything matches, even though this photograph was taken eight years later. The number of stairs and their colour, the colour of the bricks, the presence of the gutter drain, the barred windows, the grey door to the right of the posing group, the white columns and everything else that is visible are a clear match.

We can now confidently say that the photograph sent to us by a source from the missile guidance team was indeed taken at the southeast courtyard entryway into the Znamenka 19 facility.

Michael Sheldon and Timmi Allen contributed to this report.