Geolocating the Location Where the Syrian "Caesar" Photographs Were Taken

Bashar al-Assad and his regime are suspected to be behind the disappearance of many thousands of persons in recent years, many of whom are presumed to have been tortured and killed. Following prisoners’ deaths, a team of forensic photographers would be dispatched to document the bodies of the victims of the Assad regime. Defectors have suggested that each corpse was meticulously documented, including wounds inflicted by firearms.

According to reports, at the onset of the Syrian crisis, the government would take the corpses of activists and prisoners to Hospital 607 at a military base in the Tishreen district of Damascus. As the death toll rose around the country, including among political prisoners and anti-Assad activists, the government made the decision to transfer the bodies of deceased prisoners to Hospital 601 in the Mazzeh neighborhood of Damascus so that the bodies of military personnel and prisoners would not be stored in the same location. This is according to a forensic photographer working for the Assad regime to document the mutilated corpses of the Assad regime’s victims who defected to the West and was given the codename “Caesar.”

In August 2013, in the process of defecting, Caesar smuggled some 55,000 photographs on thumb drives. Reports suggest that those images depict 11,000 victims of the Assad regime. By Caesar’s account, the bodies stored at Hospital 601 came from 24 prisons and security agencies. As the death toll of prisoners and anti-Assad activists and protestors soared, space for storing the corpses became so scarce that the bodies were sometimes stored outside.

On Tuesday, Bellingcat was alerted to the first geolocatable Caesar photo by @ArtWendeley. Given the graphic nature of the photo, Bellingcat has opted to censor portions of the image, but the original version shared with Bellingcat can be found here. 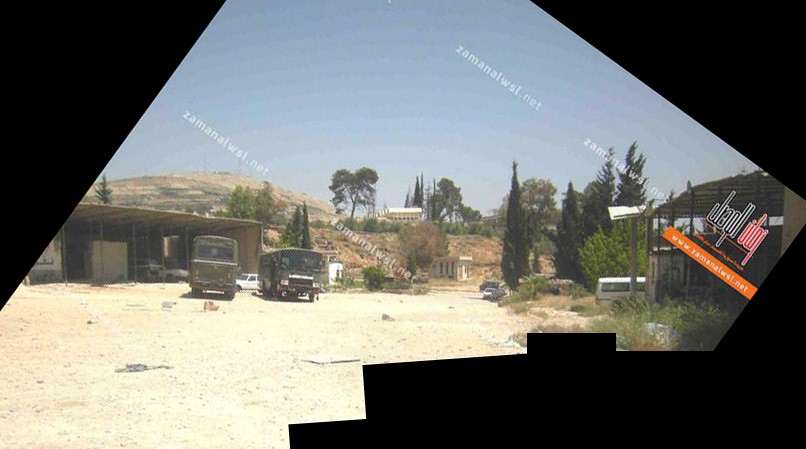 Noting the large communication towers on the hill in the background of the photo, another Twitter user by the name @pfc_joker postulated that the hill could have been Mount Qasioun. Using Mount Qasioun as a starting point, the Bellingcat team searched for locations around the mountain, focusing on known military sites before settling on one location of interest. The location, known as “Military Hospital 601” (33°30’39.81″ N  36°15’13.86″ E), had also been previously identified as a “Caesar” site. In order to analyze the probability of this being the same location as the one depicted in the Caesar photograph, the Bellingcat team first analyzed whether or not the location would have a clear view of the towers atop of Mount Qasioun. In the image below, we confirmed that a person located at the vehicle maintenance bay of Hospital 601 would have a view of the communication towers on Mount Qasioun. The red ovals indicate the approximate location of the communication towers. The team then turned its attention to identifying markers in the photograph with markers present in satellite imagery. The location bears a strong semblance to the photo given the layout of two buildings parallel to one another. A number of smaller structures in the background also align nicely with satellite imagery. Bellingcat also believes some of the landscaping seen in the Caesar photo matches that in the satellite imagery. 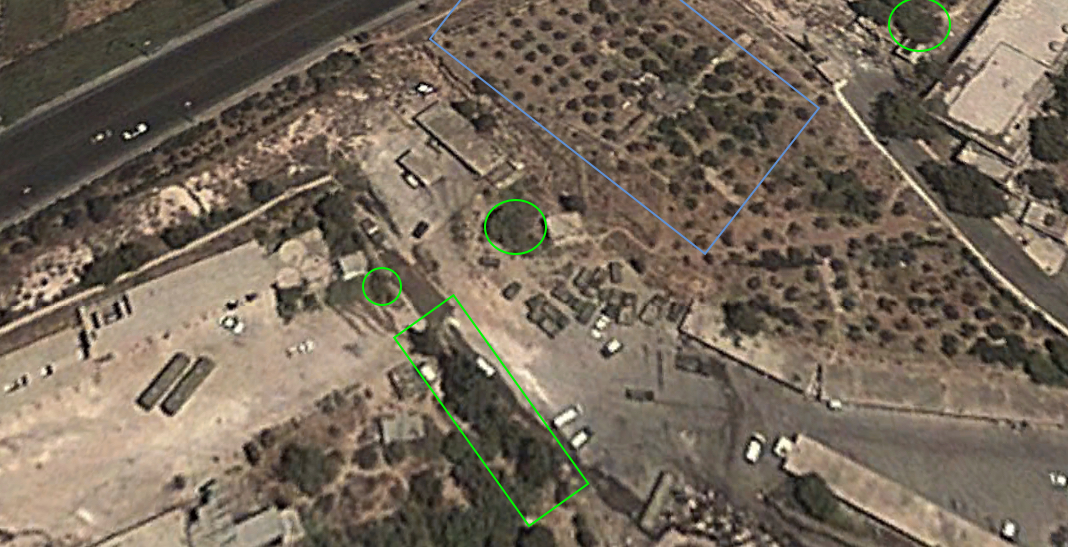 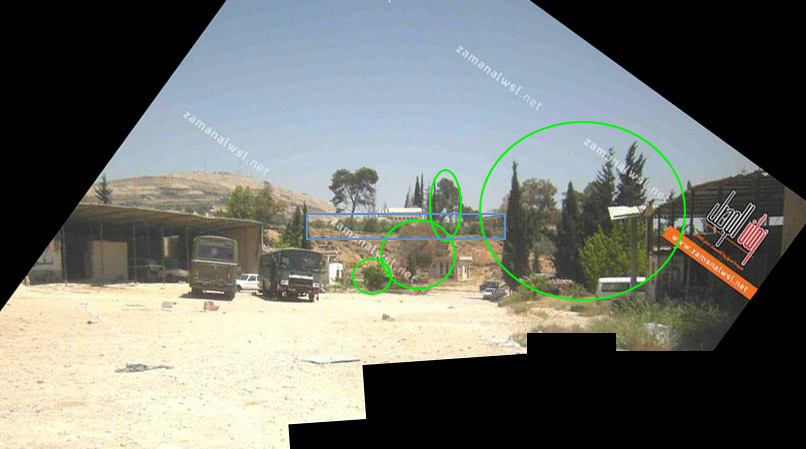 Taking into consideration the layout and nearly identical location markers, the Bellingcat team believes the Hospital 601 vehicle bay is indeed the location shown in the Caesar photo.

Strikingly, Military Hospital 601 is located less than a kilometer from Assad’s Presidential Palace. 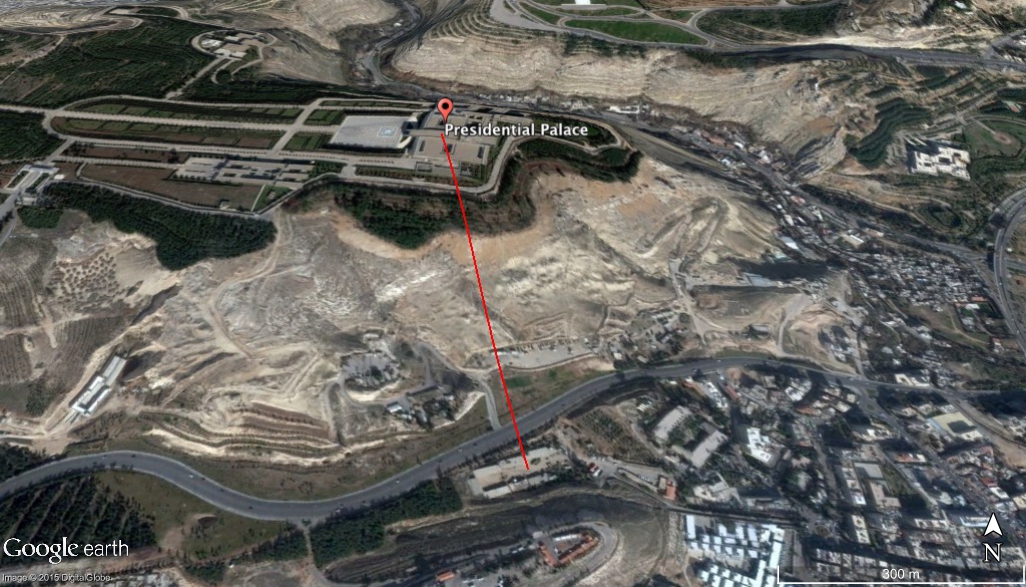