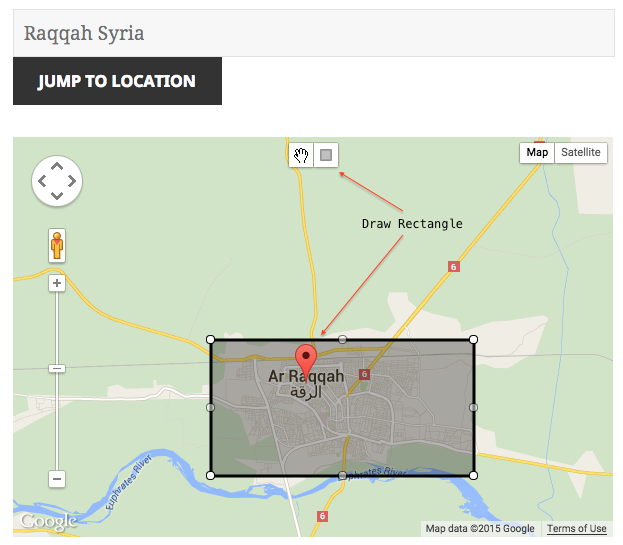 Ok we’re back. After a bit of feedback from readers on the first post and some investigation on my end, we have discovered the following:

So I am going to revamp this post to show you how to access the Panoramio API yourself, and introduce you to an amazingly useful Python library.

The Python requests library is one of the most useful and most used Python libraries around. It is basically a super simple way to make HTTP requests (HTTP is the protocol your web browser talks, as well as 99% of all API’s) inside your Python scripts. The sad thing is that it is not installed by default with Python. So remembering the previous post, let’s use pip to install it:

Done! Now we are going to use requests to directly access the Panoramio API ourselves.

Talking to The Panoramio API

The Panoramio Data API is documented here and from our previous foray into using it, we do have some basics on how the information is going to be formatted in order to get results back. The trick now is that we are going to be directly hitting their API and having to actually deal with the raw data before being able to generate our HTML page. Let’s waste no time and start coding, open a new Python script called auto_image_search_extended.py and punch in the following code (you can download the script here): 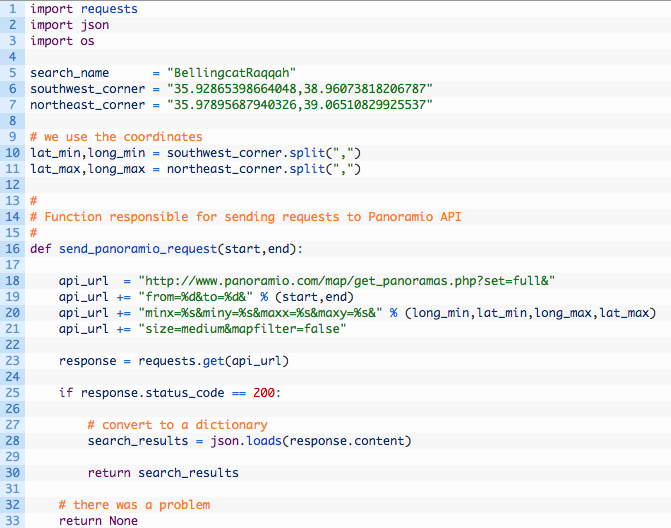 Let’s have a look at what the code is doing here:

Now that we have the first cut of talking to the Panoramio API we need to be able to continually poll it for results. Once we have made the request and converted the JSON to a Python dictionary, we have the following keys:

The trick is in the has_more key. We can continually ask for results by paging through them until the has_more value is set to False. Let’s implement this in code: 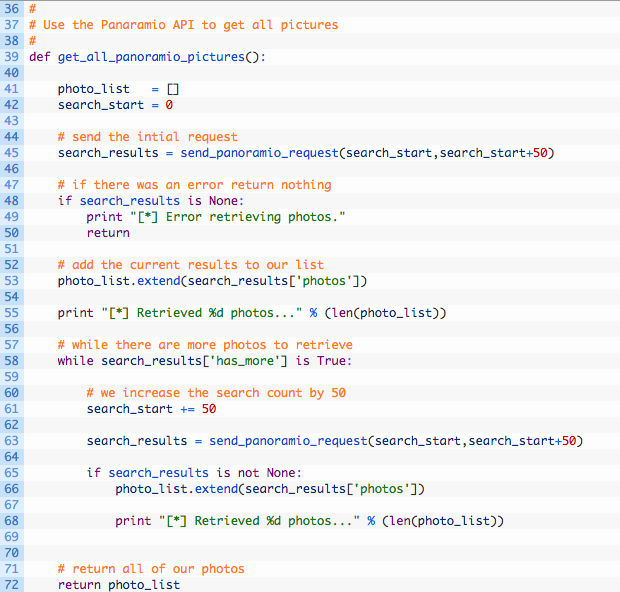 Let’s break this code down a bit:

Easy peasy, and you have learned some key programming concepts along the way! We are nearly there so let’s start to put the finishing touches on the script.

Logging to the HTML File

Just like our last script we are going to log to an HTML file. This time around we are going to do it a little differently in that we are just going to pass in the list of photos and have the logging function add each one to the HTML file. Add the following lines of code to your script: This is pretty straightforward code, and is much the same as the first script we wrote. The tail end of the script is just calling the functions that we previously setup. Now you can do much the same as in our previous case, use my bounding box tool to get the coordinates you want and run your query. In my example case you should get a new folder called “BellingcatRaqqah” with an HTML file inside that you can open and hunt for photos to help you geolocate videos and other photography.

You have learned some extremely useful techniques in this post. The main one being that we can write our own code to interact with an API without relying on how someone else has implemented it. This breaks you free of having to use other people’s tooling, and makes you more flexible as an OSINT practitioner in the future. There is nothing more frustrating than relying on a particular tool or set of libraries only to have it get shutdown or become out of date. As mentioned previously, we are going to tackle Wikimapia next, and include Wikimapia photos in our HTML page. 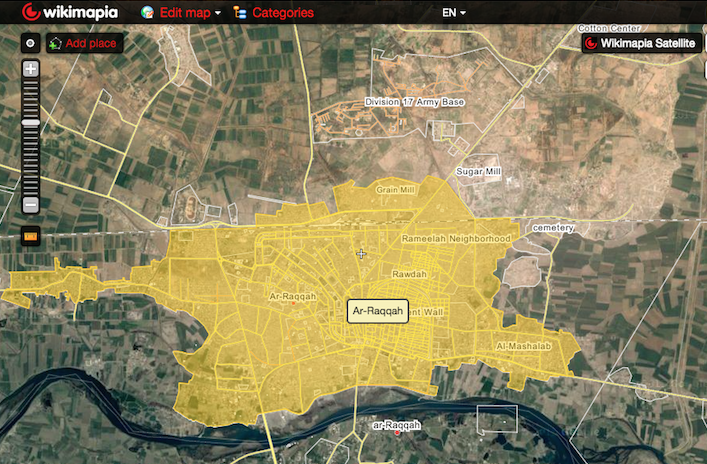