Today, December 20, the British Intelligence and Security Committee of Parliament published its 122-page annual report. This report covers a wide range of topics, including cyber security, the status of the UK’s international relationships, the threat of foreign fighters, and so on. However, one almost anecdotal detail in the Russian objectives and activity against UK and allied interests section states a key fact in absolute terms: the Russian military bears direct responsibility for the downing of Malaysian Airlines Flight 17 (MH17).

On page 52 of the report, when discussing Russian disinformation activities, a British Secret Intelligence Service (SIS) source described how “we know beyond any reasonable doubt that the Russian military supplied and subsequently recovered the missile launcher” after “the shooting down of MH-17.”

It is widely acknowledged by official bodies that the Buk that downed MH17 came from Russia and was returned there after the shoot down, but the language describing these events has been deliberately obfuscated to avoid a direct accusation at the Russian military. For example, the U.S. State Department’s press statement on the third anniversary of the tragedy mentioned that the Buk was brought “from Russia” and fired by “Russian-led forces,” but avoided direct accusations of the Russian military. 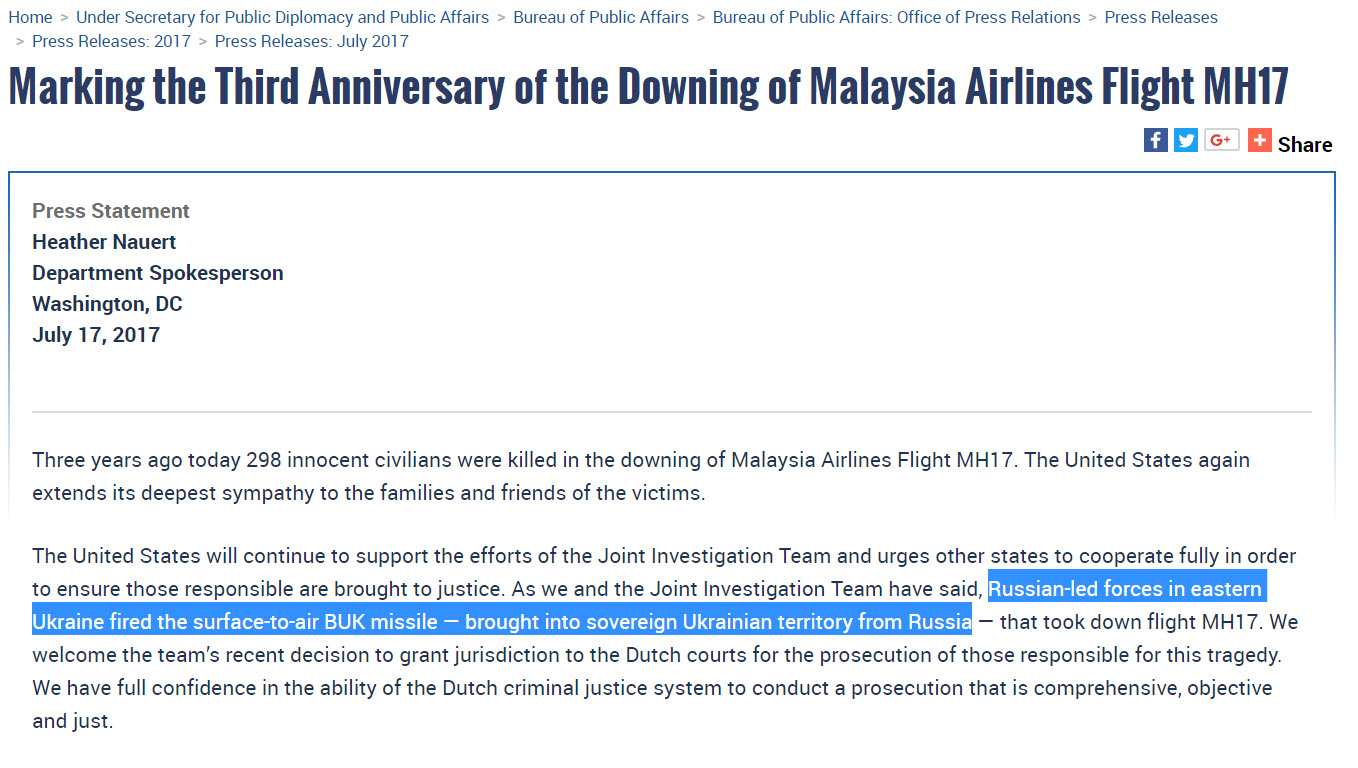 The reticence to directly name the Russian military can be seen clearly in the JIT’s 28 September 2016 press conference, where the investigators did all they could to avoid directly naming the actors who facilitated the transfer of Buk 332 across the Ukrainian border. For example, in one segment of the press conference, the Buk is described as crossing from the Russian Federation into Ukraine, with a map clearing showing the crossing point near Donetsk (Russia). 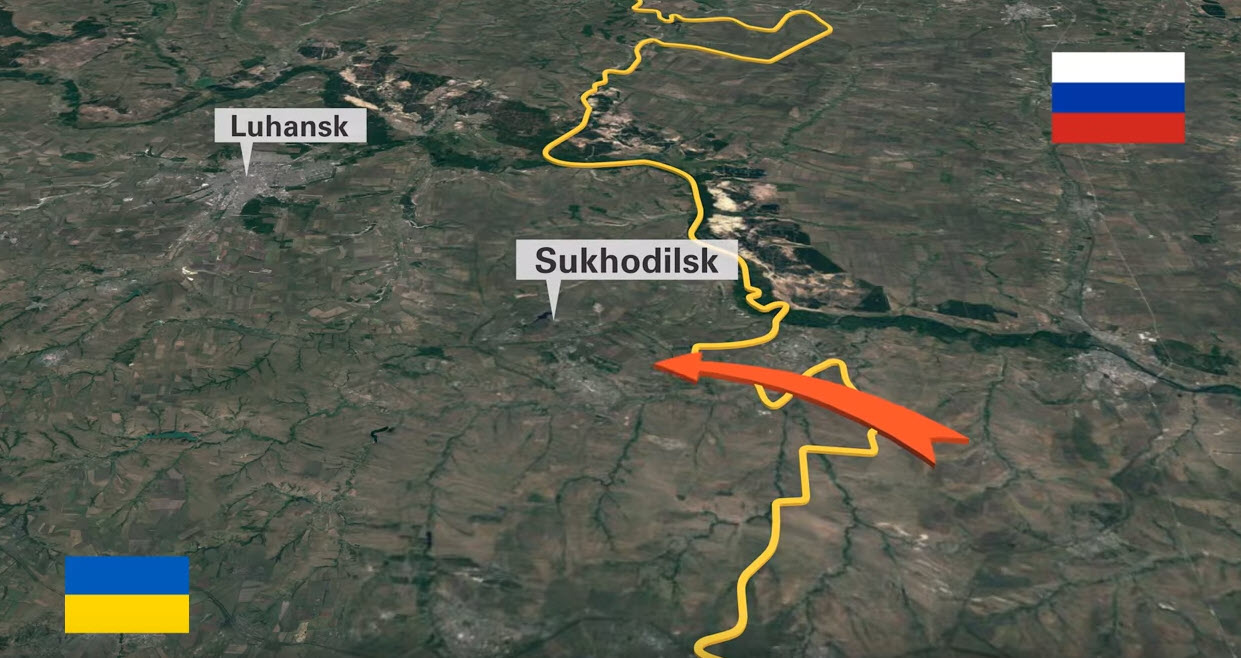 Later, the JIT showed a number of intercepted phone conversations from the morning after the downing. Some of the people in these conversations are unidentified, but at least one is the Russian Sergey Dubinsky, who worked as Igor “Strelkov” Girkin’s intelligence head in the so-called Donetsk People’s Republic (DNR). In the conversations, Dubinsky and others describe how the Buk was transported back to Russia and left with some “guys” (парни). 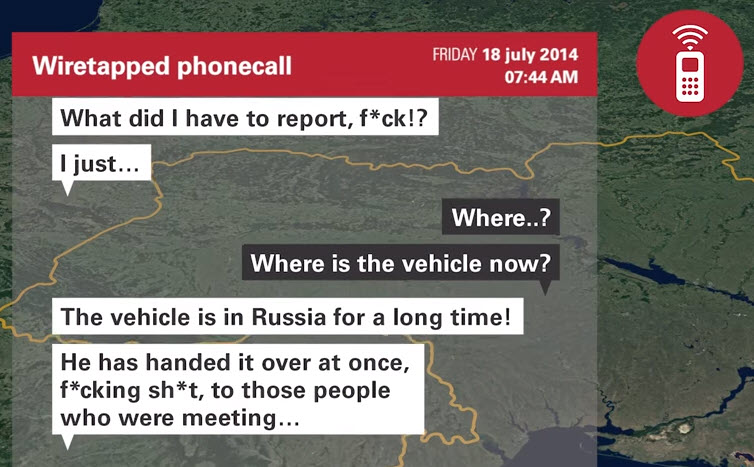 By following the statement in the British intelligence report, we can confirm that these “guys” who retrieved the Buk after it crossed the border were indeed Russian soldiers.

Since late 2014, Bellingcat has published a series of detailed reports outlining exactly which Russian military unit (53rd Anti-Aircraft Missile Brigade, based in Kursk, Russia) supplied the Buk 332, the Buk-M1 missile launcher that downed the passenger plane, along with the potential suspects and witnesses from this military unit who either participated in the transfer/use of the missile launcher or have direct knowledge of it. Additionally, we have published reports on the Russian soldier-drivers who were involved in the transport of the eventual MH17 murder weapon through Russia towards the Ukrainian border, along with two specific Russian suspects — one of which is a Colonel General in the Russian Armed Forces — who were key actors in the procurement and transfer of Buk 332. A summary of all of Bellingcat’s research into MH17 up to the the third anniversary of the tragedy can be found here.