Offshore in the UK: Analysing the Use of Scottish Limited Partnerships in Corruption & Money Laundering 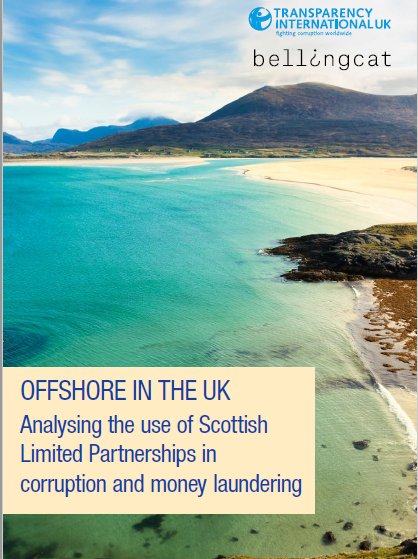 Based on joint research between TI-UK and Bellingcat, “Offshore in the UK” provides new insights into how money launderers are abusing Scottish Limited Partnerships (SLPs) – the UK’s own home-grown secrecy vehicle – to move billions of pounds of corrupt wealth around the world.

The report identifies how SLPs have become unusually popular in the last ten years, with a substantial proportion of them bearing the hallmarks of money laundering vehicles.

According to this new research:

The full report can be read here.