On July 15, 2014, a chaplain for the Ukrainian Armed Forces named O. (short for “otets,” or “father”) Gredil Mykhailo uploaded a handful of photographs showing a Ukrainian Buk missile launcher in a field that appeared to function as a Ukrainian military camp. We can now say that this Buk missile launcher was not located in eastern Ukraine, but instead in the Poltava Oblast in central Ukraine.

The photographs would not be noteworthy if it were not for two things: the fact that Mykhailo uploaded the photographs two days before the downing of Malaysian Airlines Flight 17 (July 17, 2014), and that he included geotags indicating that the photographs were taken near Donetsk in eastern Ukraine. The apparent location of these photographs seemed to contradict statements from the Ukrainian government claiming that there were no operational Buks in the zone of the “Anti-Terrorist Operation,” or the “ATO zone.”  These photographs gained minor popularity in some circles online after a user uploaded a series of photographs to an imgur album showing saved copies of Mykhailo’s photographs, including a geotagged photograph of the Buk missile launcher. One of these photographs shows Buk missile launcher 210 of the second battalion of the 223rd Anti-Aircraft Regiment, which is based in Stryi in western Ukraine. The photograph was geotagged in the Yasinuvatsky rayon (district), north of Donetsk. Another photograph, uploaded to the popular Russian forum Yaplakal, shows Mykhailo inside a control unit, geotagged in the Perevalsky rayon near Debaltseve.

However, after nearly three years, the photographs have been geolocated thanks to members of the Smolensk Forum. Mykhailo’s photographs were not actually taken in eastern Ukraine, but instead on the Myrhorod Air Base in the Poltava Oblast, hundreds of kilometers from the front lines of the war. 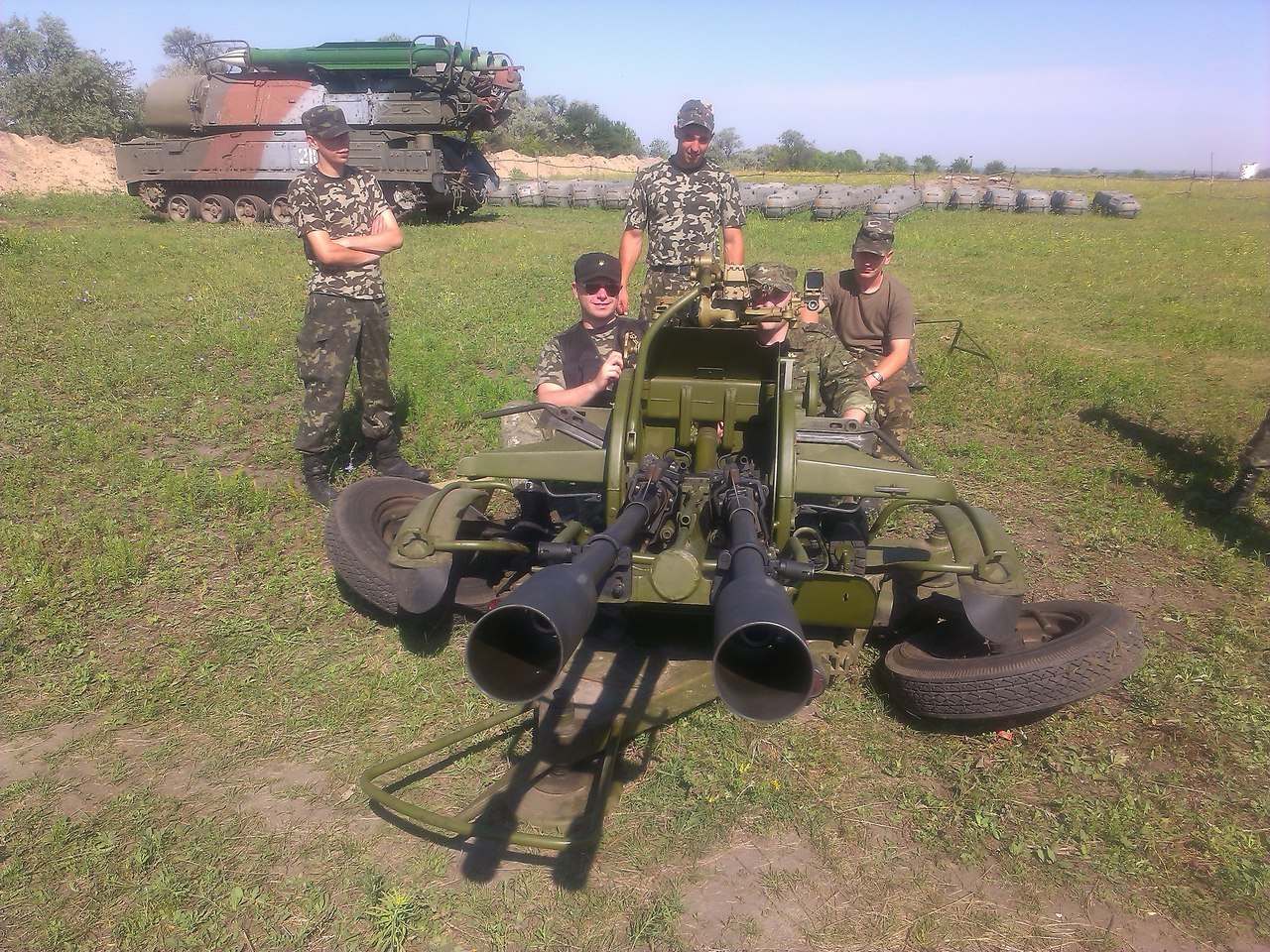 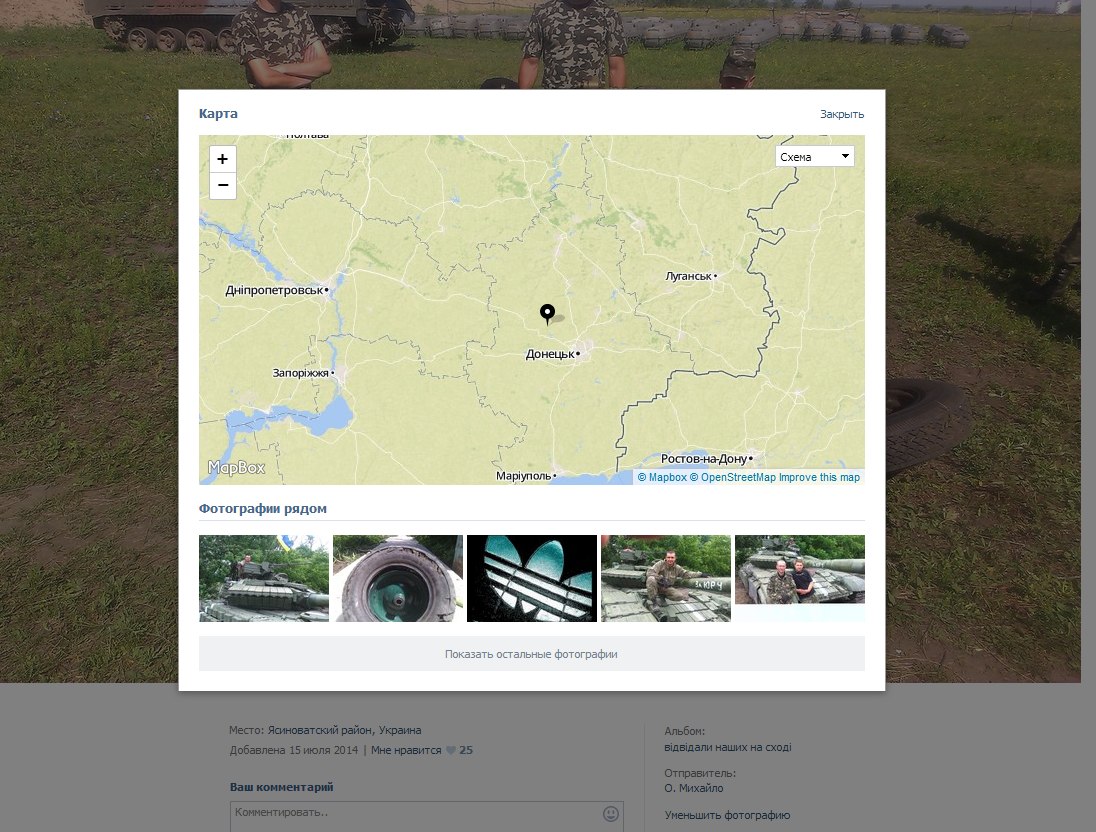 Geotag for the photograph with the Buk missile launcher, indicating the location of the Yasinuvatsky area, north of Donetsk.

According to the imgur post, Mykhailo replaced the geotags with a location near Moscow, Russia after people found out about some of his photographs geotagged in the ATO zone. He also claimed that the previous images were photoshopped. However, Mykhailo’s own reaction of 2 August 2014 does not mention this, but only that the location is hundreds of kilometers from Donetsk.

An article and photographs of May 10, 2014 on Mykhailo’s church website make clear that he visited a military camp before in May 2014. Two photographs in the article show Buk missile launcher 231 and Buk missile loader 222, which belong to the 2nd battalion of the 223rd Anti-Aircraft Regiment. One of the photographs shows, apparently, an airfield landing strip. Comparing May and July 2014 photographs of Mykhailo’s visits to the air defense base makes clear that he visited the same military camp in the area. 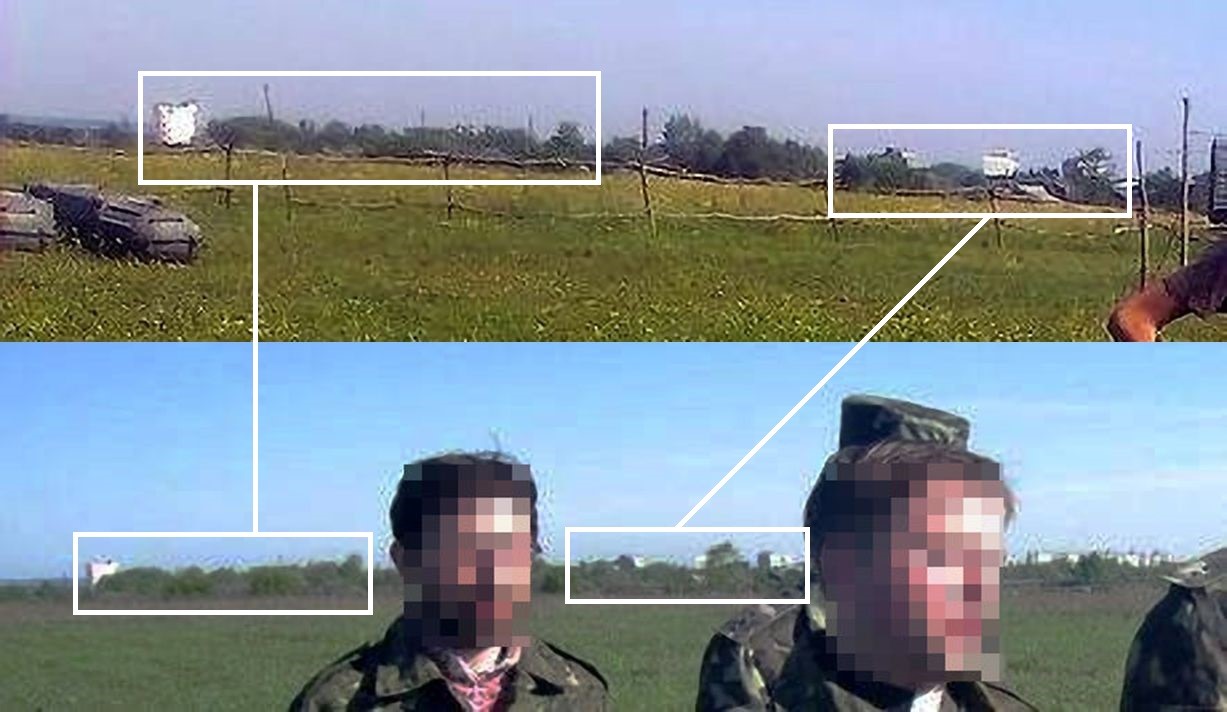 Comparison between May and July 2014 photographs of Mykhailo’s visit to a military camp.

Another comparison between May and July 2014 photographs of Mykhailo’s visit to a military camp, with the May 2014 photograph showing what seems to be an airfield landing strip.

User “Vam” from the Smolensk Forum began reexamining the location of the “chaplain photos” and also noticed similarities between the July 2014 photographs posted by Mykhailo and May 2014 photographs on Mykhailo’s church website. The same user later noticed an article on the site “Catholic Columnist” published on July 14, 2014 about a visit from Mykhailo to air defense troops. In this article, it’s described how the chaplain brought supplies to soldiers near Poltava before moving to the ATO zone, further south and east. This is a likely explanation for why the geotags were set for the Yasinuvatsky and Perevalsky areas, as Mykhailo may have uploaded the photographs of the air defense military camp a a few days later while traveling in the ATO zone.

Users “Andrew Andreev” and “Vam” from the Smolensk Forum then connected all the dots and figured out the location — Myrhorod, in the Poltava Oblast, located in between Kyiv and Donetsk. A grain elevator in the distance of Mykhailo’s July 15, 2014 photograph showing Buk missile launcher 210 was geolocated to 49,940772, 33.607480.

Furthermore, an April 2014 video of military equipment–including Buk vehicles–being transported in Myrhorod in April 2014 was found. This video includes Buk missile launchers 210 and 231, along with Buk missile loader 222 of the 2nd battalion of the 223rd Anti-Aircraft Regiment–visible in Mykhailo’s May and July 2014 photographs. 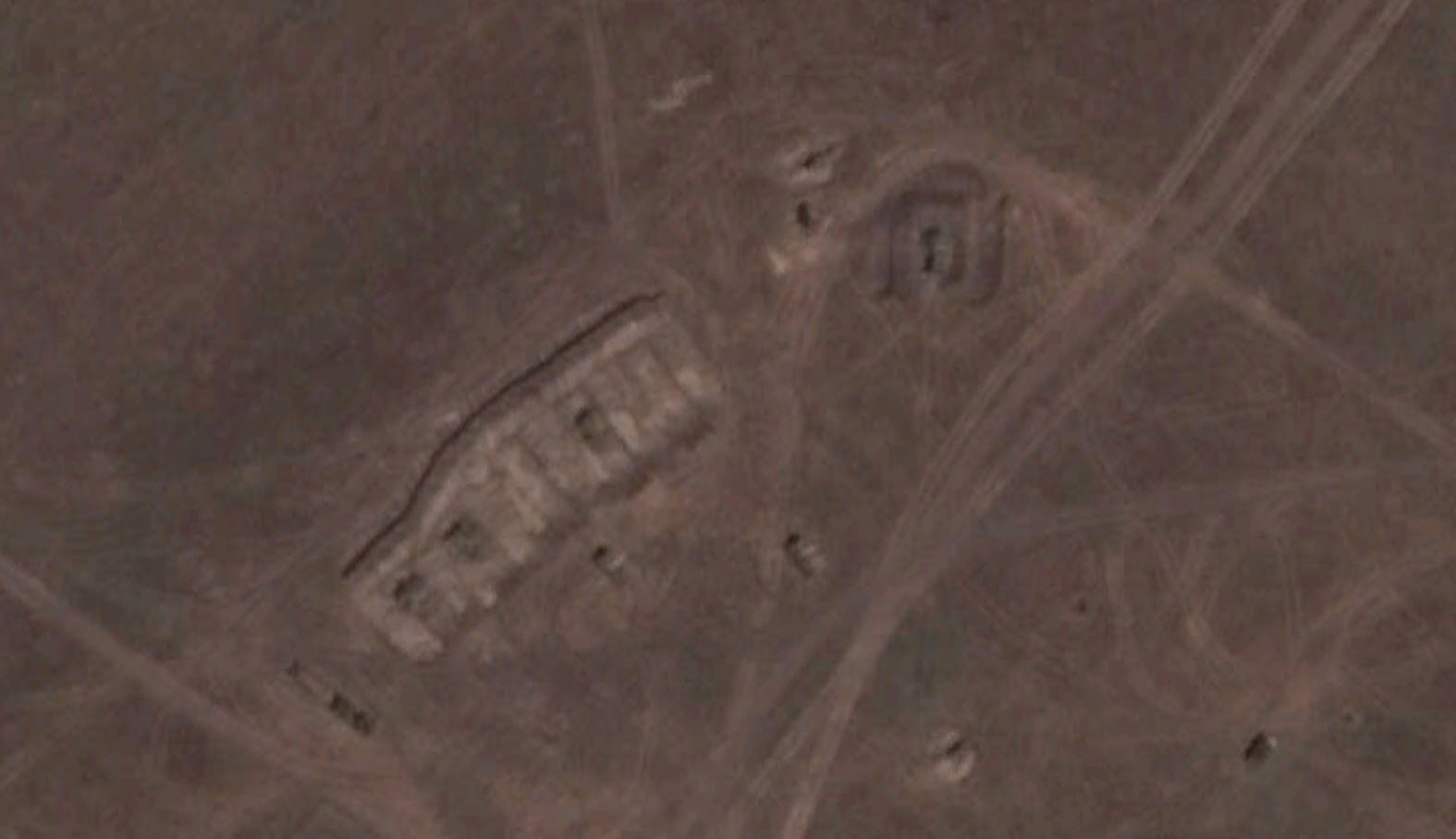 Buks and other military equipment on August 14, 2014 (Google Earth) 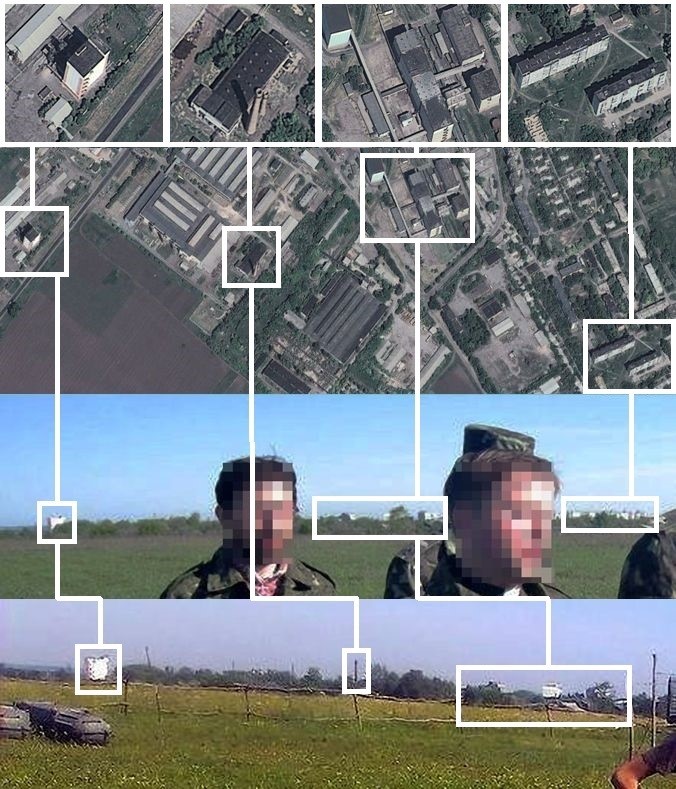 With this photograph geolocated, another question regarding the location of Buk missile launchers at the time of the downing of MH17 has been answered. Previously, footage aired on Ukrainian Military TV the day before the downing was a significant question, but we were able to geolocate this footage in March 2016 in the article “Ukrainian Buk Footage from July 16, 2014 Geolocated.” Now, with the geolocation of the Mykhailo photographs, we see another instance in which Ukrainian Buks thought to be within range of downing MH17 were, in reality, quite far from the MH17 crash site, let alone the front lines. Still, after nearly three years, the only operational Buk missile launcher observed within firing range of MH17 on July 17, 2014 was the Russian Buk 332, from the Kursk-based 53rd Anti-Aircraft Missile Brigade.