On July 16, 2014, the Ukrainian Ministry of Defense’s television network aired a program about the military situation in Ukraine with the caption “Servicemen of the Ukrainian Armed Forces patrol the area of the ATO zone.” In a segment of this video, two Buk missile launchers, a Buk Snow Drift Radar, and a ST-68U Tin Shield Radar are shown. 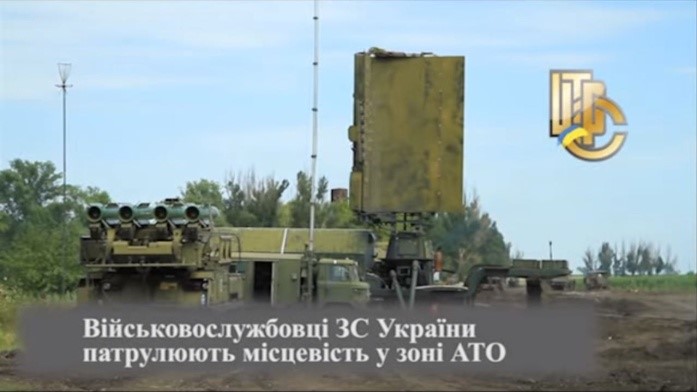 Another video, aired by the same television network and uploaded on 5 July 2014, also shows a military base, including a Buk missile launcher numbered 332 and a Buk missile loader numbered 323. Neither videos specify a location, but a comparison of these videos makes clear that they are at the same base. 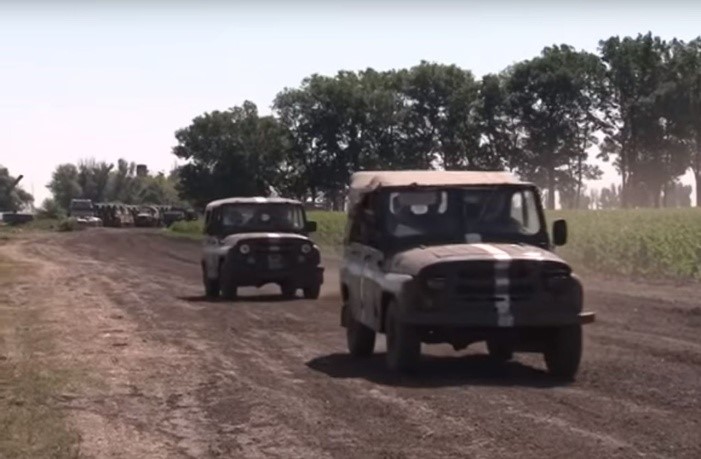 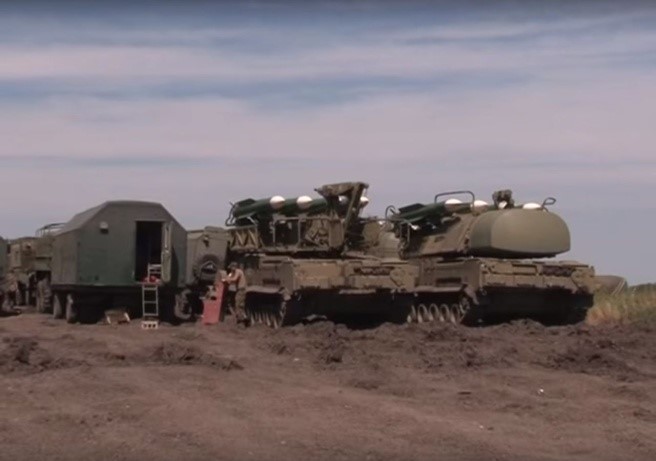 The uncertainty of the location of the 16 July 2014 video in particular, showing an operational Buk in footage released the day before the downing of MH17, has led to a wide range of accusations and conspiracy theories. Various Russian news outlets, including Kremlin-funded RT and Ministry of Defense-funded TV Zvezda, have given special attention to this television segment and the presence of the Ukrainian Buk system. Dutch journalist Rudy Bouma from ‘Nieuwsuur’ contacted the Ukrainian military about the location of the footage, later tweeting that the Ukrainian military reported that the Buks were stationed in Kramatorsk. They were likely referring to the Kramatorsk airfield, where numerous Buk missile launchers and radar units were deployed throughout the summer of 2014.

However, the video was not filmed in Kramatorsk, but instead the Ukrainian “Luna” military base near the village of Dovhenke, located in the Kharkiv Oblast’ to the south of Izyum. The most recent satellite image of the village is from May 2014, making a geolocation of the Buk in the July 16 video difficult. Yandex satellite imagery of the location shows the beginnings of the military camp. However, there are a number of videos of the camp available, including a concert for soldiers and a drive into and through the camp. Some of the landmarks in the July 5 and July 16 videos are visible in satellite imagery, but the more conclusive matches are in these ground-level videos.

Three videos filmed in June 2014 of concert performances at the “Luna” military camp at Dovhenke reveal the same landscape as seen in the July 16, 2014 video: 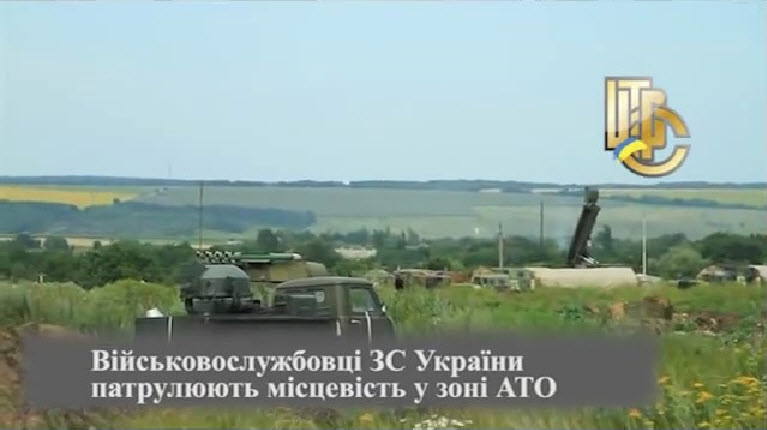 Further comparisons between the two July videos depicting the Buks and the June videos showing the concerts reveals additional matches in the landscape and structures. Examining the landscapes in these videos allows us to pinpoint the exact locations of where the July 5 and 16 videos were filmed. Both of these videos, which depict Ukrainian Buk missile launchers, were filmed west of the ATO camp: Buk radar and missile launcher units at the Kramatorsk airfield on July 23, 2014

Photographs of Kramatorsk airfield of 17 August 2014 show a Buk missile launcher, numbered 312, and a Buk Snow Drift Radar, as previously described in a Bellingcat article. Buk missile launcher 312, as well as all other 3rd Battalion Buk unit vehicles, were transported in March 2014 from a base of the 156th Anti-Aircraft Missile regiment near Luhansk. Several news articles and videos have documented this transport. A photograph of Kramatorsk airfield, taken on or before 28 July 2014 per the image description, was uploaded to a blog that shows several images of Ukrainian Buks and other military equipment. That photograph shows the same radar system deployed in the July 16 video; however, the photograph and video were shot in different locations.

Comparison between the July 16 video and a photograph of the same radar system at Kramatorsk airfield, July 28, 2014. 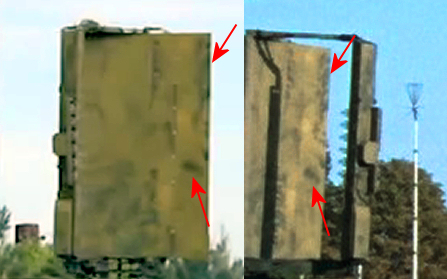 Similar markings on the radar. The colors appear different due to lighting.

The footage from both the July 5 and 16, 2014 videos were filmed at the same location: a Ukrainian military camp to the south of Dovhenke, near Izyum, approximately 130 kilometers to the northwest of the MH17 crash site and even further from any feasible launch sites, according to the Dutch Safety Board and Almaz-Antey. Some—if not all—of the Buk missile launchers and radar units in this video footage returned to the Kramatorsk airfield in mid-July. There is no reason to believe that these Buk missile launchers are in any way connected to the downing of MH17.