Are Historic Mosques In Xinjiang Being Destroyed?

Activists on Twitter have recently claimed that China has been destroying historic mosques across Xinjiang province, which is home to a large population of Uighurs, a primarily Muslim minority in China.

By using open sources and satellite imagery we can locate these mosques and check such claims. We can also potentially narrow down when the alleged destruction took place.

The first mosque that came to our attention was the Keriya Aitika Mosque, located here. We already know the exact location as the activist who posted about this mosque helpfully included the coordinates in his images. The two images that the activist posted from Google Earth clearly demonstrate that the building depicted has been razed. 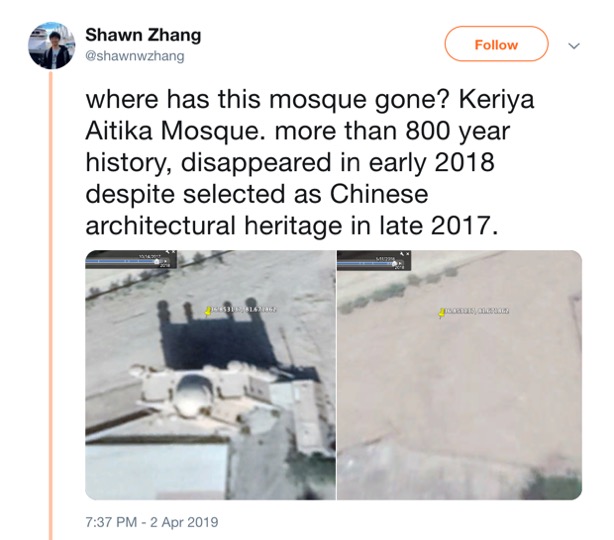 Screenshot of Tweet. Note the co-ordinates in the images (source)

A Google image search using the terms “Keriya Mosque, China” makes clear that the location depicted is the northern gatehouse for a mosque. The main prayer hall appears to be a large rectangular building immediately to the south, documented in this Flickr album. There is a smaller building between the large building and the gatehouse, which Google Earth indicates was built after March 2014. Although the original poster has already used Google Earth historical imagery to show that the gatehouse has certainly been destroyed, we can use Planet Labs imagery to narrow down exactly when this took place.

Planet Labs imagery is usually of much lower resolution than Google Earth, typically three meters per pixel rather than 50 cm or 30 cm per pixel, however the imagery is taken more regularly. Below is a comparison between this location on the 19th (left) and 20th (right) of March 2018, using Planet Labs imagery. We can see that the gatehouse seems to disappear. It is therefore apparent that there has been a change between March 19 and 20, focused on the gatehouse.  In the slider below comparing the two dates, we can see that the building immediately to the south of the gatehouse has also been completely removed, although the larger rectangular building to the south, which we believe to be the prayer hall, appears to be intact. 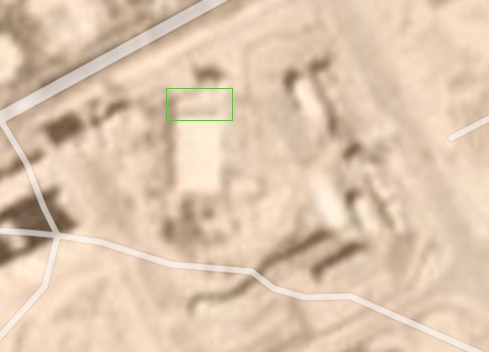 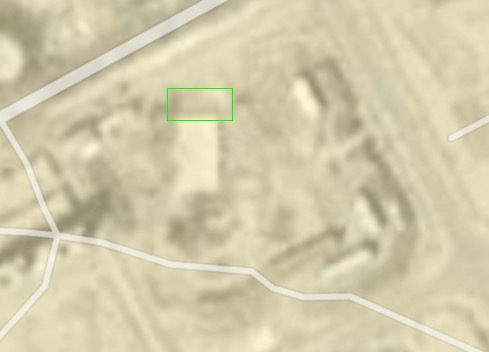 A second user on the original thread on this subject asked about the Kargilik Mosque and whether it had been razed or not. 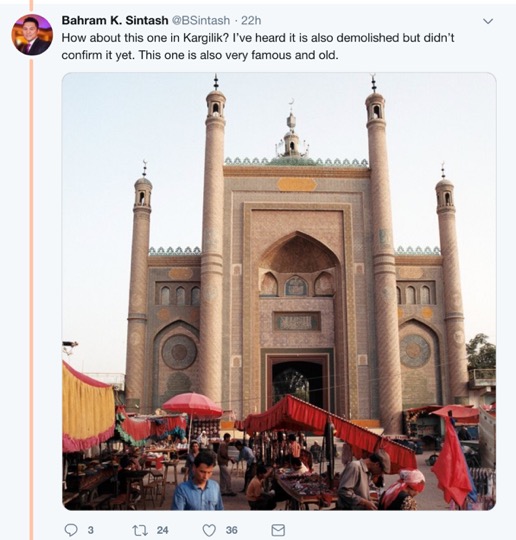 Finding the exact location of this mosque is a little harder, but not by much. Simply by typing “Kargilik Mosque” into Google we find that the first result was a place in the collaborative mapping service Wikimapia. By comparing satellite imagery of this location with other images we found of this mosque, we can confirm that this location is correct.

Fade comparison between November 29 and December 21, 2018 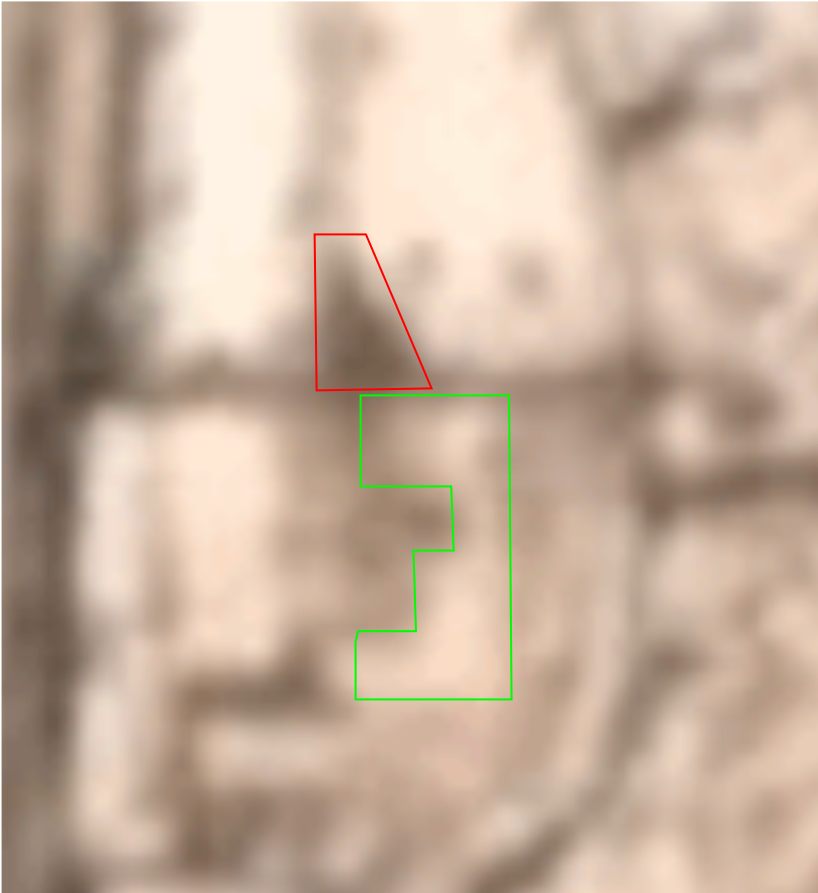 Comparison of the mosque site in Kargilik. Green indicates where a building has been removed and red shows where the shadow of the gatehouse should fall. (Images courtesy of Planet Labs)

Using the Planet Labs imagery we can can see that something big has happened, but it’s not possible to be sure of the exact extent of this change as Google Earth has no up-to-date imagery. However, recent high quality imagery can be leased from TerraServer, which shows the extent of the change in much higher detail. As we can see from the comparison below, a large portion of the mosque complex has been removed, including the impressive gatehouse. By using a variety of tools, including subscription services, open sources and collaborative mapping applications, we can identify that these two mosques have undergone significant structural changes over the course of 2018. This changes translate into the loss of beautiful and historic buildings, such as the gatehouse at Keriya Mosque and a large portion of the Kargilik Mosque

It is already clear that there is systematic repression and imprisonment of the Muslim Uighur minority in Xinjiang, and the destruction of cultural and religiously significant Islamic buildings in this province may be a further part of this ongoing repression. Commercial mapping and satellite imagery services will be important tools in tracking such events and identifying if the destruction of such buildings is systemic or not, especially in a region where access can be difficult.