Throughout this summer, dozens of residents of Armenia’s Jermuk community and several other surrounding regions, including the villages of Gndevaz and Kechut, have been blocking all roads leading to the Amulsar mountain, a site targeted for gold mining to be operated by Lydian Armenia. The protesters began camping at the entrances to the mountain in late June, despite repeated urges and calls from new Armenian Prime Minister Nikol Pashinyan to unblock the roads while experts are deciding whether Lydian Armenia, a subsidiary of offshore-registered Lydian International, should be given the green light to go ahead with their planned gold mining operations.

For years, local environmentalists and affected villagers have been protesting against the development of the mine, claiming that the mining activities would endanger the region’s water resources and the local population’s health. Additionally, local and national activists claim that the gold mine would threaten Jermuk’s potential as a tourist destination, as Jermuk is currently a world-known resort and spa town famous for its hot springs and mineral water.

After the recent protest wave that put Prime Minister Pashinyan into power, the new Armenian leader visited Jermuk to call upon protesters to, for the time being, let Lydian carry on with their operations. The head of the Armenian government promised that an ad-hoc expert group would be established to examine all mining operations in Armenia; however, first and foremost, the Amulsar gold project would be considered, and the expert group would give a conclusion on the Amulsar project’s compliance with Armenian law and environmental protection norms. Armenian environmentalists have long claimed that the Amulsar project’s approval was rushed through national regulatory bodies without proper oversight and research.

The protesters, however, announced they would continue their blockade to prevent the mining company from continuing its construction progress. The expert group has already started its work and includes representatives of the local communities and civil society; it is expected to offer its opinion within the upcoming weeks.

Last Friday, on August 17, the environmental activists camped near Amulsar “left their posts” to drive to Yerevan and take part in a rally organized by Prime Minister Pashinyan to mark his first 100 days in office. The rally, which was held in Yerevan’s central Republic Square, was attended by tens of thousands of Pashinyan supporters. The video below, posted on Facebook by Edmond Aghabekyan, shows anti-mining Amulsar demonstrators marching in Yerevan holding a placard that reads “Amulsar protectors from Jermuk stand by you!”

Road Blockades Near the Mine

Amulsar mine workers have organized several protests of their own in late June and early July: on June 29, they blocked the main road leading to Jermuk, while on July 2, over 200 Lydian Armenia employees gathered outside the government building in Yerevan to demand a swift solution to the issue so that they are able to go back to work.

On August 9, a group of Lydian workers blocked a road in Saravan leading to Amulsar, trying to forcibly get to the construction sites and resume works there. The situation got even tenser after police intervention; the Lydian employees, however, had to retreat after several environmental activists laid on the ground in front of their heavy equipment, preventing them from advancing any further. Photograph from Tehmine Nenoqyan’s Facebook page showing the August 9 road blockage in Saravan, leading to the Amulsar mine. (source) Photograph from the Facebook page of Ani Seize Khachatryan showing the August 9th road blockage in Saravan, near the Amulsar mine and processing facility. (source)

“Solidarity March in Jermuk for Amulsar”, video by Vazgen Galstyan on his personal Facebook page, published on August 12 (source)

Another, lengthier video from the same event can be viewed here, taken by Tahmine Yenoqyan on her personal Facebook page.

The demonstrators were successful in halting the construction near the mine, with many activists celebrating the success of their ongoing efforts. A July 20th video posted onto the Facebook page of Tehmine Yenoqyan shows heavy construction equipment being driven away from the Amulsar site, with environmental activists cheering on their departure. Three days later, activists celebrated how “construction works were stopped, never to be re-launched again.” 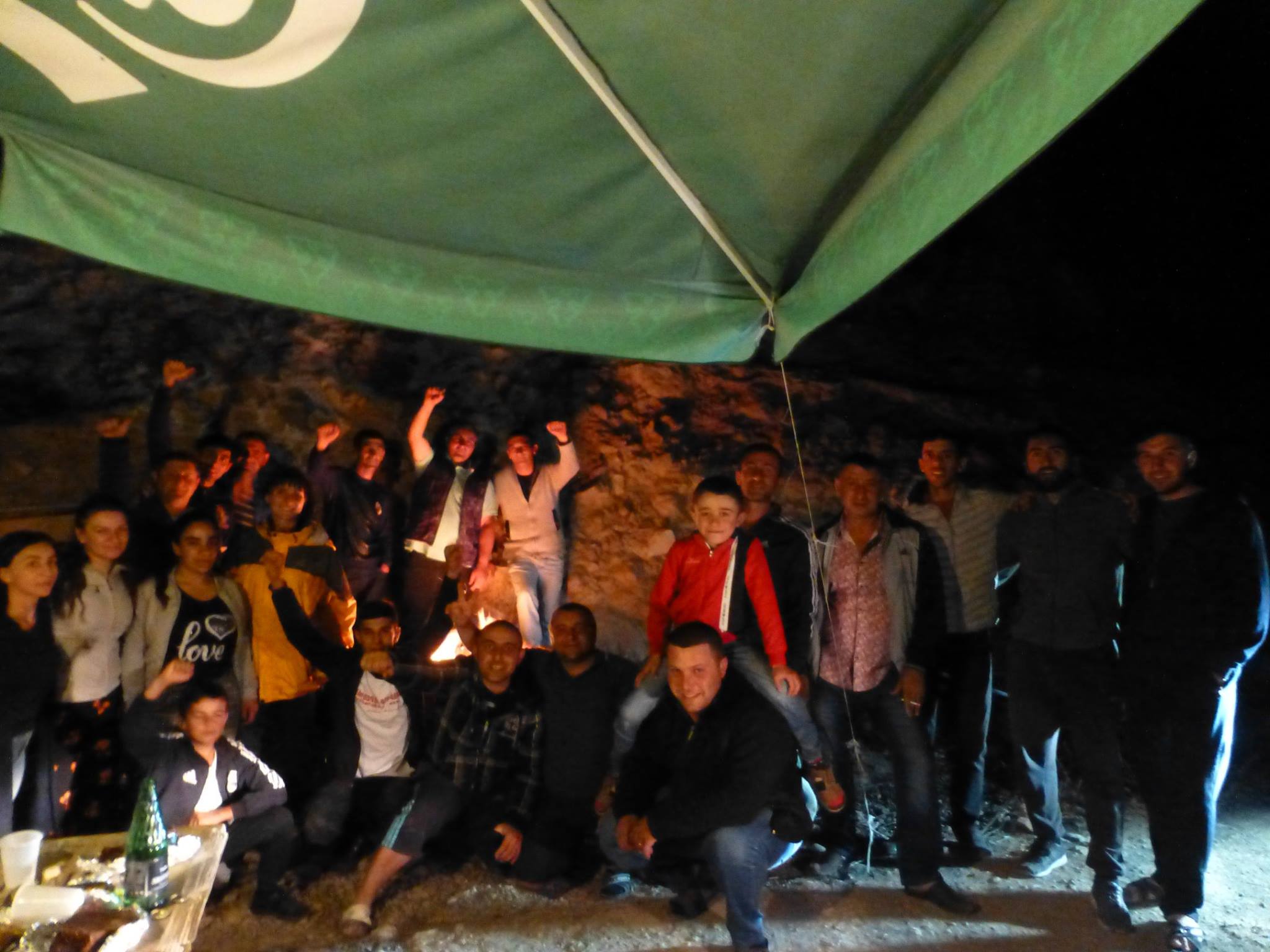 Below is a scroll-over image slider which allows you to observe progress between the February 20th and July 1st satellite images yourself to observe the progress through the spring of 2018. 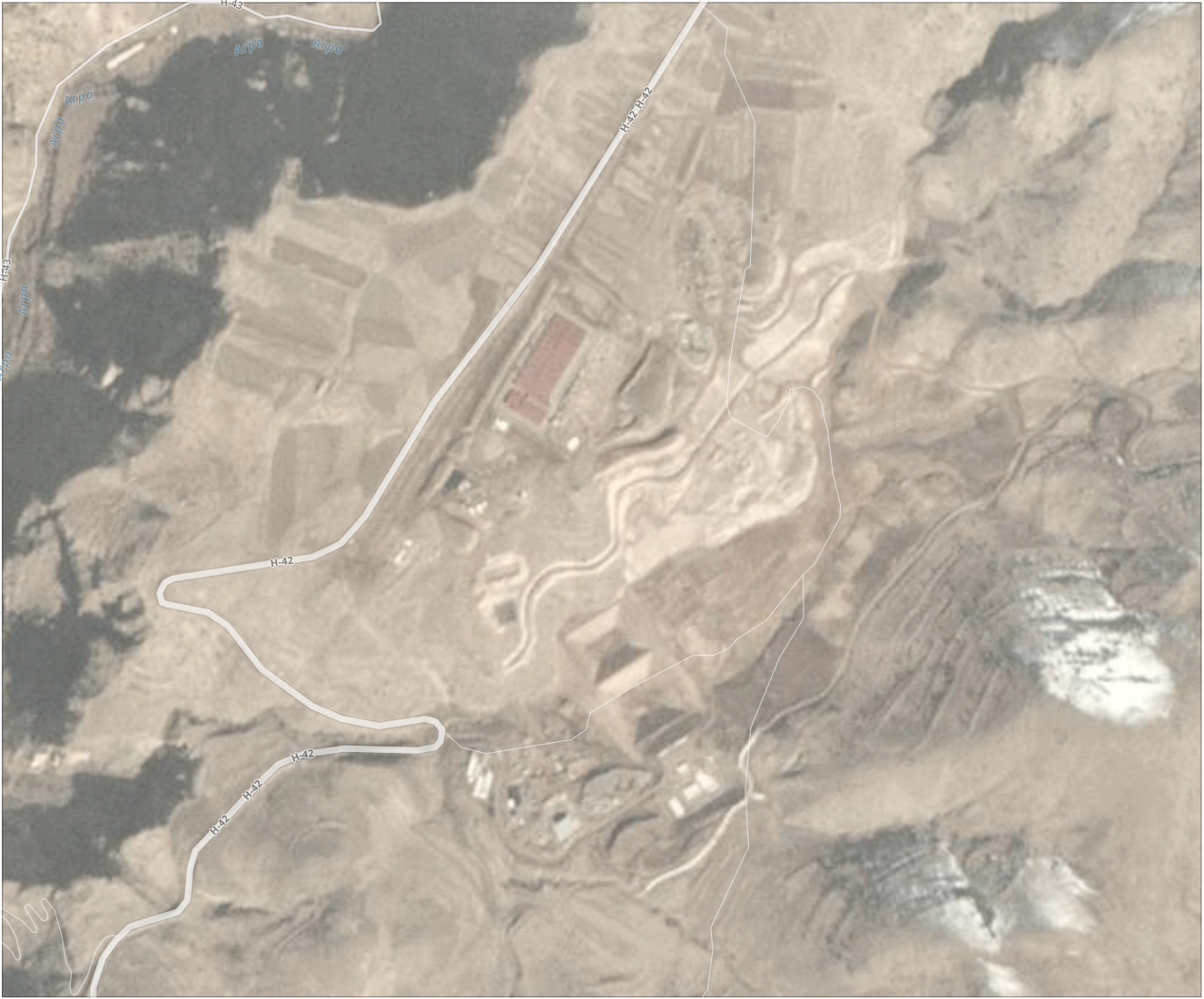 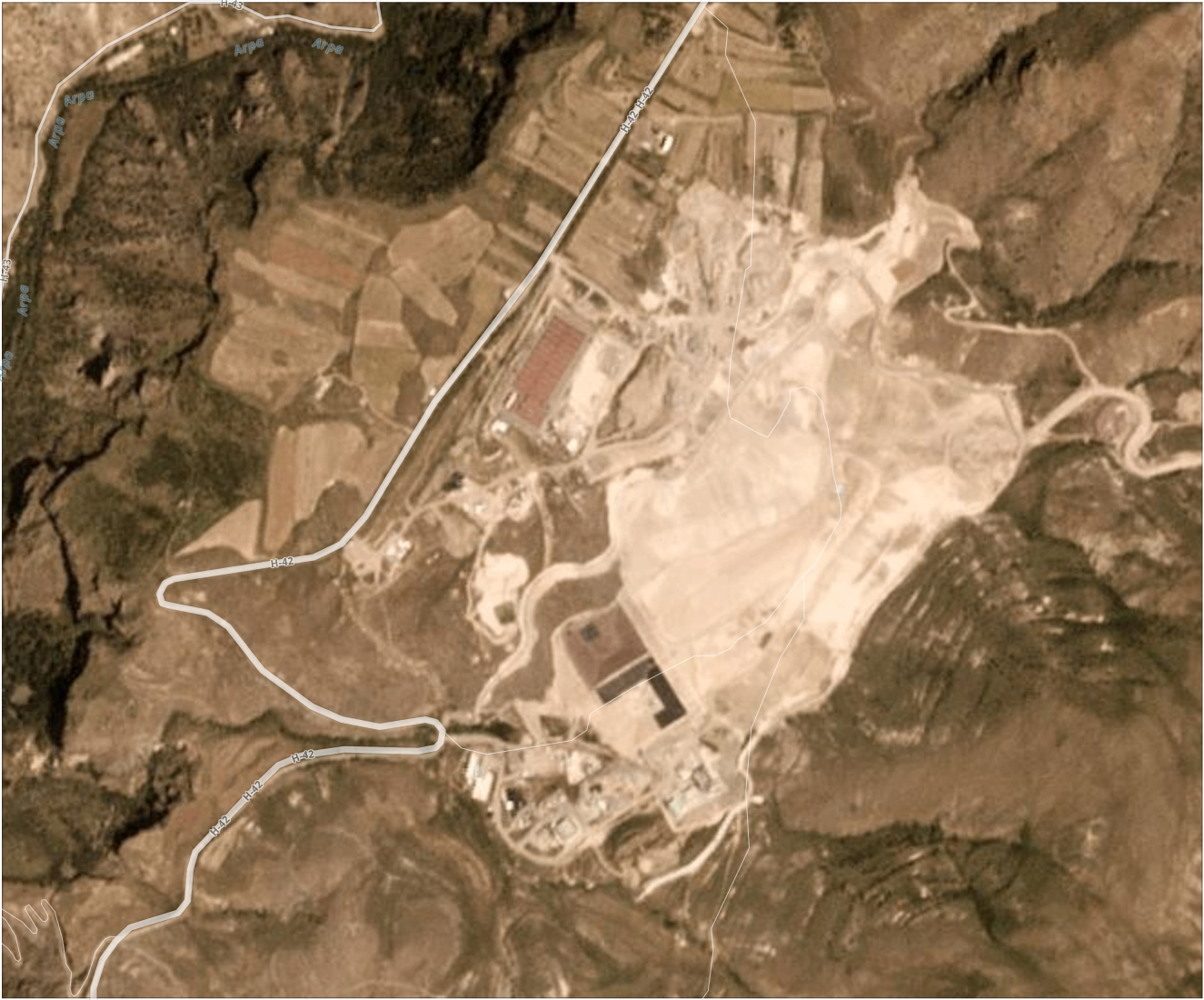 Below, a timelapse animation shows very little activity in June and thus far in August. Below the timelapse animation is a scroll-over image slider which allows you to observe minor differences between the July 1st and August 16th satellite images yourself. The Amulsar gold mine project has become a flash point in Armenia following the turnover in government leadership, even sparking a reaction from the U.S. Ambassador to Armenia, stating that the Embassy is “pleased the government is conducting an environmental audit of Lydian’s Amulsar project.” Lydian International has shot back against the environmental activists in an aggressive online campaign, including a video on their YouTube channel entitled “Zangezur Copper-Molybdenum Combine Supplies Food to Amulsar Demonstrators” that claims that the protesters are conducting “artificial actions” and that there are shadowy operators trying to expel Lydian from Armenia for their own financial interests. Lydian also accused these shadowy forces of “defaming” them through a propaganda campaign conducted through Armenian mass media and on social networks. 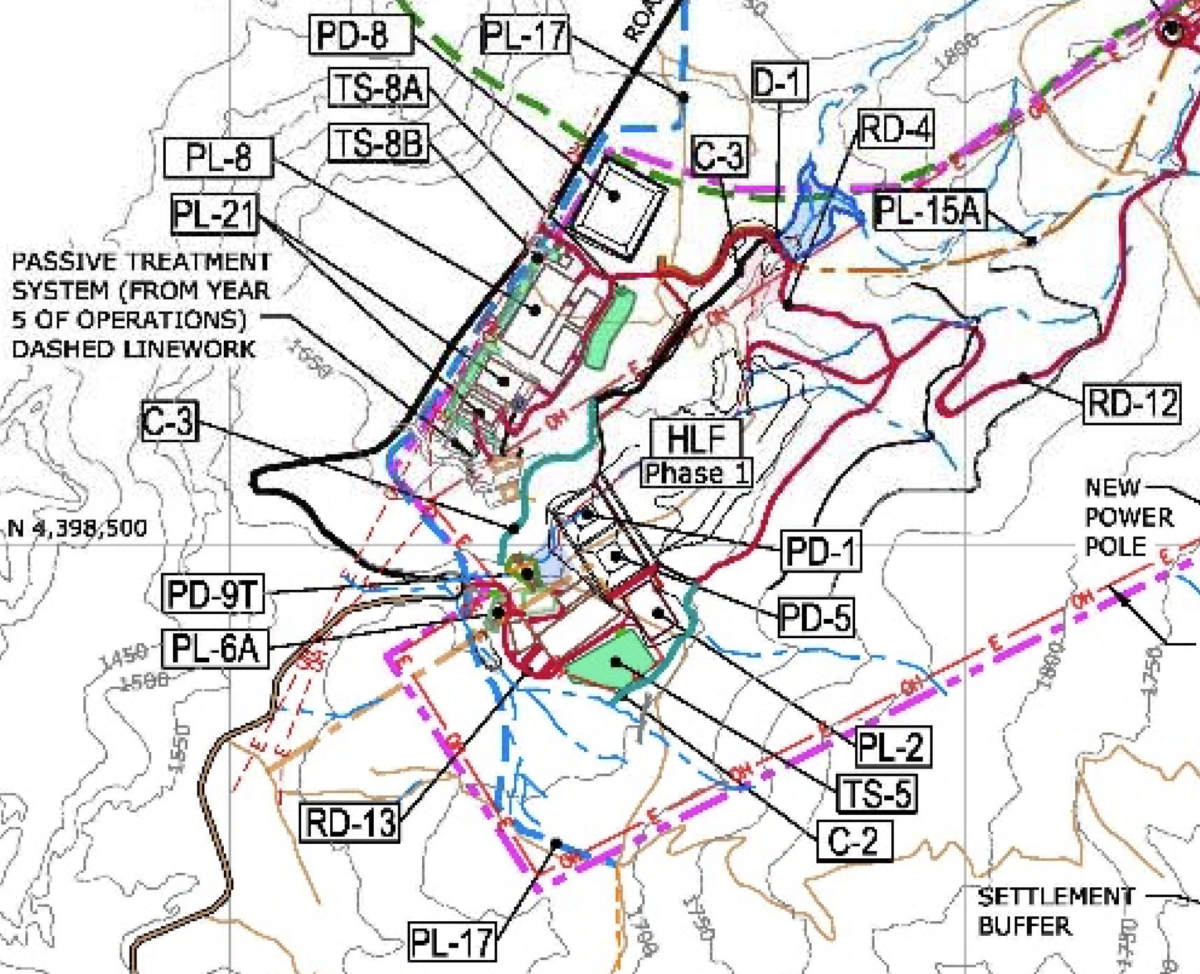