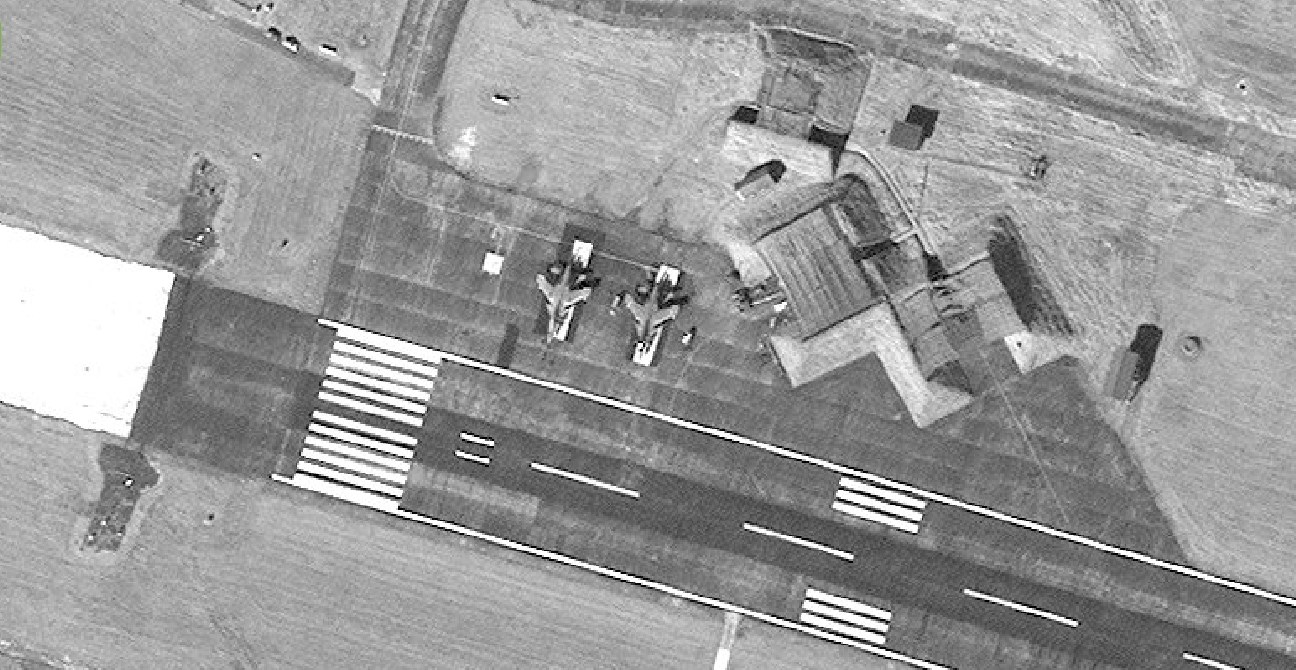 Due to ongoing tensions with China, the Indian Air Force has deployed a flight of at least four Su-30MKI Flanker multi-role fighter to Hasimara, the nearest Indian airbase to the recent Doklam standoff. Commercial imagery first captured the aircraft in October but it’s possible they may have arrived earlier. Imagery in August 2017 shows that workers covered the alert revetments on both ends of the runway preventing EO observation. Given regional basing, the aircraft likely arrived from neighboring Tezpur where a full squadron is reportedly deployed.

The advanced fighters join the IAF’s MIG-27ML/UPG at the strategic location. The ground attack aircraft are reportedly operated by No 22 Squadron. The overall number of MIG-27ML/UPG operated from the airbase recently decreased in 2016 when the previously co-located No 18 Squadron was decommissioned. The older non-operational airframes remain parked south of the runway.  Domestic news in December reported that 22 Squadron would also be decommissioned. However, the swing-wing aircraft could still be viewed on the main parking apron and in nearby revetments in January.

Short on aircraft, Hasimara is expected to receive new deployments with discussions in the Indian press suggesting one of India’s Dassault Rafale squadrons. Unfortunately, the first batch of the French-built aircraft is not expected to arrive until 2019. Until the Rafale are inducted, the SU-30MKIrotations will likely continue in order to help close the gap of operational assets at the airbase. Imagery captured the Flanker still parked on the apron  in December 2017.

In the meantime, imagery continues to show a heavy People’s Liberation Army (PLA) ground presence east of the Doka La border crossing and in areas that could reinforce troops in the disputed Bhutanese territory. Beyond ground forces, China also continues to maintain larger numbers of fighter aircraft at regional airbases near the standoff and has improved infrastructure at key airbases.

Bottom Line: The Su-30MKI rotations will likely remain a stop-gap until the border airbase is re-equipped with new aircraft.