In August, Bellingcat published an article about Lydian International’s plans to start a large-scale gold mining operation at the Amulsar mountain in Armenia. For the first piece, we chose to focus mainly on satellite imagery and show how Lydian’s construction of its heap leaching facility (HLF) has progressed just south of the village of Gndevaz. Heap leaching is the process by which precious metals are extracted from rock by leaching solvents, in this case cyanide. As we described in our previous article on the Amulsar project:

“Cyanide heap-leaching, or gold cyanidation, is not a rare process, as it is used in the vast majority of gold mining and production operations. However, there have been disastrous consequences on the ecosystems of several countries after accidents. One such example took place in January 2000 in Romania, when the byproducts of gold mining (which included cyanide) spread throughout nearby farmland and rivers, including into the Danube, causing what the BBC called the “worst environmental disaster since the Chernobyl nuclear leak.” However, we do not have to look back almost seventeen years to see the potential consequences of using cyanide heap-leaching in the gold production process, as “more than a million liters of cyanide solution entered nearby rivers” after an accident took place at the Veladero gold mine in Argentina in September 2015. Environmentalists in Armenia fear that Lake Sevan and nearby reservoirs could suffer a similar fate if an accident were to occur.”

Because of the danger of this process, it is vital that the construction and use of the Amulsar HLF facility is closely observed.

Additionally, this update will highlight recent news regarding the financial sponsors and supporters of the highly-criticized Amulsar Project and independent experts’ concerns over the operation’s potential hazardous impact on Armenia’s environment. Lastly, this update will analyze recent protests targeting the Amulsar Project, including a high-profile demonstration in central Yerevan. 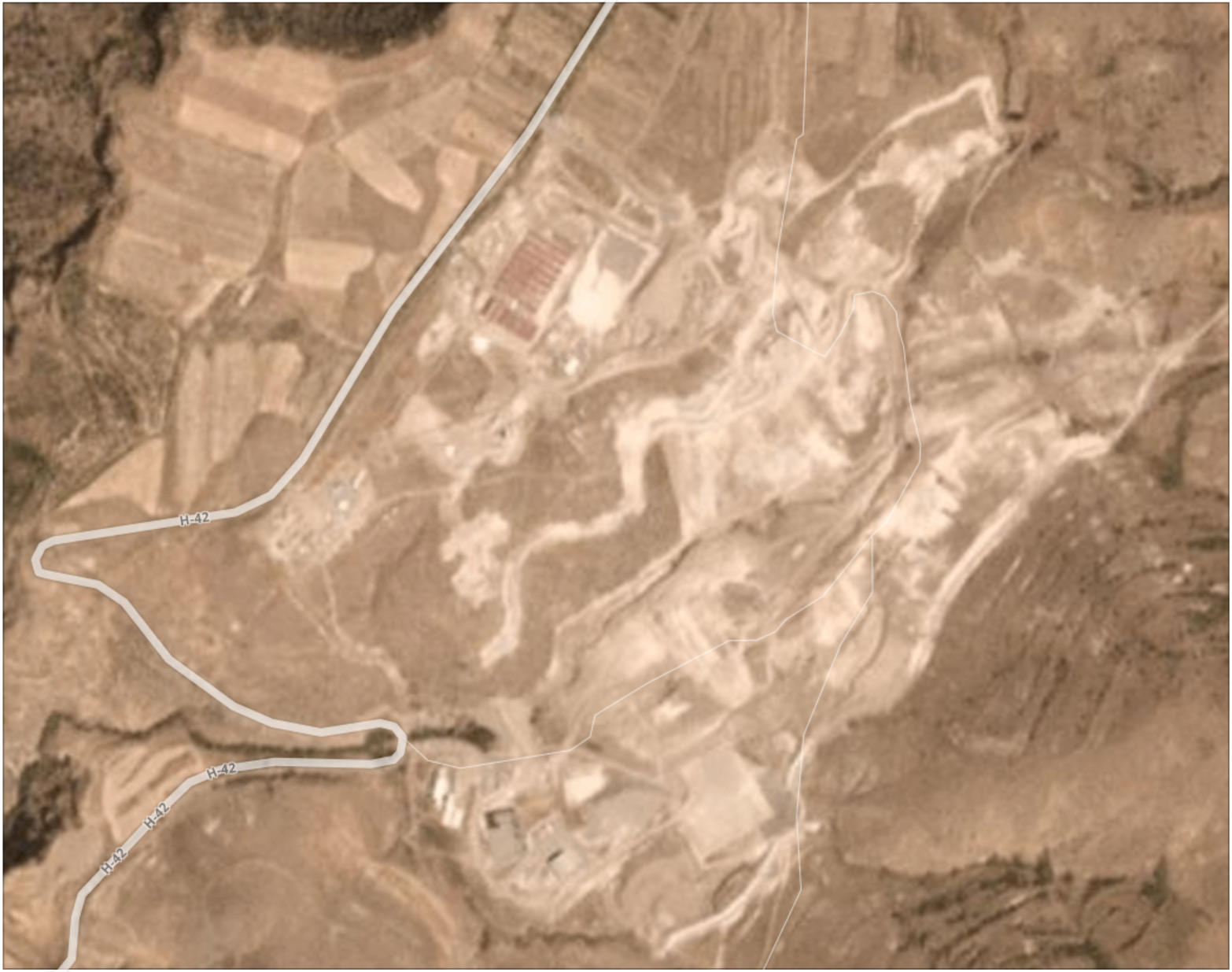 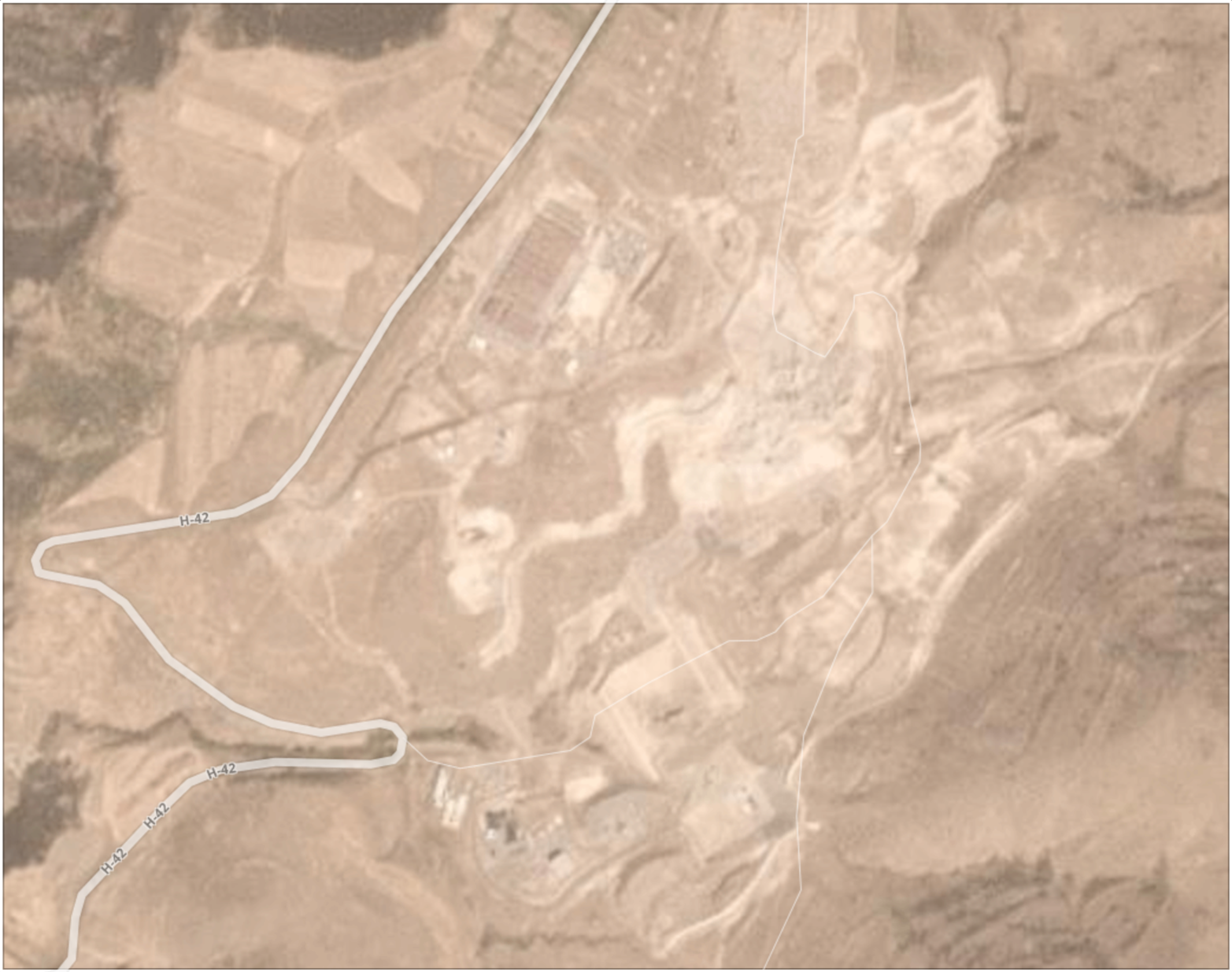 Above, in satellite images provided by Planet Labs, we can observe recent construction of the cyanide heap leaching facility (HLF) from August 1 until September 27, 2017. We can highlight the specific portions of the facility that have been changed by referencing a map published by Lydian International of the planned construction of the HLF.

Planned construction at the HLF, from Lydian documents (click to view full-size)

One of the most visible is the Northwest Diversion Channel (C-3). The March 2017 technical report on the project published by Lydian specifies that this channel, along with others set to be constructed, are meant to “divert storm and snowmelt runoff from upstream catchments away from the pad and collection ponds.” (page 256). While the report provides few additional details on the site’s runoff channels, Lydian’s water management plan for the Amulsar Project can be found on pages 274-278 in the technical report.

There has also been progress made in the construction offices in the south part of the image (PL-6A) — we can see this in both the satellite image and media released by Lydian themselves. A drone video recently shared on Lydian’s YouTube channel shows the southern portion of the HLF construction site, including the “Construction Offices” (PL-6A) that are labelled as “Office Complex” in the clip.

The construction of the HLF and other industrial facilities in the area are still in an early stage, with only makeshift buildings and warehouses erected thus far. We will continue to monitor the HLF site for future construction.

For years, Armenian environmentalists sounded the alert on potential dangers from the Amulsar Gold Project, insisting that the assessments submitted by Lydian and their safety guarantees were unreliable and largely groundless. Furthermore, the Armenian government has received widespread criticism for approving the project without carrying out its own risk assessment, instead relying on the findings from Lydian International itself and the expert groups it has contracted to conduct risk assessments. In this section, we will highlight some of the concerns voiced by Armenian environmental experts regarding the Amulsar Gold Project.

In an interview with the Armenian Environmental Front (AEF) civic initiative, US-based expert Harut Bronozyan spoke about the health and environment risks associated with the use of  cyanide heap-leaching in Amulsar, asserting that nearby water resources will become practically unusable due to potential cyanide leaks. The water, according to the expert, will no longer be drinkable nor will it be fit for irrigation:

“Since there is cyanide in the system, there is no guarantee that no cyanide or other dangerous substances will remain in it. […] Cyanide can be neutralized, since it should be in low consistency; however there are heavy metals accompanying cyanide, such as silver, chrome. And if something goes wrong, where will that water go? For example if the water quality is worse than the norm, what will they do in that case? Daily 600.000 gallons of water will be used, where will they take that water and where will it go and how? […] Sodium cyanide has bigger granules than dust. If one drinks cyanide, they’ll die since it absorbs oxygen, so they die because of lack of oxygen. Cyanide sticks to heavy metals and when it does, it is difficult to remove it.”

The Australian Blue Minerals Consultancy (BMC) carried out an evaluation of Lydian’s Amulsar project to assess the acid rock drainage (ARD) potential and its effects on surface water and groundwater. According to BMC, ARD is the biggest environmental issue facing closed and abandoned mines and mine site rehabilitation and presents an impending liability to current and future mining operations. It has potentially long-term hazardous environmental impact on downstream water quality, agriculture, fauna and flora.

“Acidic drainage with associated dissolved metal species some damaging to human health and toxic to biota (e.g. Cd, Cu, Pb, Zn, As, Hg, Se) can result from the weathering of sulfide minerals in mine waste rock and process tailings. The iron sulfide mineral pyrite (FeS2), found throughout the Amulsar deposit, is the main generator of acid drainage. (…) [Lydian] lacks the experience and expertise to adequately define the ARD risk, and to construct and operate the geochemical and engineering required to control the ARD that will result from the Amulsar mine. […] The potential impacts of improperly-controlled ARD on streams, agriculture, fish, other biota and, in some cases, human health are well known. Based on international examples, the scale of cost to the Armenian Government from post-closure control of ARD release could be in the hundreds of $M.”

For the past ten years, and up until recently,  the International Finance Corporation (IFC) was one of the main shareholders (7.9%) in Lydian, having invested over $13 million in various stages of the Amulsar project. However, in September, the IFC, whose involvement in the project has been highly criticized by local environmental NGOs and activists, announced that it has decided to cease funding Lydian’s activities. That said, the IFC did not cite any environmental concerns for its divestment from the project, instead citing how Lydian has found alternative sources for investment.

“Given that Lydian has succeeded in attracting funding for mine development from private sector sources, IFC has divested its investment in Lydian, as we seek to deploy our capital where it is needed most to foster sustainable economic development. IFC is therefore no longer overseeing mine development.”

The European Bank for Reconstruction and Development (EBRD) is another major stakeholder in Lydian; the Bank has been providing Lydian with large loans “for financing of the Environmental and Social Mitigation Measures (ESMM), (including financing a biodiversity off set programme and the construction of water treatment facility) and related activities.” A number of documents that EBRD required Lydian to prepare for investment are freely available, including an Environmental and Social Action Plan (ESAP).

In late 2016, the Armenian Ameriabank announced that it had entered into a $24 million loan agreement with Lydian Armenia. The funds were to be used for mining equipment purchases and the construction of the heap-leaching facility. Incidentally, the EBRD, one of the main investors for the Amulsar project, is a 20% stakeholder in Ameriabank.

In an investigation published in February 2017, the Armenian Environmental Front highlighted the ties of a number of Armenian charity organizations and philanthropist-businessmen with the Amulsar project, among them one of the founders of Sberbank CIB Ruben Vardanyan, Lydian shareholder and Amber Capital managing partner Joseph Oughourlian, Ameriabank board member Noubar Afeyan, Lydian shareholder Vahan Kololian, and the Ambassador of Armenia in the UK, Armen Sarkissian.

The Amulsar Gold Project has spurred a number of protest actions and demonstrations over the years. The most recent one took place on September 20, when a group of environmental activists and concerned citizens took to the streets of central Yerevan to protest against the Amulsar project. The demonstrators rolled a giant golden ball through the streets, which symbolized the gold that Lydian plans to extract from the mine. The final destination of the ball was the Government Building, where it was “detained” by police.

Another notable protest action was held in March by Yerevan-based activist Anna Shahnazaryan, who interrupted an event organized by the EBRD for female entrepreneurs to talk about the consequences of the Amulsar project for the women of Jermuk in particular:

“[…] The organizations that have initiated this event also finance one of the most dangerous mining projects in Armenia – the Amulsar Gold Project – which negatively affects women in particular. After the opening of the mine, there will be a 70 percent influx of men [to Jermuk], which will in turn lead to changes in the population structure. Women will lose their jobs, and Jermuk will turn into a mining camp. Women will be driven into poverty and will be forced to make a living by prostitution.”

She then proceeded to hand out condoms to the sponsors of the project, in response Lydian’s intention to distribute condoms among the miners in Jermuk to reduce the population’s risk of getting sexually transmitted diseases.

Ameriabank’s decision to get involved in the project did not go unprotested. In December 2016, after the bank announced that it had given Lydian a loan for the purchase of mining equipment, a group of activist held a demonstration outside the Ameriabank headquarters in Yerevan, urging passers-by to join their boycott and close their accounts in the bank.

In the meantime, the construction of the HLF and other industrial facilities in the area are still in an early stage, with only makeshift buildings and warehouses erected thus far. Bellingcat will continue to monitor the progress of the Amulsar Gold Mine, including its construction, the financial situation surrounding Lydian International, and the civic and activist response against the controversial project.