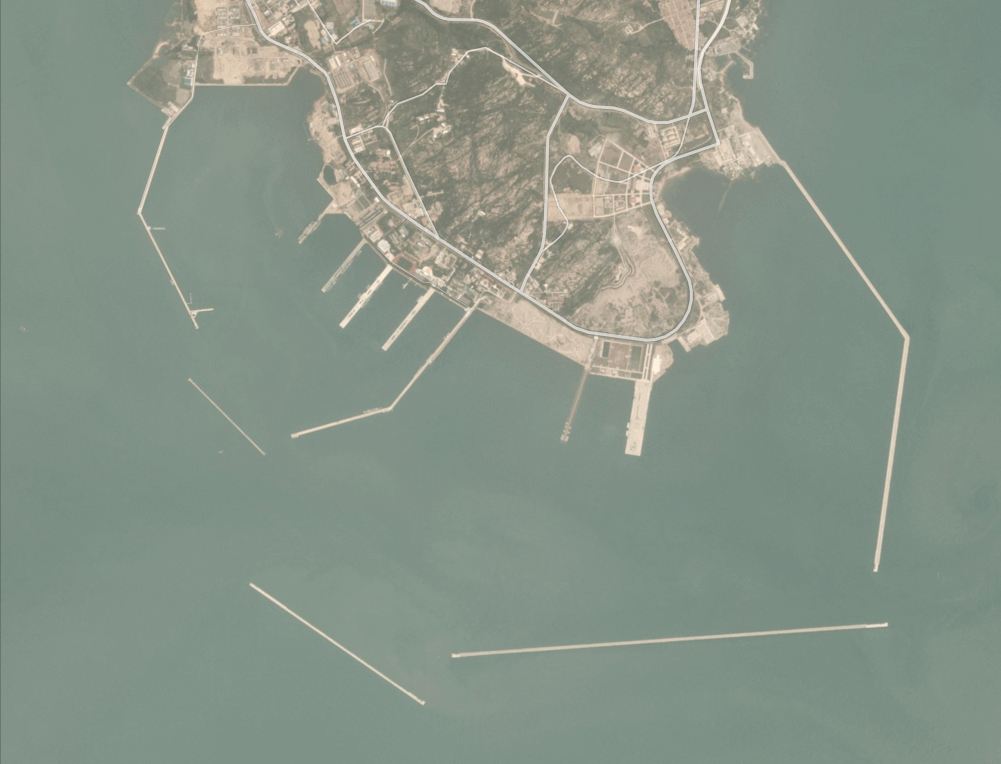 Imagery of Qingdao acquired on 26JUN2017 by Planet.

China’s aircraft carrier, the Liaoning, has departed its home port of Qingdao, recent imagery acquired by Planet confirms. China’s Ministry of Defense said the carrier would conduct routine training while also making a two day port call in Hong Kong.  This year marks the former city state’s 20th anniversary under Chinese rule since being handed back over from Great Britain.

According to imagery and news reporting, the aircraft carrier sets out with its co-located flotilla, which includes the destroyers, Jinan (152) and Yinchuan (175), the frigate Yantai (538), as well as several other vessels. Equipped with a detachment of J-15 fighters, the carrier’s visit to the former British colony also coincides with President Xi Jinping’s first trip to the special administrative region since taking office in 2013.

The visit is expected to put China’s military achievements on display in an attempt to strengthen patriotism tied to the mainland. However, that may be difficult with younger generations—particularly since most of Hong Kong’s recent pro-democracy movement has been youth-driven. Of Hong Kong residents aged 18 to 29 years old, recent polls suggest that only 3.1 per cent identified as Chinese, compared to 3.4 percent six months ago. That’s the lowest rating since Hong Kong University began the polls in 1997.

China’s Liaoning, and its future carrier which launched in April at Dalian, represents a significant step forward as Beijing develops capabilities for a blue-water navy. Previously, China’s sole operational carrier deployed for training in December 2016 in the Bohai and Yellow Seas, before making an appearance in the South China Sea at a new pier at Hainan Island.

“In the long run, China needs to develop its own aircraft carrier battle teams, with at least six aircraft carriers, maritime forces led by guided missile destroyers, as well as attack submarines,” Xu Guangyu, a senior advisor to the China Arms Control and Disarmament Association wrote in the PLA Daily in April. “China will build about ten more bases for the [carriers, and]…could have bases in every continent,” he went on to write.