China Ramps Up Rotations at Hotan 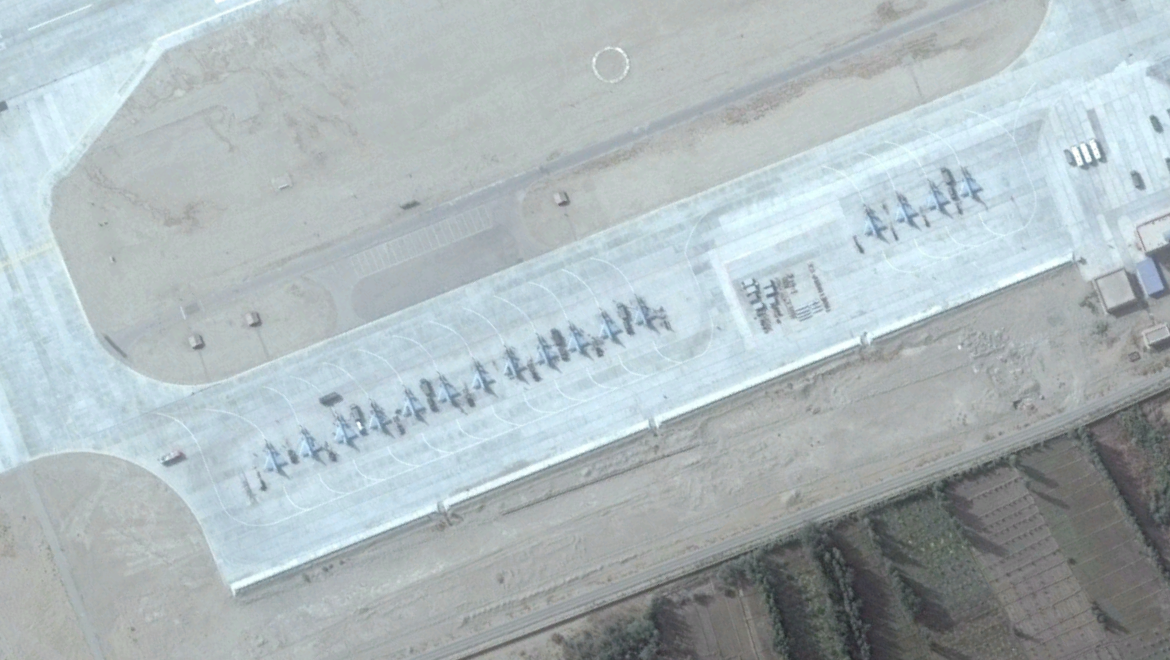 While India and Bangladesh settled their land border issues, China and India still maintain their competing claims. Recent satellite imagery may suggest that our state actors are playing an increasingly aggressive game.

Located less than 80 miles from the Aksai Chin disputed border area, the Hotan civil-military airport has seen larger deployments in the past two years. Aksai Chin, the focus of India and China’s 1962 war, remains a soft spot for the South Asian giant as China maintains de facto control over the territory.

Subsequent space photography suggests the J-10 remained at the airfield at least until February 2015 after which the airfield’s concrete surfaces were repaired and a new link taxiway was added. An expanded terminal was also under construction on the civilian side while a new fence secured area complete with two aircraft shelters was added to the southeast.

Last year appears to mark a point of departure for China as its deployments near the disputed border have continued to grow. In August 2015, a larger flight of 18 x Q-5 Fantans returned to the airbase. They were observed not far from two UAV primary satellite links. An unknown UAV has been noted in previous imagery.

By October, imagery captured a flight of Shenyang J-11 multirole fighters, the Chinese variant of the Russian Su-27SK Flanker. Up to 10 of the highly-manoeuvrable aircraft arrived at the airbase replacing the deployment of Fantans. It’s currently unknown if these are the upgraded J-11B.

The PLAAF’s intent for increasing the deployments at the airfield is not entirely clear. However, it is perhaps notable that the expanded rotations began after the sixth China-India Strategic Dialogue which took place in Beijing during April 2014. At the time, press releases were full of the usual pleasantries about promoting communication and enhancing trust, though it’s likely little movement was made on the border dispute.

In the meantime, India continues to make progress on the airfield over at Tezpur in Assam, a location 12 miles from the disputed territory of Arunachal Pradesh. The IAF plans to put a squadron of its Russian-built SU-30MKI Flanker-H multirole fighters at the airbase—if it hasn’t already. In anticipation, India erected 24 aircraft shelters on the parking apron between 2012 and 2013. However, only nine Flanker have been observed to date. [1] The Flankers at the airfield belong to 11 Wing’s 2 Squadron. As of 2015, hangars and other support structures were still under construction.

Before the SU-30s deployed, Tezpur hosted the MIG-21 Fishbed [reportedly the MIG-21BIS and MIG-21M variants] piloted by the 30th MIG Operational Flying Training Unit. The single engine, single seater multirole fighter previously formed the backbone of the Indian air arm. In 2009, it was reported that the MOFTU had disbanded. Several Fishbed however, can still be observed field parked at the airfield near the northeastern end of the runway. Many appear to be cannibalized for parts. With more than 50 years of service, India will reportedly decommission all MIG-21s by 2019.

In addition to Tezpur, Assam’s Chhabua airbase, situated fewer than 150 miles East, also features India’s new frontline fighters. Imagery has shown up to nine Flankers parked at the airfield. The SU-30s belong to 14 Wing’s 102 Squadron. Beyond aircraft shelters and two additional support buildings, Chhabua has not seen the same level of renovation for its aircraft. But like Tezpur, the airbase previously supported pilot training with MIG-21 fighters. The MIGs, last observed field-parked in 2011, have subsequently been removed. Chhabua is located less than 25 and 115 miles from Arunachal Pradesh and Tibet, respectively.