With any war crime in Syria receiving significant media coverage, there has been a concerted effort by pro-Kremlin and pro-Assad individuals and media outlets to spread claims attacking the Syrian Civil Defense (White Helmets), a major source of information and footage on war crimes in the conflict. These attacks generally fall into two categories: claiming that the White Helmets are Al-Qaeda or ISIS (or even sometimes both), and claiming that the White Helmets fake images of war crimes for gullible Western audiences and media outlets. 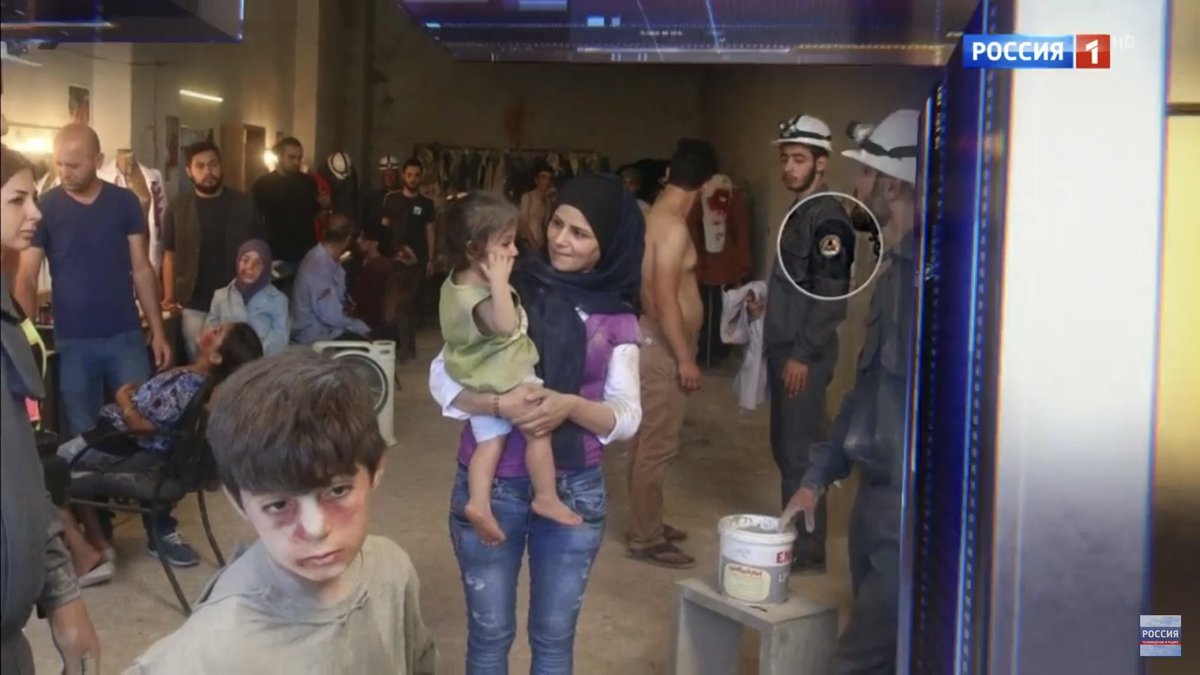 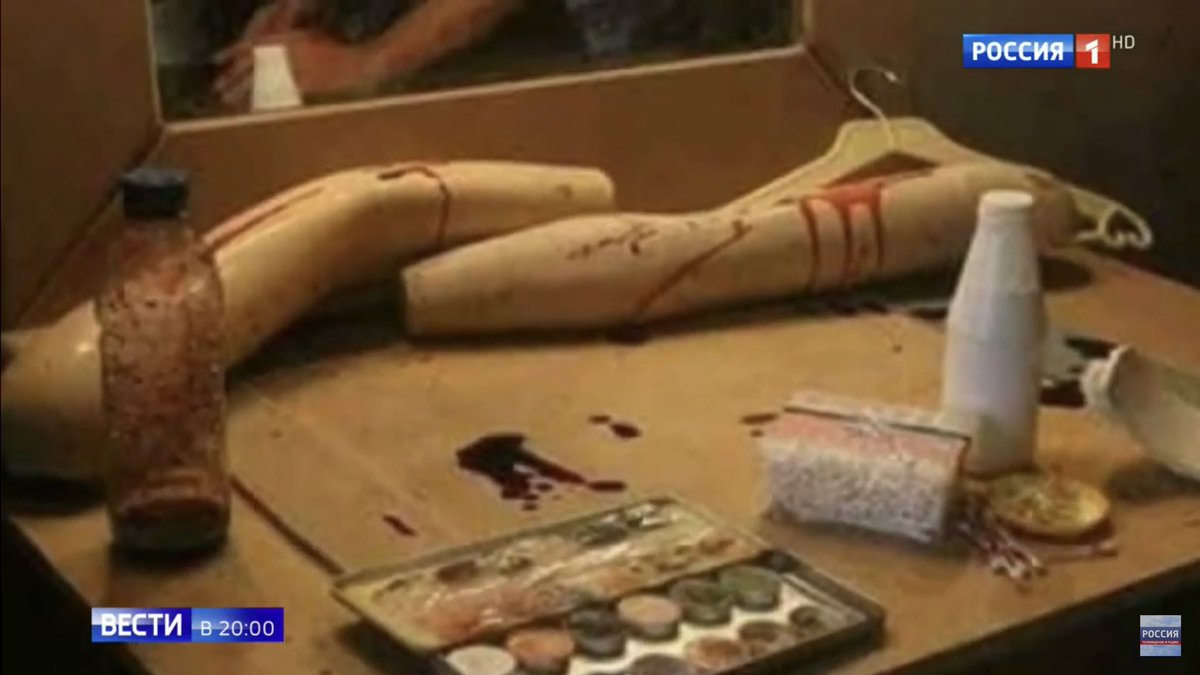 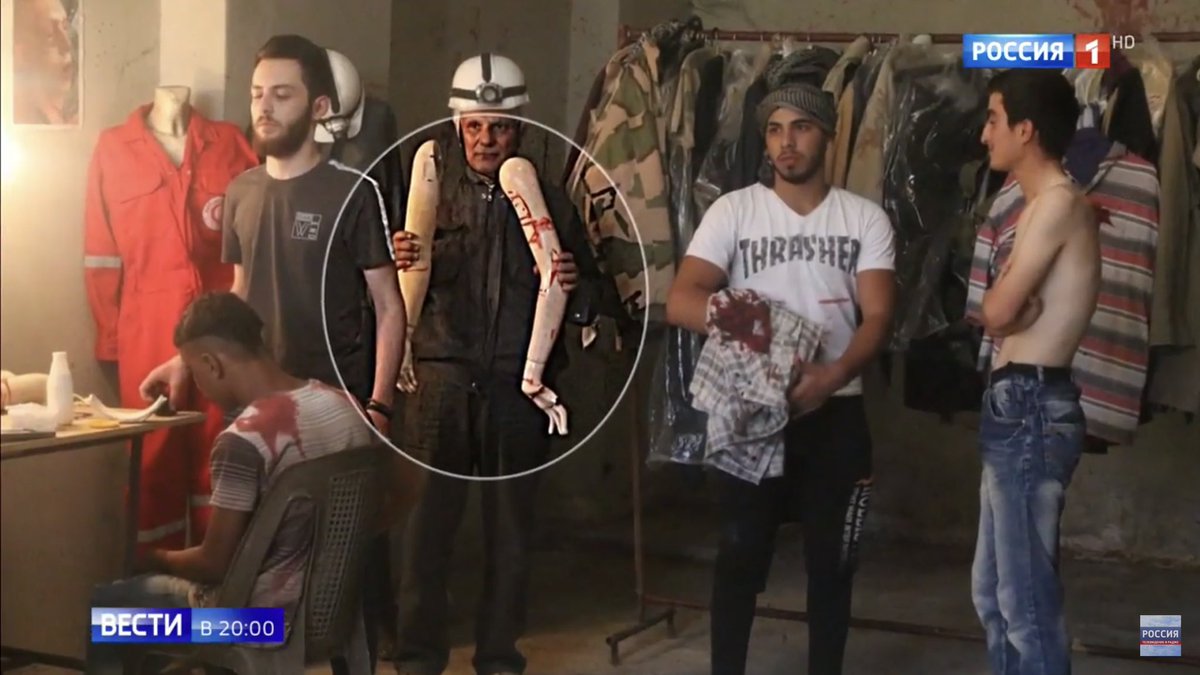 Actually, these images are taken from the Facebook page of the film Revolution Man, with the following synopsis published in Syrian state media:

“The film revolves around a journalist who enters Syria illegally in order to take pictures and videos of the war in Syria in search of fame and international prizes, and after failing to reach his goal, he resorts to helping the terrorists to fabricate an incident using chemical materials, with the aim of turning his photos into a global event.”

In promotional material for a recent screening, the creative director, Najdat Anzour, talks about the film:

“The timing of the screening was important as it coincides with the great preparations made by the West in order to put pressure on Syria after the terrorist groups had collapsed by the Syrian Arab Army. The film also deals with the facts on the ground that we tried to collect from many documents to be presented through an influential feature film in English.”

Images from the Facebook page clearly match those presented by Vesti: 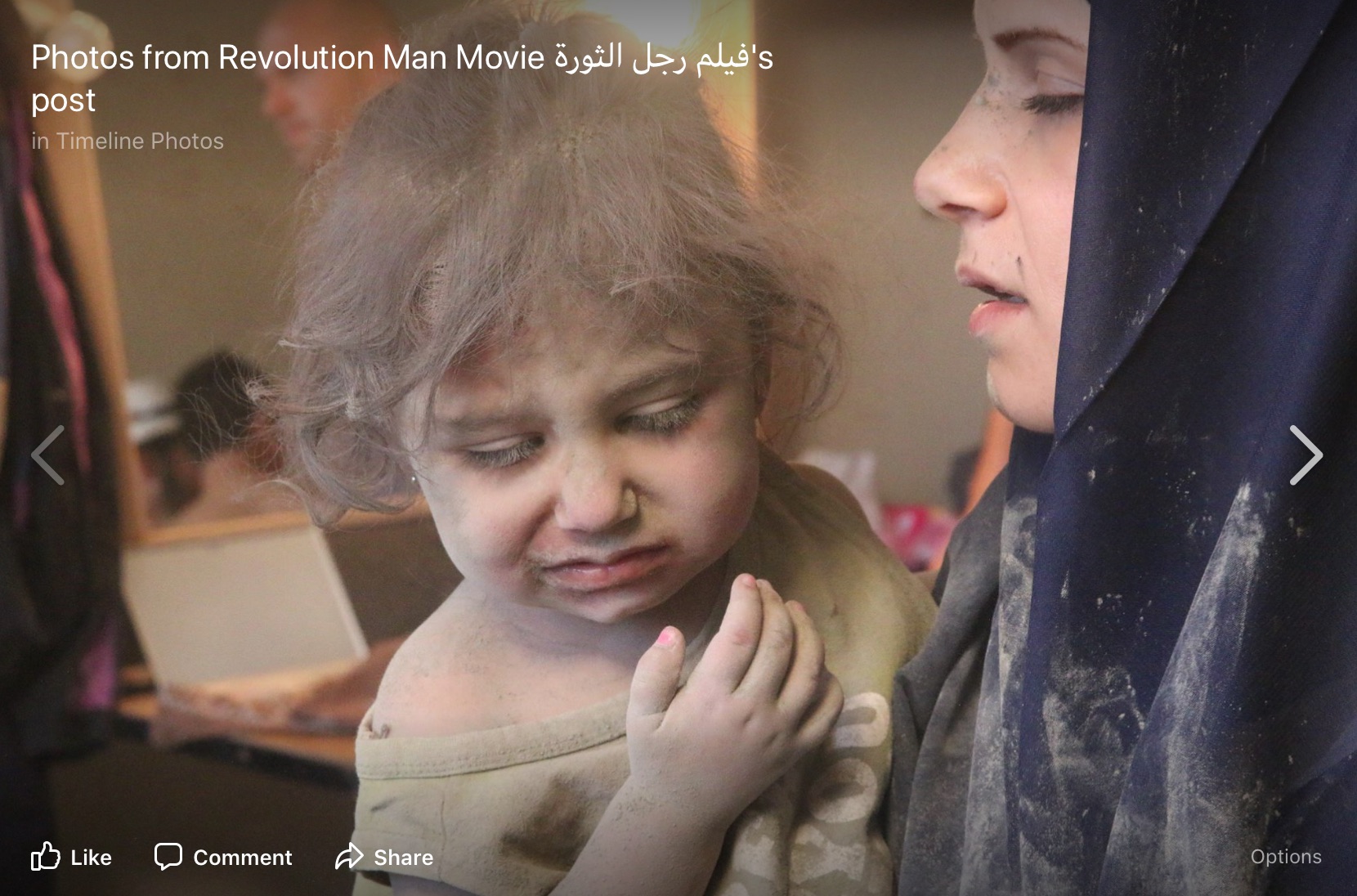 The descriptions for the images on the Facebook page are somewhat confusing, and at first reading seem to indicate that the photographs are from an actual White Helmets dressing room:

However, the woman holding the clapperboard, with the name of the Revolution Man’s creative director, Najdat Anzour, written on it, is tagged as Farah Arabi Kattbi. She lists her job as assistant director, and her profile includes photographs of her at screenings of Revolution Man: 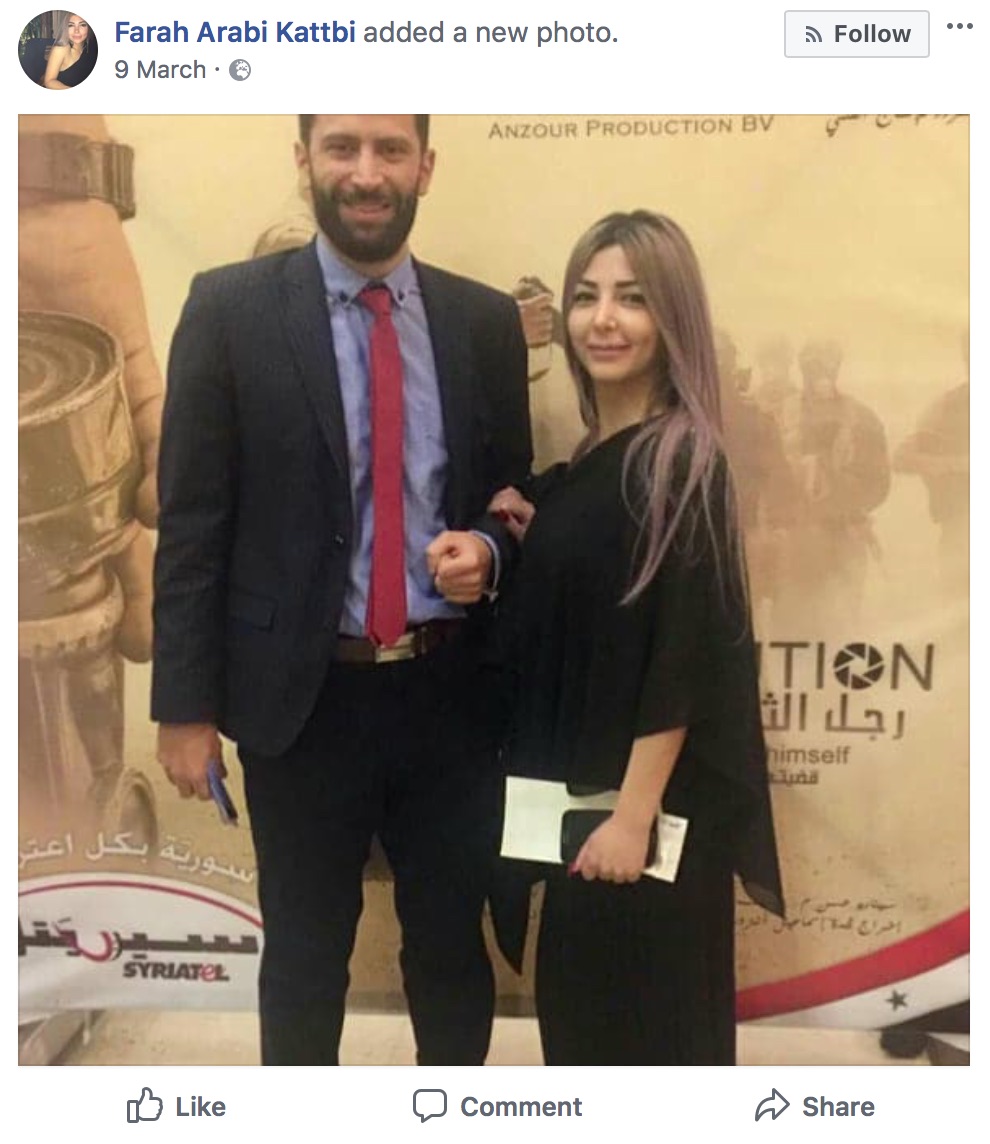 This clearly indicates that the photographs are from the set of Revolution Man; however, the coverage from Russian state media’s Vesti does not present the facts as such. The Vesti report claims that the images are not from an actual film set, but instead a fake photograph created by the White Helmets to mimic a Syrian government film set. Vesti points to  a missing date and film name from the clapperboard being evidence of this claim. This fake movie set was (according to the report) apparently in an attempt cover up the fact the White Helmets are creating fakes with dressing rooms and feature film production values. As evidence, they compare the clapperboard in the photograph to one from the production of a film: If you are confused by the point of this Vesti segment, you are not alone, as it does not follow any consistent line of logic, as pointed out by the Russian publication The Insider.

The report does not note that one of the production team for Revolution Man is holding the clapperboard, even though it would be easily discoverable by anyone looking at the original images, suggesting either extreme incompetence by the Vesti production team, or a purposeful attempt to deceive the audience.

This report is yet another obvious example of images being misrepresented to attack the White Helmets by the Russian media and the supporters of the Syrian and Russian governments, and one that can be easily debunked with even rudimentary research. Despite the ease of debunking this claim, it is almost certain that these images will continue to be used by those who wish to attack the White Helmets for months, if not years, to come.