On the morning of November 14th 2017 the Russian Ministry of Defence published multiple posts in Russian, Arabic, and English on their Twitter and Facebook accounts, claiming to show “irrefutable evidence” of collusion between the US and ISIS combat units: 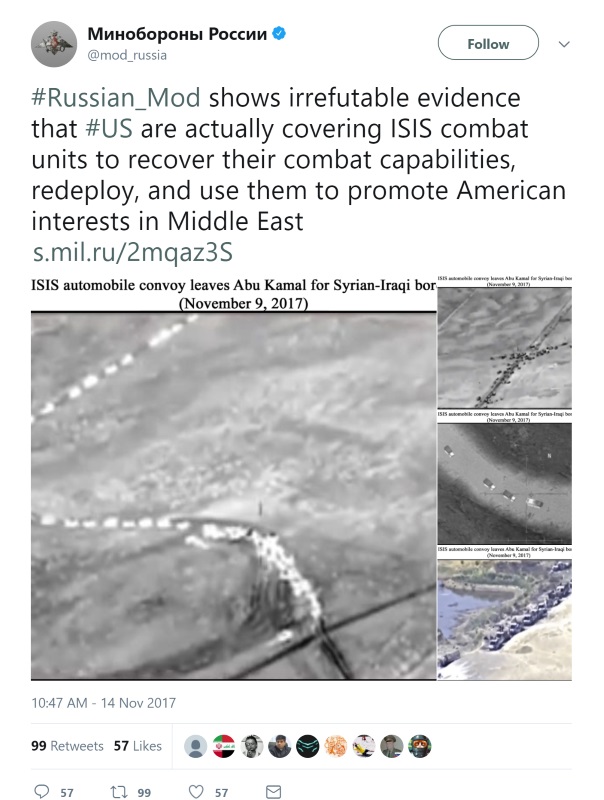 Unfortunately for the Russian MoD, eagle-eyed Twitter users immediately spotted some problems with the images. One image claimed to show an ISIS convoy leaving Abu Kamel on November 9th, 2017: 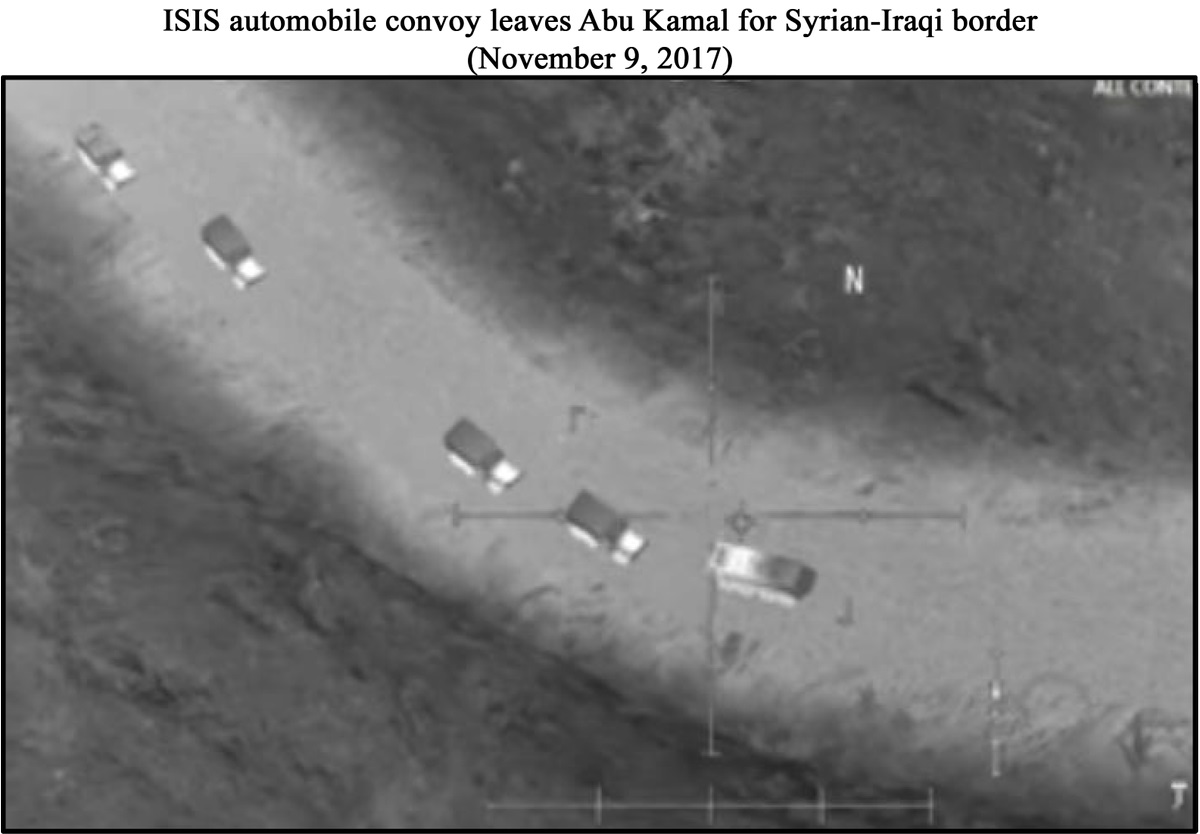 A side by side comparison of the Russian MoD image and the mobile phone game screenshot shows they are identical, with even part of the text from the promo video reading “DEVELOPMENT FOOTAGE. THIS IS A WORK IN PROGRESS. ALL CONTENT SUBJECT TO CHANGE.” visible in the cropped image used by the Russian MoD as their “irrefutable evidence”:

The other images are also not from the dates and locations claimed by the Russian MoD, but from videos filmed in Iraq in 2016. The Conflict Intelligence Team highlighted one of these videos, showing the Iraqi Air Force bombing ISIS in 2016:

Another alleged @mod_russia drone image accusing US of cooperating with IS was taken from a June 2016 Iraqi MoD video showing Iraqi Air Force bombing IS near Fallujah https://t.co/ybRbuAxA6w
(via @uckuduk1) pic.twitter.com/MtzjqAAStW

Other Twitter users identified footage from Iraq 2016 reused by the Russian MoD as part of their “irrefutable evidence”:

The other footage is from this old video of Iraqi airforce destroying an ISIS convoy in 2016 https://t.co/4kIeGR5VWu pic.twitter.com/jnpWmHveVA