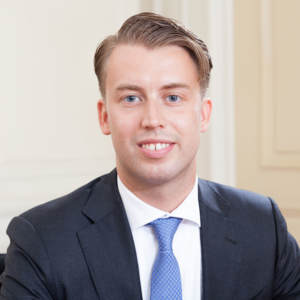 Reinier is a junior analyst at The Hague Centre for Strategic Studies. While holding a dual degree in International Relations and Crisis & Security Management, he has conducted research on Dutch jihadist foreign fighters in Syria and Iraq, combining quantitative and qualitative research methods.

In mid 2012, the European intelligence and security community was confronted with a sudden outflow of citizens traveling to Syria, and later to Iraq. Quickly after its violent escalation in 2011, the Syrian uprising seemed to attract large numbers of religiously motivated combatants from all over the world. The Netherlands was no exception as the flow of foreign fighters travelling to Syria and Iraq had grown from a few dozen in late 2012 and early 2013 to nearly 300 in 2017.

Although the academic interest for the phenomenon has increased over the course of the past years, the amount of systematic analysis of who these men and women are seems to linger – with few, yet valuable, exceptions.[i] As a way of gaining further insight in this group, the author has set up a database, in which Dutch jihadists travelling to Syria and Iraq are systematically assessed.[ii] As of May 2017, this database consists of 206 individuals – accounting for 73.6% of the total number of Dutch jihadist foreign fighters who have traveled to Syria and Iraq since the violent escalation of the Syrian conflict (i.e., 280[iii]).

Moreover, women are considerably overrepresented within this group. Although female jihadists make up 26.3% of all Dutch jihadist foreign fighters in the database, the share of women among converts is 60.7%. As in the Belgian case, it is assumed that there are more women converted to Islam[x], yet there is no data available that supports this assumption. Prior to the proclamation of the Caliphate, four out of ten converted fighters that travelled to Syria and Iraq were female. Their share increased significantly since June 2016, as data revealed that eleven out of twelve converts were female. As for the remaining six fighters, there is no data available regarding the moment of their departure.

In terms of cultural background, the contingent of Dutch converts fighting in Syria and Iraq is much less diverse than the Belgian contingent.[xi] Fifteen are fully Dutch, while another four have roots in former Dutch colonies in the West Indies, including Surinam (2) and the Dutch Antilles (2). Other cultural backgrounds include Colombia (1), the Dominican Republic (1), the United States (1), Italy (1), and Portugal (1). In the remaining four instances, there is no reliable data available.

Moreover, the majority of converts that have departed to Syria and Iraq originate from (sub-)urban areas, such as The Hague (at least 3), Delft (at least 3), Zoetermeer (at least 3), Gouda (at least 3), and Rotterdam (at least 2). Since The Hague, Delft, and Zoetermeer all have relatively high concentrations of foreign fighters, this hardly comes as a surprise.

Although the relatively small sample size is bound by limitations, the database appears to back the notion that Dutch converts are relatively overrepresented among jihadist foreign fighters in Syria and Iraq. Moreover, although contemporary jihadism is – still – mostly a male phenomenon, many converted fighters are female. Yet, without reliable data on the man to woman-ratio, it is difficult to assess whether converted women are more attracted to jihad than their male counterparts. Nevertheless, the proclamation of the Caliphate provided them, as well as other female jihadists, the opportunity to play an active role in the international jihadist movement. Further empirical research, both quantitative and qualitative, is imperative in increasing our understanding of the relation between conversion, radicalism and (violent) extremism.

[i] Including the work of Pieter Van Ostaeyen and Guy Van Vlierden (Belgium), Daniel Heinke and Jan Raudszus (Germany), the International Centre for the Study of Radicalisation and Political Violence (United Kingdom, ICSR).

[xi] See: Van Ostaeyen, Pieter, and Guy Van Vlierden. “Belgian fighters in Syria and Iraq – a closer look at the converts”. https://emmejihad.wordpress.com/2017/05/11/belgian-fighters-in-syria-iraq-a-closer-look-at-the-converts/. Accessed on May 15, 2017.