The last few months has seen the phenomenon of small, weaponised drones being used on a large scale by IS, especially around Mosul. It now appears that the Iraqi Federal Police (IFP) are fielding their own weaponised drones in the fight against Islamic State (IS), as well as their own modified ammunition.

On the 23rd February 2017 Sara Hussein of Agence France-Presse saw an IS drone which was reportedly shot down by Iraqi forces outside Al-Buseif. 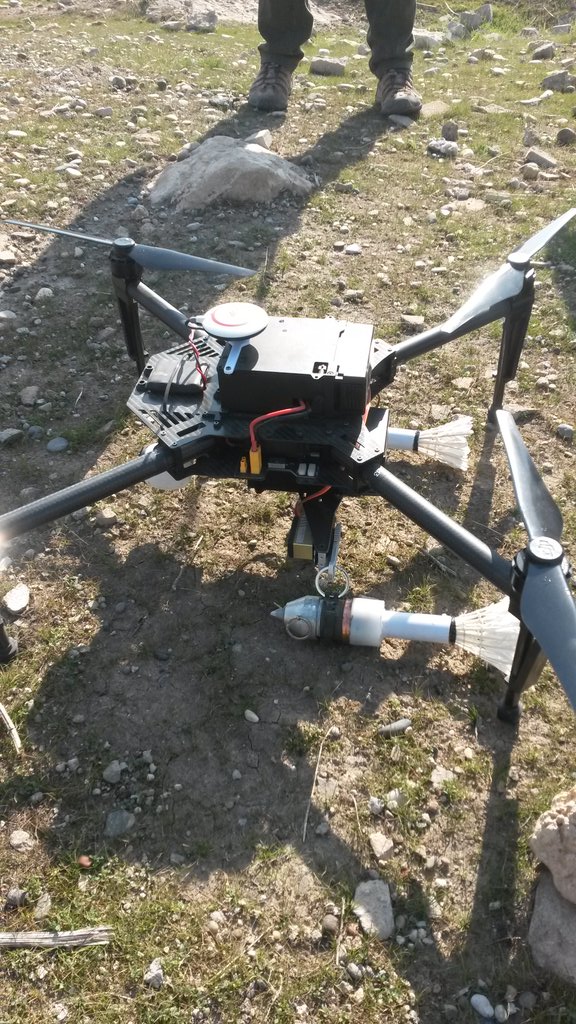 It was unusual for several reasons, not least because it appeared to be carrying two bombs of a type that hadn’t been seen before.

Enlarged image showing bomb. Note how there is still a ring-pull in the fuze of the bomb, indicated by the yellow arrow

At the time it was noted that there were still ring-pulls on the bombs. This is odd, as ring-pulls are safety measures which prevent the munition exploding prematurely. Once the ring-pull is removed the munition becomes armed and can be set off by the fuze on, for example, impact. With the ring-pulls still on, the bombs would not have been able to detonate, which negates the point of putting them on a drone in the first place. If IS were trying to use this drone to attack Iraqi forces, they would not have had much success.

On 1st March 2017 reports appeared that the IFP were using weaponised drones against IS in Mosul. The drone used appears to be the same kind seen by Sara Hussein, a DJI Matrice 100. 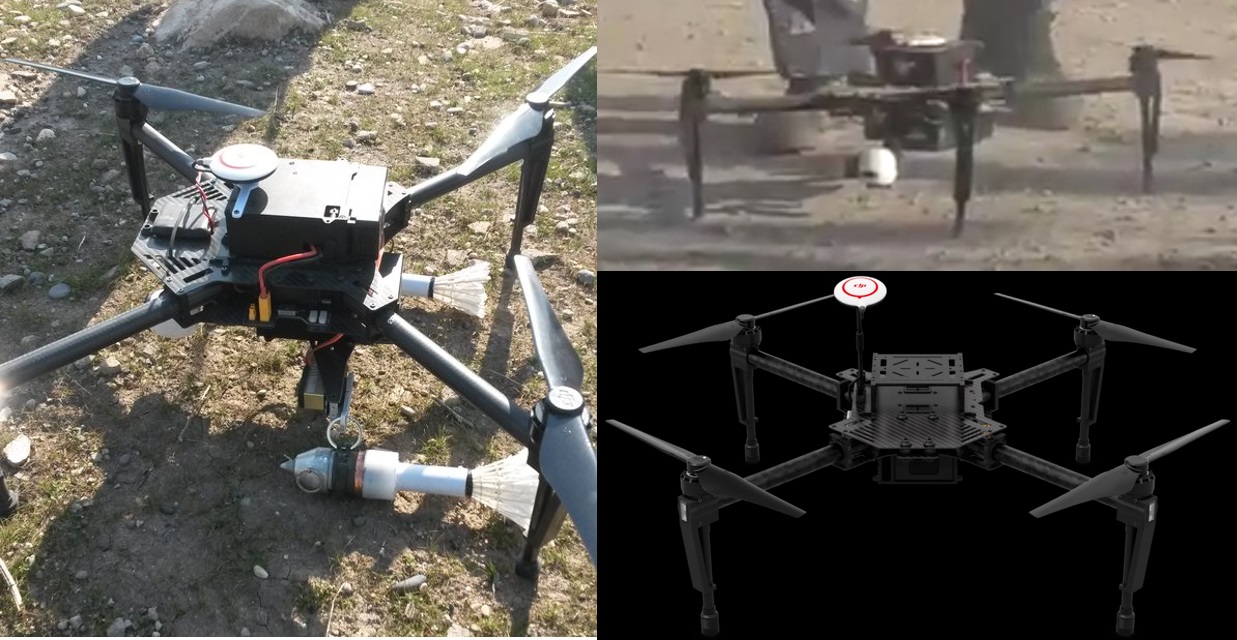 Clockwise from left: drone seen by Sara Hussein, drone used by IFP and a DJI Matrice 100

On 2nd March 2017 a video emerged, allegedly showing three strikes by the IFP against IS in Western Mosul. Although it is low quality, it is still  possible to make out the shape of the bombs that were dropped

The final bomb in above video is the most clear, and we can see several distinct features. 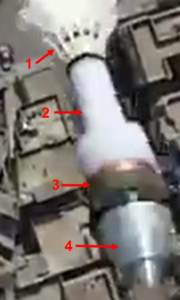 This munition is identical to ones carried on the drone documented by Sara Hussein. This is distinct from the kinds of bombs used by IS, who do not appear to modify the fuzes of the 40mm grenades they incorporate into their bombs. (an album of publicised IS drone strikes and their munitions can be seen here for comparison. An analysis of IS drone bombs can be seen here). One of the reasons that small drones have proliferated across the battlespace is that they are easy to obtain and use. Although IS were not the first group to weaponise drones, they have been the most prolific users of them, releasing hundreds of images and videos showing drone strikes over the last two months. However, since the drone seen by Sara Hussein uses the same distinctive kind of bomb and drone as those employed by the IFP, it was almost certainly an IFP, rather than an IS drone. It is clear from this, and the media emerging from Iraq, that the use of armed drones is spreading beyond IS. It is also clear that the Iraqi Federal Police are now using the very same tactics that IS has previously used against them. 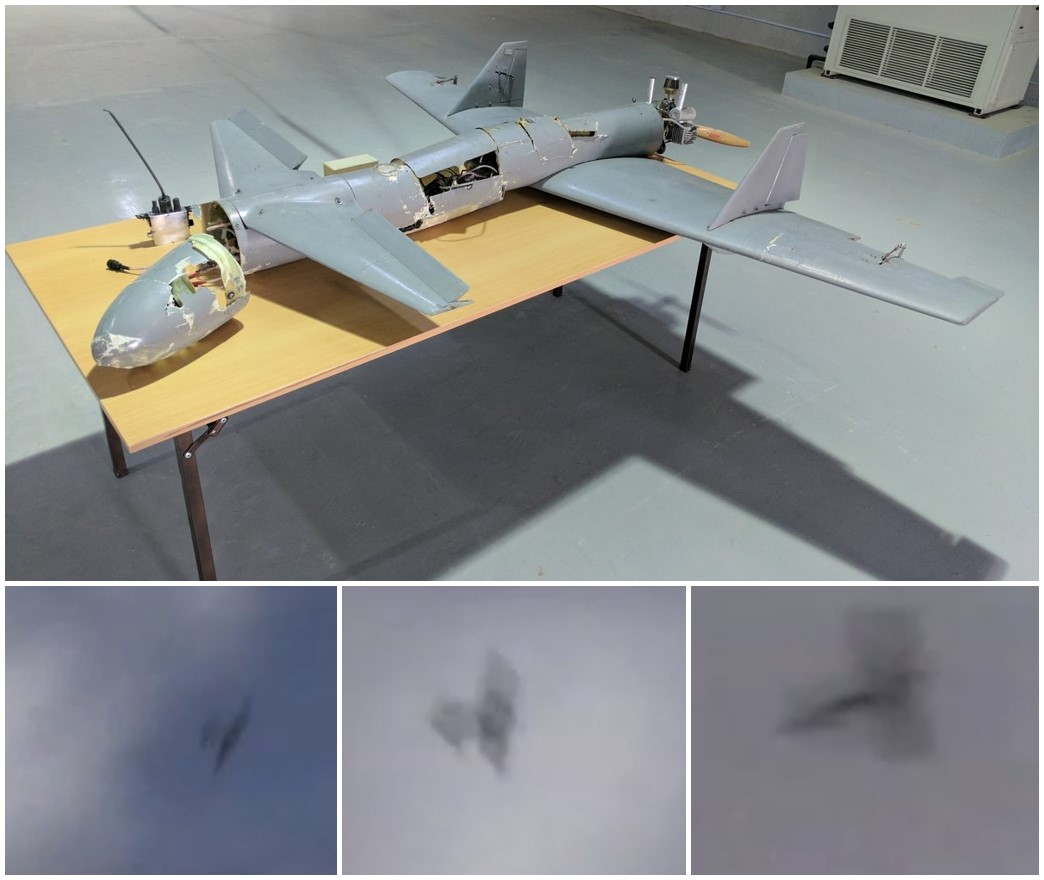