Russia Today later restored the footage after widespread coverage of this editing. Following this coverage, there was a lull in incendiary attacks in Syria, but following the breaking of the siege of eastern Aleppo city by rebels groups, fresh incendiary attacks were reported in Idlib.

Russian airplanes are bombing the city of Idlib by phosphorus . pic.twitter.com/6dPI9obeoQ

It should be noted that despite claims of phosphorus use, ZAB munitions are not phosphorus based, but use other incendiary agents. In the photographs shared by the White Helmets – Idlib account several showed the remains of the munitions used, such as the melted remains of an incendiary submunition, a not uncommon sight in the aftermath of RBK-500 based munition incendiary attacks:

More notable was the remains of the outer casing of the bomb used in the attack (source): 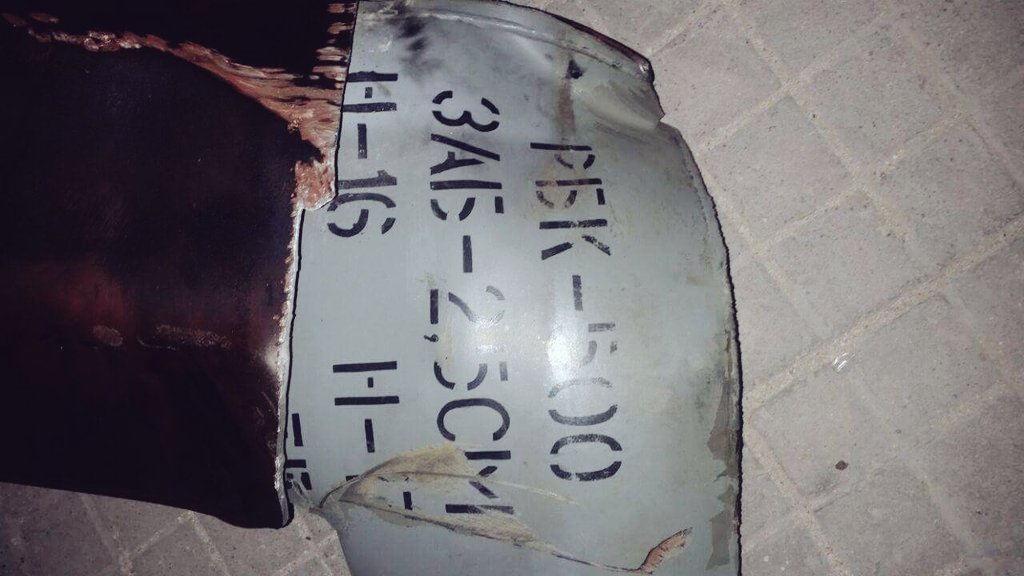 Here we can clearly see the markings on the casing, which in the Latin alphabet reads RBK-500 ZAB-2.5SM. These markings are identical to those on the incendiary cluster bombs edited out of the Russia Today footage of Russian jets in Syria (seen below on the right):

It is notable that despite the Syrian air forces widespread use of incendiary munitions since 2012, no evidence exists of the RBK-500 ZAB-2.5SM incendiary bomb being used prior to Russia’s bombing campaign in Syria. In addition, unlike the Syrian government, Russia has signed up to the Convention on Conventional Weapons (CCW) protocol prohibiting the use of air-dropped incendiary weapons in areas containing concentrations of civilians. It seems increasingly difficult for Russian to deny the use of incendiary munitions by their air force in Syria, and that raises the questions to whether these munitions are being used in areas containing civilians as the White Helmets and others on the ground have claimed, violating the CCW protocol Russia has signed up to.