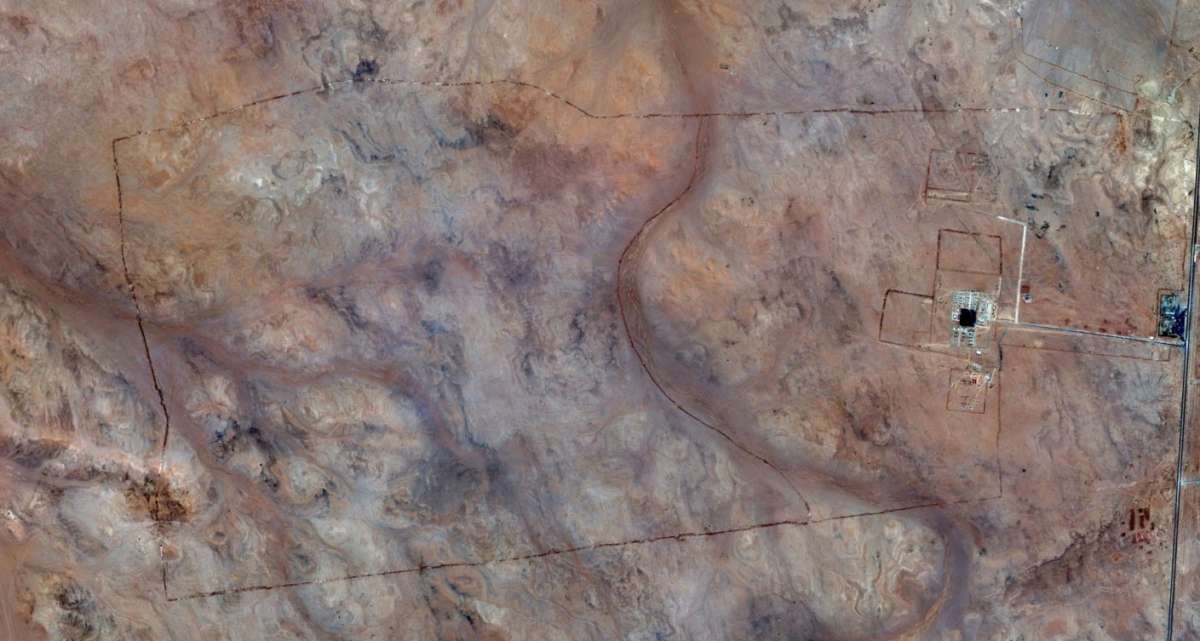 The latest space snapshots of the Kingdom of Saudi Arabia’s northern border region show additional construction activity to support the presence of its troops.

With the current conflict in Iraq and Syria, Saudi Arabia has had no choice but to rush equipment and supplies to defend the border area.

Imagery from January and June 2015 of Judayyidat Arar shows ongoing construction activity within a newly bermed area just outside the city. (The imagery from June is unavailable for publication at this time). Like with Turaif, subsequent imagery has shown Saudi armor deployed to the region.

Last year in July, Saudi-owned Al Arabiya had reported that approximately 30,000 Saudi troops were dispatched to the Iraqi border. At the time, King Abdullah ordered “all necessary measures to secure the kingdom from terrorist groups or others who might disturb the security of the homeland”.

The move was announced as Iraqi troops were reported to be abandoning their posts in Karbala.

Arar, located less than 40 miles south of the Iraqi border, is an important defensive position in support of the order. It’s the capital of the Northern Border province and has a population of over 320,000. With border attacks reported earlier this year, the Kingdom doesn’t appear to be taking any chances. 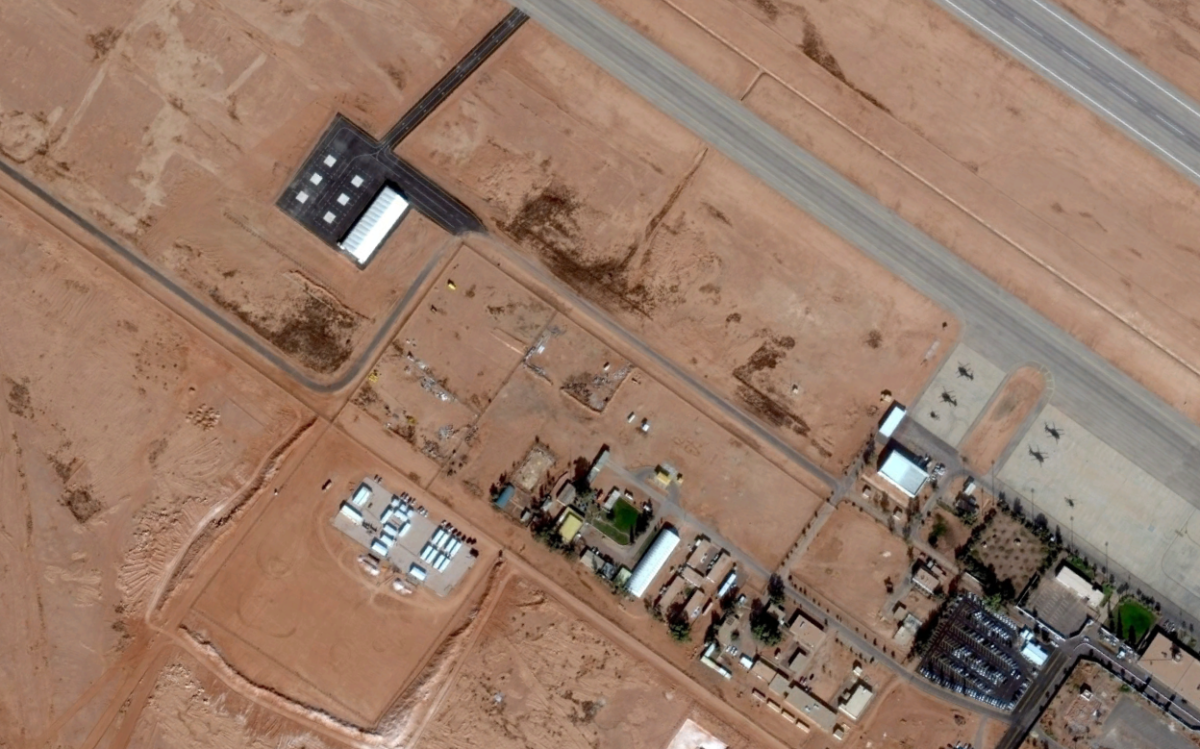 Imagery acquired by DigitalGlobe of the civil-military Arar Airport from 01JAN15.

In March, Saudi forces launched a military exercise nearby focused on urban conflict. It sent a strong signal about the additional security measures being taken in the region. News reporting and handhelds suggest the exercise involved conventional and special forces troops supported by helicopters and armored vehicles.

Although few details were released to the public, it’s likely the exercise involved the same troops that have taken position outside the city. It wouldn’t be surprising as recent infrastructure additions suggest troops will be deployed in the near-to-medium term. Imagery from June shows three different staging areas (or parade grounds) along with what appears to be five new drive-through sheds, probably for vehicle storage. Other support buildings were also erected.

The nearby civilian-military airport, featuring a new helicopter apron since 2014, showed little change. The temporary support shelter that can be seen in January, was being replaced by permanent shelters in June. Six helos including 2 x Apache, 2 x Black Hawk and 2 x probable Combat Scouts were parked nearby in the earlier imagery. They could still observed at the airport in June.