How the Islamic State’s Massive PR Campaign Secured its Rise 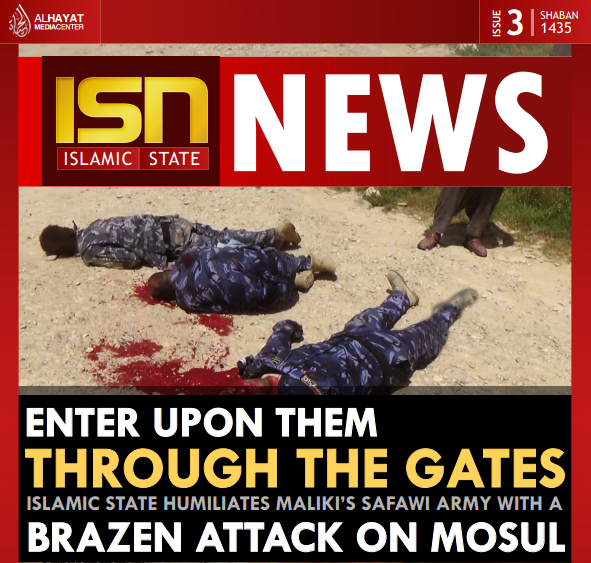 Like most militant groups, the Islamic State of Iraq and al-Sham (ISIS) suffers from a public relations crisis. The group is intensely unpopular in the United States, and remains the subject of frequent criticism, derision, and airstrikes by nations across the globe. Yet despite an overwhelming international recognition of ISIS’s terroristic tendencies, the group’s foreign recruitment has reached an “unprecedented scale,” according to the United Nations — over 15,000 new foreign recruits in a period of only four months.

How does ISIS consistently manage to recruit foreigners, especially from Western nations, despite overwhelming condemnation of its activities? Many foreign recruits are already extremists, to be sure, but even Al-Qaeda at the height of its regional power is dwarfed by ISIS’s boastful foreign fighter statistics. In reality, ISIS has seen levels of recruitment from the Western world which are almost unheard of historically. Radio Free Europe estimates that upwards of 1,000 recruits from the Western world, predominantly from Belgium, Denmark, and Sweden, are fighting in Iraq and Syria. The mystifying appeal of ISIS even reaches as far as the United States, where dozens of citizens attempt to join the group every year, including two 15-year-old girls from a wealthy suburb of Denver, Colorado.

The answer to ISIS’s disproportional success in recruiting foreigners is simple: public relations.

With any other militant group, these tactics would be referred to simply as propaganda. But ISIS goes far beyond a simple propaganda campaign. Their massive, concerted public relations programs are perhaps singlehandedly responsible for their success in both recruiting foreigners, and even seizing control of sizeable swaths of land in Iraq and Syria.

Soldiers and citizens of Iraq have reportedly laid down their guns and surrendered surprisingly easily to invading ISIS militants — and that’s no coincidence. Depending on who you ask, ISIS has between 15,000 and 30,000 core members, and thousands more from local militias who fight alongside them. By comparison, the Iraqi Armed Forces have 271,500 active personnel, and 528,500 reserve personnel. According to Iraqi officials, when the militant group seized Mosul in June of 2014, Iraqi forces in the city outnumbered ISIS by 40:1 – yet Mosul was still captured. The Iraqi army is disorganized and poorly managed, but they outnumber ISIS many times in terms of sheer manpower. So if not solely because of their military strength, why has ISIS made so many significant territorial gains?

Public relations, not soldiers, are ISIS’s front line. The group exploits disadvantaged populations and overwhelmingly sectarian sentiment to convert the local populace and seize entire cities without firing a single shot. Local Iraqi militias, comprised largely of Sunni soldiers disillusioned with their treatment by the central Iraqi government, have joined in massive numbers to fight alongside core ISIS members. With the help of these local militias, ISIS has successfully established control over a plot of land nearly 95,000 square miles in size — as large as the United Kingdom. 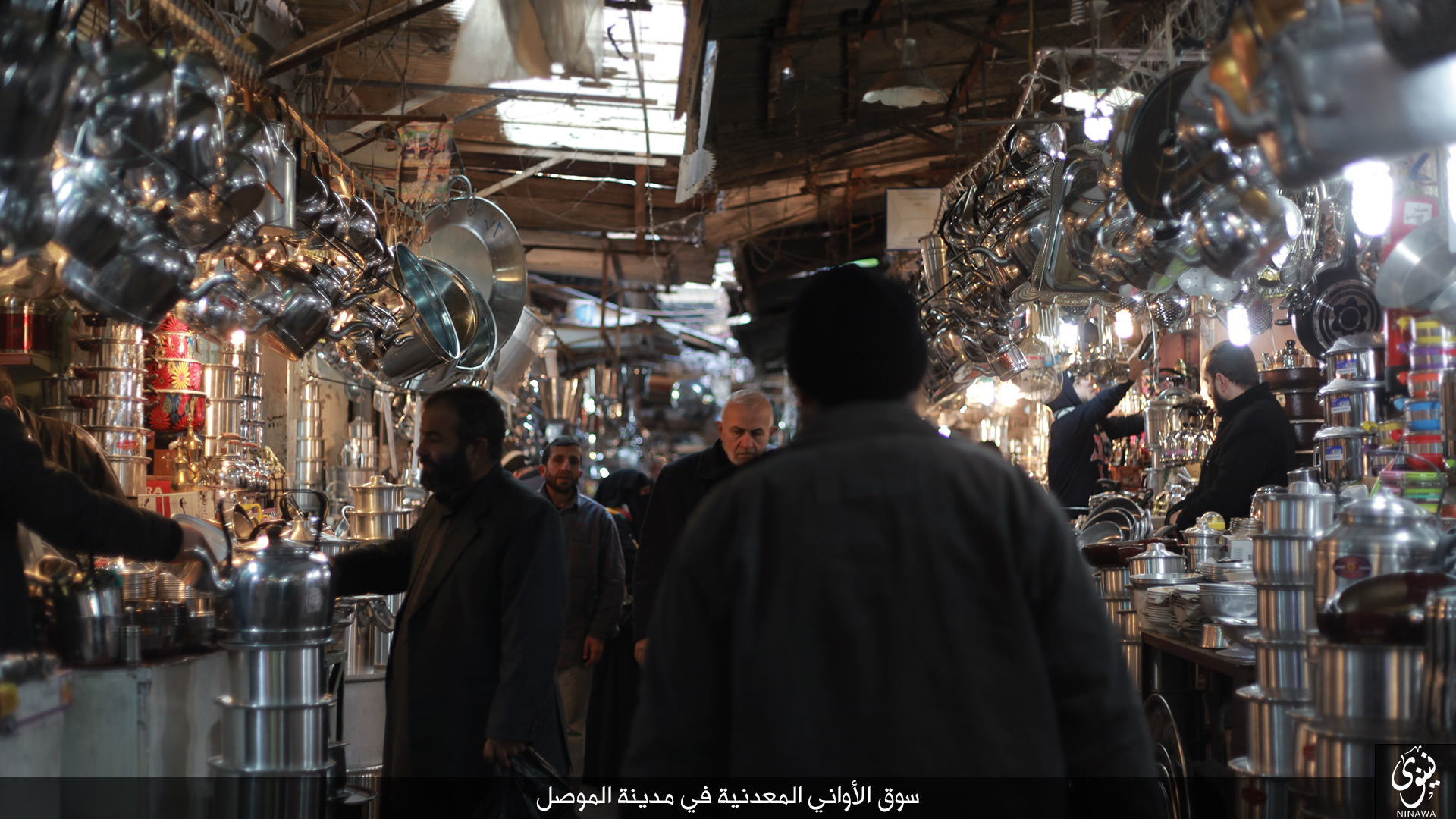 Vendors sell cookware in a marketplace in ISIS-occupied Mosul

The recruitment of Sunni soldiers is spurred on by one small part of ISIS’s multi-faceted global public relations campaign. ISIS aren’t feared and reputed by citizens because those citizens have seen their actions: they’re feared and reputed because those citizens have heard of their actions. Due in large part to social media, word of mouth travels quickly in the Levant. ISIS earns their reputation among local populaces, but they also actively encourage the mythos that perpetuates all of their activities. In this sense, ISIS’s public relations department is the most critical element of their organization.

In the areas it governs, ISIS is fully committed to upholding its stated intent: the establishment of an Islamic caliphate. Perhaps as a byproduct of its state-building intentions, ISIS’s public relations have flourished in the regions it governs. The group holds regular religious services in these regions — which, for a state governed under Sharia law, is more of a propaganda tactic than a community service — and even establishes various social services, including consumer protection agencies. More traditional forms of propaganda are also a fundamental part of ISIS’s governance, and include billboards and flyers intended to enforce recognition of their radical Islamic message. 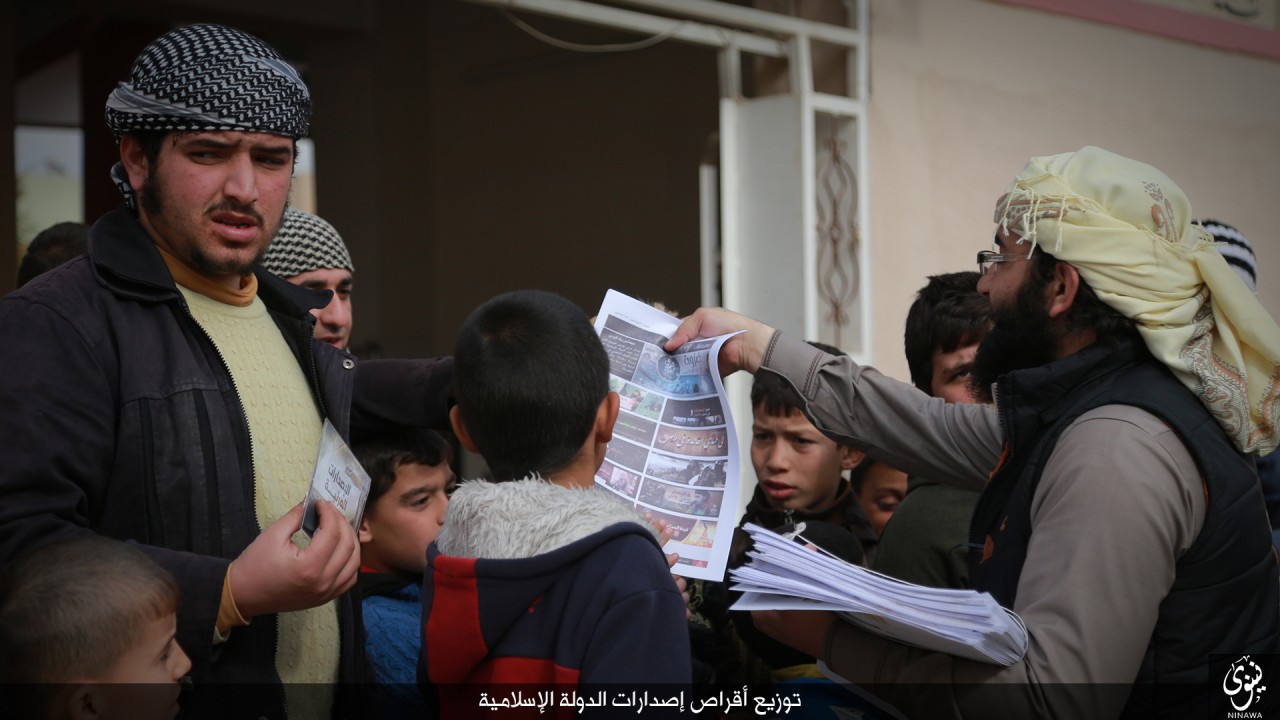 A member of ISIS  distributes an edition of the group’s local newsletter in a village near Mosul, Iraq

On a disillusioned population, these PR tactics work wonders — and it’s easy to see why ISIS has been able to establish a functioning state with so much ease. Aside from propaganda, it’s also easy to see why ISIS’s caliphate state is so appealing to locals in the region, many of whom are perfectly willing, even eager, to live under ISIS rule.

But what about foreigners, who often live in relatively wealthy, socially stable areas, but flock to join ISIS regardless? In a similar sense, ISIS exploits the disillusionment of these people, but through heavy use of propaganda rather than more traditional state-building actions. Their media department works at tirelessly to continuously churn out PR materials and increase their foreign base. According to Matthew G. Olson, the director of the National Counterterrorism Center, ISIS “operates the most sophisticated propaganda machine of any extremist group.” This sophisticated propaganda machine works in three, highly coordinated sections:

Social media is the most superficially effective, and, despite the best intentions of websites, the most easily embraced by ISIS members. Twitter periodically bans accounts belonging to ISIS members (and to the central organization itself), but the accounts are replaced just as quickly as they’re removed. In addition to thousands of radicalized ISIS members spreading propaganda — often in Arabic — the group maintains a set of “news” accounts in a dozen different languages (even English), which bill themselves as “the official media outlet of the Islamic State,” and feature news stories on ISIS actions with a distinctly pro-ISIS spin.

News and published media encompasses ISIS’s Twitter accounts, but is also responsible for an entire array of physical media, including the aforementioned propaganda billboards and flyers, and even an English-language newsmagazine — with arguably better grammar than an article from The New York Times. Unlike their dragnet social media activity, this propaganda is more narrowly focused, targeting specific demographics to spread ISIS’s message.

A promo banner for the ISIS feature video, “‘Īd Greetings From the Land Of the Caliphate”

The third and perhaps most prominent section of ISIS’s propaganda machine is its digital media. This is what has sparked fear in Western governments, and intrigue in radicalized Westerners and foreign fighters. Chances are if you’ve watched any major news outlet in the last year and a half, you’ve seen photos of ISIS atrocities, and heard reports of “beheading videos” and other recordings of ISIS actions in Iraq and Syria. The mere presence of these reports in Western media plays perfectly into ISIS’s public relations campaign, which wholeheartedly embraces the “no such thing as bad publicity” style of marketing. More broadly, the group produces dozens of propaganda videos targeted at everyone from Westerners to residents of Iraq, Syria, and the entire Middle East — so many that Washington Institute for Near East Policy fellow Aaron Y. Zelin’s “Jihadology” project has an entire category dedicated to them.

ISIS’s main news outlet refers to itself as the al-Ḥayāt Media Center, which suavely features a near-copy of Al Jazeera’s logo for its many publications. Al-Hayāt could be considered the central body of all ISIS’s media endeavors, which neatly coordinates and distributes most of its propaganda internationally — although the internal structure of the organization is unknown. What is known is that al-Hayāt employs every possible resource to produce its content, from native speakers who write and edit stories and videos in every possible language, to modern production tools: high-definition cameras, professional editing software, and graphic design programs.

Anyone who keeps up-to-date on global terror threats knows that most radical Islamic have readily embraced the technologies and resources of the 21st century long ago, if not a bit later than the rest of the world. Militant organizations from Boko Haram to Hamas frequently put out high-quality propaganda videos of similar production value to ISIS. But unlike ISIS, these groups rely primarily on conventional warfare to spread their message. ISIS breaks free from the tactics of its brethren through its industrious embrace of the propaganda machine — or more accurately, the public relations campaign — which has almost single-handedly led to its rise, in only a matter of months, as one of the most prominent and formidable militant groups in the Near East in many years.