At the start of November it was reported that Jabhat al-Nusra had captured TOW anti-tank guided missiles (ATGM) from the Syrian opposition groups Harakat Hazm and the Syrian Revolutionary Front. Both were US vetted “moderate” groups who were part of a programme to receive arms and munitions to support their activities in Syria.

Remember the TOW missiles that were taken from SRF? #Nusra actually uses them in Idlib instead of SRF sitting on them pic.twitter.com/FN0IZQQ0DM

If this claim is true, it’s the first evidence of TOW ATGMs provided by the US and its allies reaching the hands of the Al-Qaeda aligned Jabhat al-Nusra, although two alternative scenarios are possible:

While the evidence is not definite, it does seem there is good reason to believe that at the very least Jabhat al-Nusra are using TOW ATGMs, and it seems likely that it will be possible to establish their origin as more evidence of their use is shared by Jabhat al-Nusra

It’s notable that the markings on the rear of the missile tube indicate it’s the 71E-1B model, the same type as provided to vetted opposition groups, and the thee stripes on the legs of the launcher are black, not yellow as seen in the photographs of the TOW ATGMs captured by Jabhat al-Nusra from Lebanon, pictured here. 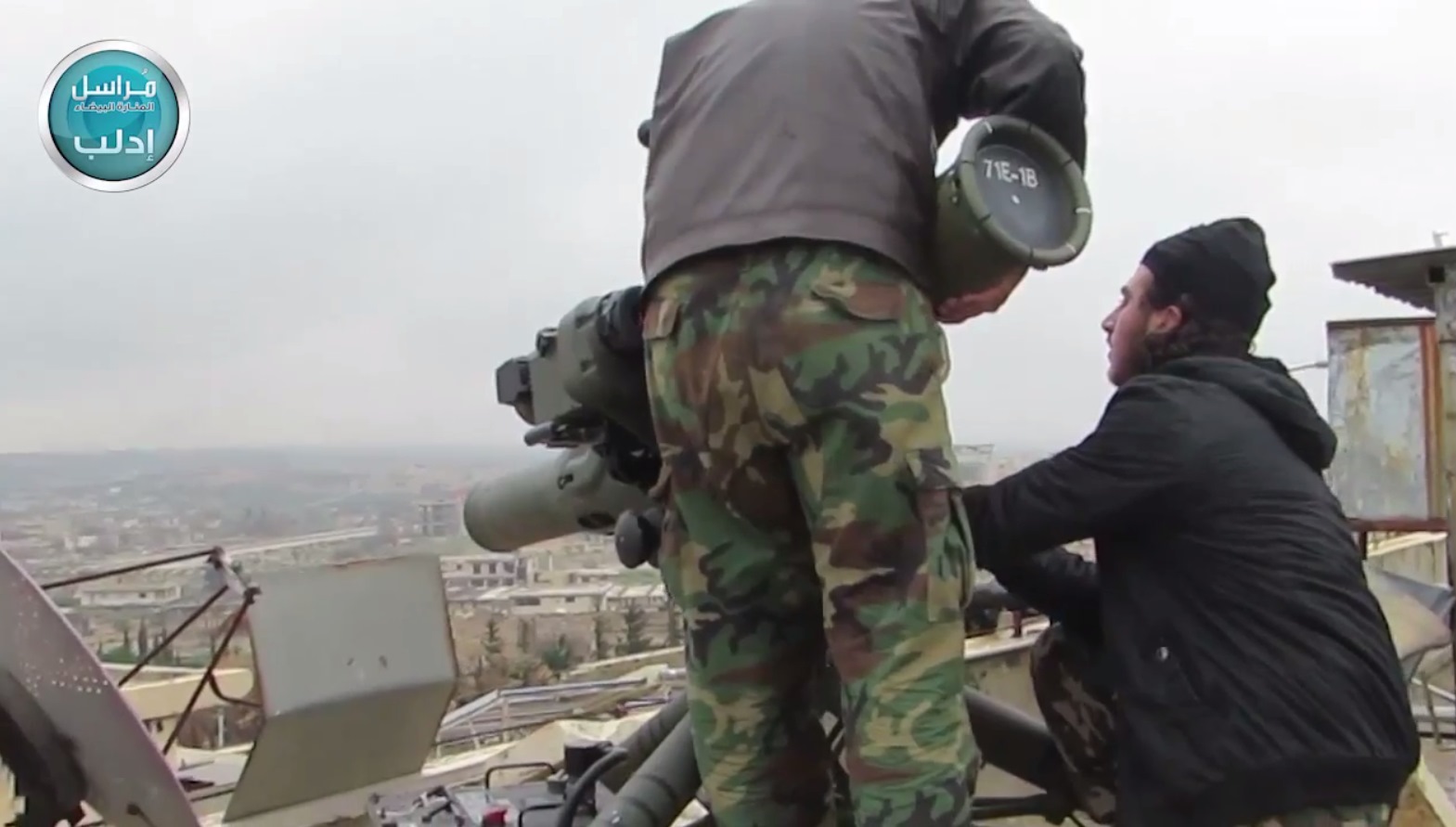 Based on this information it seems likely this is a TOW ATGM captured from a vetted opposition group.