Has the Islamic State Set its Eyes on T4 (Tiyas)? 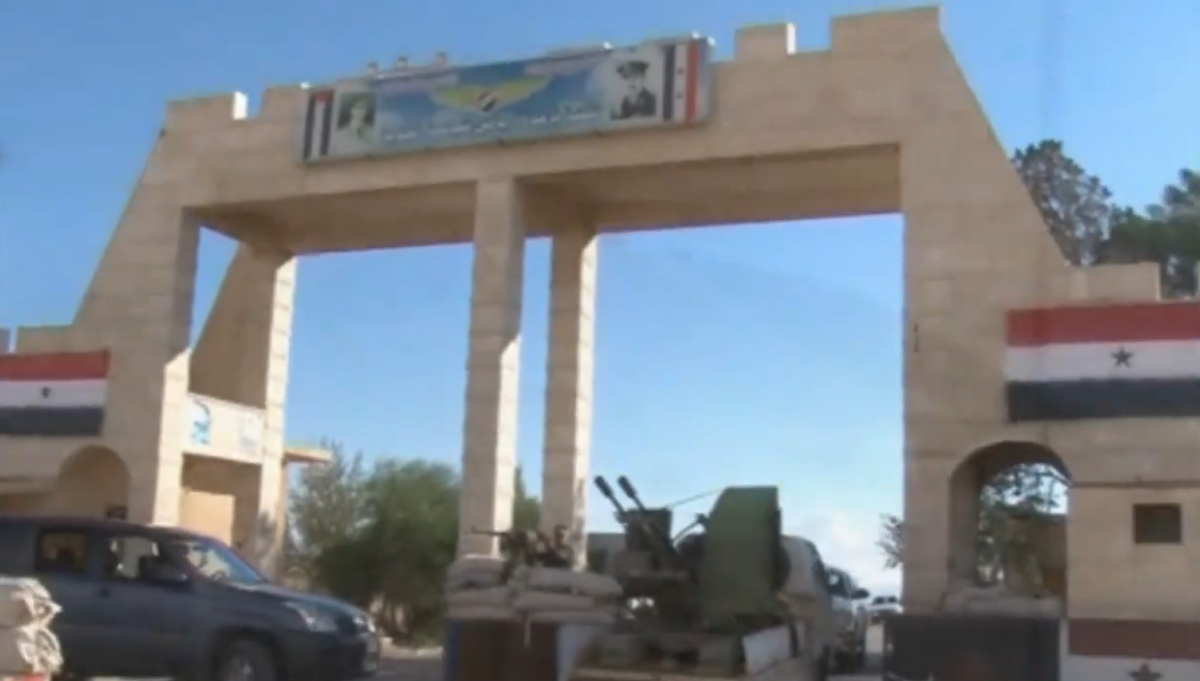 The recent Islamic State offensive in Homs supposedly now also threatens Syria’s largest and most important airbase; T4. Sharing the name of the nearby pumping station, T4 is often incorrectly named Tiyas or even Tayas, Tayfur, Al Tifor or Al Tifour due to the Arabic rendering of ‘T4’.

The release of a video by a Pro-Assadist YouTube channel confirms daily operations still continue at T4. The video, intended to boost the morale of regime fighters, reflects the tense situation North of the airbase. When a similar video showing Tabqa airbase remaining firmly in regime hands was released, the base was overrun just a day later.

T4 houses a total of fifty-eight Hardened Aircraft Shelters (HAS) and two additional large hangars. Most of the HASes, once built to protect the legacy MiG-25 fleet from the Israeli Air Force, now remain empty, but could be used as strongholds to be used in the event of a possible attack by fighters of the Islamic State.

The airbase is currently home to a large portion of the Syrian Arab Air Force’s (SyAAF) fighter-bomber fleet and the now decommissioned MiG-25 fleet, of which thirty-two can be seen on satellite imagery. Although the MiG-25’s career was shortly revived in the midst of the Syrian Civil War, reintroduction of the fleet of MiG-25PDS interceptors, MiG-25RBT reconnaissance-bombers and associated MiG-25PU trainers has not taken place and most remain stored around the airbase. 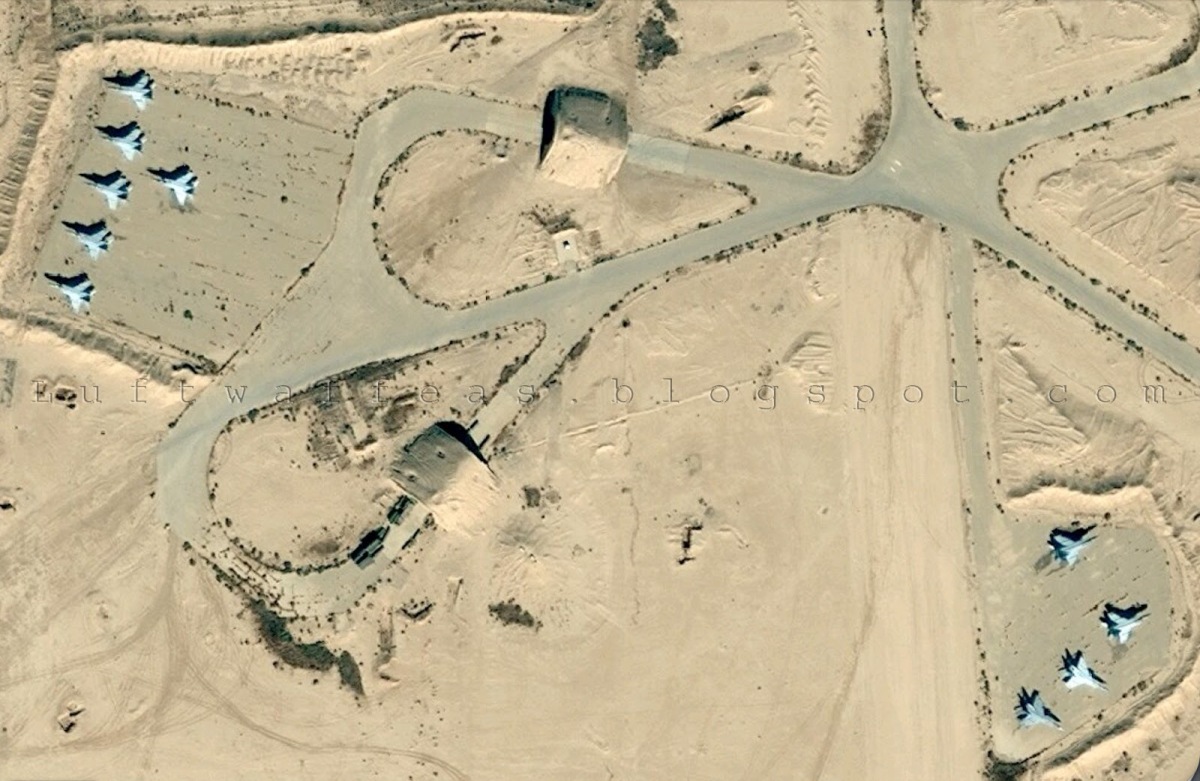 T4 also used to see regular detachments of MiG-29SMs, flown by 697 Squadron based out of Seen (sometimes also incorrectly described as Sayqal). It is unknown if these detachments still continue during the now almost four-year long Syrian Civil War.

Most importantly, it is home to the SyAAF’s 819 Squadron flying Su-24M2s, the most important air asset of the Assad regime. The once twenty-two aircraft strong Su-24 fleet (including two examples given by Libya in the nineties) suffered the loss of two aircraft, leaving twenty aircraft. The whole fleet was recently upgraded by Russia to M2 standard. The upgrade provides for improved targeting, navigation and fire-control systems and compatibility with newer versions of the KAB-500/1500 guided bombs, Kh-31A, Kh-31P and Kh-59 air-to-ground missiles and R-73 air-to-air missiles in addition to the Kh-25, Kh-29L, Kh-29T and Kh-58 air-to-ground missiles and R-60 air-to-air missiles already carried. The carriage of S-24 and S-25 air-to-ground rockets, unguided rocket pods, FAB, OFAB and RBK bombs and KMGU-2 munitions dispensers is also possible. 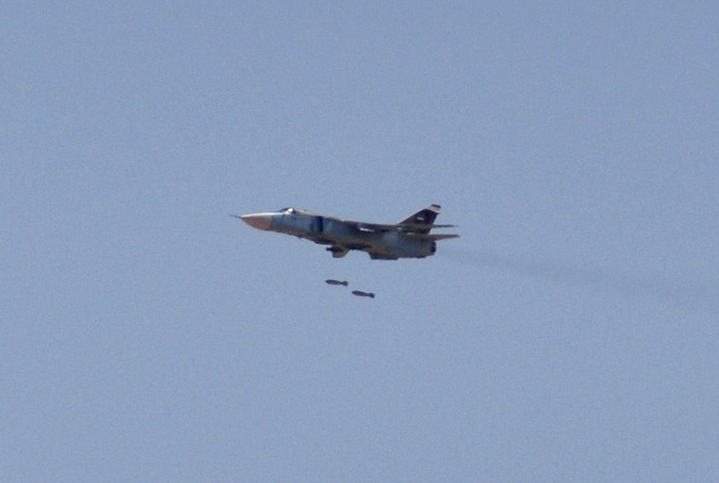 A second Squadron (677 Squadron or 685 Squadron) operates Su-22M4s, another important strike asset of the SyAAF. This plane is also rigged for the carriage of S-24 and S-25 air-to-ground rockets, unguided rocket pods, FAB, OFAB and RBK bombs, KMGU-2 munitions dispensers, Kh-25, Kh-29L, Kh-29T and Kh-58 air-to-ground missiles and R-60 air-to-air missiles. One Su-22M4 armed with two B-8 rocket pods, two KMGU-2 munitions dispensers and two fuel tanks can be seen taxiing at T4 below. Another shot shows two of them parked in a double HAS. 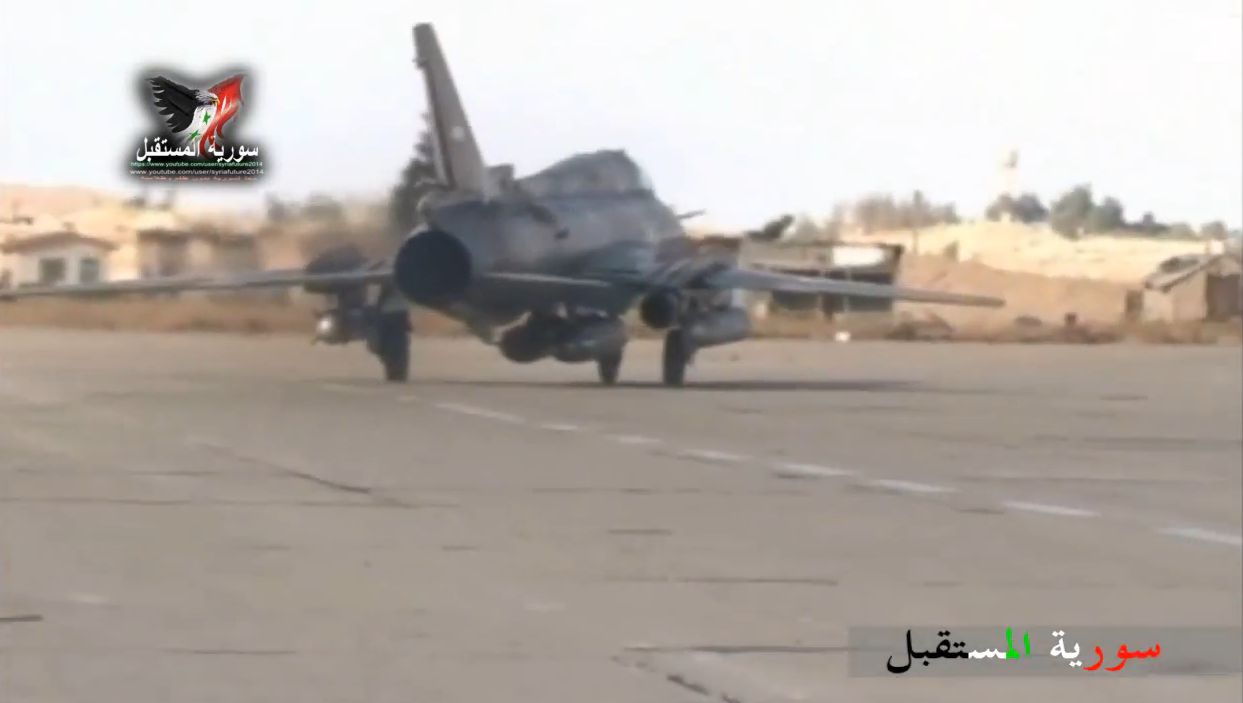 While the SyAAF should have no problem evacuating most of the Su-22M4s and Su-24M2s if the Islamic State attacks, it is yet to be seen if they would manage to evacuate the extensive stock of spare parts, armaments and irreplaceable personnel also present at the base. If not, it is unlikely the SyAAF would ever recover from such a major loss.

As seen at Tabqa, the SyAAF had great difficulty evacuating the remaining personnel and weapon systems, and failed even in destroying the MiG-21s undergoing maintenance, which would have prevented possible future use by the Islamic State.

T4’s direct line of defence is provided by various checkpoints manned by the National Defence Force (NDF) and numerous anti-aircraft gun emplacements that can be used to slow down assaults by the Islamic State. As seen at Tabqa, fighter-bombers stationed at the airbase or detached SA-342 Gazelles and Mi-25s can provide another layer of protection from the skies.

Two S-75 and three S-125 SAM sites are tasked to defend T4’s air space, although their operational readiness can be questioned. One RSP-7, two P-12/18 ”Spoon Rest” and two P-35/37 ”Bar Lock” radars are responsible for detecting any plane flying in mid-Syria. 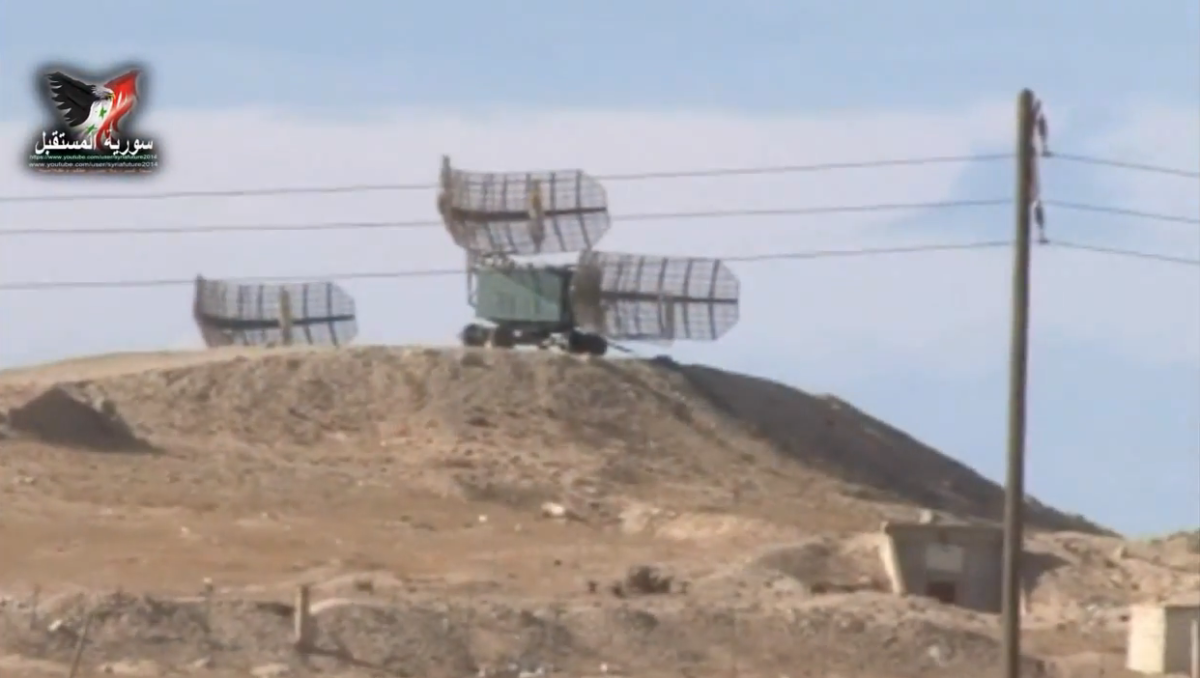