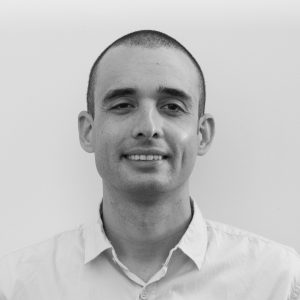 Yet another wave of unrest is sweeping Colombia. The latest protests began on April 28 in response to a tax reform proposal from President Iván Duque. The announcement sparked a wave of nationwide protests, leaving at least 19 people dead and hundreds more injured. In reaction to the massive public outburst, President Duque announced on 2 May that the tax reform was no longer on the table. A day later, he announced that he had accepted the resignation of finance minister Alberto Carrasquilla.

President Duque’s backtracking appears to have done little to quell the protests, which have been exacerbated by the violent police response. The topic of police violence has become a leading cause of public concern in Colombia, with this latest wave capturing headlines in El Tiempo, the country’s leading newspaper.

Since October 2020, Bellingcat and Cerosetenta (a Colombian news organisation covering social issues based in the Universidad de Los Andes’ journalism graduate school) have worked on a project to map incidents of police protest violence in Colombia. The map was originally launched to cover incidents related to the 9 and 10 September 2020 protests in the capital city Bogotá.

This newly expanded version, the “Geografia de Violencia Policial” (Cartography of Police Violence), now also reflects the current period of unrest. It has also been expanded to include other towns and cities across Colombia. The map runs on Forensic Architecture’s timemap platform, the same used in a similar Bellingcat project to map police violence against protesters in the US in 2020.

The new map will be a useful resource for researchers and journalists.

By visualizing the data in this way, we can discern patterns in the police use of force at protests, including the frequency with which certain weapons are used to wound or kill demonstrators. While the map currently contains approximately 35 incidents, their distribution across the country’s major cities act as evidence that police violence is a systemic, nationwide problem in Colombia. 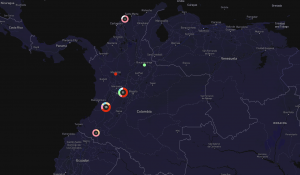 Detail from Bellingcat and 070’s map tracking police violence in Colombia, based on MapBox.

On September 8, a video surfaced on social media showing two officers with the Policía Nacional de Colombia (National Colombian Police) repeatedly tasering a man in Bogotá, the capital of Colombia. The victim, Ordóñez, was beaten after being taken into custody and died from his injuries a few hours after his arrest. The following night, demonstrators took to the streets of the country’s major cities in repudiation of police brutality. In Bogotá, police responded to the protests with deadly force, killing at least thirteen people and injuring dozens more.

Cerosetenta monitored the September unrest following the aftermath of Ordoñez’s death. With technical assistance from Bellingcat, they published four video reconstructions of the September 9 Bogotá protests, as well as a map of police violence in the city. These projects are outlined below:

Furthermore, in December 2019 Cerostenta, Bellingcat, and Newsy collaborated on a video investigation into the killing of a protester named Dilan Cruz by a police officer during a protest in Bogotá that year. The investigation revealed the officer’s badge number, and he was subsequently charged with Cruz’s death. The officer’s trial is ongoing. The joint investigation into the killing of Dilan Cruz was awarded the Premio de Periodismo Nacional Simón Bolívar for Investigative Journalism in the video category.

Bellingcat, Cerosetenta and Newsy will continue to collaborate on this mapping project in the weeks to come.

You can access the map, which is currently available only in Spanish, here. 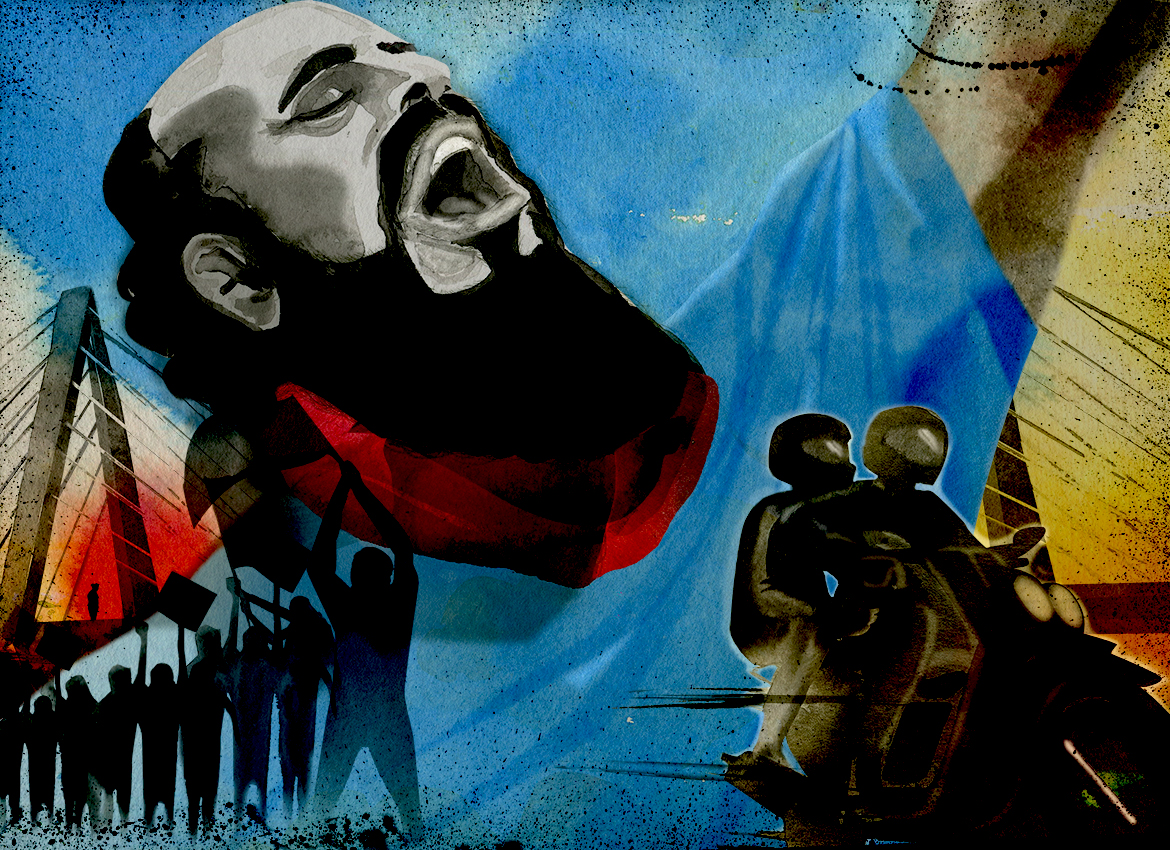 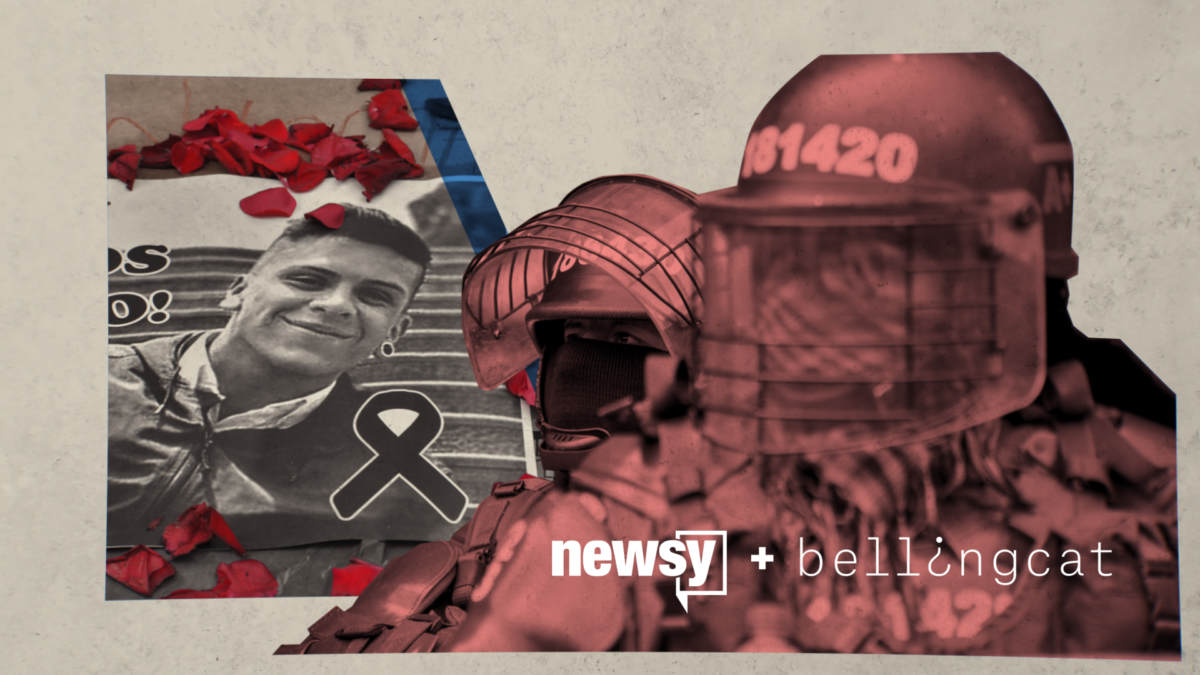 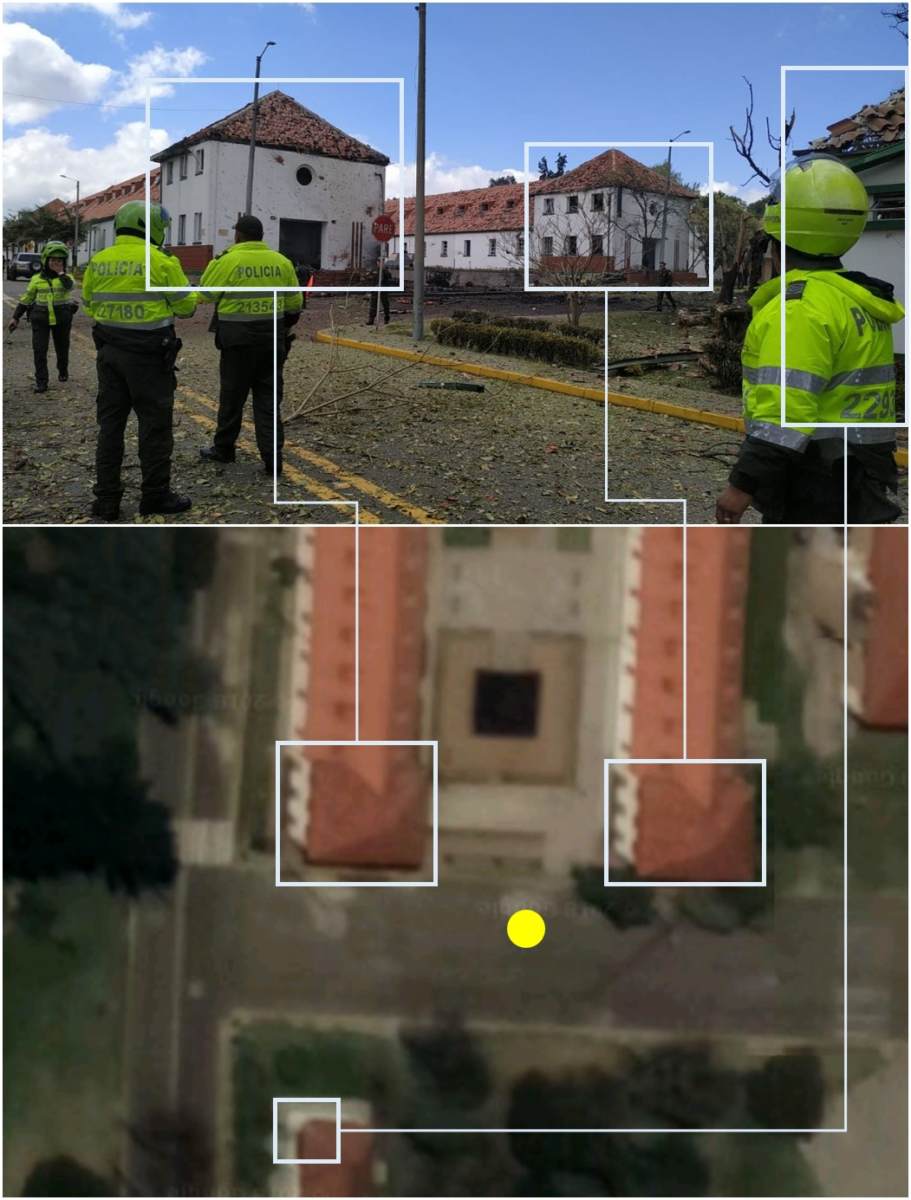 Bogotá Car Bomb: What We Know