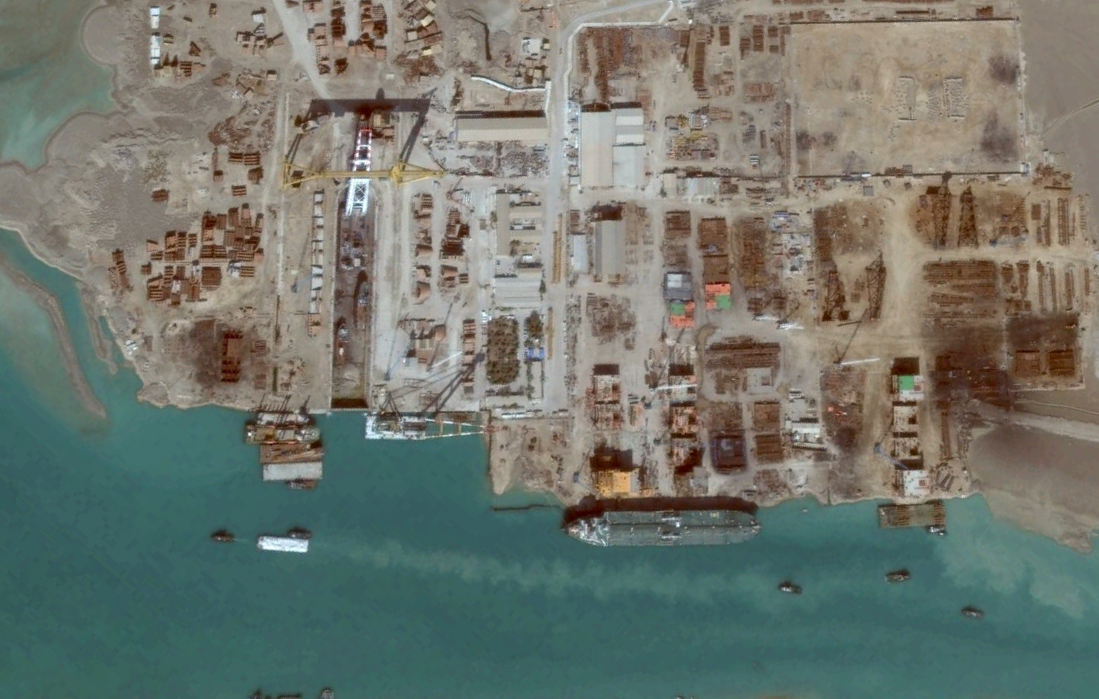 Looks like Iran was unable to deliver the Sorocaima, its first indigenously-built Aframax tanker, to Venezuela after all.

Previously, we thought that Iran may have pulled it off. Historical imagery from April to October 2014 did not show the vessel berthed at the shipyard suggesting it had been delivered. But instead, it apparently dropped anchor off the coast of Bushehr appearing at 28.91586 50.72755, according to a record from the ship’s Automatic Identification System (AIS) in early November. Various online tracking platforms validated the location.

Given Venezuela’s lackluster economy, it seems likely that the South American country was unable to pay for the vessel. By extension, Petroleos de Venezuela (PDVSA), the country’s state-owned oil company which created the ship order, was already in the middle of financial difficulties.

The situation was further compounded by the country’s economic mismanagement. Venezuela’s weak currency, the Bolívar, lost more than 60% of its value against the US dollar in the last six months. Things were so bad last year the government began slashing imports increasing shortages for a range of everyday goods.

Then comes the debt. Between sovereign debt and PDVSA’s debt, the Maduro government will have to find USD 10 billion per year over the next three years to meet its repayment obligations.

Of course that won’t be easy. Venezuela took a major hit last year when OPEC decided not to cut oil output in the face of the supply glut created by increased US production. As a result, the price of oil per barrel plunged from its June 2014 price of USD 111 to below USD 70 in November, substantively cutting Venezuela’s export earnings. Oil exports account for around 95% of all Venezuelan exports and are the only source of hard foreign currency.

To make matters worse, January saw Moody’s downgrade the rating on Venezuela’s Government bonds from Caa1 to Caa3 and shift the outlook to negative. That move further constrained the country’s access to international capital as reflected in the price of credit default swaps, (i.e. debt insurance), which is now one of the most expensive in the world.

With increasing risks Moody’s expects that investors could lose more than 50% of its debt holdings, pushing investors further away from the “sick man of Latin America”. At the same time, oil prices dropped to a four-year low of USD 47.

Since then, there’s been little to suggest that Venezuela’s risk profile has changed, although China has pledged another USD 20 billion – on top of the more than USD 45 billion lent since 2007. Even if the government slashes imports further, depending on oil prices, it’s highly likely Venezuela could still see a USD 30 billion financing gap this year, according to Tamara Herrera, a senior economist with Caracas-based research firm Síntesis Financiera. While oil prices have begun to climb slowly due to conflict in the Middle East, current oil spot market prices are hovering around USD 60 per barrel.

But modest gains may do little to save Venezuela’s finances. According to Barbara Kotschwar, research fellow at the Peterson Institute for International Economics, Venezuela needs oil prices near USD 100 per barrel in order to balance the budget — an unlikely development even with the recent volatility. (Other economists put that figure much higher). We also can’t forget that if the Iran nuclear deal pans out, Iran could almost double oil exports pushing nearly 2 million bpd into the market impacting any potential market rally.

Then there’s US unconventional oil, the new swing factor in world energy trade. Even with a cut in the capital plans of many major companies extracting from US shale plays, things are far from positive for oil exporters. The US, an important energy export destination for Venezuela, has relied less on the country for energy imports, reporting output of over 9 million barrels per day (bpd). For Venezuela, export destination still matters in the long run when longer sea voyages start cutting into earnings. In the meantime, other oil giants like Saudi Arabia defend market share increasing production to over 10 million barrel per day (bpd) while Russia, even with sanctions, also expects to maintain production over 10 million bpd — though TASS suggests a 1.4% drop during 2015.

With no major oil suppliers backing down, Venezuela should expect to see further GDP contraction during 2015 and possibly worse, hyperinflation. As for Iran’s Aframax, options for transfer are limited due to Western sanctions. Iran’s best bet: have the Islamic Republic of Iran Shipping Lines buy the vessel. Until something like that happens, it will probably remain at Bushehr.

For now, satellite imagery helps watchers confirm what many have been saying for a while: Venezuela’s Aframax deal is dead and with it, deepened Iranian-Venezuelan relations.