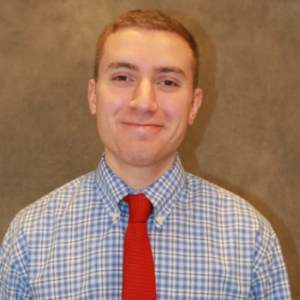 Jacob is a graduate of the Department of War Studies at King’s College London. Jacob’s research focuses are terrorism and counterterrorism policy, with an emphasis on East and Sub-Saharan Africa.

On Thursday, October 27, militants from the self-declared Islamic State’s Somali affiliate seized the port town of Qandala, in the semi-autonomous northern Puntland region of Somalia. Eyewitness accounts claim that after cutting off communications, militants faced no resistance as they entered the town. To confirm their capture of the town, ISIS’s propaganda wing released a short video showing several dozen fighters equipped with small arms entering a nearly abandoned town, before raising the group’s back flag over its pre-colonial era fort. In the immediate aftermath, local authorities claimed that pro-ISIS forces had withdrawn from the town, fearing a counterattack by security forces. By a number of accounts, these claims seem premature, as Somali journalists report continued militant occupation.

Qandala’s capture marks the first instance of ISIS securing control of a town in Somalia. ISIS’s Somalia affiliate formed in October 2015, under the leadership of former al-Shabaab cleric Abdulkadir Mumin. Shortly after his arrival from the UK in 2010, Mumin gained the position of religious leader for al-Shabaab’s Puntland branch, where he is originally from. The British-Somali Mumin was a significant ideologue in the al-Qaeda affiliate, appearing at a number of major events and propaganda videos. After defecting from al-Shabaab, and pledging allegiance to Abu-Bakr al-Baghdadi, the pro-ISIS faction secured the loyalty of no more than two dozen of the 300 al-Shabaab fighters in Puntland. Since their defection, Mumin’s ranks have expanded to several hundred, yet they have since been contained to the remote and desolate Galgala Mountain Range of Puntland. Sympathizers have managed to launch several small attacks outside of the country’s northeast.

While the Puntland Security Force has successfully repelled ISIS attacks and attempts to capture territory in the past, the largest impediment to their growth has come from al-Shabaab. Having affirmed their loyalty to al-Qaeda, despite internal calls to acknowledge the so-called Islamic State, al-Shabaab has aggressively suppressed pro-ISIS members. Al-Shabaab’s Amniyat intelligence and security entity has ruthlessly targeted leaders and foreign fighters expressing pro-ISIS tendencies, preventing ISIS’s metastasis outside its remote camps in Puntland. Even within Puntland, al-Shabaab loyalists managed to chase Mumin’s faction hundreds of miles from their initial base of operations in a series of clashes.

ISIS appears to have exploited a window of opportunity to seize Qandala provided by the distraction and weakness of their opponents. Over the course of the past month, Puntland’s security forces were involved in violent territorial feud with neighboring Galmudug federal state over the administration of Galkayo city. With the focus away from ISIS, Puntland’s forces only lightly defended Qandala, and have taken over a week to stage a response. Additionally, in March of this year, Puntland’s forces conducted an operation against al-Shabaab, codenamed “Danaab”, which allegedly resulted in hundreds of militants either captured or killed. In turn, pro-ISIS forces were less constrained by the threat of a considerably weakened al-Shabaab branch in Puntland.

After a week of preparation, Puntland’s security forces have begun preparations to retake Qandala. Reports are circulating of troop movements, reconnaissance flights, and naval vessels firing on ISIS positions in Qandala. There are conflicting accounts of the nationality of the responsible warships, with eyewitnesses claiming that American vessels were responsible for the shelling, rather than Puntland’s coast guard. Further, a ceasefire recently agreed to by Puntland and Galmudug in the UAE may allow security forces to focus on the pro-ISIS threat, rather than territorial disputes.

If ISIS forces manage to hold the town, they can gain access to the resources of ISIS-affiliates in Yemen through the Gulf of Aden. Puntland’s former intelligence director, Abdi Hassan Hussein, claimed this was the likely rationale for Qandala’s capture, stating, “They constantly receive experts or trainers from Yemen, and shipments of weapons and other materiel. This is why they selected that strategic area”. Qandala also provides strategic value to ISIS due to its naturally defensible position. The town is nearly inaccessible from land, as it is surrounded by mountains and serviced by only one vulnerable dirt road. In turn, recapture would likely entail a more risky naval assault. If Puntland manages to retake the town, ISIS will likely fade back to their mountain camps, while securing a notable propaganda victory.

This article has been updated to correctly state Qandala is a pre-colonial fort.