In just three days, Russian aircraft have carried out 137 sorties, targeting 448 “terrorist objects” throughout Syria, according to a Russian Ministry of Defense (MoD) press briefing held by spokesperson Igor Konashenkov on 9 November 2015. Three airstrikes previously posted on the MoD’s YouTube page were singled out by Konashenkov for closer examination. Given the Russian MoD’s well-documented propensity for fabricating information, it’s a worthwhile endeavor to verify the Russian MoD’s version of events.

The first video purports to show an airstrike on an “ammunition depot” in the governorate of Raqqa. According to Konashenkov, the depot contained “anti-tank systems, grenade launchers, and small arms,” and heavy vehicles were seen being loaded with weapons, which were “delivered to terrorist groups of the region.” Highlighting that the bombed depot was indeed located in Raqqa, the MoD presentation transitions to the video by having it zoom out from the approximate location where the strike allegedly took place:

In this instance, the MoD implies that the strike occurred near al-Tabqa in the west of Raqqa Governorate. However, as has been the case dozens of times before, Russia incorrectly described the video’s location in both the press conference and the video itself. The airstrike was geolocated 115 kilometers (km) away near al-Bab, which is in the governorate of Aleppo: 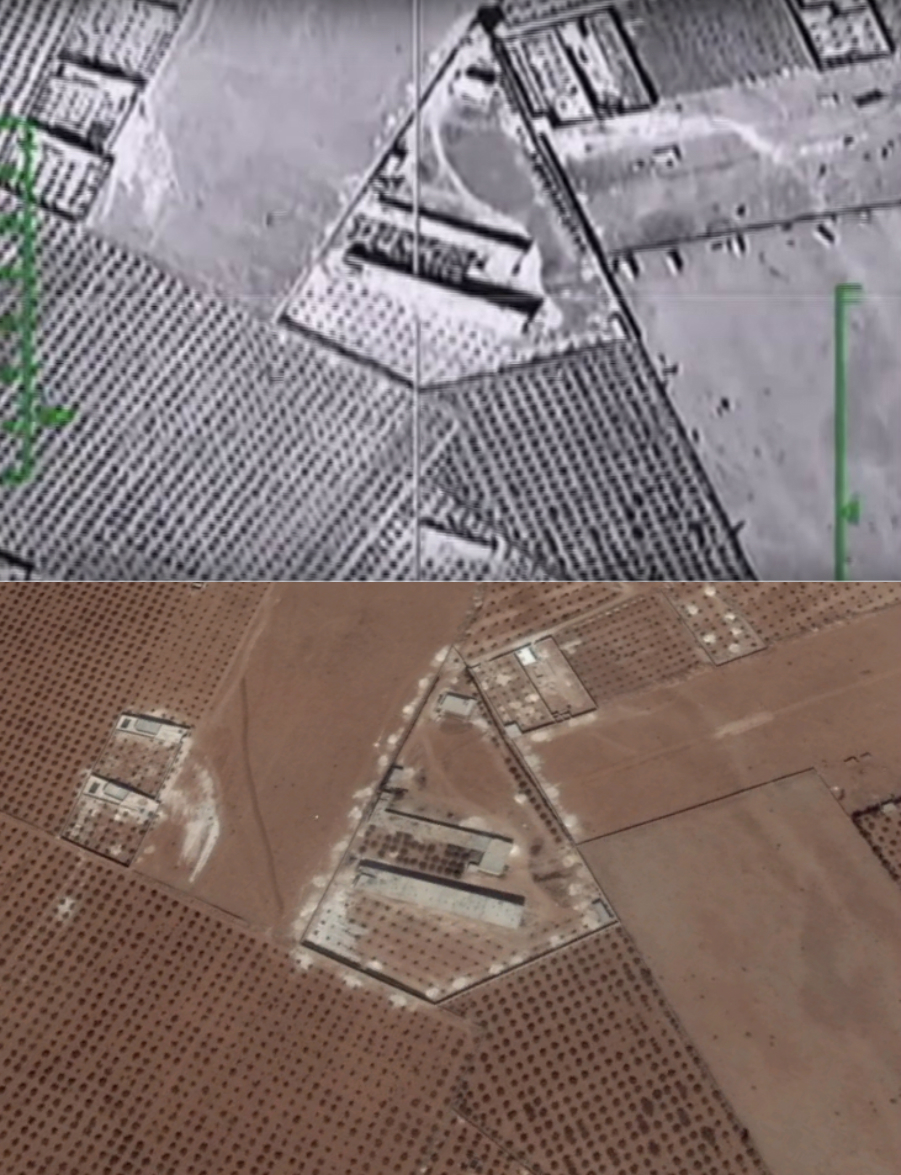 It’s unclear why the Russian MoD would claim that it was targeting “terrorists” in Raqqa when al-Bab is controlled by the Islamic State (IS) and has been since early 2014.

The second video is described as showing an airstrike against an IS training camp in Idlib Governorate. The difficulty here is that there hasn’t been an IS presence in Idlib since January 2014, when they were expelled by a coalition of rebel groups. Nonetheless, a Su-34 fighter jet “performed a pinpoint strike against the ammunition and weapon depot,” according to Konashenkov. The attack was geolocated in Idlib Governorate as claimed by the Russian MoD: 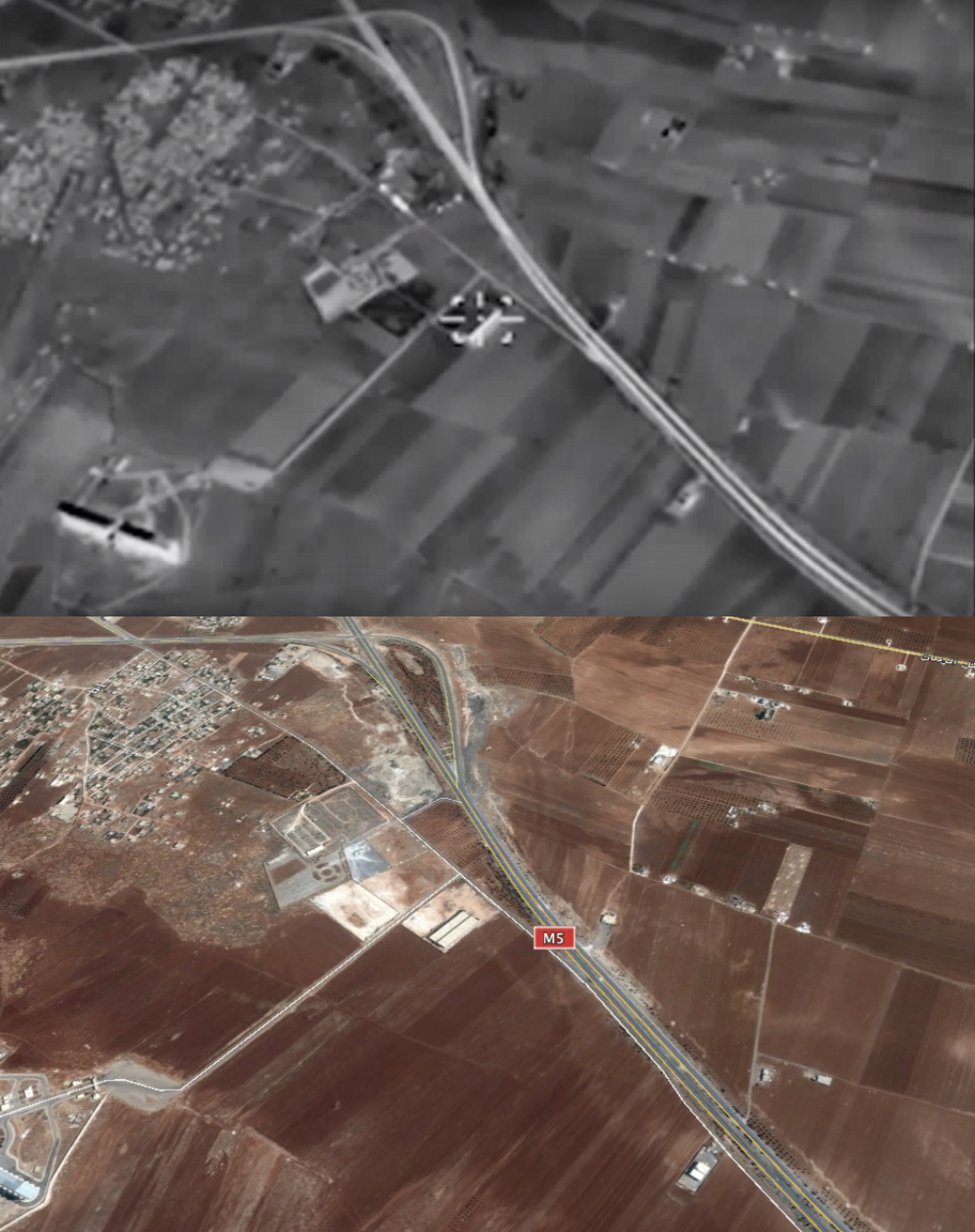 Curiously, however, the video in the MoD press conference zooms out from an area south of Ma’saran (or “Масеран” on the map in the Russian MoD presentation), roughly 20 km away from the actual site of the attack: 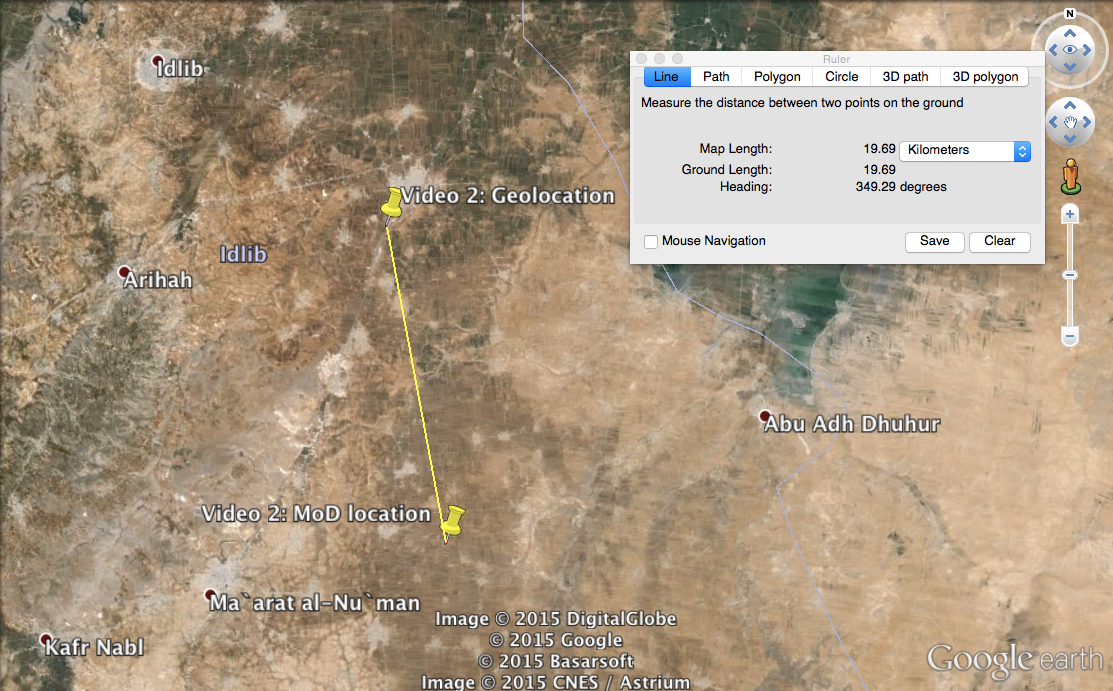 Finally, the third video that Konashenkov discusses also claims to show an attack on IS in Idlib, this time against a “strong point” containing a both a communication and command center and an ammunition depot. Geolocation of the strike places the airstrike not in Idlib but in Aleppo Governorate, near Sabiqiyah, where IS has no presence: 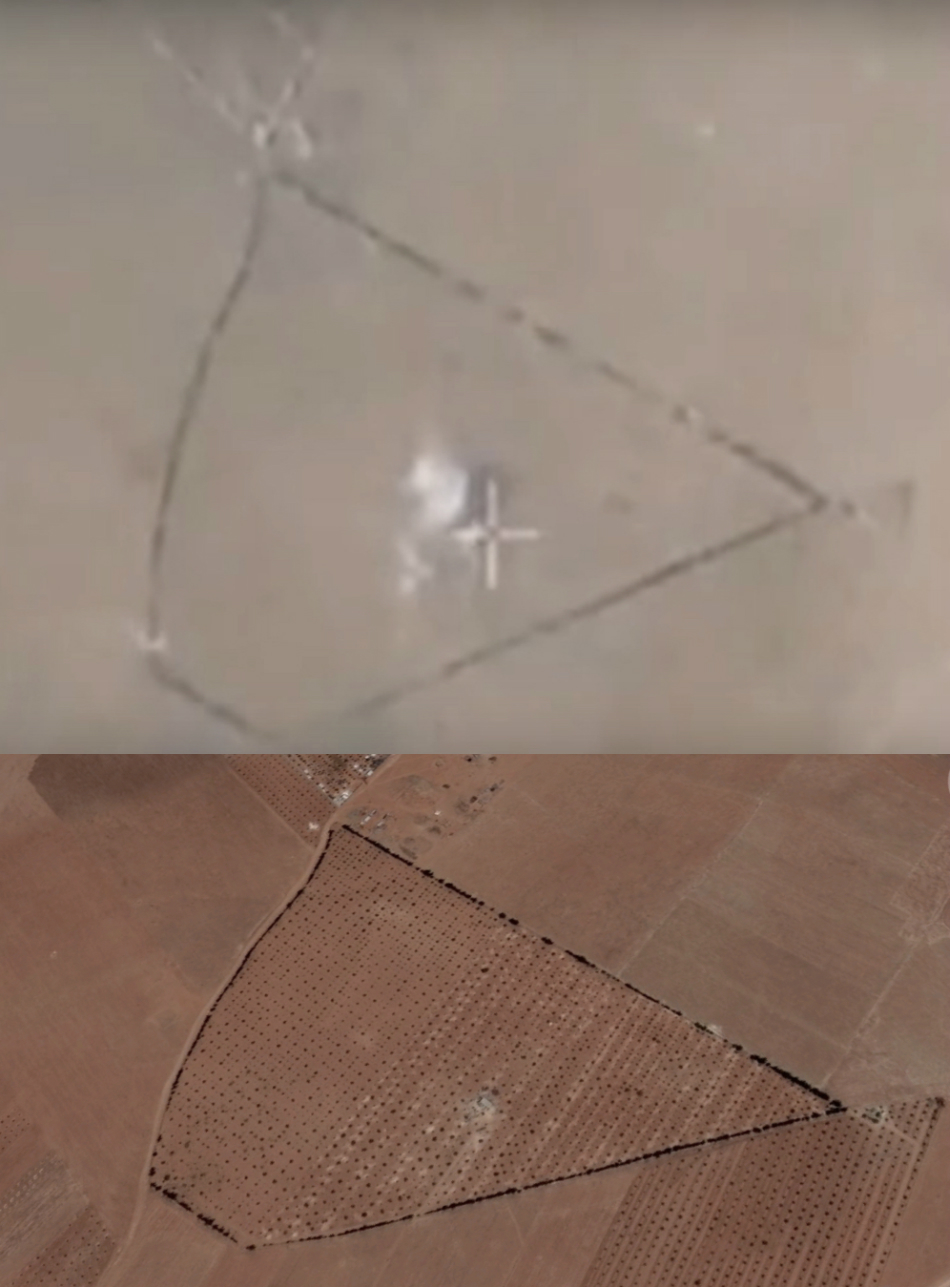 It’s possible that the airstrike was carried out in order to aid Assad’s forces fighting rebels in the area. The location of the video on the map in the Russian MoD presentation is also incorrect, presenting the attack as having taken place southwest of Ariha in Idlib Governorate, when, in fact, the attack took place in another governorate entirely, just less than 70 km away. Russia’s persistent inaccuracy regarding the identities of the groups it’s targeting and the locations where it’s targeting them is all the more odd given that the Russian MoD has stated that it only carries out airstrikes when “the data on the engaged objects has been checked through several channels.” Konashenkov claims that targeting and verification information comes from the Syrian government, the Baghdad information center, and “representatives of the Syrian opposition,” though the latter source is particularly dubious. Taking the MoD spokesman at his word means that, even after triple-checking its targets before it destroys them, Russian airstrikes have still managed to exact an immense toll on civilians.