In a surprising new streak of offensives launched at targets in both Iraq in Syria, the Islamic State has managed to capture the ancient city of Palmyra, known today as Tadmur. With the strategically important town of al-Sukhna falling just over a week before, and the Iraqi city of Ramadi just days before Tadmur, it appears the Islamic State is far from being under control, and possibly attempting to revive the seemingly unstoppable upmarch of last summer.

Tadmur, which is also home to Tadmur airbase, is of high strategic importance due to its position at the base of the vital M20 highway, which leads through the recently fallen al-Sukhna to the regime’s last holdout in the East of the country: Deir ez-Zor. Without access to this highway and with little prospect of retaking both of the Islamic State’s newest gains, the Assad-regime will face extreme difficulty in keeping its troops in Deir ez-Zor supplied, and the fall of the city and associated airbase might soon become inevitable.

The town of Tadmur is best known for the ancient Roman monuments and ruins, which, given the Islamic State’s history with the destruction of historical sites, is now feared to be a target for vandalism. Although this aspect will likely incite a lot of coverage from Western media, it should not be forgotten that there are also thousands of lives at stake, with hundreds of casualties reported so far and many dead, despite earlier reporting from Syrian State Media that citizens were being evacuated. Of course, with mainstream media eager to find new stories that might interest a diverse public, events such as renewed poison gas attacks and the current offensive are less likely to be covered than a story on ancient Roman ruins in danger of destruction.

Also of great importance are the massive weapon depots located in Tadmur, one of the largest in Syria. While the exact contents of the depots remain unknown, there are reports of ballistic missiles being stored here. Should this be the case, it is likely images of such missiles in Islamic State’s hands will surface again soon, even though it is unlikely that they will get any to work. Perhaps more of interest is the fact that many other types of weaponry captured by the fighters of Islamic State as Ghaneema (spoils of war) will provide the means for future offensives, allowing the Islamic State to exert pressure on fronts throughout the region. 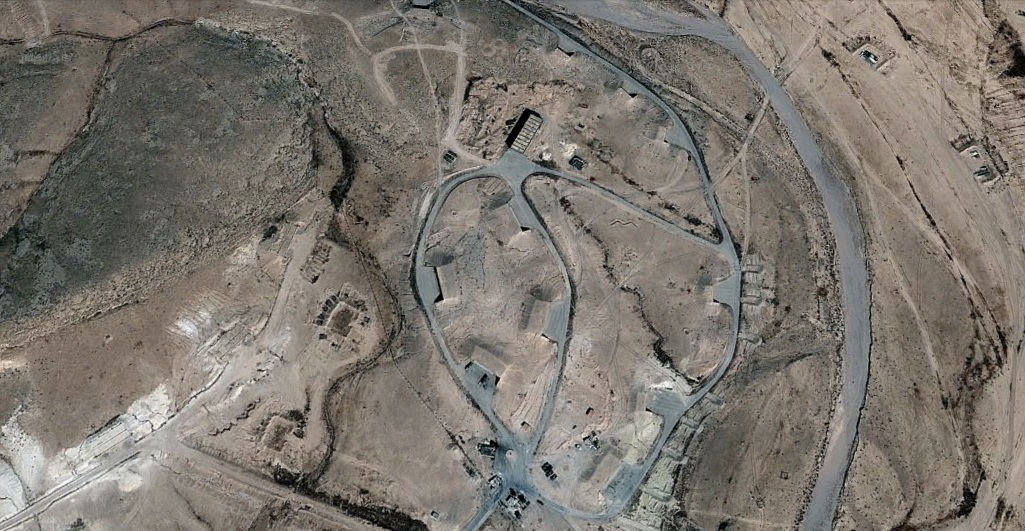 Hundreds of ammunition boxes captured during the early phase of the Islamic State’s offensive on the town just a few days ago give a clear indication of the amount of weaponry that is still likely to be present in the many storage bunkers littered around Tadmur. Tadmur also serves as an important link in the production and distribution of a large portion of Syria’s gas supplies. Whoever is in control of Tadmur has easy access to the numerous gas fields and pipelines running through the area, all of which now also under control of the Islamic State. And without access to gas fields, the Assad-led regime could face a huge problem in keeping Damascus, Lattakia and Tartus supplied with enough gas.

The ease with which the Islamic State managed to capture Tadmur is a clear sign of the increasingly worn military force that has been spread thin over regime-controlled Syria, and is now slowly running out of men willing to give their lives for the regime. While the situation for the regime has been already been dire before, Iran’s and Hizbullah’s involvement in the Syrian Civil War managed to stall the Free Syrian Army’s advance throughout Syria, and eventually stabilised the situation for the regime early in the Civil War. However, this source of manpower is still finite, and Iran and the regime are increasingly forced to rely on other foreign fighters for their offensives, often Iranian jailed Afghan criminals and refugees, to carry the burden.

The offensive at Tadmur came as a surprise to many, and the quick victory must even have surprised the fighters of the Islamic State, which were until thus far unsuccessful in capturing any major towns, installations or army bases in Central and Eastern Syria since the fall of Tabqa in August 2014. 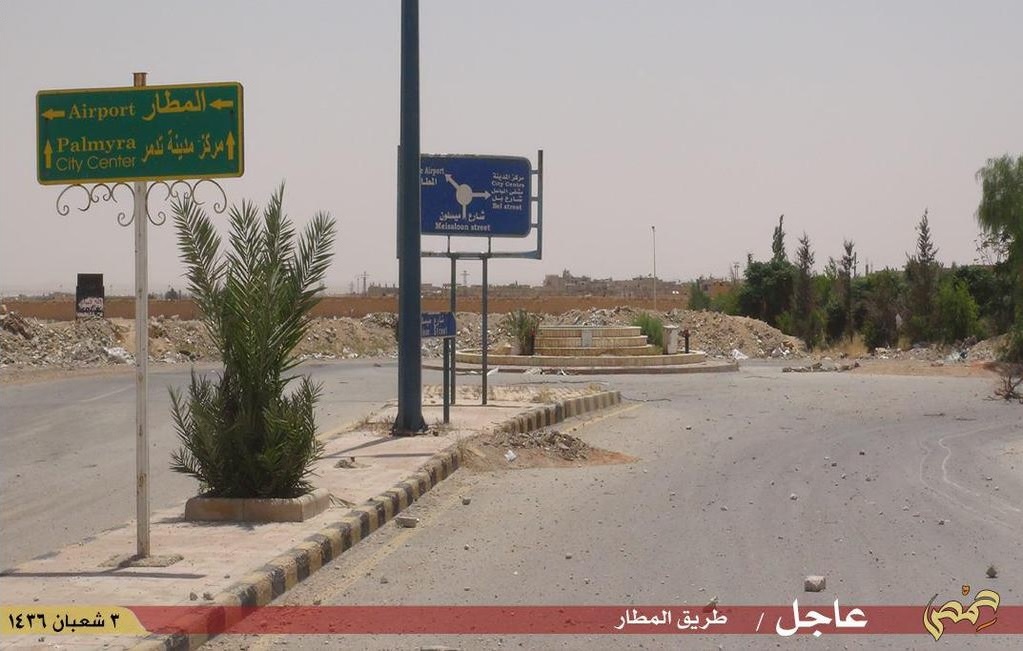 Tadmur was defended by the 18th Tank Batallion of the Syrian Arab Army (SyAA), the National Defence Force (NDF) and troops of Suqour al-Sahraa’ (The Desert Falcons). No attack on the town or the region was expected, and as a result, the regime’s miltary presence in Tadmur was minimal. With no reserves or reinforcements available, the regime’s troops in Central Syria simply collapsed. Caught completely off-guard, the regime never had any real chance to hold the town against the fighters of the Islamic State, and Tadmur was thus lost as soon as the Islamic State attacked it.

Although the fighters of the Islamic State reportedly freed the remaining prisoners in Tadmur’s prison, made infamous by the 1980 Massacre and after its reactivation in 2011 again one of the most notorious in Syria, it remains unknown how many of the prisoners actually survived. Executing any remaining prisoners before retreating has become a common practice for the regime, and Tadmur’s prison is unlikely to be different. Tadmur airbase, strategically located in Central Syria, has traditionally been home to an unknown squadron operating the iconic MiG-25PD(S) interceptor and MiG-25PU two-seat trainer. The airbase lost much of its value after the gradual retirement of the Syrian Arab Air Force’s (SyAAF) MiG-25 fleet however, partially made-up by an increasing number of civilian flights. Nevertheless, the unknown squadron based at Tadmur was one of the last to continue flying the mighty MiG-25 ‘Foxbat’. A video released by the Free Syrian Army on the 8th of August 2012 confirmed some MiG-25s might still have been operational at Tadmur until 2013, or perhaps later. It is likely that the surviving aircraft remain stored in the sixteen Hardened Aircraft Shelters (HAS) found at the airbase. Two completely destroyed Mi-17s were also found at the airbase. 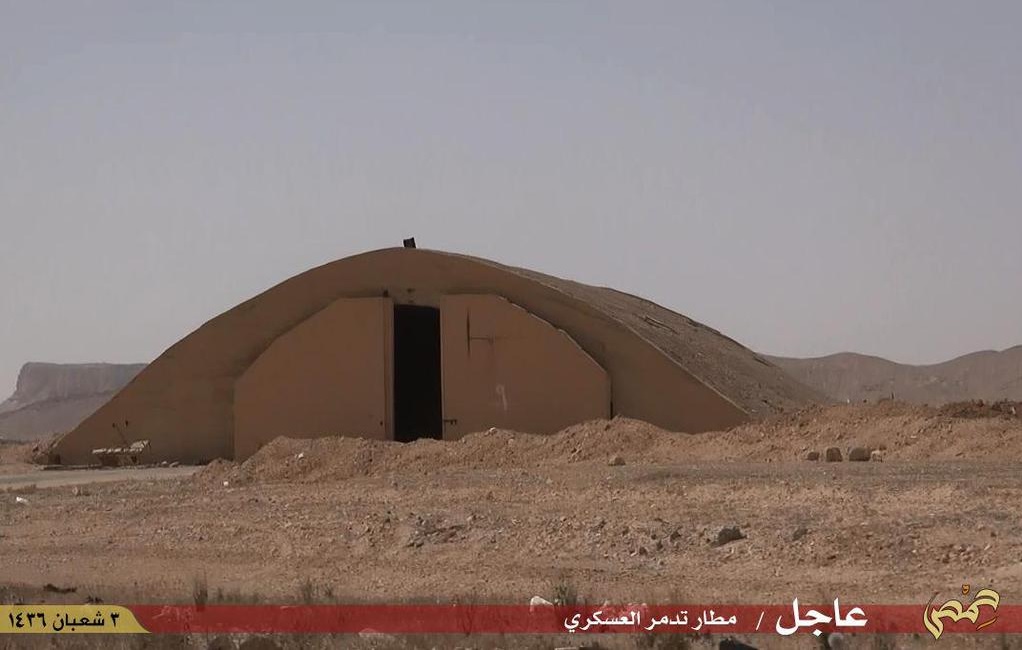 The airbase also served as an important link in the transfer of arms and munitions to Deir ez-Zor. This role will now have to be taken over by T.4 airbase, located West of Tadmur and likely the next target of the advancing fighters of the Islamic State. Three radar systems, a JY-27, a P-14 and a P-12/18, located at the airbase were responsible for guarding the airspace above Central Syria, a capability that is now lost. This means the SyAAF won’t be able to detect any aircraft in Central and Eastern Syria, a serious blow to the already crippled air defences. 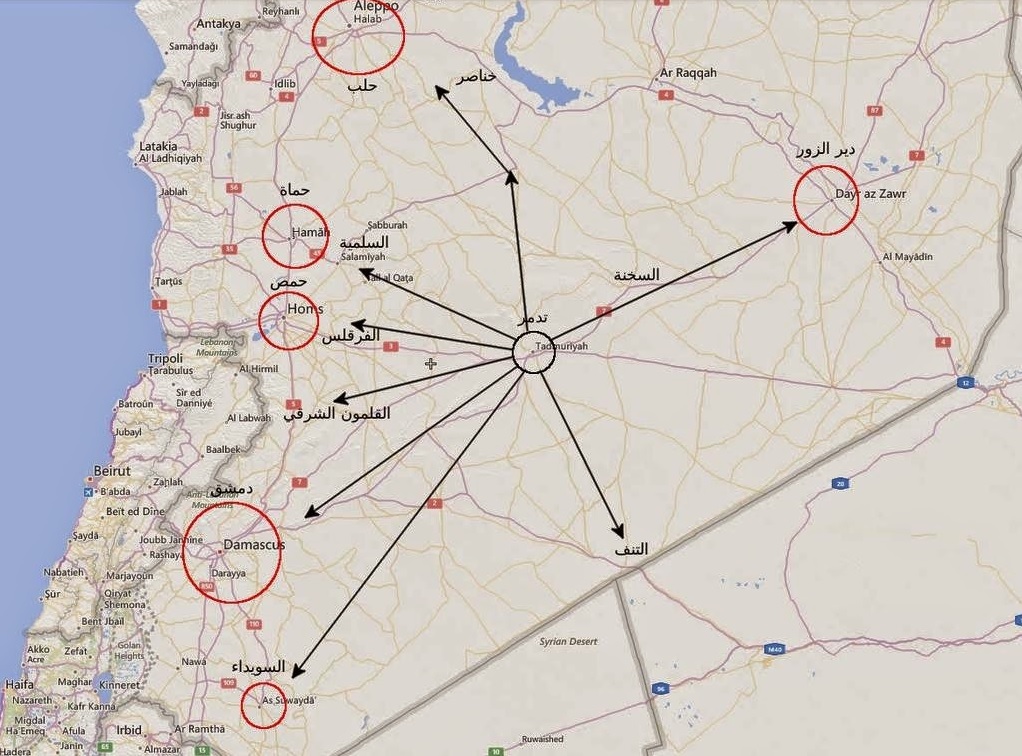 The fall of Tadmur paints a dire picture for the regime’s grip on the Eastern half of the country, and should their last base in this area (Deir ez-Zor) also succumb to the increased pressure stemming from a lack of supplies and constant attacks from fighters of the Islamic State, the image of the regime’s firm grip on the largest part of the country will be destroyed. Due to the strategical position of Tadmur the fall of the city also means the Islamic State now has direct road access to many of Syria’s largest provinces, including the city of Homs and the capital of Damascus.