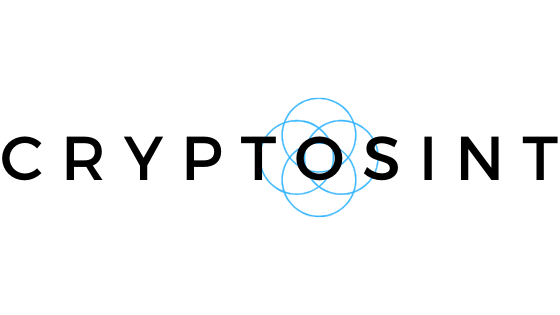 CryptOsint is a news round-up dedicated to covering who is using blockchain technology and how they’re doing it. Think of it as the intersection between open source investigations and the crypto world. Through CryptOsint, you will discover weekly content that will help you make sense of the overly complicated blockchain world, show you how others are interacting with it, and equip you with the skills to investigate on your own.

Is there something about cryptocurrencies you’ve never quite been able to wrap your head around? Want a particular topic covered? Let me know! I would love any and all feedback, suggestions, and questions. You can reach out at brenna@bellingcat.com.

Now, let’s get started with my favorite topic, cryptocurrencies and terror financing.

Late in August of 2019, the Middle East Media Research Institute published a report about terrorists’ growing use of Telegram for cryptocurrency fundraising campaigns and how the launch of Telegram’s own blockchain network could worsen this already growing problem.

The study makes an important point: In all of the hysteria over the terrorist financing risks posed by the launch of Facebook’s cryptocurrency, Libra, the potentially even more insidious consequences posed by Telegram’s Gram cryptocurrency have been overlooked.

And I completely agree. Increasingly in my own research, I’ve seen extremists turn to Telegram groups to promote their crowdfunding campaigns over any other form of social media. This application enables encrypted messaging with little content moderation and a far reach. 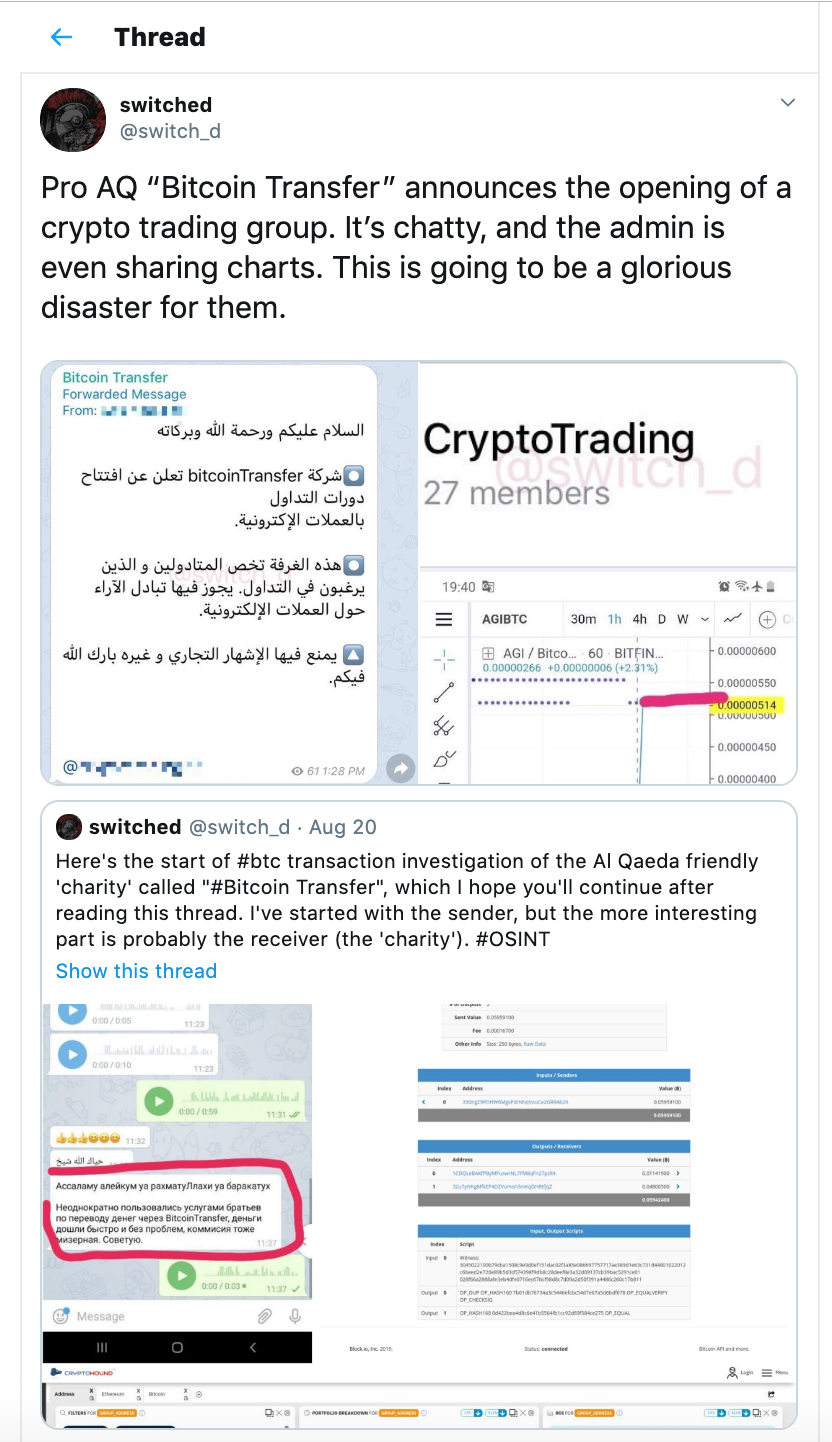 All this is to say, if terrorists are already actively on Telegram, what is stopping them from adopting its new blockchain technology?

There are some barriers, to be fair: the fungibility of new cryptocurrencies is generally very low, but a token as widely hyped as Gram is sure to be accessible on a variety of popular exchanges, easing the growing pains other new tokens experience.

It is likely that Telegram’s new technology will be abused by extremist groups, and the tech company’s content moderation habits are a strong indication that it could become a real problem.

Luckily, Telegram is taking some time to seriously ponder the launch of its new cryptocurrency after a not so gentle prompting from the Securities and Exchange Commissions.

The SEC sued Telegram Friday Oct.11 in order to halt the distribution of Gram tokens in the U.S. after the company failed to properly register its offering.

For years, the SEC has struggled to hold crypto ventures accountable to securities regulations; however, this most recent move is arguably one of the strongest stances the SEC has taken against any token launch to date. The SEC’s action is more than just a slap on the wrist for Telegram, but also a larger warning to crypto companies as a whole.

The message: Follow the rules or we’ll shut you down.

In the SEC complaint, Co-Director of the SEC’s Division of Enforcement Steven Peikin explains

“We have repeatedly stated that issuers cannot avoid the federal securities laws just by labeling their product a cryptocurrency or a digital token[…]Telegram seeks to obtain the benefits of a public offering without complying with the long-established disclosure responsibilities designed to protect the investing public.”

Have You Heard Of Libra?

I hate to perpetuate the unending drama surrounding Facebook’s cryptocurrency, Libra, but this is a crypto newsletter and, as it’s curator, it is my duty to keep you up to date on all topical, even if overhyped, subjects.

As we know, Libra has been in the news a lot lately. The currency’s biggest backers are dropping like flies, foreign governments are publicly denouncing it, and Congress is eagerly awaiting Zuckerberg’s roast, I mean testimony, scheduled for tomorrow. But, how many people actually know what Libra is, and how it works? Or why Facebook is pursuing the project at all? Thankfully, Bloomberg’s Olga Kharif compiled an excellent primer on all things Libra. Check out some key highlights below:

A digital coin that, according to Facebook, initially would just allow its users to send or receive money or pay for things within the social network but could eventually be used for transactions outside it as well. Balances and transactions would be run on a blockchain, a shared digital ledger. Facebook originally planned to launch in 2020 along with partners that initially included Mastercard Inc., PayPal Holdings Inc. and Uber Technologies Inc.. [Note: PayPal and Mastercard have since backed out of the partnership along with several others.]

What’s The Appeal For Users?

The main service described by Facebook, sending money “as you might send a text message,” is already offered by plenty of other companies. It’s possible that using a blockchain could allow Facebook to handle transactions for the world’s 1.7 billion adults without a bank account more cheaply. In countries with high inflation, such as Venezuela, buying Libra could be a way for people to safeguard the value of their money.

Its revenue growth has slowed, and Libra could unlock new opportunities in payments and commerce. Facebook’s partners have their own motivations: If Libra disrupts the payments business, Mastercard, for instance, likely wants to be a part of that. The potential partners, however, are having to weigh potential scrutiny from politicians and regulators.

And boy have they gotten scrutiny from politicians and regulators! Saying Libra’s been getting some bad press would be an understatement. In fact, it kind of feels like the entire world is against the cryptocurrency. But, Libra may have some allies yet. The project has gotten the attention of several nonprofits working to help connect the unbanked to the larger global economy. Coindesk recently published an interesting two-part series detailing why these companies are working with the Facebook offshoot, and also why they aren’t afraid to jump ship if Libra fails to follow through. These allies include Kiva Microfunds, Women’s World Banking, and Mercy Corps — all which signed onto the new Libra agreement drafted Monday Oct.14.

NGOs aren’t the only ones optimistic about Libra. Terry Gou, the founder of electronics manufacturer Foxconn (yes, that Foxconn) is a big fan of the project and of Zuckerberg, whom he claims to know personally. Gou is so supportive of Libra that he is encouraging Taiwan to merge Facebook’s stablecoin with the digital currency People’s Bank of China is developing.

“Mainland China has decided not to accept Libra and build its own digital currency,” Gou said. “That creates a great opportunity for Taiwan as we can become a place where the two separate systems converge.”

Some find the idea to be slightly outrageous considering Libra and China’s history of bad blood and competition, but stranger things have happened. I guess we’ll just have to wait and see.

This Past Week In Crypto

Enough about Libra. Let’s go on to other important crypto news.