Over the last week there’s been a great deal of interest in the movement of Russian military equipment and troops to Syria, with images published by AllSource Analysis of al-Assad International Airport showing the arrival of military aircraft supporting Russia’s growing presence. 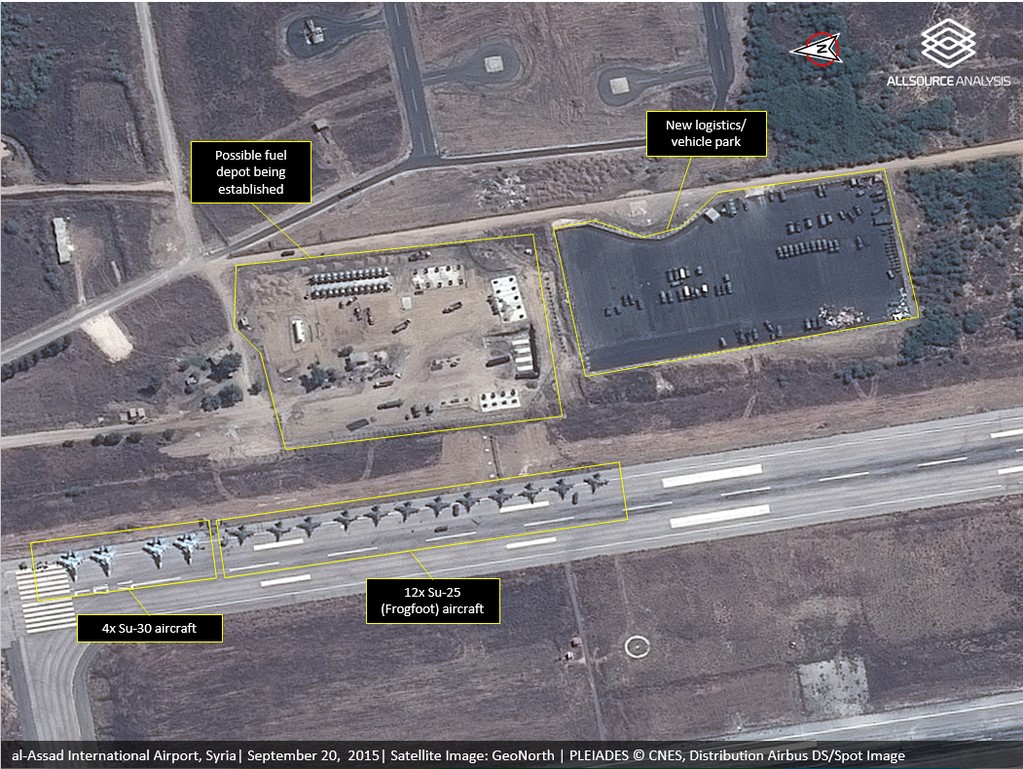 Today a photograph was shared on Twitter showing what claimed to be the aircraft visible in the above satellite image. 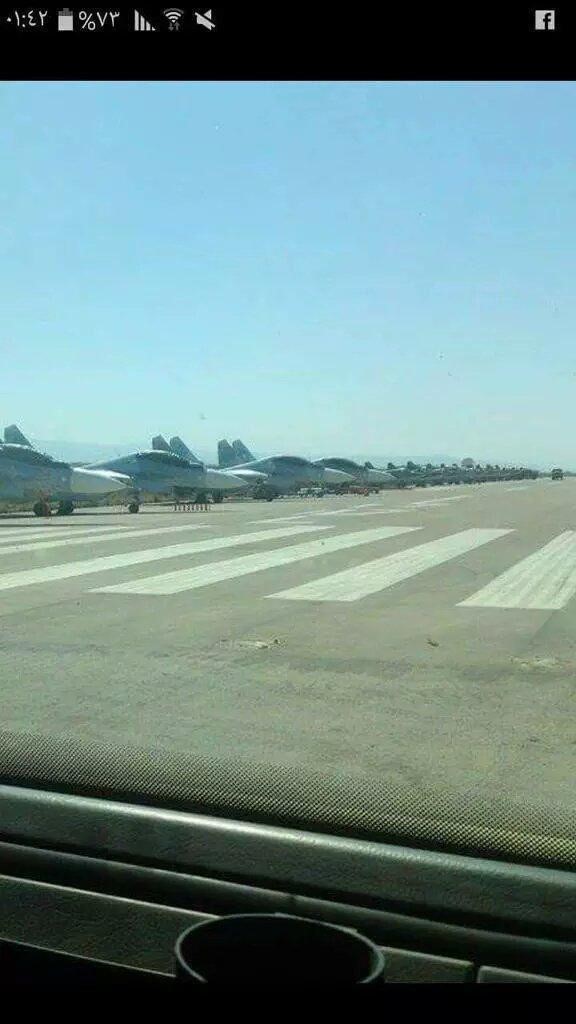 The immediate question is whether or not this image can be verified as being taken at al-Assad International Airport, something that can be easily answered using Google Earth and the original satellite image provided by AllSource Analysis. The first question to answer is where is the camera located? We can see the aircraft are on the left of the photograph, and the white stripes are directly in front of the camera. It’s quite easy to establish that the only location that matches in the satellite image is on the left hand side of the image, with the likely camera position marked in the below image in red. 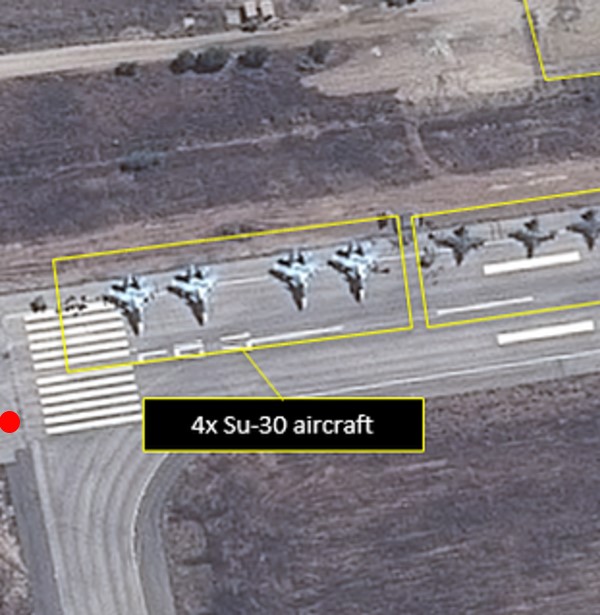 It’s also possible to identify the four aircraft closest to the camera as Su-30Ms, as shown in the satellite imagery, and the remaining aircraft, while not completely clear, fit with the shape of the SU-25s, also seen in the satellite imagery. It’s also possible to the see distinct markings in front of the Su-30Ms on the photograph, as shown below. While not visible on the AllSource Analysis image, a radar is visible on Google Earth satellite imagery that’s also visible in the photograph. 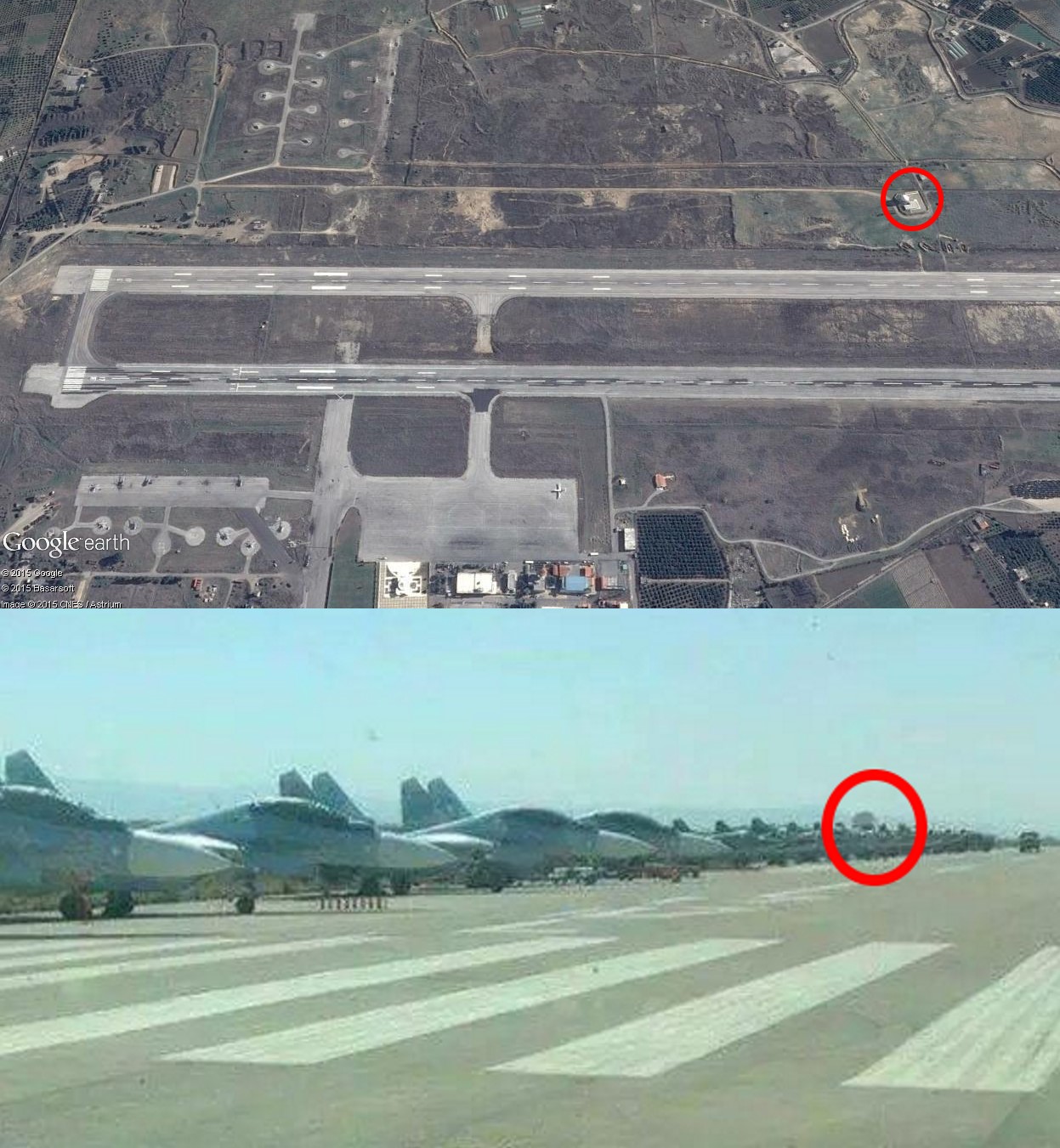 Using these few simple geolocation techniques it is possible to confirm that this photograph shows the recent Russian arrivals at al-Assad International Airport.