During the conflict in Ukraine it has been possible to identify units sighted in Russia that have also been filmed and photographed in Ukraine. The following is an example of the same Msta-S self-propelled 152 mm howitzer filmed in both Ukraine and Russia.

The self-reported location of the video was in Rostov on the Taganrog highway, making that the first location we should check to either verify or disprove. The general location of the video can be established by the license plates visible in the photo—all of which end in either “61” or “161,” the regional plate numbers for the Rostov oblast.

The road has four lanes and has a distinct series of shops on one side of the road—a flower shop (ЦВЕТЫ), construction material shop (СТРОЙМАТЕРИАЛЫ), repair shop (РЕМОНТ), and hardware shop (КРЕПЕЖ), along with a lemonade / kvas kiosk kiosk on the corner.

By following the self-reported location (the highway that goes from Rostov to Taganrog) on Google street view, eventually we come to a location that shows the exact same series of shops, located at the intersection of Taganroskaya ulitsa (Taganrog Street) and Solovyinaya ulitsa. Even though some of the image is distorted or blurred out, this is clearly the same location:

The same Msta-S appeared in a September video, filmed in Novoazovsk, Ukraine, driving along a road at 47.1275441, 38.0892229. While the video contains multiple shots filmed at different positions and angles, it’s possible to confirm the location of the road the Msta-S was driving along. 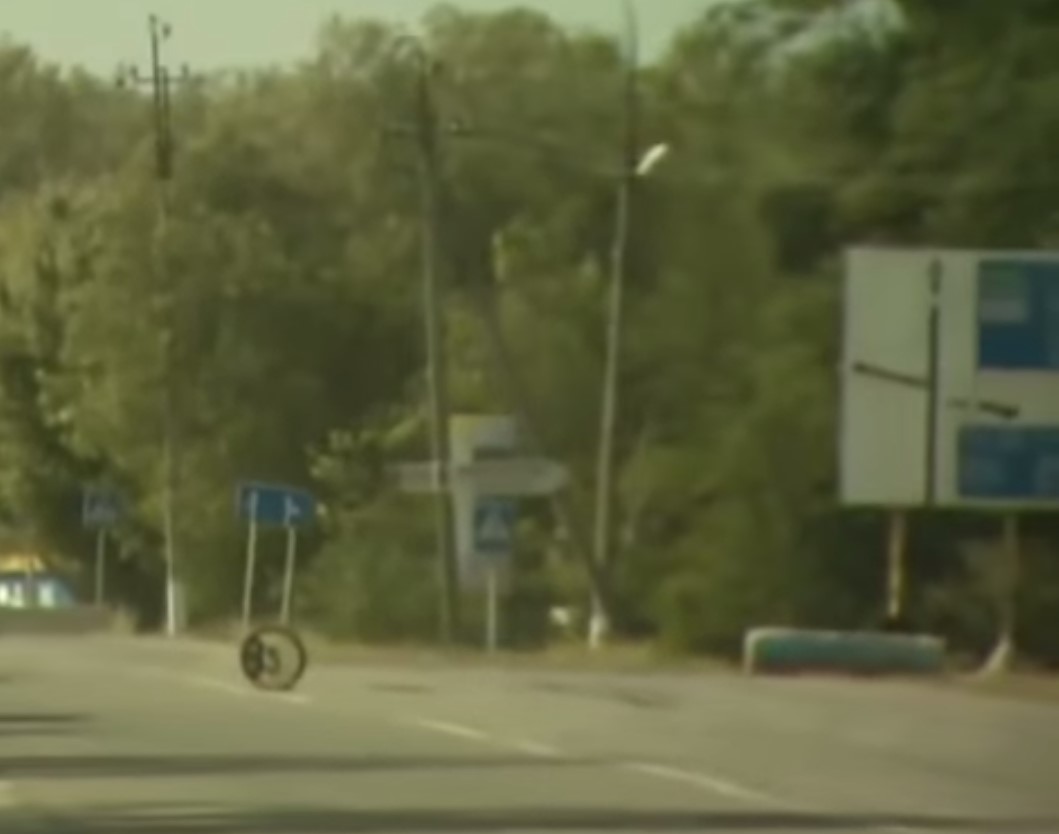 Signs visible in the September video are also visible in an earlier video filmed in 2012 showing an extremely lengthy section of the road. Due to the length of the video it is possible to match multiple features along the road, showing the camera is facing to the west. It’s also possible to establish the shot that shows the Msta-S also sighted in Russia was filmed from approximately the same location. 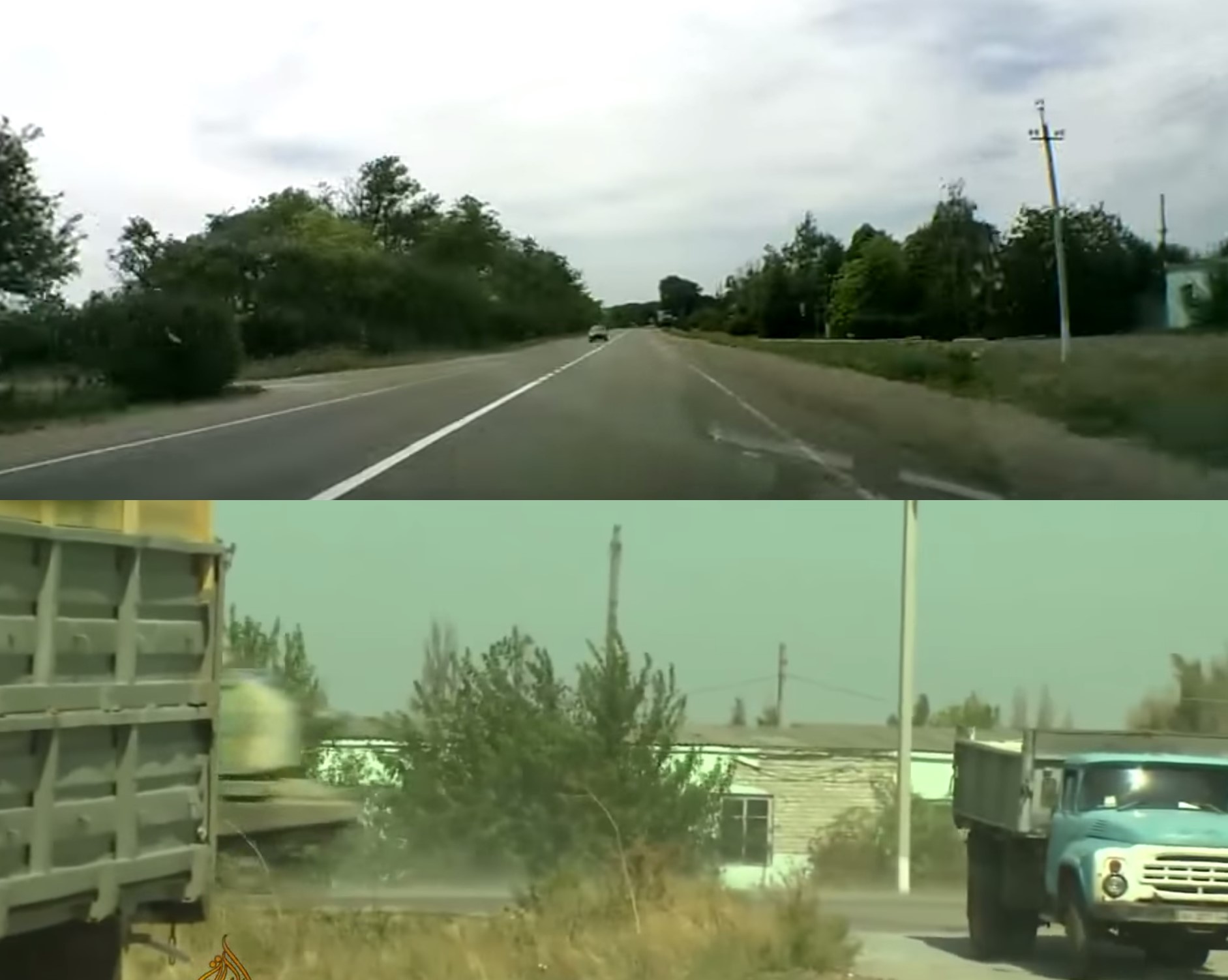 It’s possible to establish the location of the camera in each of those two shots as follows, therefore confirming the same Msta-S was seen in both Russia in July 2014 and later Ukraine in September 2014. 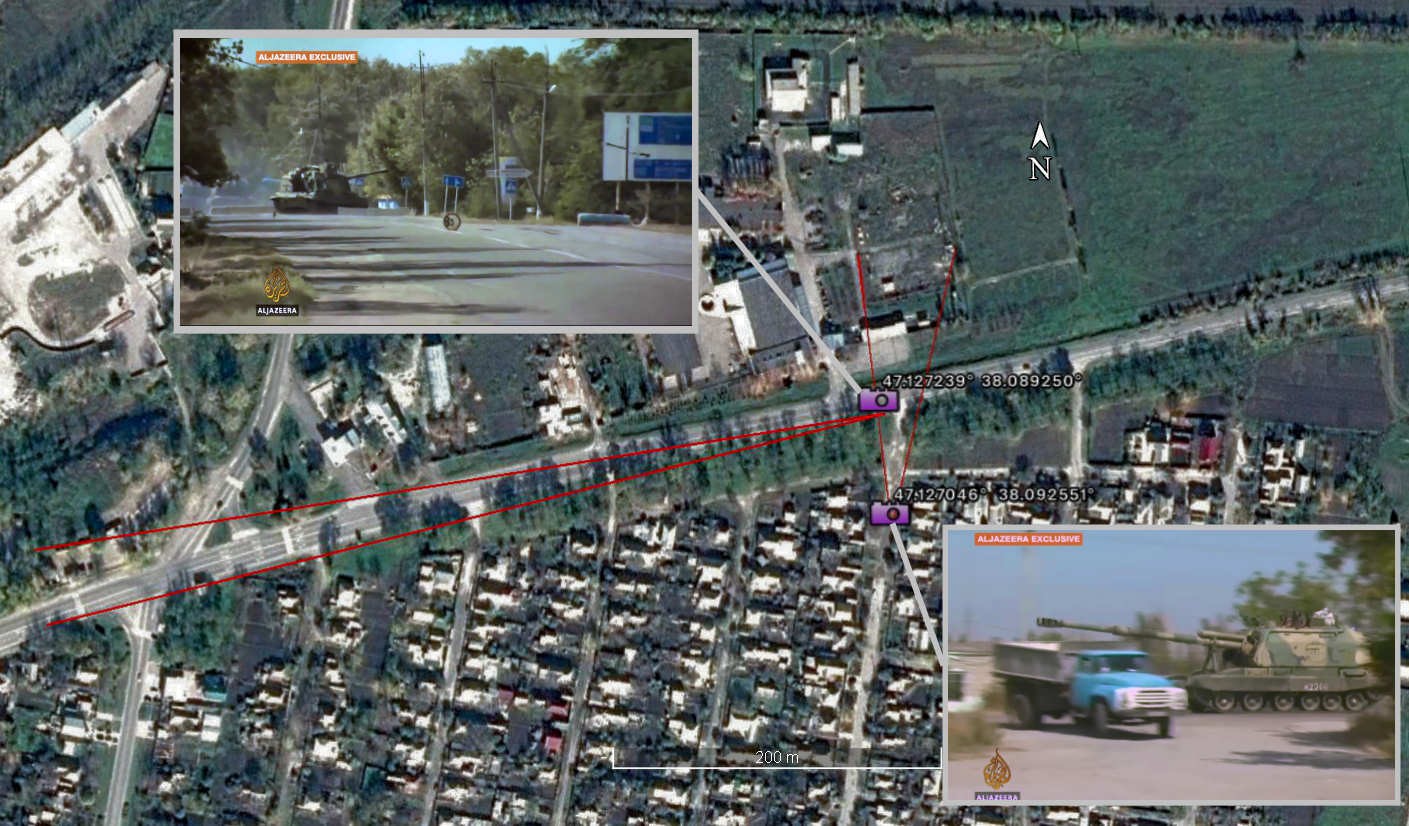 These images were collected as part of the Bellingcat Ukraine Conflict Vehicle Tracking Project, a crowd sourced project aimed at collecting and organising images of military vehicles involved in the conflict with Ukraine.

This example is featured in Hiding in Plain Sight: Putin’s War in Ukraine, available here.