When searching for images near Pavlovka, a site of artillery attacks from Russia to Ukraine, we find a series of images from a soldier named Stanislav Tarasov. These photos can be found on various geomapping services for photos posted to Instagram, including Gramfeed.

By looking at other images in his Instagram, one stands out, showing the soldier holding his gun, facing a village in the background. This image has since been deleted from Instagram, but can still be found on Tarasov’s other social media accounts, including VK (archive) and Odnoklassniki. 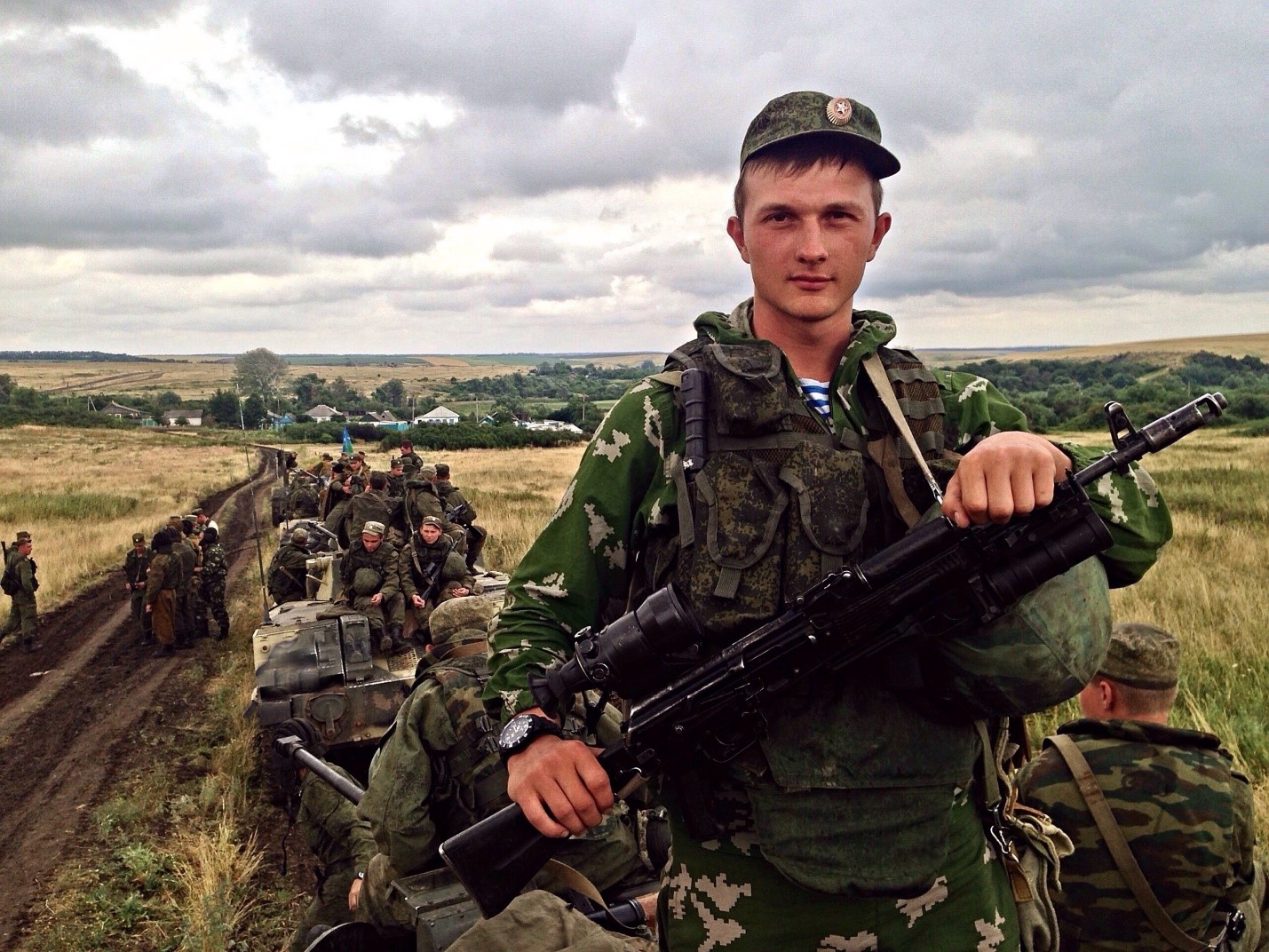 When looking for suitable locations that fit this image around Pavlovka, numerous views facing the small village seem plausible, yet only one will fit all visible features.  Using Google Earth, we can use the historical imagery that most closely matches the time of the photo (Summer 2014). Luckily, there are numerous satellite images of Pavlovka, Russia from August 2014, allowing us to closely match the satellite imagery with the ground-level view from Tarasov’s social media account.

By changing the angle of the camera in Google earth, we are able to recreate the view of the image. By matching the roofs, path, and crop patterns, we can come closer to geolocating this photo. By facing east from the point at 47°56’10.33″N 39°50’2.55″E, the road, brush, and roof patterns match perfectly. 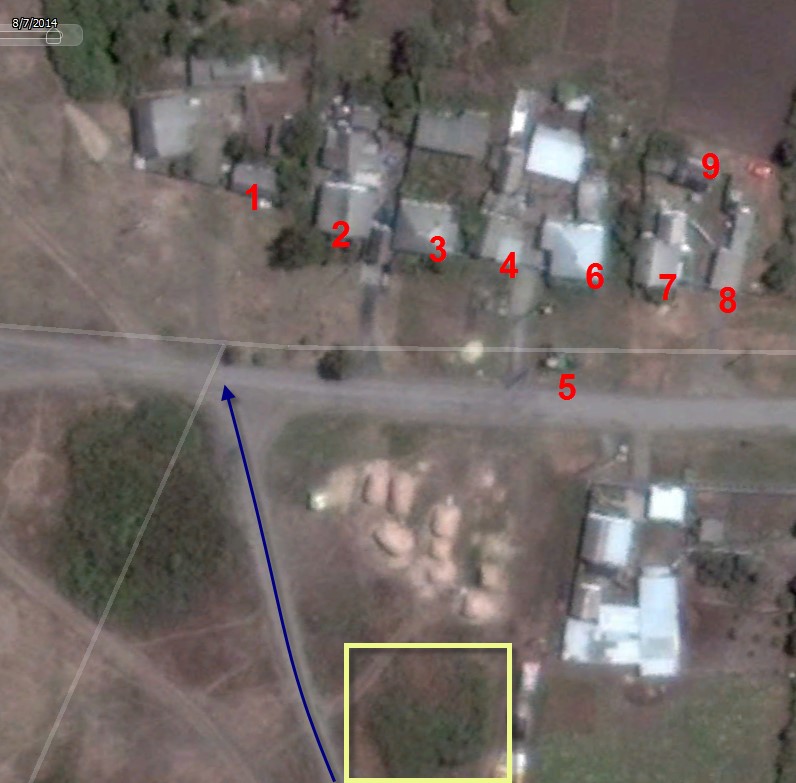 Only the top part of this path (marked with a blue arrow) is visible in the above satellite image, thus the road’s bend is not depicted.

Many factors have changed in the satellite image since the photograph was taken—the wear on the fields with additional roads, some grass patterns, and so on. Additionally, some landmarks visible in the satellite photos, such as additional houses and what appears to be bales of hay, are not visible in the original photo due to the soldier obscuring the view. However, most importantly, the static landmarks match— an especially strong match with the angles of the roofs and the spacing between and sequencing of the houses matching. Due to this, along with the circumstantial evidence of this soldier being in Pavlovka at the time of the photograph’s upload, we can confidently say that this photograph was taken facing east towards the village of Pavlovka in the summer of 2014.

Comment “Markus W.” submitted the following images that further solidify the geolocation above, using extra landmarks visible in satellite imagery. With his permission, below are his findings: 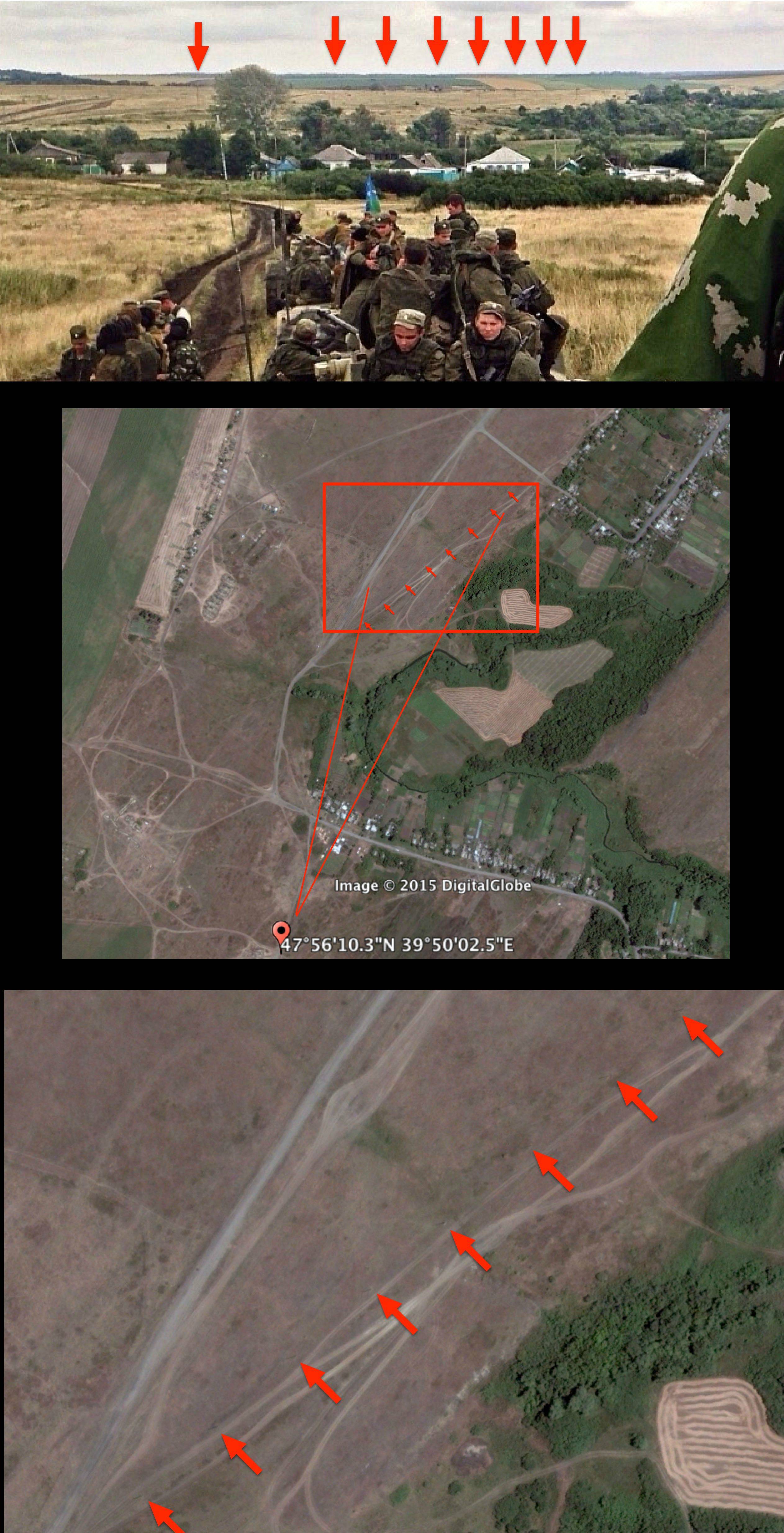 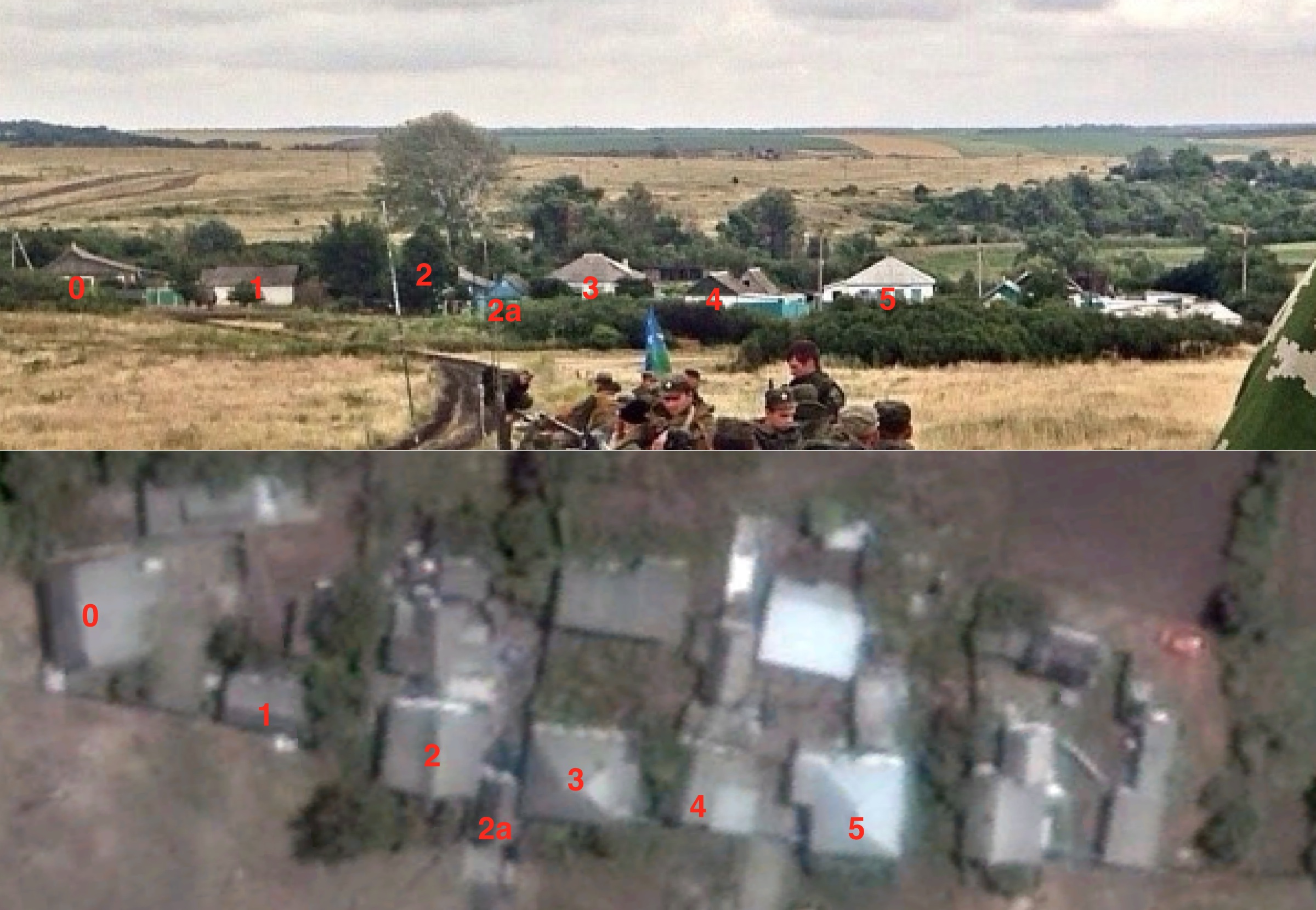