When working on open source and social media investigation there’s occasional images that at first seem as if they would be impossible to verify. The following picture, showing a 9S470 Self Propelled Command Post, was shared with us on Twitter.

The image is significant because it shows what appeared to be one of the units that was part of the military convoy seen travelling through Russia in late June 2014 that contained the Buk missile launcher Bellingcat identified as also being seen in Ukraine on July 17th, and linked to the downing of MH17. In the Bellingcat report Origin of the Separatists’ Buk we were able to track the convoy using images from multiple sources as it travelled through Russia to the Ukrainian border. At the very least this new image would add to the details we had gathered about the route of the convoy, and the original version of the image on VK.com already had location information tagged to it, indicating it was taken in Rossosh, Russia (50.202944, 39.510314). However, despite having co-ordinates it’s still important to match what’s visible in the image with images from the ground, to confirm that the co-ordinates provided are accurate. Google Streetview images of the area are available, but the photograph appears to provide little information that could be used to find its precise location. 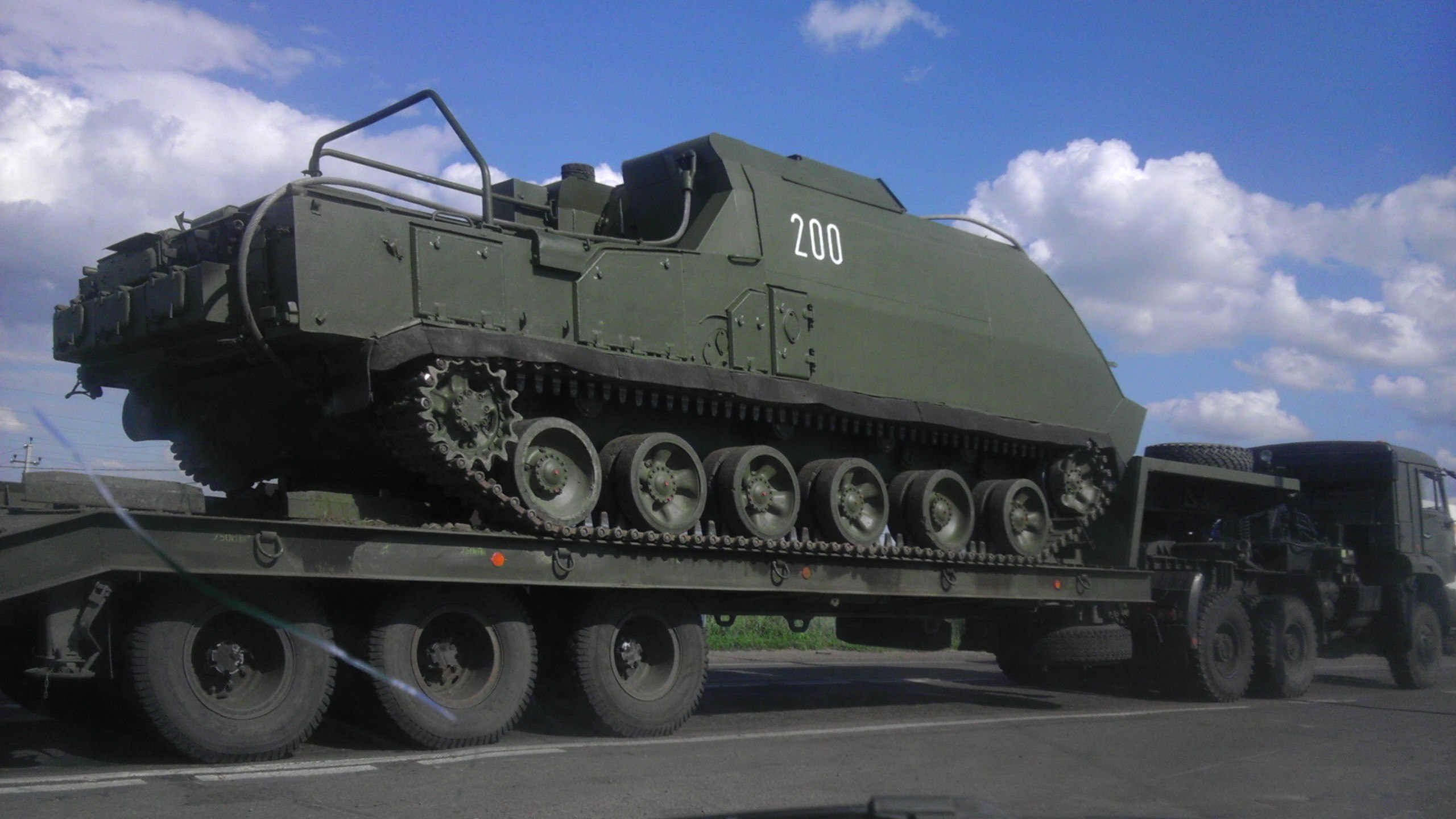 However, there is in fact plenty of information in the image that can be used to match the location. First it is possible to establish the position of the camera in relation to the vehicle by examining the road markings. The vehicle is between two sets of dashed lines, the set that is furthest away extending further to the right than the set closest to the camera. In the Google Streetview imagery the same pattern of dashed lines can be seen, and based on the position of the dashed lines in relation to the solid lines the camera must be on the left side of the below image pointing across the road. 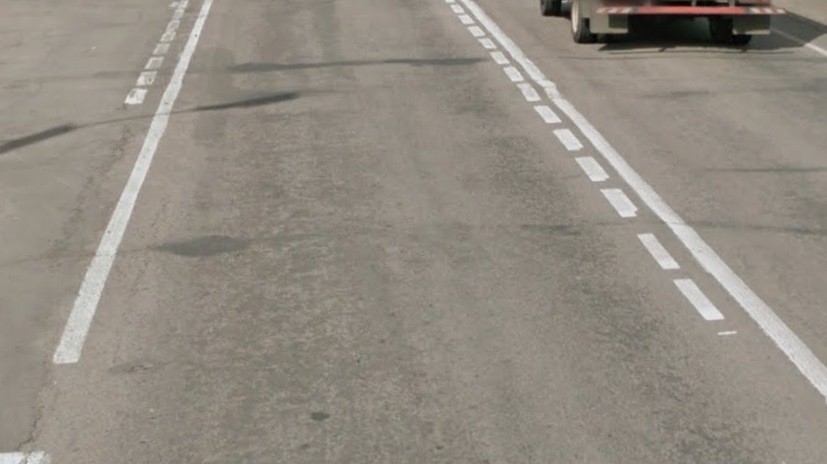 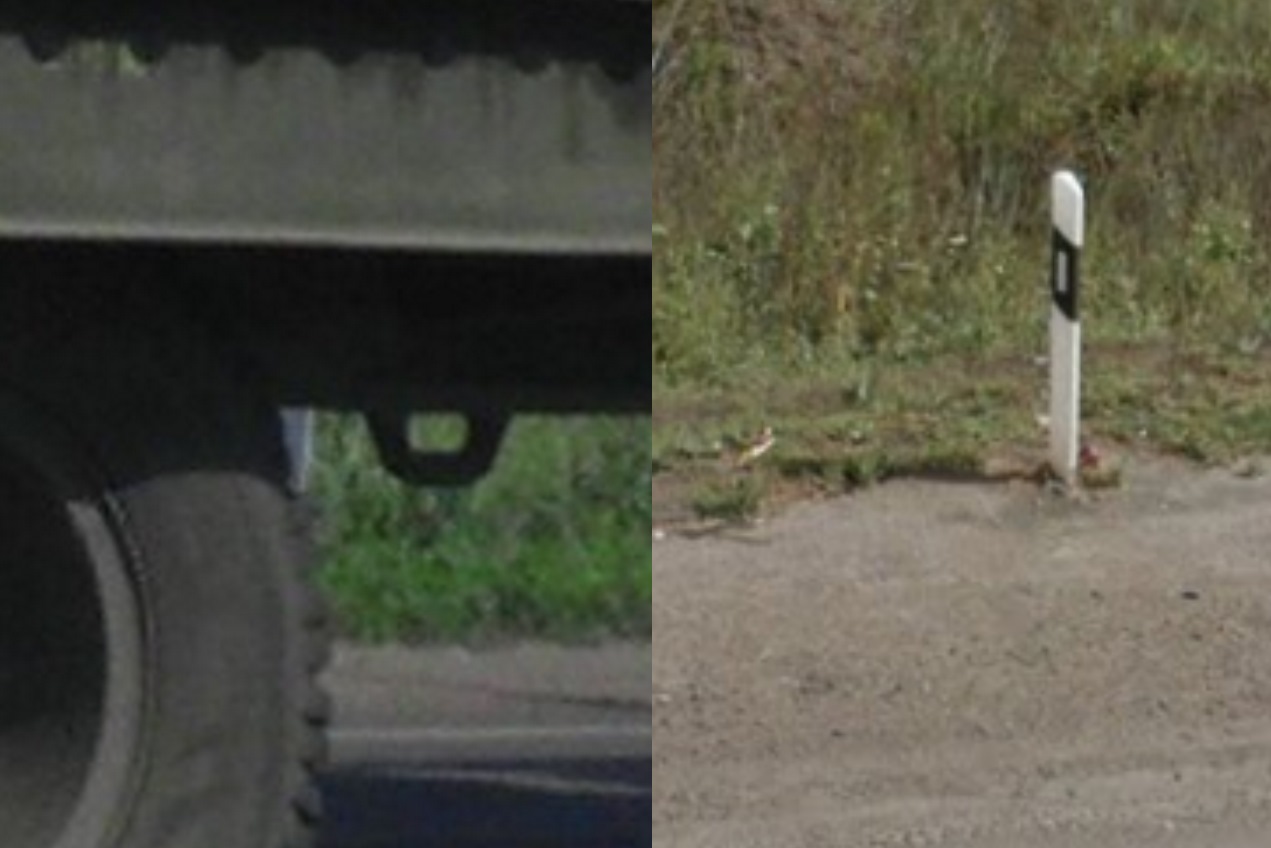 Also visible in the top left corner of the photograph is a pole that also matches the Google Streetview imagery. 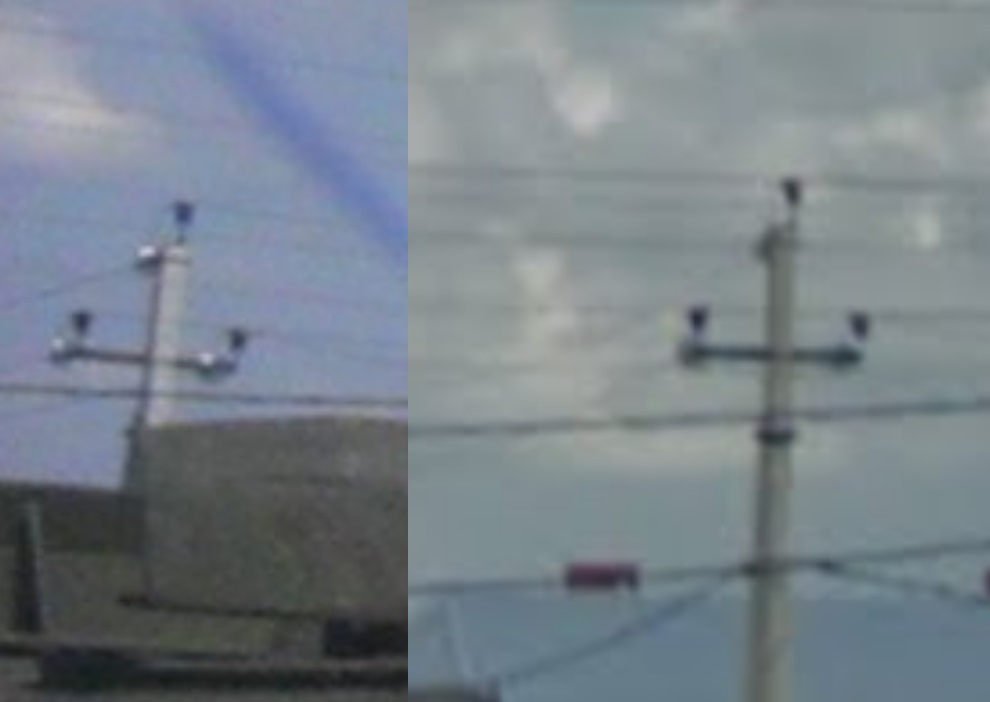 Individually these features are not uncommon, but there is one element of the photograph that is very unusual, and confirms the exact location of the vehicle. A crack is visible in the photograph, running through the middle dashed line, with a patch of discolouration around it that matches to what’s visible in the Google Streetview imagery. 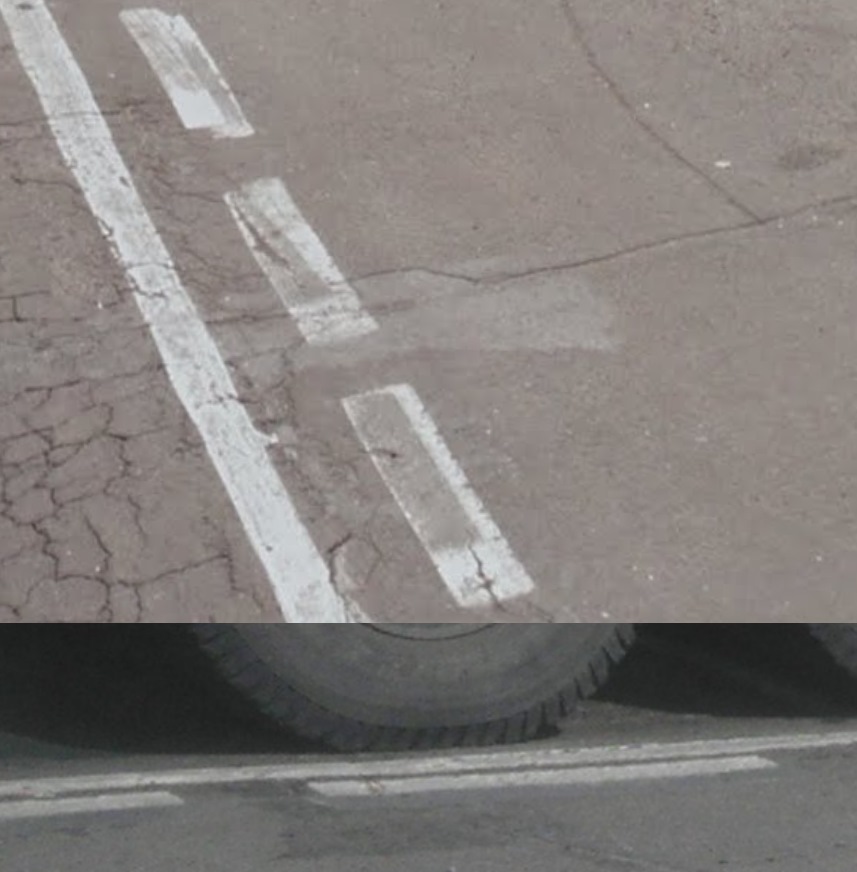 Unlike other matches in the photograph this pattern of cracks and discolouration would be something that’s very unusual, and combined with the other matching element would establish this as the exact location. This shows that even when a photograph appears to provide no useful information it’s still possible to find the exact location it was taken.