One of a series of videos that shows a convoy containing the Buk linked to the downing of MH17 was reportedly filmed near the town of Millerovo. The following demonstrates how it’s possible to use a combination of satellite map imagery and Google Street View imagery to find the exact location the video was filmed.

The video was originally uploaded here, with the date and time on the camera shown to be 11:31am on June 25th.

Based on details visible in the video it seems clear the video was filmed on this road running south of Millerovo towards the Ukrainian border 25km to the west, with the road in Ukraine continuing to rebel held Luhansk.

Google Streetview in that area ends at the point where the video begins.

There’s a number of elements of the Streetview image and video that matches. For example, here the position of large poles and the shape of the tree line matches 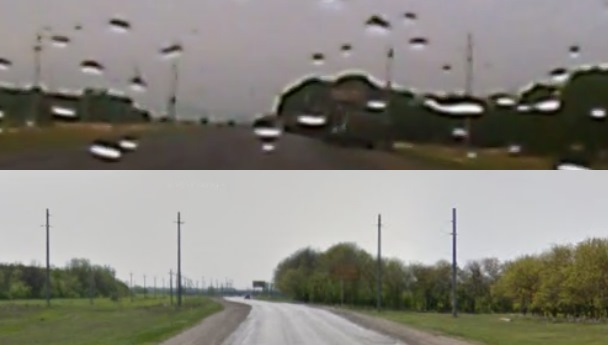 At the start of the video, on the right hand side of the road the small pole with a blue sign is also visible (left three images from the video, right hand image from Google Streetview) 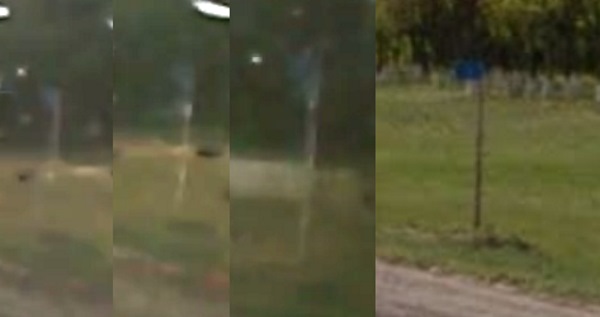 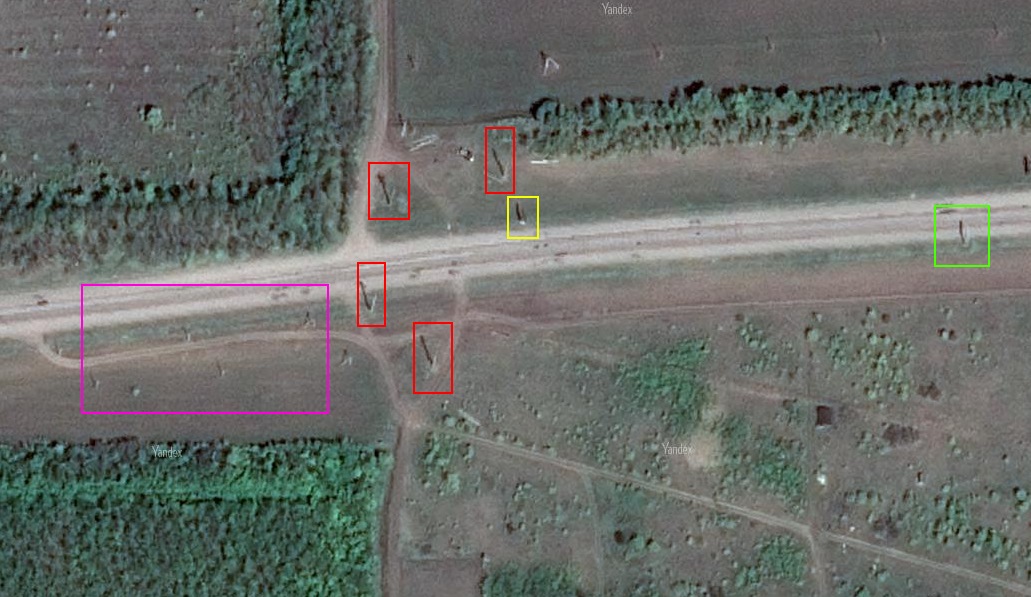 Green = The billboard that’s is just out of view at the start of the video.

Red = Four large poles, either side of the road.

Yellow = A large sign on the north side of the road.

8 seconds into the video the large sign on the north side of the road is visible, just before the large poles, and the two rows of smaller poles Slightly further along the road the large poles are visible, as are individual smaller poles 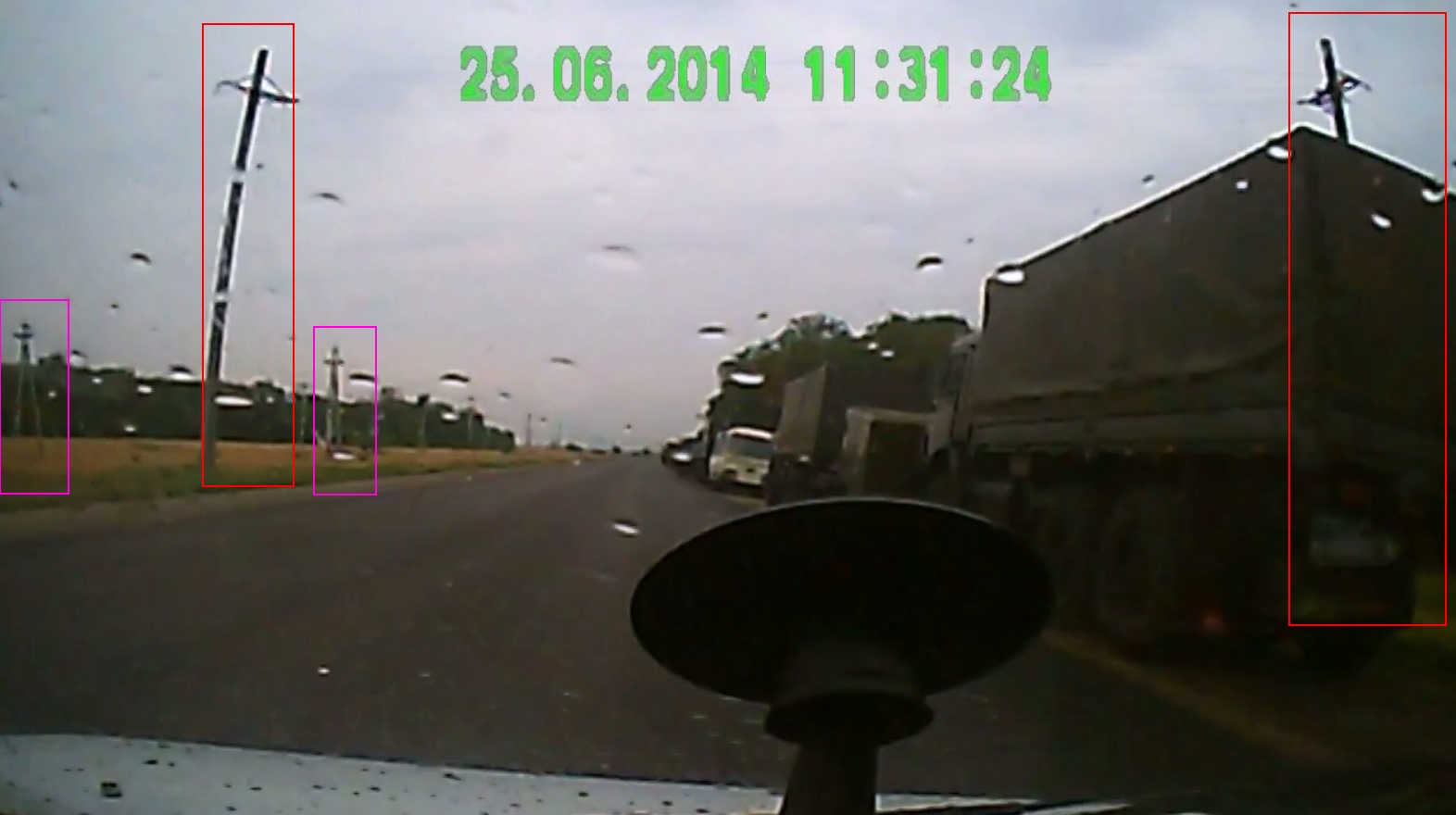 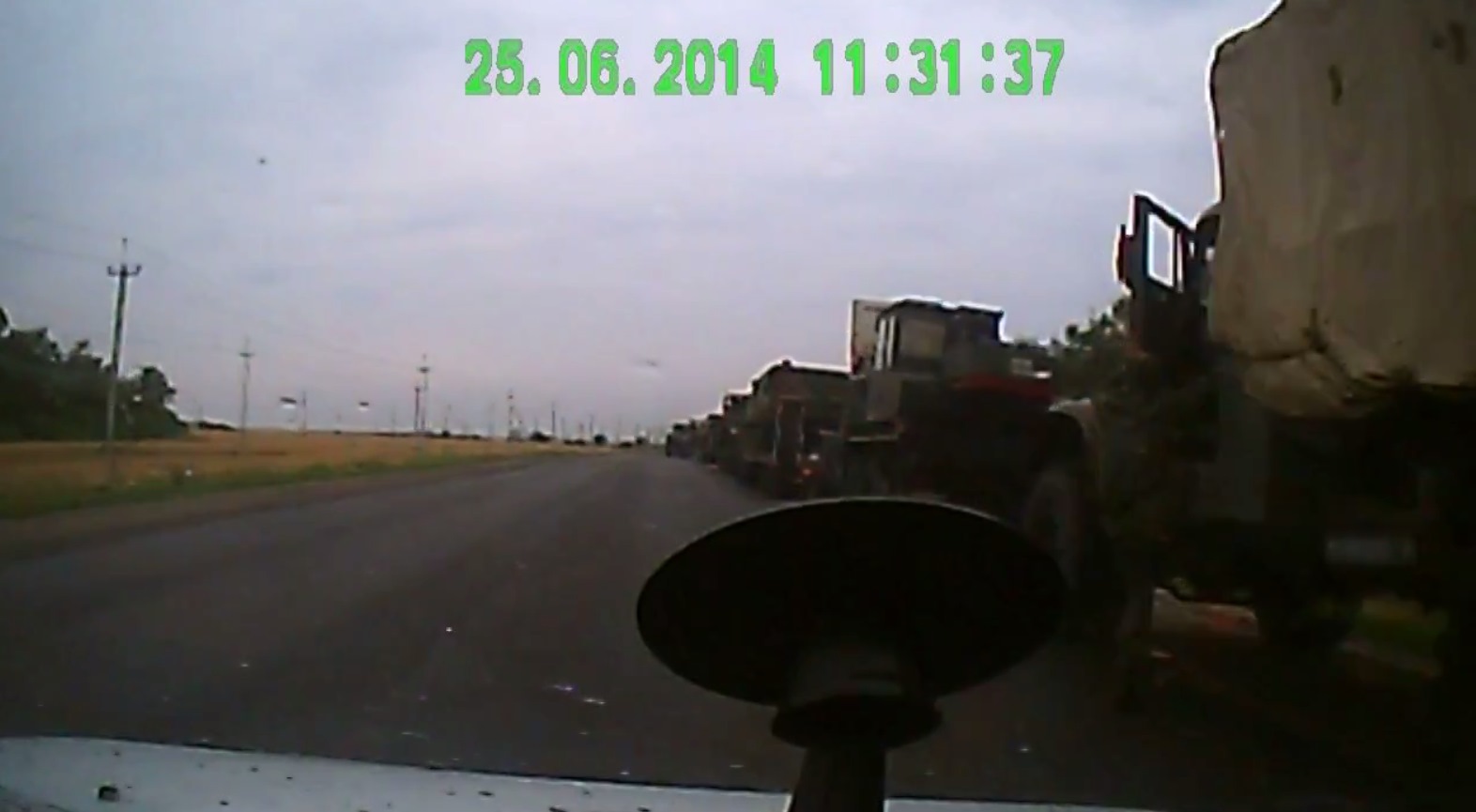 It’s also possible to count the number of smaller poles the car passes, and based on this we can say the car stops at the end of the video at the 9th pole, shown below in red, with a sign on the right hand side of the road also visible, shown below in yellow 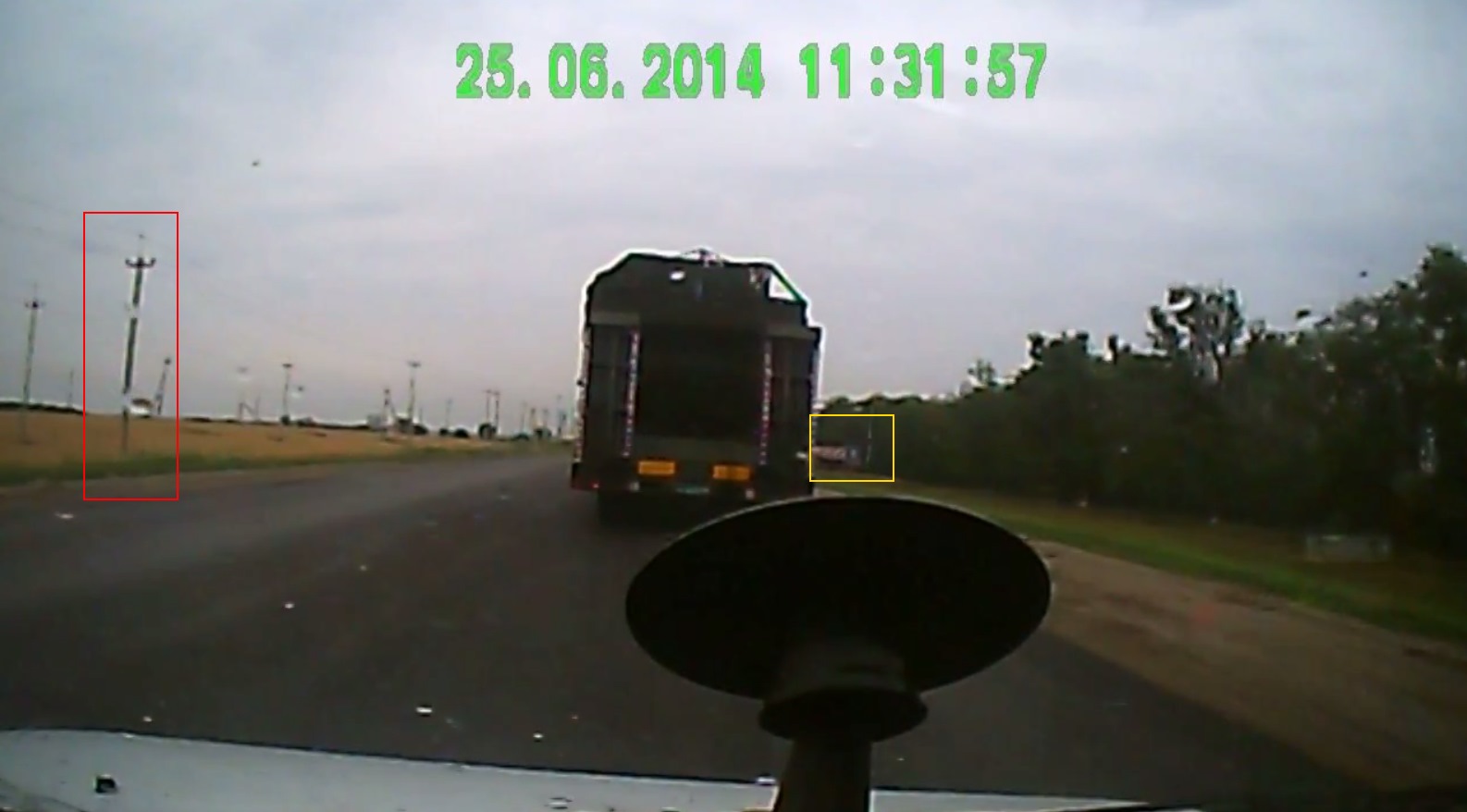 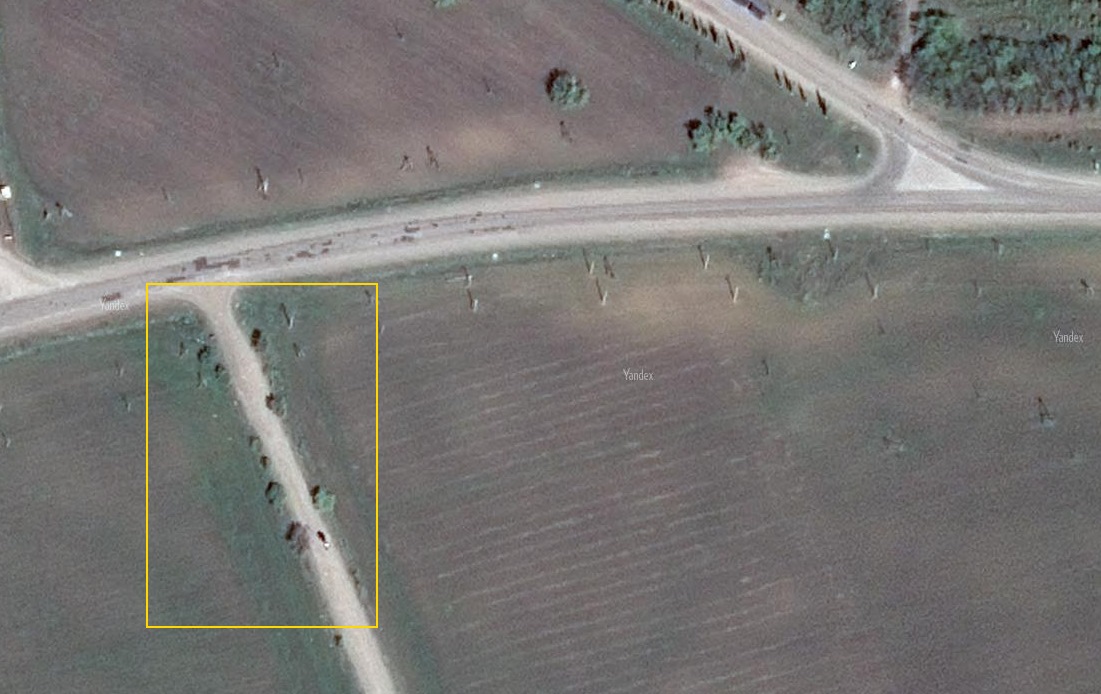 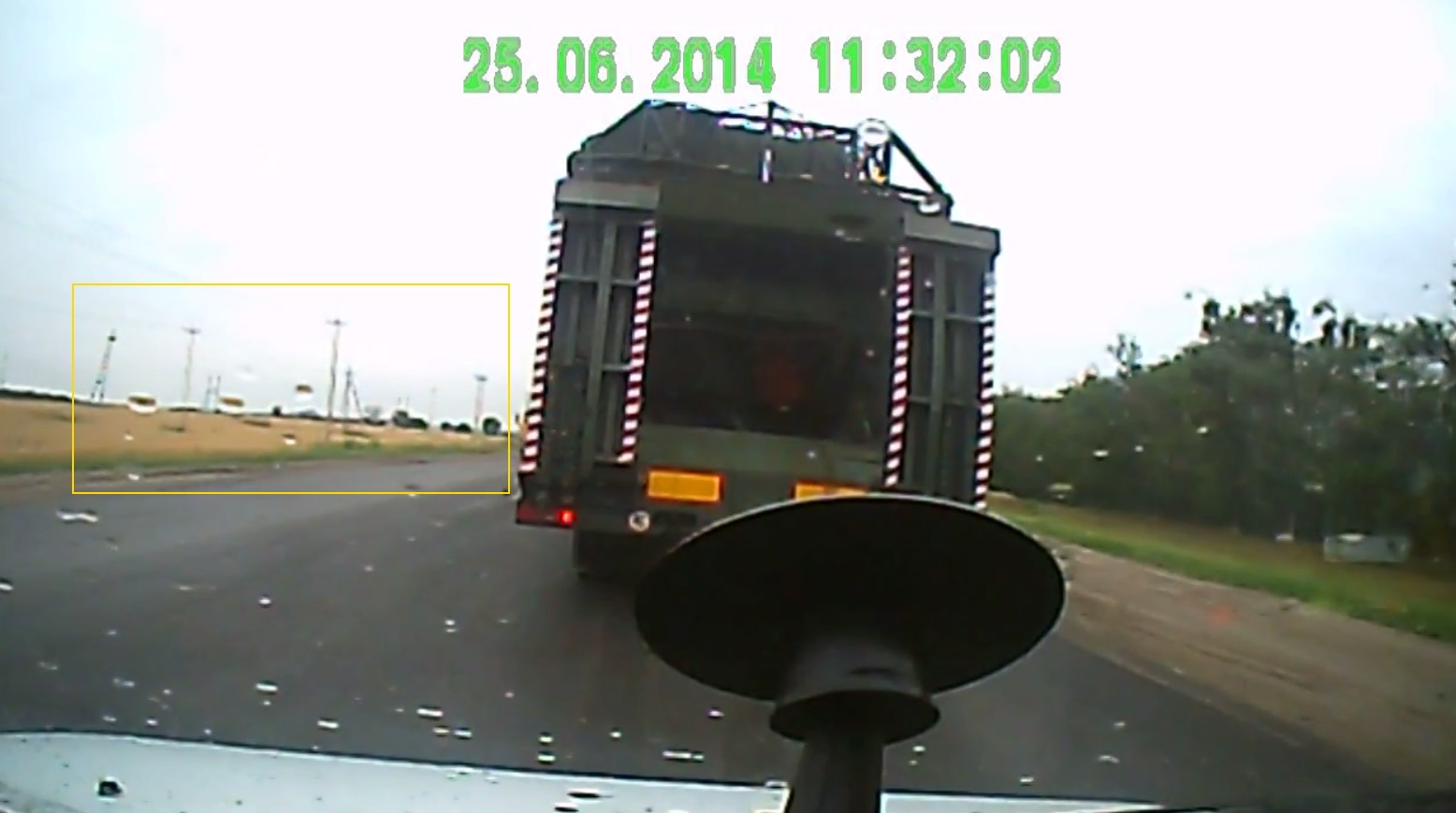