Recent weeks have seen numerous reports that an explosion in Yemen was a “nuclear bomb” or even a “neutron bomb”.  These particular reports, about a large explosion in Yemen in late May 2015 are largely re-circulating due to articles in the widely derided and generally discredited Veterans Today. It is clear to me, for reasons that I will explain below, that the reports of nuclear warfare in Yemen are a fabrication, and that a large conventional explosion has, once again, fooled the unwise, uneducated, and/or deluded into thinking that a nuclear weapon was used.

One would think that a nuclear explosion is self-evident and obvious. But the smaller end of nuclear devices well overlaps with the higher end of conceivable conventional explosives.  The smallest tactical nuclear weapons in the Cold War had explosive yields measured only in tens or hundreds of tons of conventional explosives.  It is reputed that the US W48 155mm nuclear artillery shell had an explosive yield equivalent to not more than 100 tons of TNT.  Few people left alive today have first person experience of what a nuclear explosion looks like, and many people have an uninformed, caricatured, or stilted idea of what one might look like.

This is Part 1 of several.  In this article I will provide an overview of the history of explosions and events that were alleged to be nuclear detonations.  Part 2, next week, will describe the effects of small nuclear explosions and some of the evidence that they would leave behind, so that one can compare the established body of knowledge with the various incidents that are described in this post.

The History of Mis-Attributed Explosions

Ambiguity between conventional and atomic explosions is not unknown.  There is a long history of other events becoming confused for nuclear explosions, a history that dates back almost to the birth of nuclear weapons.  A small amount of research reveals a number of instances where some event has confused at least a few observers.  It is worth recounting some of these historic examples to put the Yemen incident into proper context.

In July 1944, at Port Chicago (in the San Francisco Bay area), there was a terrible accident that caused the explosion of many tons of munitions.  320 people, mostly African American military members, were killed.   The incident, its aftermath, and the investigation of it were mired in scandal.   A website mostly known for conspiracy theories includes this claim alleging that the explosion was actually a test of a nuclear weapon.  As this claim is completely at variance with the known history of the US nuclear weapons program, it is extremely suspect, to say the least.

On April 16, 1947, the SS Grandcamp, a French cargo vessel carrying over 2000 tons of ammonium nitrate (a fertilizer as well as an explosive) caught fire and exploded in the port of Texas City.  The resulting explosion was one of the largest in (non-nuclear) history, and resulted in at least 581 deaths, and many thousands of injured, rating as one of the worst industrial disasters in US history.  The explosion was mistaken by some as a nuclear explosion.  Seismic readings in Denver, Colorado, were mistaken as a nuclear detonation.  Strategic Air Command briefly elevated the US DEFCON, believing that a nuclear attack may have occurred. 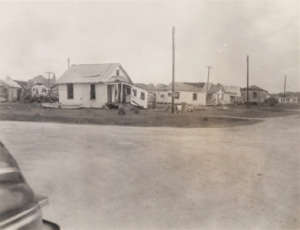 At various points in the Vietnam War, both the US and South Vietnamese militaries used a device known as the BLU-82 “Daisy Cutter”, a large conventional device designed to clear landing zones in dense vegetation. In addition, fuel air explosives (FAE) were used at various times.  Both BLU-82 and FAE create quite dramatic effects.   In the 1990s I spoke with both Vietnamese and ex-Soviet military personnel (who had served as advisors in North Vietnam) who told me that field reports from Vietnamese regulars and guerrillas had reported the use of these weapons as tactical nuclear devices. 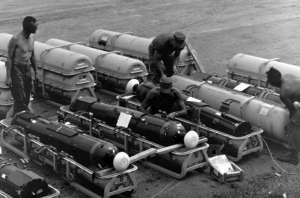 On May 13, 1984, a stockpile of naval missiles exploded near the town of Severomorsk.  A large number of surface-to-air missiles were destroyed and the five day fire imperilled the storage area for nuclear weapons.  The flash and seismic shock briefly caused US intelligence to believe a nuclear explosion had occurred.

In January 1991, a BLU-82 bomb was used by the US military to attempt to clear a minefield.  Both Iraqi military personnel and a nearby British SAS patrol allegedly reported this explosion as a tactical nuclear device. 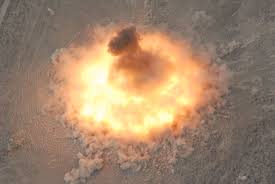 At least one of the many conspiracy theories surrounding the 1995 Oklahoma City Federal Building bombing alleges that “micro-nukes” had been planted inside the building by the FBI and Bureau of Alcohol, Tobacco, and Firearms.

Several conspiracy theories (here and here) allege that the destruction of the World Trade Center was actually destroyed by atomic demolition munitions, not hijacked airplanes.

A small number of conspiracy theorists (examples here and here)  claim that the US Army and/or Marine Corps used one or more tactical nuclear weapons in Fallujah in 2004.  An alternative theory is that the US used the battle there to dispose of old nuclear weapons no longer needed.  Interestingly, no particular explosion is cited in these theories. 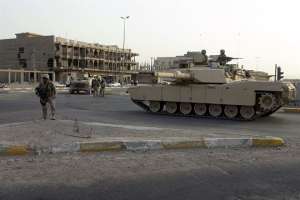 US Marines and M1A1 Tank in Fallujah. Photo: USMC

On 17 April 2013, a fire at a fertilizer plant in the town of West, Texas (near Waco) caused a large conventional explosion of many tons of ammonium nitrate. 15 people were killed and over 150 were injured.   Again, conspiracy theorists have claimed that this was actually a nuclear explosion.

In 2013 Veterans Today alleged that the Israeli military has used nuclear weapons three times in air strikes against Syria.  Interestingly, one of these websites either deliberately or inadvertently confuses the concept of “nuclear bunker buster” bomb (i.e. conventional device designed to take out bunkers that are hardened against nuclear attack) and nuclear bomb.

There was a large conventional explosion in February 2015 at a factory engaged in production of chemical components for ammunition and industrial explosive, near Donetsk  in Ukraine. Various social media accounts and websites reported this as a nuclear explosion.

A large explosion in Yemen in May 2015 was reported in various non-traditional new sources (here and here)  as a “nuclear bomb” and a “neutron bomb”.  Various sources blame Israel or Saudi Arabia for this incident.   “Neutron bomb” is a popular term for a small yield nuclear device that produces a higher fraction of prompt radioactivity than other similarly-sized nuclear devices.  Incidentally many myths and misconceptions about “Neutron bombs” are in circulation.

Coming in Part 2:  The Effects of Small Nuclear Weapons and Their Telltale Evidence, or how we can tell that these events were not nuclear detonations. 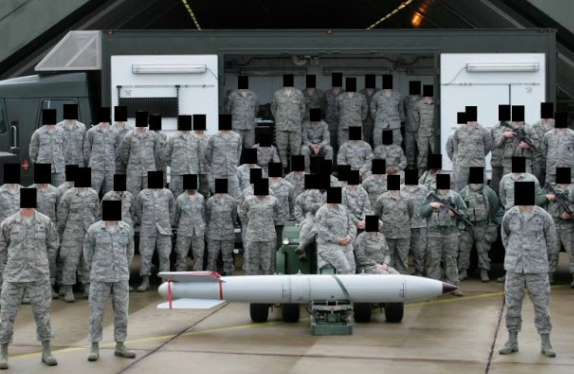 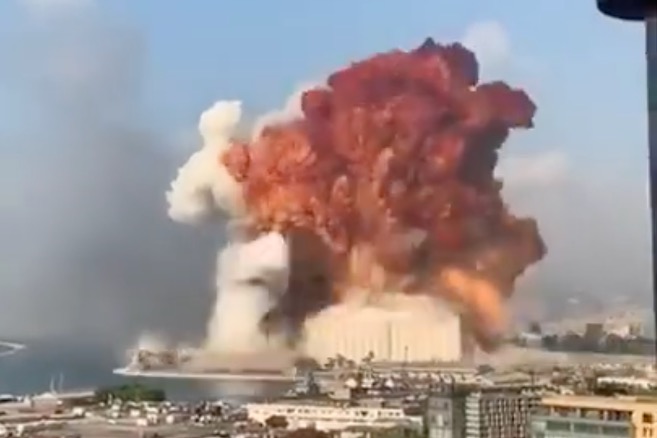