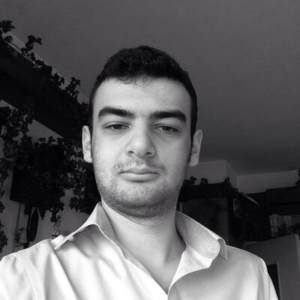 This article was contributed by Yordan Tsalov as a series of analytical reports titled “Kremlin’s Favorites in Europe”, with the support of Journalismfund.eu.

Following the exposure of the Russian hacking’s magnitude and persistence in Europe, on 3 June 2020 Berlin proposed the first implementation of EU-wide ‘cyber’ sanctions, which would target the individuals involved in the Bundestag 2016 attack. The policy, however, was met with some opposition from the German Left, Die Linke, despite the fact that they were also victims of the cyber intrusion. The party claimed that even if Russian nationals were involved in the hacks, this in fact could have been a conspiracy to blame Moscow.

“It may be that Russian citizens are behind the ‘Bundestag hack’, acknowledged Andrej Hunko, spokesman for European policy in Die Linke, “but perhaps it’s a false clue intended to throw off the scent.”

Even if such a sophisticated false-flag operation is not the case, Die Linke’s spokesman, goes on to argue that “..in any case, to this day there is no evidence of Russian government involvement in the hacking attack.” The statement, perhaps expectedly, disregards US law-enforcement’s findings (the Russian national indicted in the hack, Dmitry Badin, is already on the FBI’s wanted list identified as “Officer in the Russian Federation’s Main Intelligence Directorate of the General Staff (GRU)“). However, Hunko’s assertion is also at odds with Germany’s own federal police’s assessment, as well as transparent and verifiable open-source data confirming Badin’s affiliation with the GRU.

While unsubstantiated, this position of Die Linke’s European policy spokesman is consistent with his other claims on foreign matters. On most major issues his views track closely with Kremlin’s position. For instance, Andrej Hunko appeared at TASS-branded press-conference claiming that the downing of MH17 was just “huge propaganda against Russia to establish economic sanctions”. In the same event he would say that the West is to be held responsible for not seeking ways to legally recognize Crimea. He also traveled via Russia to Donetsk and posed for a photo with the EU-sanctioned ex-leader of the Donetsk militia.

Hunko also doubts whether Russia was indeed behind the Skripal poisoning, and believes the Western response was actually revenge for “Nord Stream 2, or the World cup? A good acquaintance already said that it was about Syria”, he contemplated in an interview.

All those positions of Hunko on Russia and Ukraine, it is important to point out, are not universally accepted within the party, as other high-ranking members have denounced Kremlin’s actions. Nevertheless, Hunko is still a spokesperson of Die Linke and has been instrumental in defining their policy.

Proletarians of some countries – unite!

It is not uncommon for a far-left movement to have a soft spot for the Soviet Union, and too readily its members would extend those warm feelings towards Putin’s Russia, despite the latter being anything but left-wing or progressive. As many of these fringe political parties are anti-establishment by definition, they are more welcome targets for Russian influence operations. The story of Andrej Hunko appears to be a case study of the alignment between a European anti-establishment party and the Kremlin’s narrative. It shows not only the expected political sympathies, but also a method in which Russia can use Western politicians as its messaging surrogates.

In 2011, Sergej Kiritschuk, a young Ukrainian self-declared communist, founded the Party Borotba (Struggle). Following the Maidan protests in 2014, Kiritschuk fled Ukraine and relied on his Die Linke contacts to receive political asylum and get a job in Berlin. He developed a special relationship with Andrej Hunko, which grew into support on a party-level with Die Linke, branding Kiritschuk as an ‘anti-fascist´ being persecuted by the new Ukrainian government.

Kiritschuk and Hunko appeared at multiple meetings together, one of them even interviewed the other, reinforcing the many Kremlin talking points against Ukraine (how the country was in the hands of fascists, and had become a pawn in NATO’s geopolitical games, etc.) The German party would even send Kiritschuk to international conferences, where his stories would cause a pan-European group of MPs to express concern about the rise of nationalism in Ukraine.

Die Linke was so intertwined with Kiritschuk’s agenda that eventually they almost hosted Ukrainian far-right activists, presented by their Ukrainian comrade as “anti-fascists”. At Kiritschuk’s initiative, Die Linke invited to Germany members of the Odesa-based far-right group “Motherland” (Родина). They were planning to hold a meeting in the office of the left-wing paper “Neues Deutschland”, but soon were exposed by leftists activists and the meeting was cancelled. The Borotba Party and Hunko have often received harsh criticism from Ukrainian left-wingers for their cooperation with far-right and imperialist organizations, including the aforementioned Motherland group and “Slavic Unity” (Славянское единство)

Andrej Hunko chalked that incident up to a misunderstanding and even issued a press release in defence of Kiritschuk. In the statement, released on his website, he reminds his readers that his connections to the Ukrainian left go way back to 2012, and when it comes to Kiritschuk’s party: “The entire leadership is in exile, all offices have been destroyed, attempts have been made to kidnap their members on the street. I think it is an absolute minimum requirement of international solidarity to give them the opportunity to speak.”

And indeed, Die Linke not only has given Kiritschuk the ability to speak, they effectively gave him the opportunity to set their Russia policy and present it on the international stage.

All of this could be written off as the byproduct of innocent, while often dysfunctional, ideological bed-fellowship. However, there is reason to believe Kiritschuk is not simply a politically active Ukrainian refugee who happens to be ideologically attracted to pro-Russian policies and invites far-right, pro-Russian activists to his gatherings. As a leaked email archive would reveal, Kiritschuk and his political party Borotba appear to be taking orders quite literally from the Kremlin.

In October 2016, Ukrainian hackers calling themselves Cyber Hunta released more than a gigabyte of emails and other material from the office of one of Vladimir Putin’s top aides, Vladislav Surkov, who is in charge of Russia’s foreign policy in Ukraine and the breakaway “republics” of the north Caucasus. In particular, these leaked documents pulled back the veil on Kremlin’s direct involvement in the “separatist” movement in the Donbas. Bellingcat and DFRLab have independently confirmed the authenticity of the emails after their release.

Among the many groups to which Surkov wrote talking points was none other then the “left-wing” Ukrainian party Borotba, including for Kiritschuk himself.

One of the leaked documents is a letter by Aleksei Chesnakov, a Russian political scientist and adviser to Surkov. In this email, Chesnakov provided Putin’s aide with a list of influential media personalities upon whom “Russia can count” to amplify its propaganda throughout Ukraine. Three key members of the Borotba party were on that list of surrogates – including Sergey Kiritschuk.

Further, there is evidence that Kiritschuk was far from passive in reproducing Kremlin propaganda. A comparison of several emails containing Surkov’s own talking points about the Russian invasion, and the downing of Malaysian Airline’s flight MH17, with publications by the Kiritschuk and other Borotba members show striking similarities. In one instance from the summer of 2014, Kiritschuk managed to insert every single talking point from Surkov’s email in one of his articles about MH17.

The replication of Kremlin propaganda did not stop with Borotba. Later that year all those talking points, with direct Kremlin provenance as seen in the leaked emails, appeared in an inquiry signed by Andrej Honko and several of his colleagues from Die Linke.

For example, Surkov’s email ‘Thematic lines’ for 20-27 July 2014 states on the topic of MH17 ‘there are reasons to believe that the audio files, in which [pro-Russian] rebels discuss how they took down a civil airplane, are fake.”

This claim, along with several others from Surkov is repeated in Kiritschuk’s article from 22 July 2014: ‘In the [wiretapped] speaker’s opinion those audio files appear to be fake.’

By 9 September 2014 those words were already in a Die Linke paper with questions to the government. ‘..can it be excluded that the telephone conversations allegedly intercepted by the Ukrainian secret service, which have put the blame with the separatists and Russia for the crash of flight MH17, have been manipulated’, the Die Linke report queries. The Die Linke paper cites a debunked Kremlin allegation that a key telephone intercept contained metadata suggesting it was recorded on the previous day.

It is also important to point out, that the Kremlin-originating allegations are unsubstantiated, as multiple investigations, ranging from open-source verification by Bellingcat, to court trial authentication by the Dutch authorities, have confirmed the authenticity of the audio files.

All other talking points from Surkov’s mail in relation to MH17, found their way to both Kiritschuk’s post and – ultimately – Die Linke’s paper. The journey of the propaganda talking points – from the Kremlin, via a Ukraine surrogate, to the German Bundestag – was complete.

Correction: an earlier version of this article imprecisely quoted a paper with parliamentary queries from Die Linke as claiming that intercepted phone calls pointing to Russia’s link in the downing of MH17 were manipulated. In fact, the inquiry asked the Federal Government if they can exclude the possibility that such phone intercepts may have been manipulated. A quote from Mr. Hunko was also changed to reflect the original English phrasing he used.

On the Cyber attacks in Germany:

Grozev, Ch. Who Is Dmitry Badin, The GRU Hacker Indicted By Germany Over The Bundestag Hacks?, Bellingcat, May 5 2020

On the German Left and Kremlin: