Tanks of Buhaivka: A training facility in Eastern Ukraine

On March 16, 2017, popular Ukrainian Twitter user @GirkinGirkin published a tweet sharing imagery of armored vehicles, including tanks. The user claims that the photographs were uploaded on the same day near Buhaivka, Luhansk oblast, thus in an area currently not under the control of the Ukrainian government. After analyzing new satellite imagery from Digital Globe captured on Wednesday, March 15, we can confirm that Russian-separatist forces currently have dozens of pieces of heavy military equipment near Buhaivka.

Buhaivka, located at 48.416415 38.858286, is south of Alchevs’k and about 40km west-southwest of Luhansk. The nearest Ukrainian positions are about 35km north and west of the camp. The distance to government-controlled Popasna is around 43km, and to government-controlled  Svitlodars’k – one of the hotspots of the fighting in this winter – around 47km. Because of its position, Buhaivka and the surrounding area fall within the agreed withdrawal lines for certain military equipment, and the presence of such equipment would constitute a violation of heavy weapon withdrawal agreements. 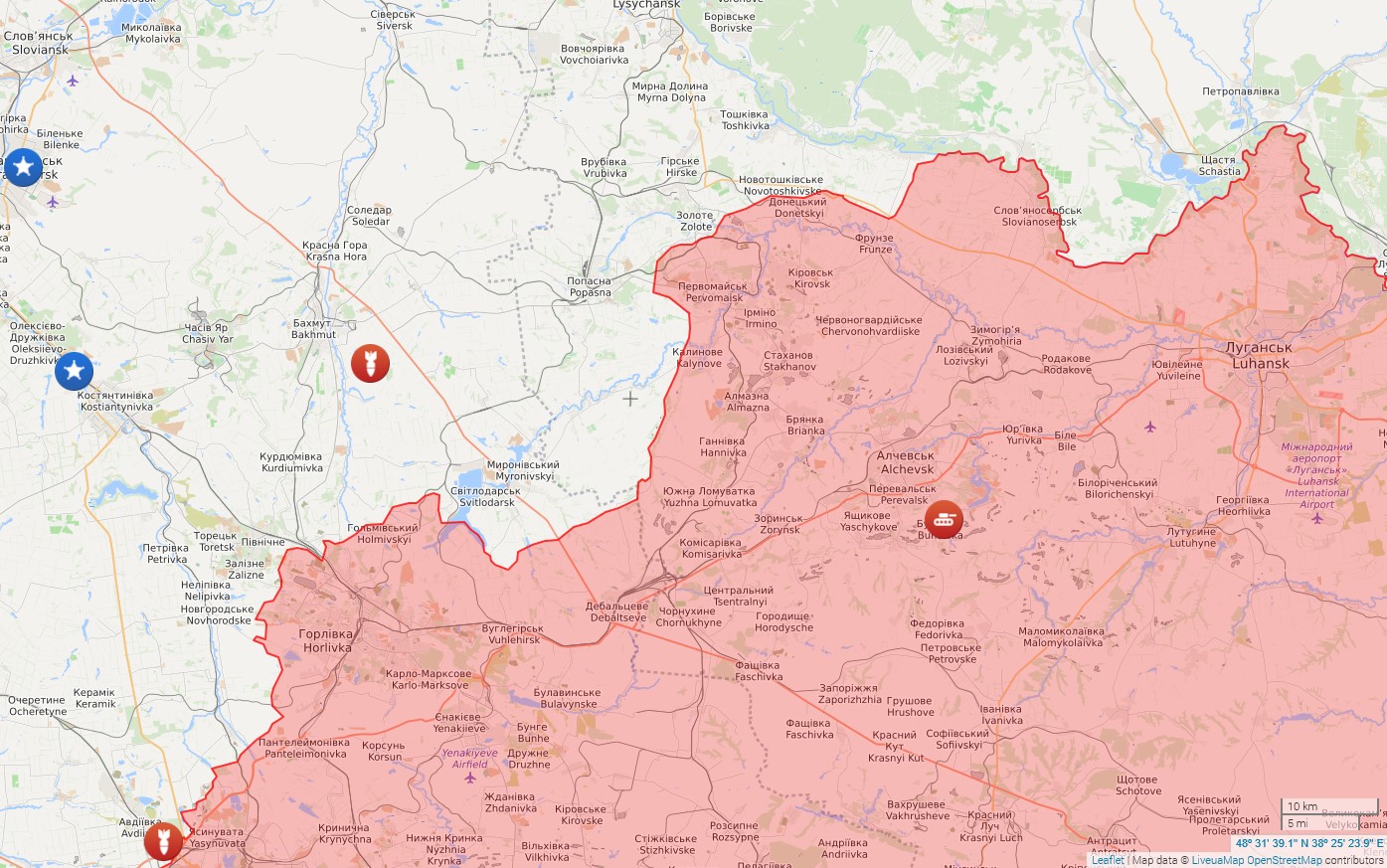 Already in summer 2015, a military facility – almost certainly a training facility – was established in the area south of Buhaivka. On June 4, 2015, the area showed no signs of the later facility. On July 20, 2015, tracks indicating intensive usage and the presence of military equipment in newly-created camps became visible. The available imagery in Google Earth documents ongoing usage in the area from this date until February 16, 2016, the last available date for satellite imagery in Google Earth for this area. Already in July 2015, tanks were visible in the facility, and towed howitzers later make an appearance.

The presence of military equipment in this area was also reported repeatedly by the OSCE, such as in its reports for December 1, 2015, November 11, 2016, January 5, 2017 and March 9, 2017. The OSCE reports strongly indicate that the facility was used after February 16, 2016, the date of the last available satellite imagery in Google Earth. However, the fluctuating number of observed vehicles in these reports indicates also that there is no constant presence of the same equipment in the area. It should be noted that monitors in the OSCE reports clearly differentiate between tanks and howitzers, e.g. in the report for January 5, 2017, only the presence of howitzers is considered as a “violation of the withdrawal lines”, while the presence of tanks is classified as “weapons beyond withdrawal lines but outside of assigned sites.”

The latest satellite imagery from Digital Globe (catalog ID 102001005CAD9B00) further documents the ongoing usage of the facility and also quite likely a violation of heavy weaponry within the withdrawal lines. Digital Globe imagery showing the area on Wednesday, March 15, 2017 shows multiple armored vehicles in the camp area in the northern part of the training facility. With some certainly we can assess that more than 30 of them are tanks. Additionally, around 20 objects – identified as likely being D30 howitzers – are visible also in the imagery. The presence of the later would be a violation of the agreed withdrawal lines. 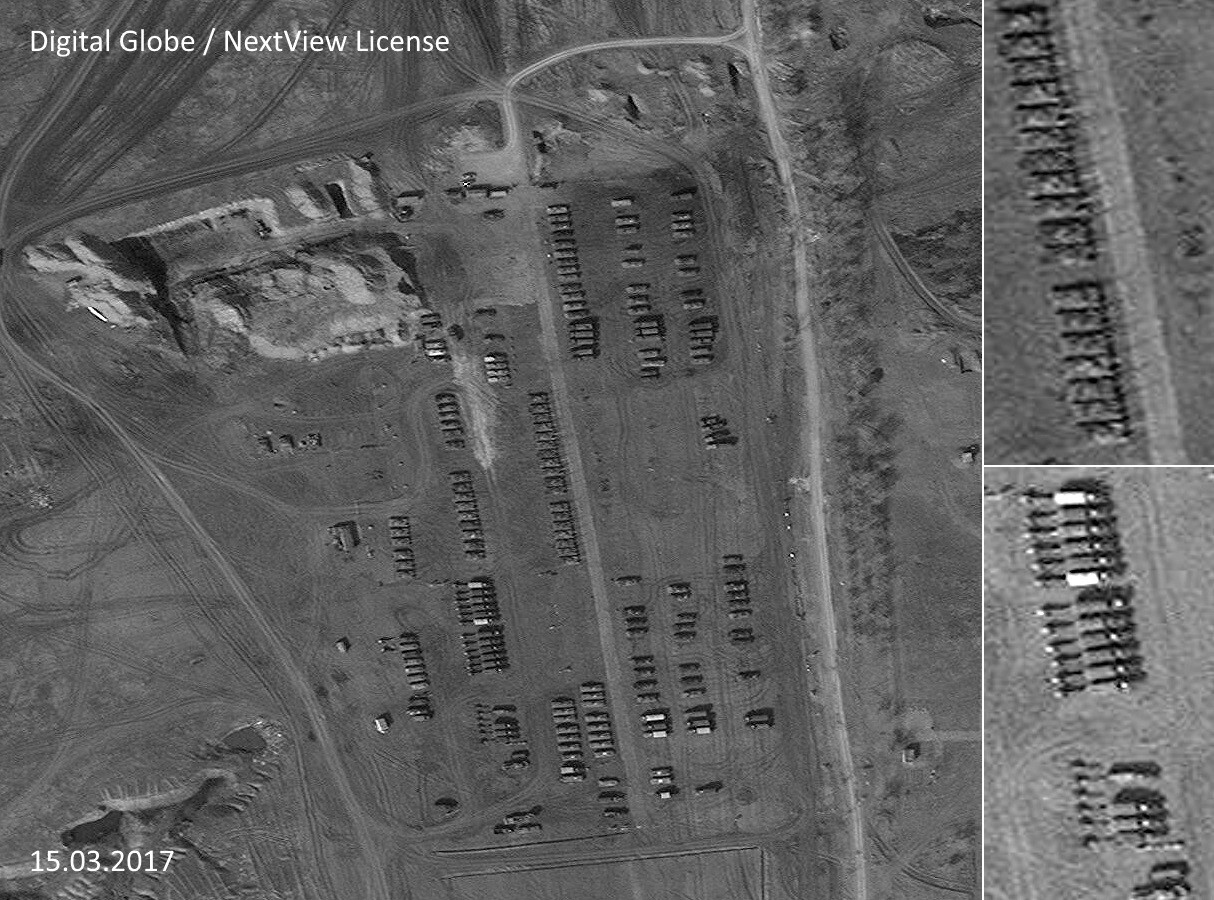 It is not possible to verify the locations of the photographs shared by @GirkinGirkin allegedly showing the tanks in the area near Buhaivka, as the images do not show discernible features allowing a clear geolocation. However, the claim that tanks are in the area of Buhaivka is documented by the most current satellite imagery from March 15, 2017, and can therefore be considered as confirmed. Additionally, it is also possible that howitzers were positioned in this facility on that day. 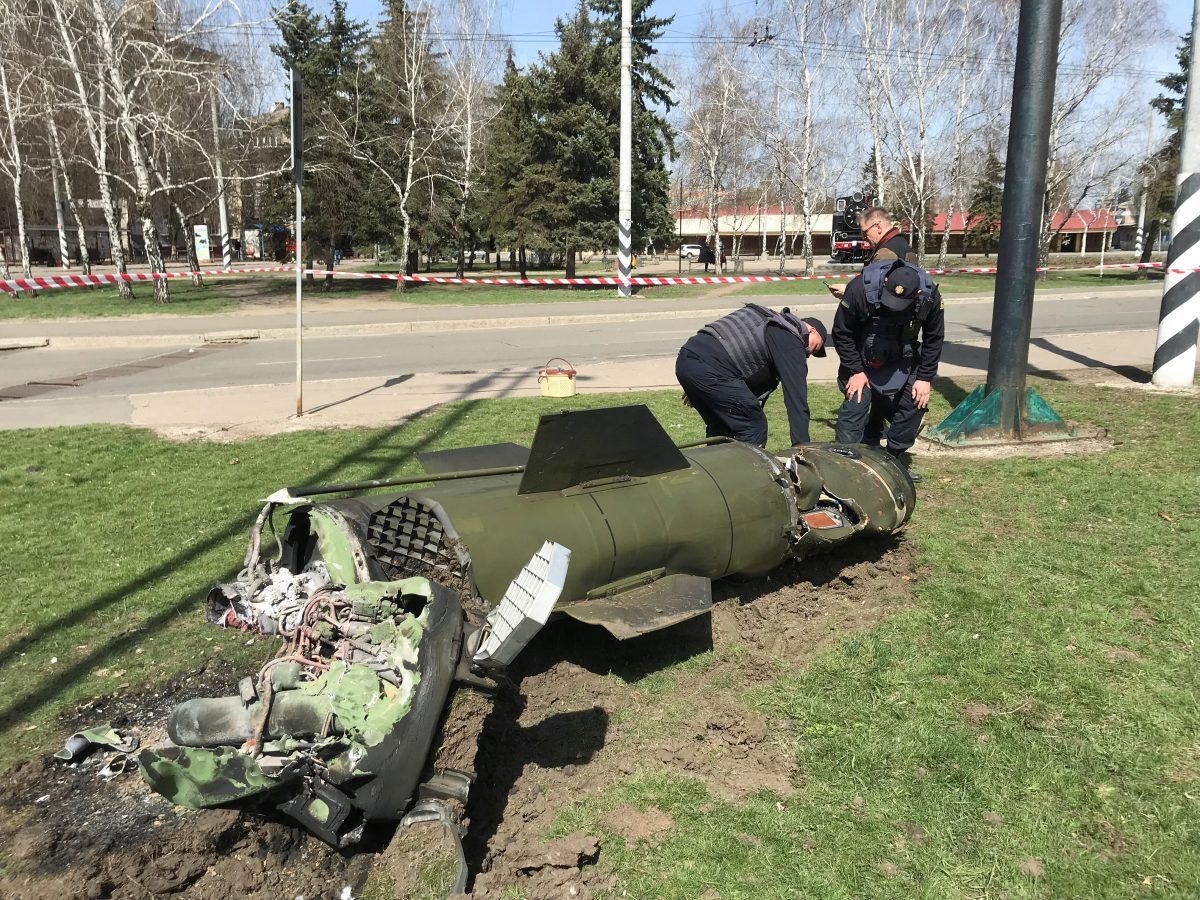 Russia’s Kramatorsk ‘Facts’ Versus the Evidence 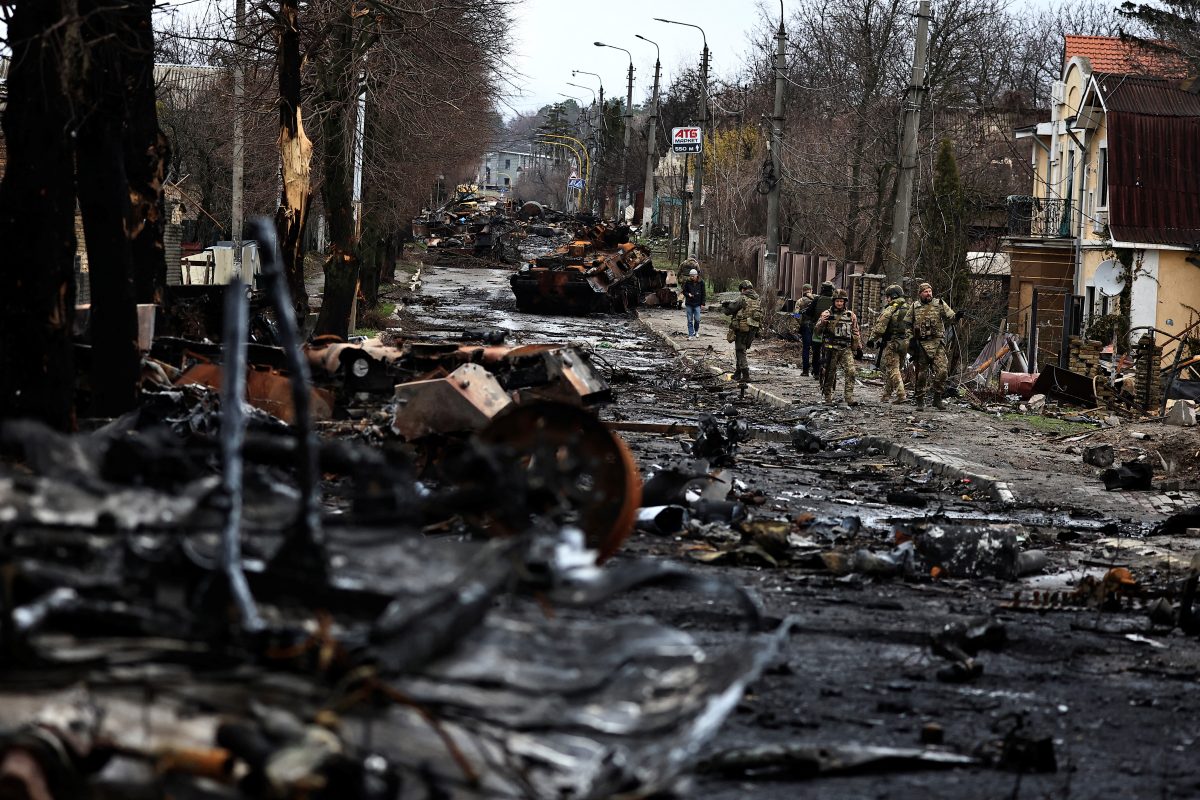